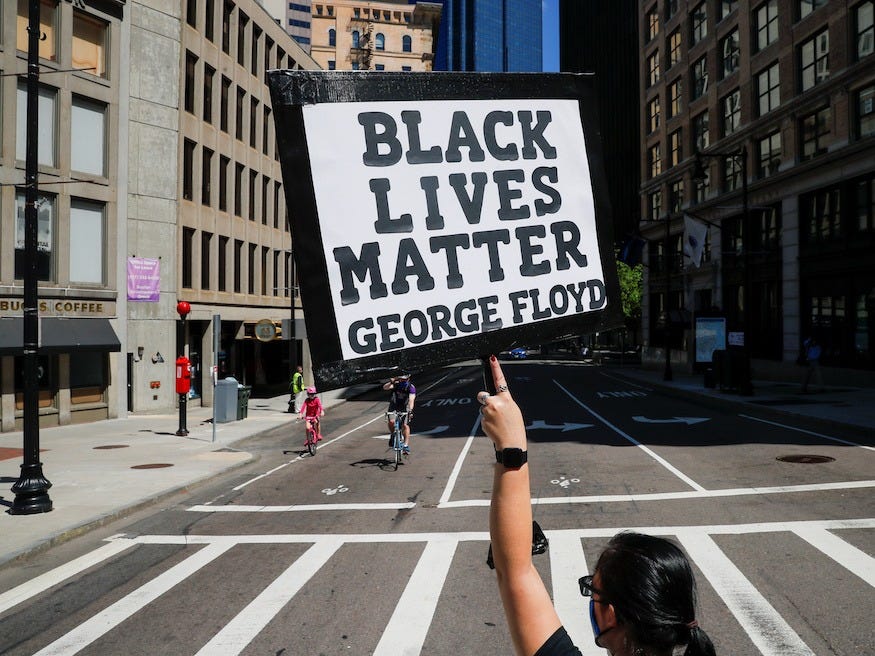 Instagram was flooded with posts of black squares on Tuesday as social media users around the world participated in the so-called Blackout Tuesday protest.

The idea of this protest, which was thought up by workers in the music industry, is to pause business for the day to show solidarity with the Black Lives Matter movement after the death of George Floyd.

“It is a day to take a beat for an honest, reflective and productive conversation about what actions we need to collectively take to support the Black community,” music executives Jamila Thomas and Brianna Agyemang, who are spearheading the initiative, wrote online.

Beginning early Tuesday, brands and retailers from around the world – including fast-fashion giant Boohoo, Rihanna’s Savage x Fenty, Nordstrom, and Madewell – jumped in on the Blackout Tuesday protest, sharing the black square on their Instagram feeds with the hashtag Blackout Tuesday. At the time of writing, there were nearly seven million posts listed under this hashtag on the platform.

LA-based denim brand Lucky Brand took it a step further and issued a statement on Monday confirming that it would be closing its website, offices, and stores on Tuesday too. The brand has about 250 stores in North America.

“Employees will be given paid time off to reflect on the recent events in Minneapolis and demonstrations throughout our nation. This day away from work is an intentional cease of commerce and typical business operations, both as a statement of unity and empathy for the Black community’s ongoing plight,” it said.

Lucky Brand said it is encouraging its workers to use the day to demonstrate peacefully, work with their local community, or volunteer with local organisations “to help with the clean-up of destruction caused by looting in Los Angeles neighbourhoods.”

There has been some backlash online around the Blackout Tuesday protests, however, as critics say that some of these posts are also tagged with the Black Lives Matter hashtags and are therefore clogging up this feed on Instagram and obscuring important posts about protests.

please be careful with the hashtags you include in the blackout tuesday posts and don’t silence the black lives matters messages https://t.co/2B58d1kYBR