Twenty-seven migrants are suffering “serious” physical and psychological effects after being stuck on an oil tanker for six weeks, a humanitarian nonprofit has said.

The migrants, who were picked up by the Maersk Etienne as their rickety boat sank in early August, had been adrift because no country allowed the tanker to dock with the migrants on board.

Supplies on the ship had been running low, and the vessel had warned that the situation was unsustainable. In early September three of the migrants threw themselves overboard in desperation.

The three were rescued again, but their jump â€” and their heartfelt notes written to the captain before they did so â€” were read as a cry for help.

On Friday, all 27 migrants were transferred to the Mare Jonio rescue ship, according to tweets from Maersk Tankers, the company that operates the Etienne, and humanitarian group Mediterranea Rescue, which operates the rescue ship.

Maersk Etienne is scheduled to dock at a “suitable port” and get the crew “the care they need,” Maersk Tankers said in a statement.

The 27 rescued persons who have been on board #MaerskEtienne for 38 days have been safely disembarked and transferred to the ship #MareJonio operated by @RescueMed https://t.co/NNrG8m8il3 pic.twitter.com/1aMi27jYGE

???? The #MareJonio has just completed the transfer onboard of the 27 people that had been on the @MaerskTankers #Etienne for 38 days. Our Medical Team found them in serious pycho-physical conditions that make it impossible for them to stay on the petrol tanker.

A tale of three boats

On August 4, Maersk Etienne responded to an urgent request from Maltese authorities to rescue a group of migrants in distress, according to Maersk Tankers.

As soon as the group was rescued, their ramshackle vessel disintegrated, the company said.

From this point on, the tanker was overcrowded and unable to dock.

Much of the European Union falls within the Schengen area, a zone that requires a visa for many countries.

But the migrants’ nationalities are unclear, and it is unknown whether they planned to claim asylum in a country or were attempting undocumented economic migration.

Many European countries â€” including Italy, one of the easiest coasts to reach from the Mediterranean Sea â€” have taken an increasingly hard line on migration from outside the bloc since migrants and refugee numbers peaked in 2015.

Prior to the 27 migrants’ transfer on Friday, the ship stayed around 20 miles off the east coast of Malta, according to Marine Traffic, a website that tracks shipping movements in real time. 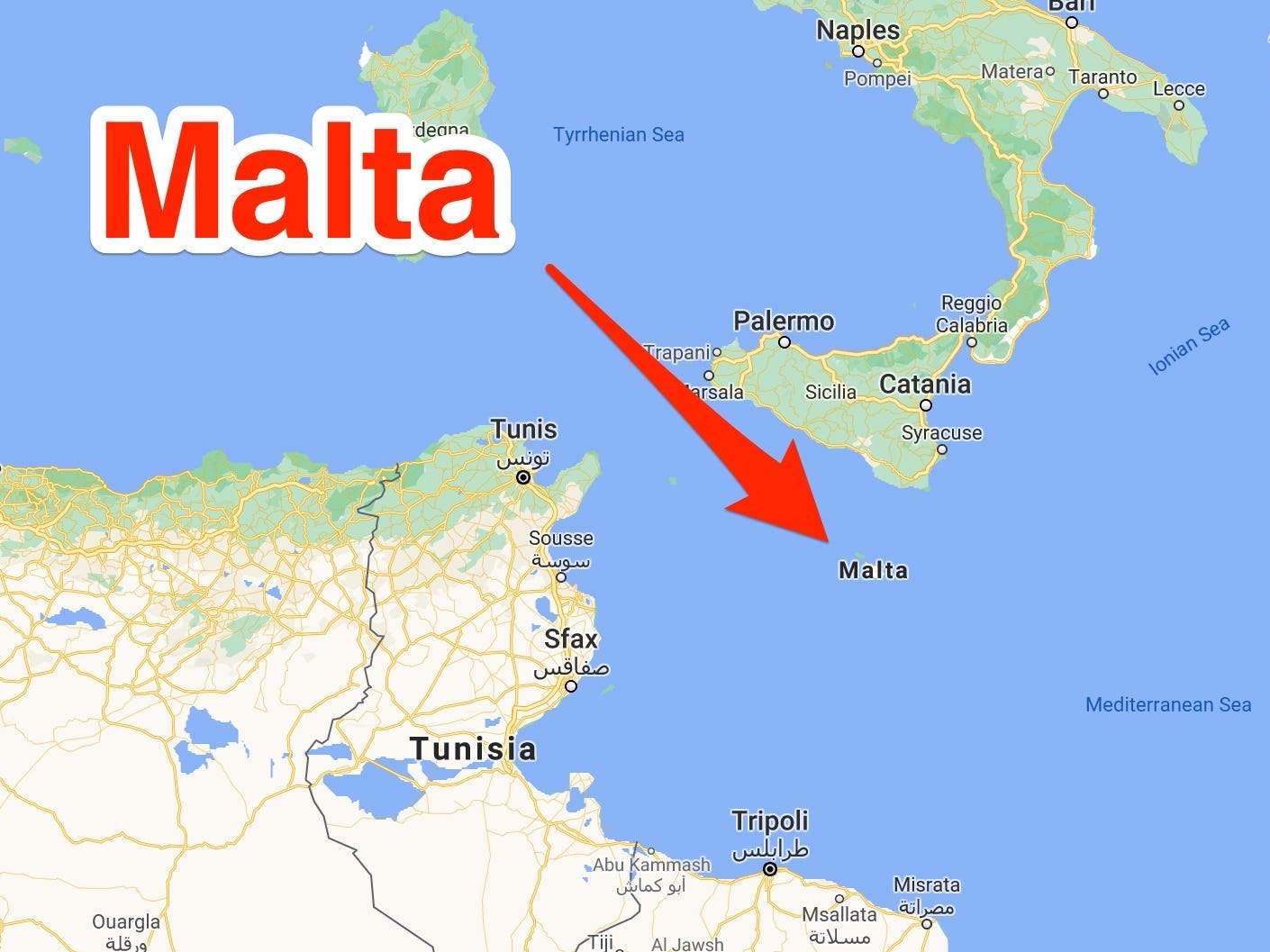 Google Maps/Business InsiderA map showing the position of Malta, off whose coast the migrants have been stranded.

Tanker and cargo vessels have small crews â€” on average around 23, according to Deloitte â€” and limited habitable space.

With 27 extra people, the ship’s population had more than doubled. Among the migrants are a pregnant woman and a child, according to the company. 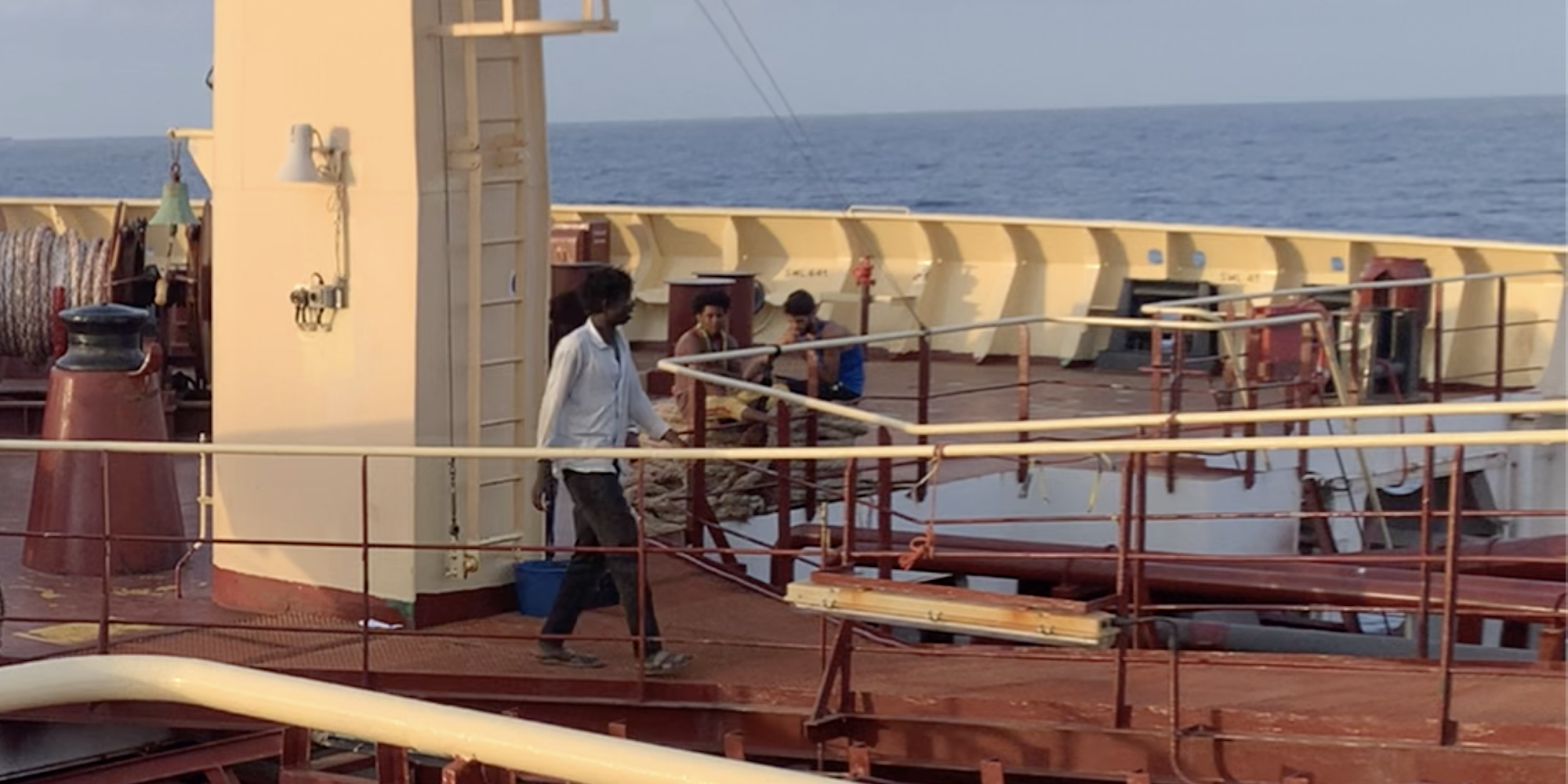 “The merchant fleet is neither designed nor equipped to care for additional people, and we are quickly depleting the supplies onboard,” Tommy Thomassen, Chief Technical Officer at Maersk Tankers, said in an August 19 statement.

“Unfortunately the frustration of these people is rising day by day,” Captain Volodymyr Yeroshkin also said in a video statement published by the company. 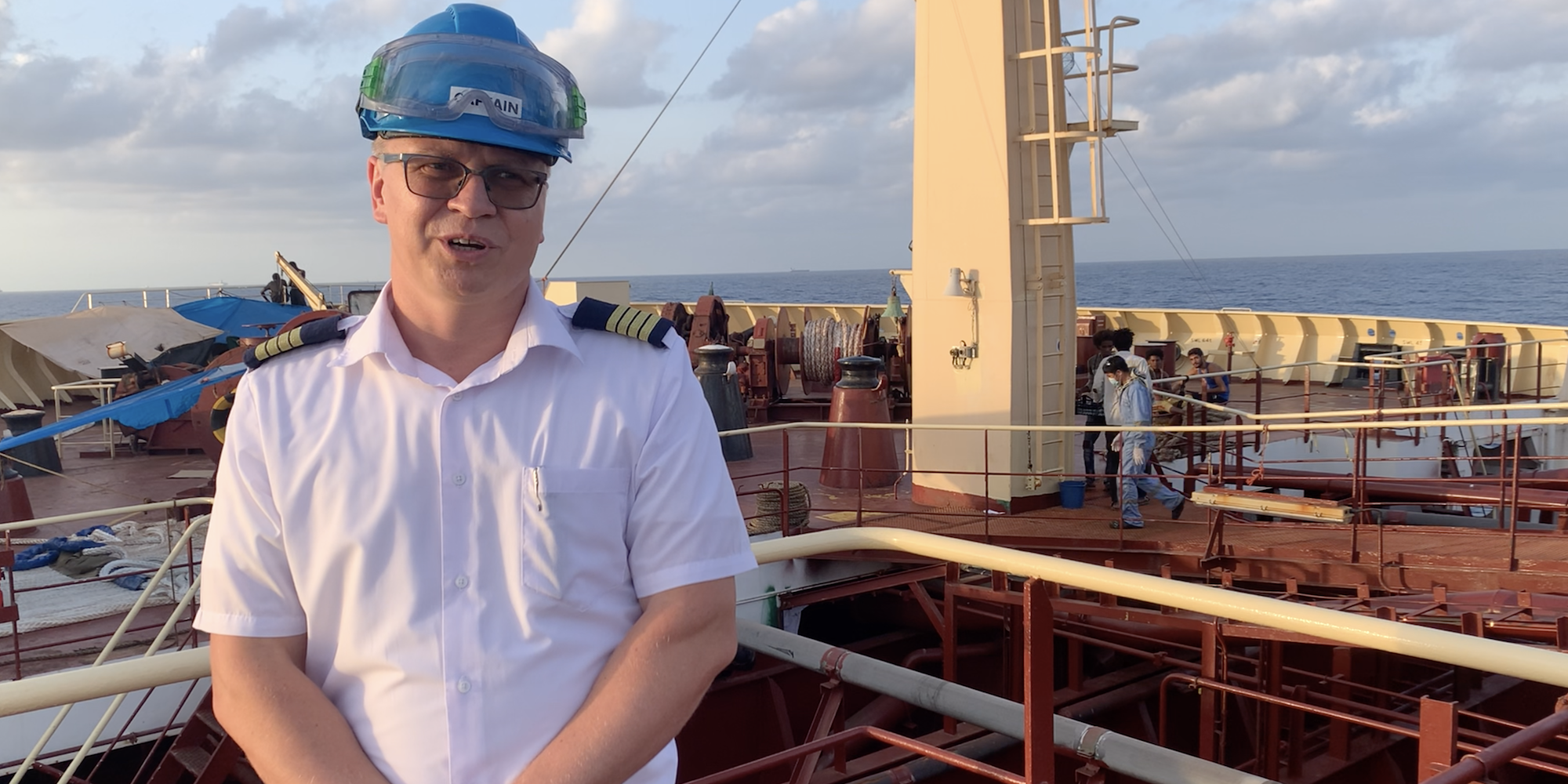 Large parts of the vessel are also dangerous to those who are not trained to work on ships. The migrants were allocated a safe area of the ship with basic sleeping and shelter arrangements.

But supplies were running low, and the company said the situation was unsustainable.

In this situation, some of the migrants appeared to have lost hope.

According to Yeroshkin, the captain, one of the migrants told him that they felt the crew didn’t deserve the situation they were in, and warned that he might jump overboard.

“We had a difficult time to convince him [not] to jump overboard,” Yeroshkin said. “So this just gives a picture of how desperate these people are. We really require immediate assistance.”

It is unclear if this person was among the three who eventually did jump on September 6.

One of those who jumped left a heartbreaking note for the captain, saying he is their “hero” but there is “no solution for us.”

“We will go back to the water by any way possible,” read the note. “European[s] don’t need us alive.”

“Dear Captain… ” A heartfelt and heartbreaking note from the #migrants to the crew on board the #Maersk Etienne.

The migrants were rescued a month ago and are still awaiting a humanitarian response from relevant authorities. #migrantcrisis #stuckatsea pic.twitter.com/G9KTaZzcFi

Maersk Tankers appealed to governments to address the situation, which was becoming an international standoff between European governments and Tunisia.

Though the migrants have now transferred off the tanker, it is unclear what their next steps will be, or how â€” and where â€” they can reach dry land.

The European Community Shipowners’ Associations and the European Transport Workers’ Federation â€” a trade organisation and a union, respectively â€” wrote to the EU Commissioner and Vice President calling the situation a “humanitarian crisis,” according to shipping news site All About Shipping.

In a series of tweets, Human Rights Watch head Kenneth Roth wrote that the migrants had been in European waters when they were first spotted by Maltese authorities, but had drifted to Tunisian waters by the time they were picked up.

Roth suggested this situation means the migrants are the EU’s responsibility, and that the bloc was “pretending” that the responsibility is with Tunisia.

The European Union is pretending it's Tunisia's responsibility to take the 27 migrants rescued by the Maersk Etienne. https://t.co/rwL42tXKo1 This thread details the facts undermining that handoff of responsibility:

While this is not the first time a merchant ship has rescued migrant boats, Business Insider understands this is the longest time a vessel has ever spent in legal “limbo” due to a rescue.

The situation comes amid a yearslong migrant crisis at the borders of Europe, sparked by the civil war in Syria, whose refugee numbers have only added to migrants from other countries.