The Lyrid meteor shower will leave 'glowing dust trains' across the sky on Thursday. Here's how to watch.

Mario Hommes/DeFodi Images via GettyA Lyrid meteor in the sky above Schermbeck, Germany on April 22, 2020.

The first meteor shower of spring is peaking Thursday morning.

The Lyrid meteor shower, which happens in late April each year, occurs when the Earth passes through the tail of a comet. As debris from that comet enters our planet’s atmosphere, it burns up, leaving streaks in the sky that are visible to the naked eye for several seconds.

When the Lyrids peak, people can expect to see between 10 and 20 meteors every hour. These meteors often leave “glowing dust trains” in their wake as they disintegrate, according to NASA.

The moon is more than half full this week, which will make it trickier to spot the shooting stars. Here are some tips for catching the Lyrids in action.

Head out early Thursday morning, before the sun rises 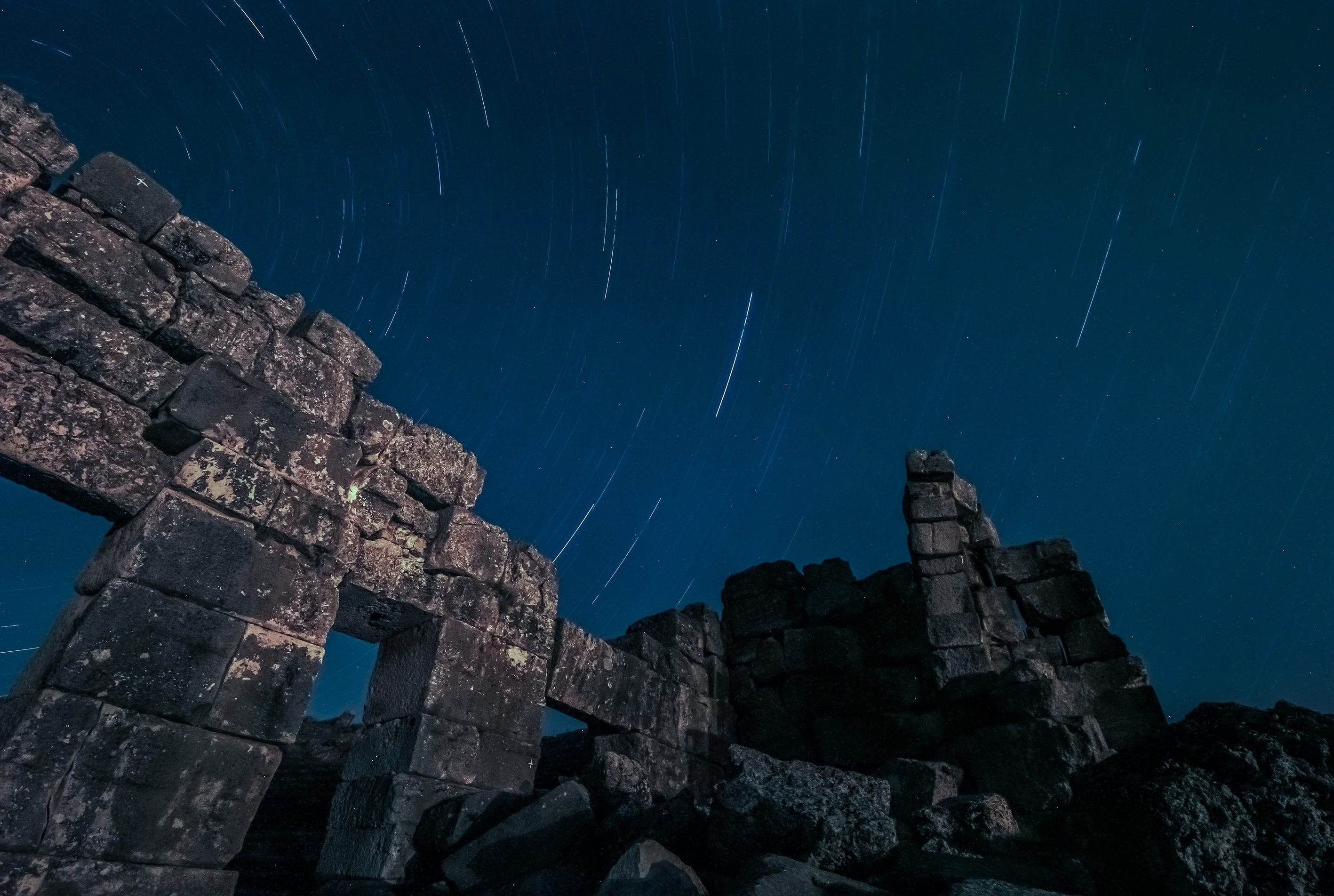 The best time to glimpse the Lyrids is in the wee morning hours on Thursday, April 22, before the sun rises.

Waiting until the waxing moon sets – about 4 a.m. on the US East Coast – will make it easier to spot the meteors and their dust trains. Otherwise, the bright glow from the almost-full moon (it’ll be 68% full on Thursday) may obscure the meteor streaks.

Head to an area well away from a city or street lights, and bring a sleeping bag or blanket. No need to pack a telescope or binoculars, since meteor showers are best seen with the naked eye.

“Lie flat on your back with your feet facing east and look up, taking in as much of the sky as possible,” NASA’s website said. “After about 30 minutes in the dark, your eyes will adapt and you will begin to see meteors.”

The shooting stars can appear anywhere in the sky, but if you need a reference point, look to the harp-like constellation Lyra, from which the Lyrids often seem to emerge. (That’s how they get their name.)

If you miss out on the show Thursday morning, there will still be meteors to see Friday. In fact, the Lyrid meteor shower this year will continue through April 30. Usually, it ends by April 25.

One of the oldest-known meteor showers 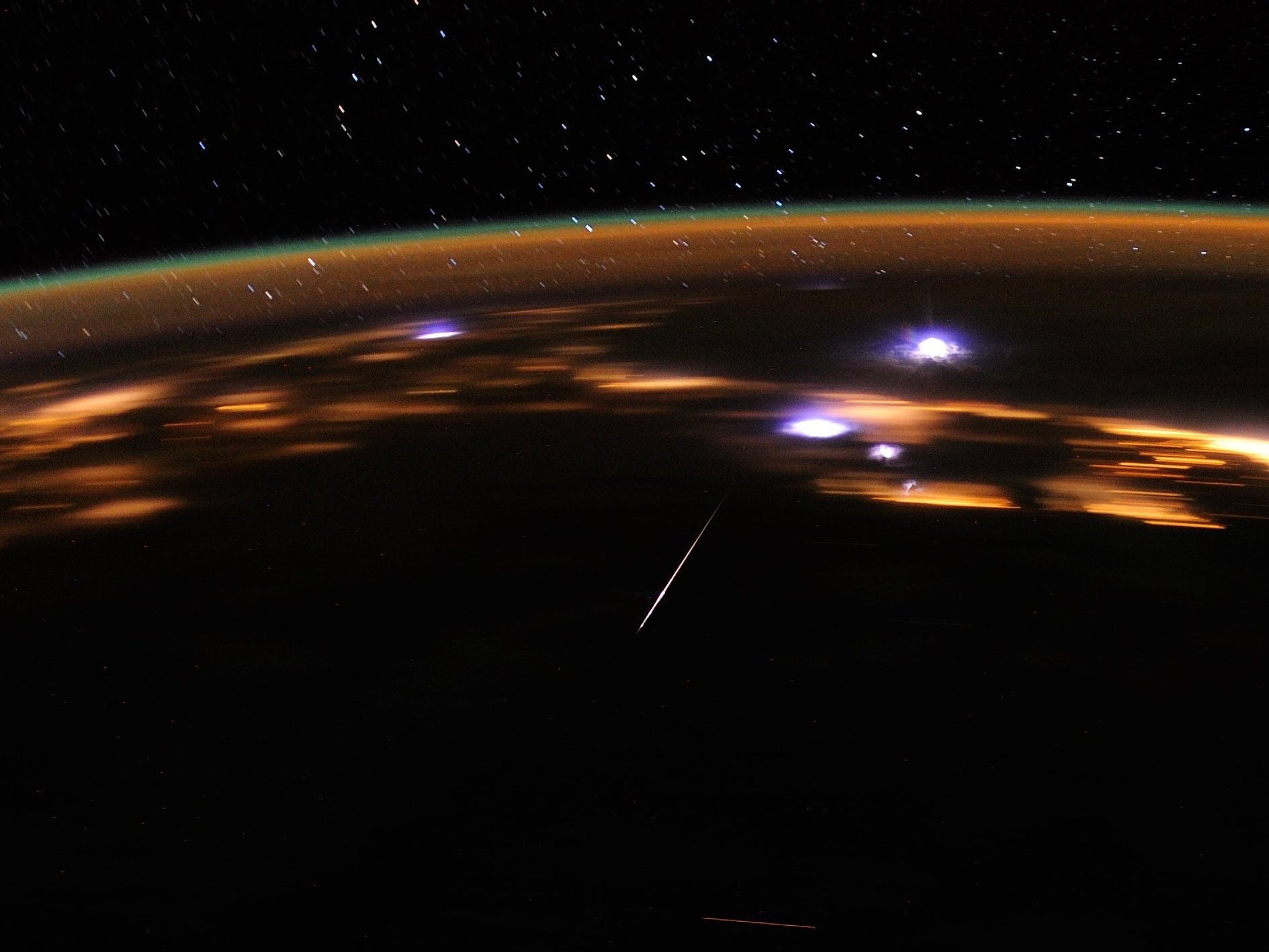 NASA/JSC/D. PettitDon Pettit, an astronaut aboard the International Space Station, photographs a Lyrid meteor on April 1, 2012.

Humanity has known about the Lyrid meteor shower for almost three millennia: The first sighting dates back to 687 BC in China, according to NASA.

The meteors hail from a comet called Thatcher, named after the astronomer who first identified the space rock in 1861.

It takes Thatcher 415 years to orbit the sun (we won’t see it again until the year 2276). As it circles the solar system, Thatcher’s tail leaves behind a trail of debris and leftover comet particles.

Every April, Earth passes through Thatcher’s debris and gets bombarded with comet litter for two weeks – which makes for a dazzling meteor shower.

After the Lyrids pass, there are still 11 meteor showers to look out for this year. One of the most popular, the Perseids, will peak on the night of August 11.