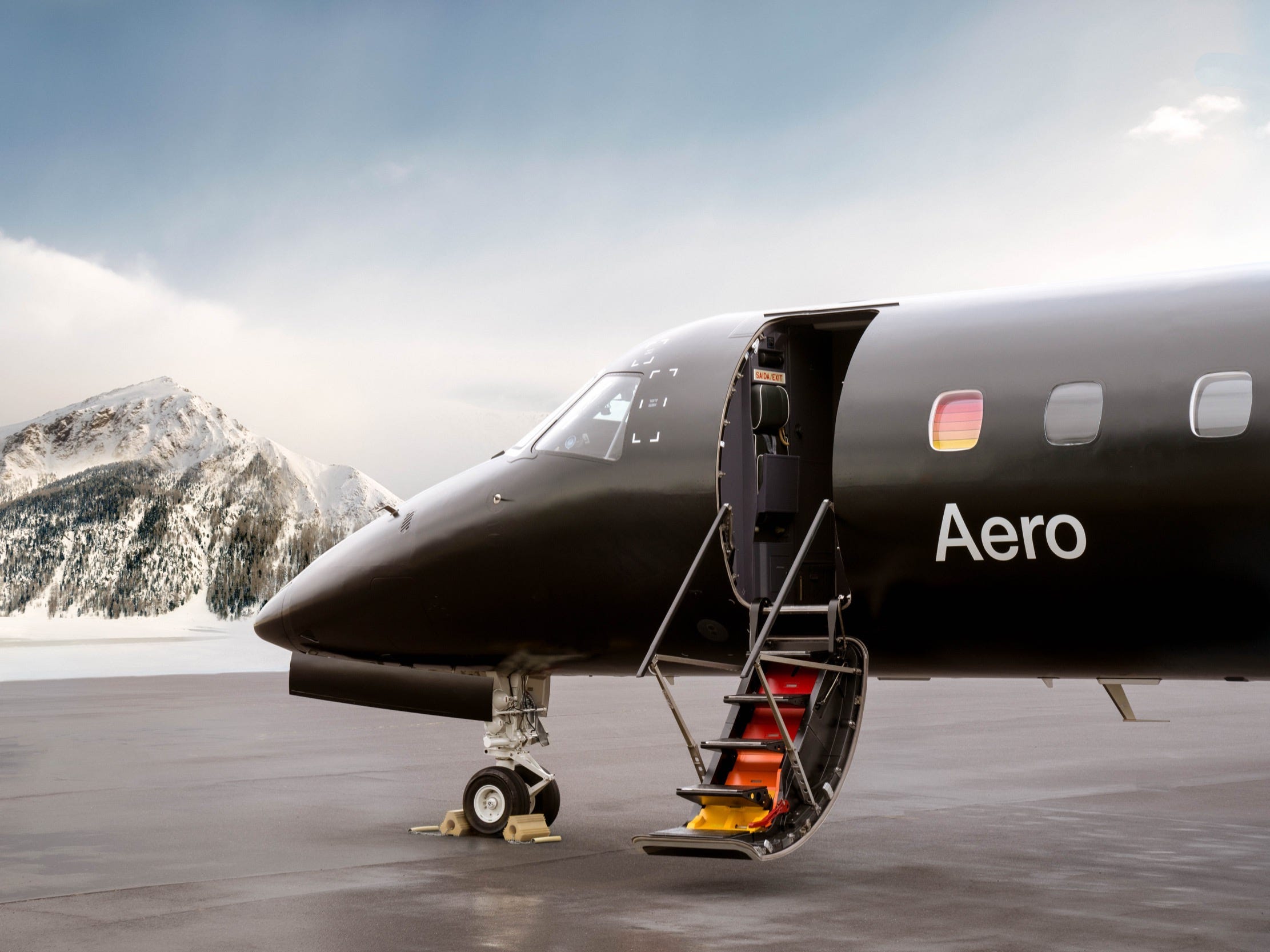 The pandemic has shifted travel trends in favour of leisure flying and airlines have been eager to accommodate. Aero is a new leisure airline launching its first flights on February 4 after a successful European debut in 2020.

It’s the brainchild of Uber co-founder Garrett Camp and behind the wheel as CEO is Uma Subramanian, a veteran in urban air mobility. Subramanian previously served as chief executive at Voom, the Airbus-backed helicopter startup that launched routes in San Francisco, Mexico City, and Sao Paolo but ultimately shuttered in April 2020.

But this airline won’t be found in the commercial terminal of LAX. Aero will be directly marketed towards wealthy travellers who want all the trimmings of private aviation without the cost.

Travellers can drive up to Aero’s private terminals less than 30 minutes before departure and utilise the mostly contactless check-in, with pre-flight COVID-19 testing also on offer. Snacks and drinks are being served on board, for now, but post-pandemic plans call for a curated meal service to be included.

“What may have happened is we may have built the perfect solution for the post-COVID world,” Subramanian said.

Bucking conventions in more ways than one 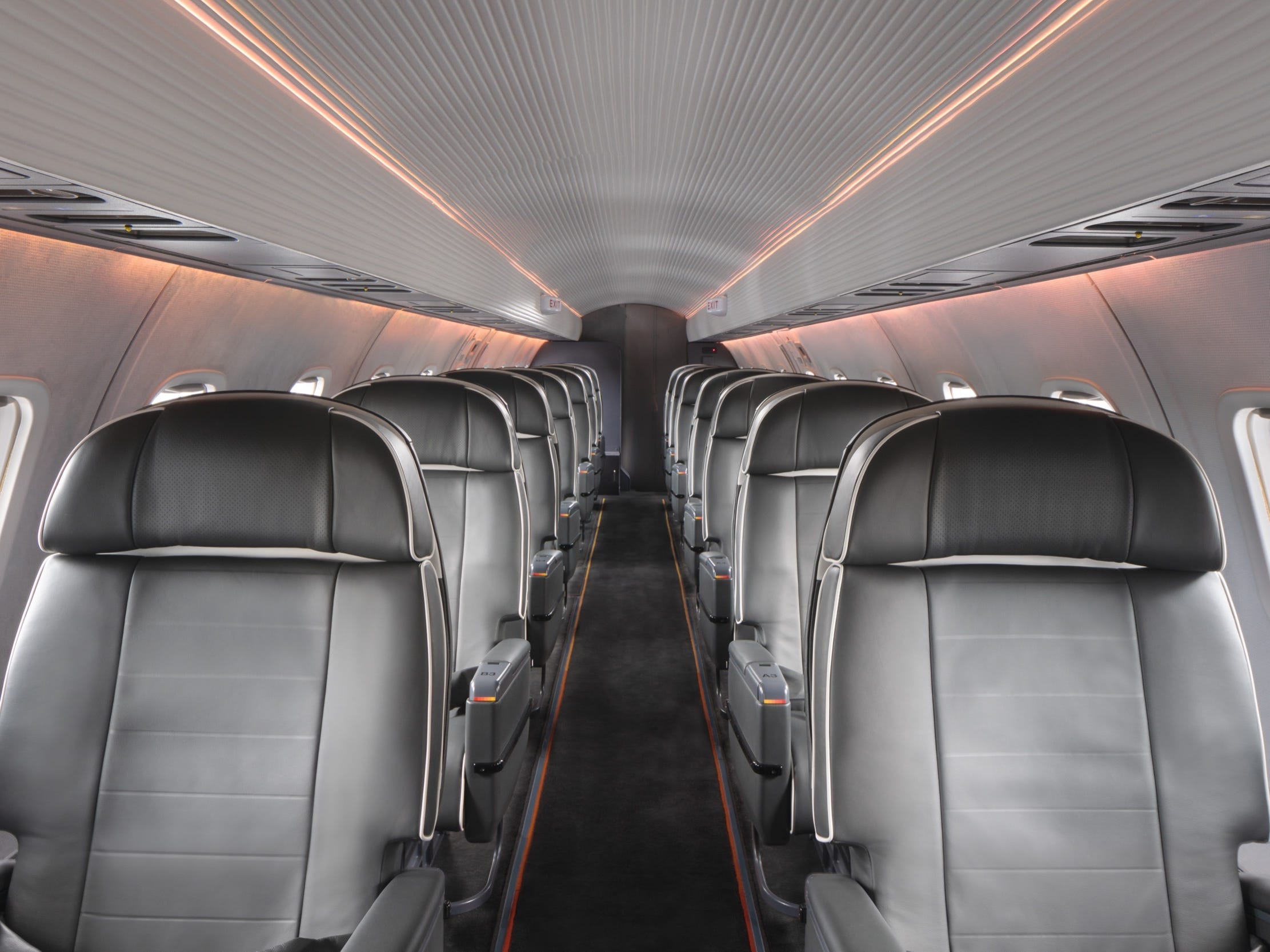 Aero is making its debut flying between Los Angeles via Van Nuys Airport and Aspen, a route on which non-stop options are surprisingly rare given the latter’s reputation as a ski destination popular with the wealthy jet set.

United Airlines and American Airlines both serve the route with regional aircraft and one daily flight each in February, according to Cirium data. Those aircraft typically offer small first class cabins with no true differentiation in the airport experience for most.

For the wealthy seeking to travel in luxury and privacy, taking an airline flight on this route won’t do. Alternatively, flyers can spend tens of thousands of dollars to fly private.

Aero’s use of private jet-like aircraft, however, seeks to establish the airline as a third option between commercial first class and private charter. Introductory fares start at $US990 one-way and rise to $US1,250 in March and April, putting Aero firmly in the middle ground.

The flagship of the fleet is an Embraer ERJ135 regional aircraft that’s been retrofitted for Aero’s quasi-private operations. The aircraft feature only 16 Italian leather business class-style seats arranged in a 1-1 configuration.

Every seat is a combined window and aisle seat, while middle seats are non-existent for maximum social distancing. A lighting and sound system also serves to give the tried-and-true jet a modern feel.

Aero has direct control over the aircraft as it’s operated by a wholly-owned subsidiary, giving the company more flexibility while reaping all of the rewards. It’s a lesson that Subramanian learned “the hard way” while leading Voom as the helicopters weren’t operated in-house and most of the profit went to the actual operator.

“One of the things that I learned when I was at Airbus is that models, where you are not the operator, are really hard economically to make work,” Subramanian said. “And the models that have made money in aviation, in the conventional sense, are models where the operator owns and operates their own assets.”

And in another move against the grain, Aero decided to go with an all-black paint job on the aircraft, save for a multi-colour logo with shades of orange, red, and yellow making some appearances. Airlines typically stick to light colours since dark paint makes the aircraft heavier, but the livery is more symbolic for Aero.

“It’s a little bit counter-cultural, which is what we pride ourselves on being,” Subramanian said.

Building during a pandemic 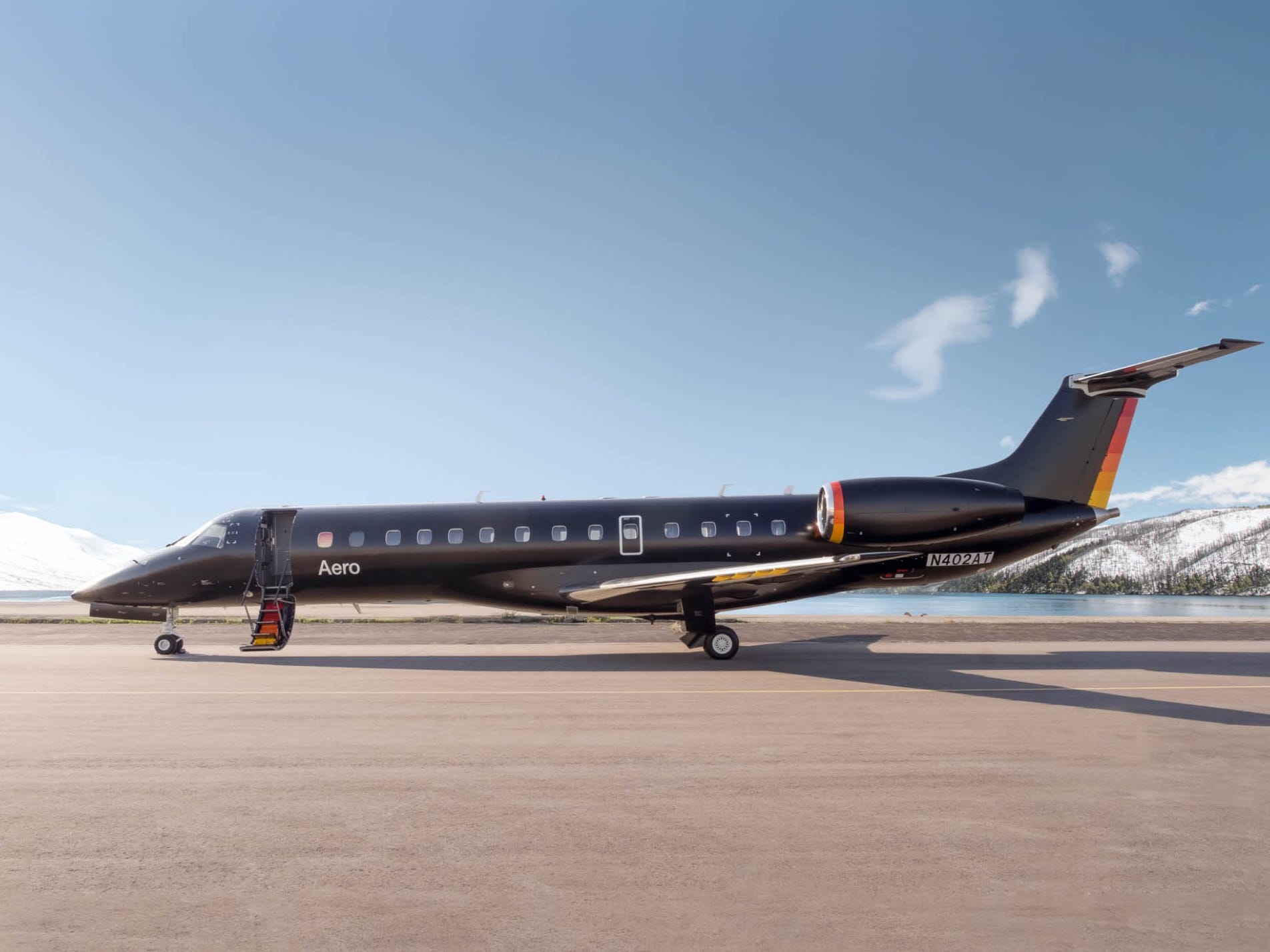 Aero wasn’t a product of the pandemic, having launched in 2019, but its business model lends itself well to the new realities of travel.

Subramanian is hoping to ride that wave of pent-up demand to fuel the business, pointing to trends in the wake of economic downturns. And that demand for travel is coming from leisure travellers.

“We actually launched in Europe last summer and we were shocked by the amount of demand that was there and that was after the first lockdown,” Subramanian said. “So, you can only imagine after this sort of second extended lockdown what demand is going to look like.”

With offices still closed and meetings shifting to Zoom, the industry has been propped up by leisure travel and mountainous destinations have become popular social distancing getaways. Colorado has been a mainstay on the list of private aviation’s most popular pandemic destinations.

The wealthy are also loosening their purse strings when it comes to travel. Private aviation executives told Insider over the summer that their industry is seeing an influx of first-time leisure flyers that are prepared to spend more for safety.

Setting itself apart from the competition 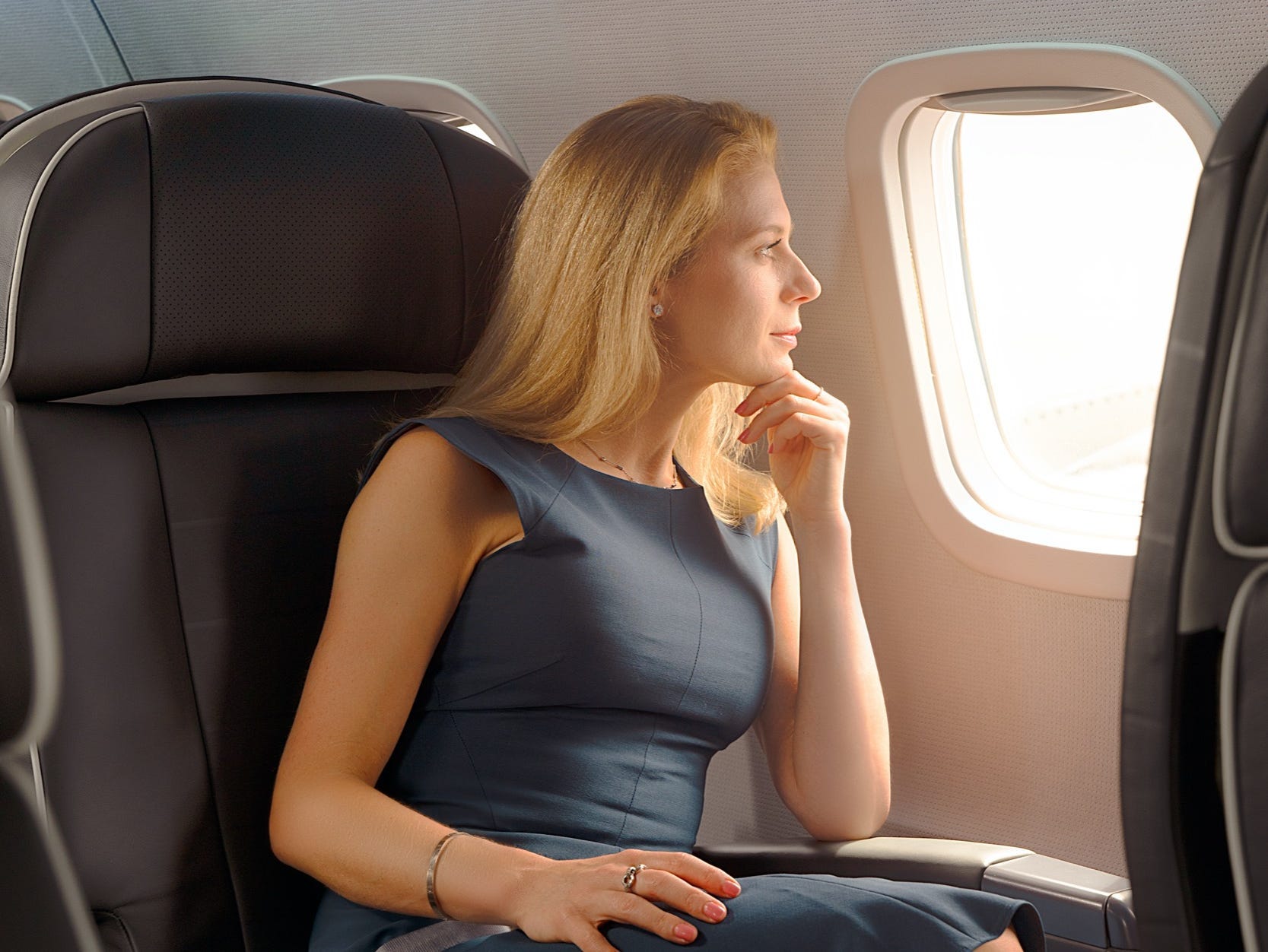 But Aero is not the only airline to offer a quasi-private experience on the West Coast as there’s no shortage of premium-focused airlines in the region. JSX, in particular, also offers the use of private terminals on premium-configured Embraer aircraft on routes to popular leisure destinations across the west.

Subramanian believes the difference to be the same as choosing a five-star luxury hotel over, say, an average Marriott. Both provide the essentials, a hotel room, but the experience at the former will be markedly better.

And as its February 4 debut nears, Subramanian is already eyeing additional destinations including Jackson Hole, Wyoming, and Sun Valley, Idaho, with the summer possibly seeing routes to Mexico.