2 architects are building a habitat to live on the moon. They're going into total isolation in Greenland for 3 months to test it. 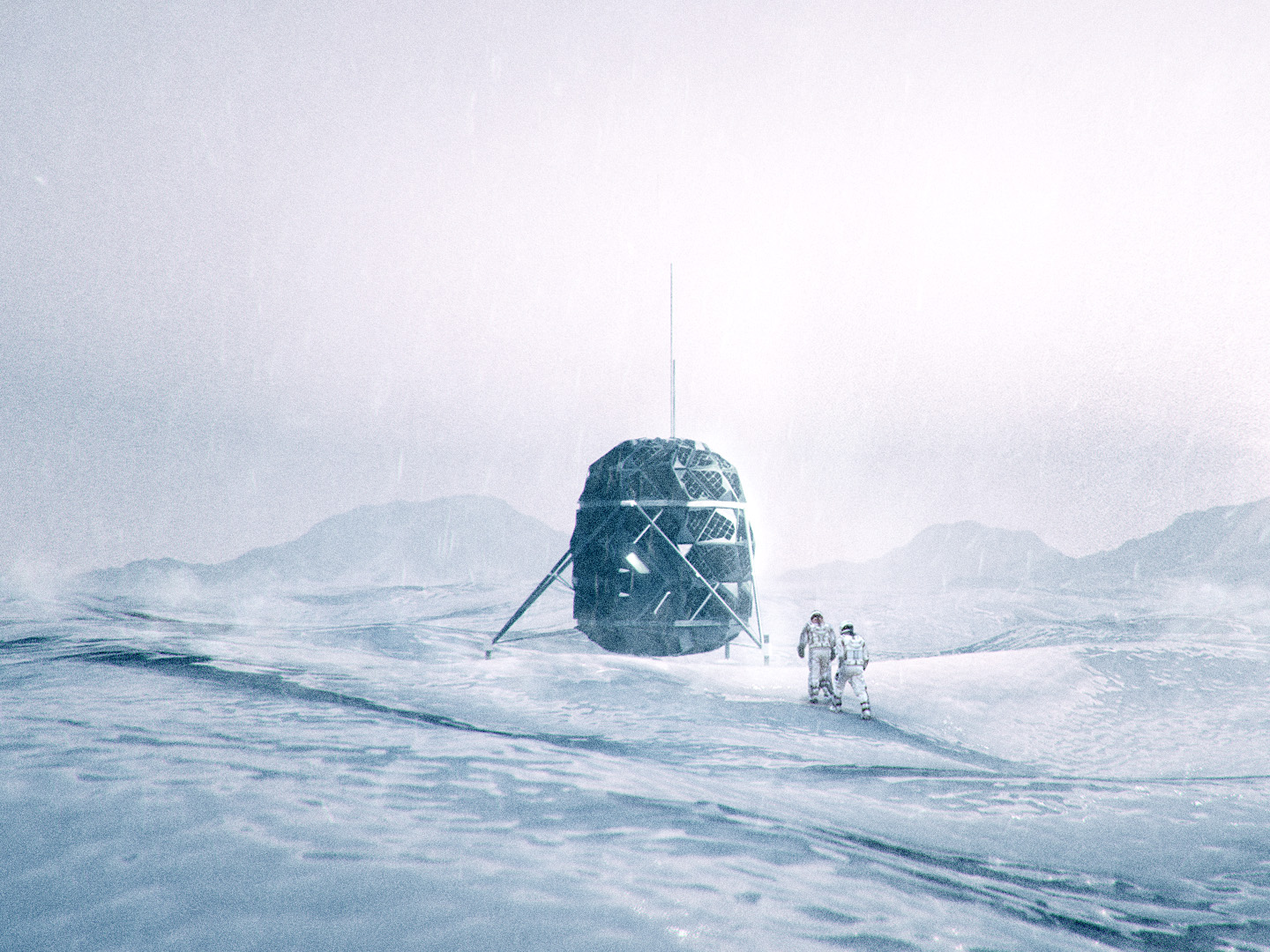 Two space architects in Denmark are working on a prototype that could be used for future habitation on the moon.

Danish architects Sebastian Aristotelis and Karl-Johan Sorenson both attended the Royal Danish Academy School of Architecture and International Space University, where they won an award for a Mars habitat prototype. Now, their design firm SAGA, focuses on space and what they call “terra-tech,” making space livable for humans.

The team spent May through December 2019 planning and designing the prototype. 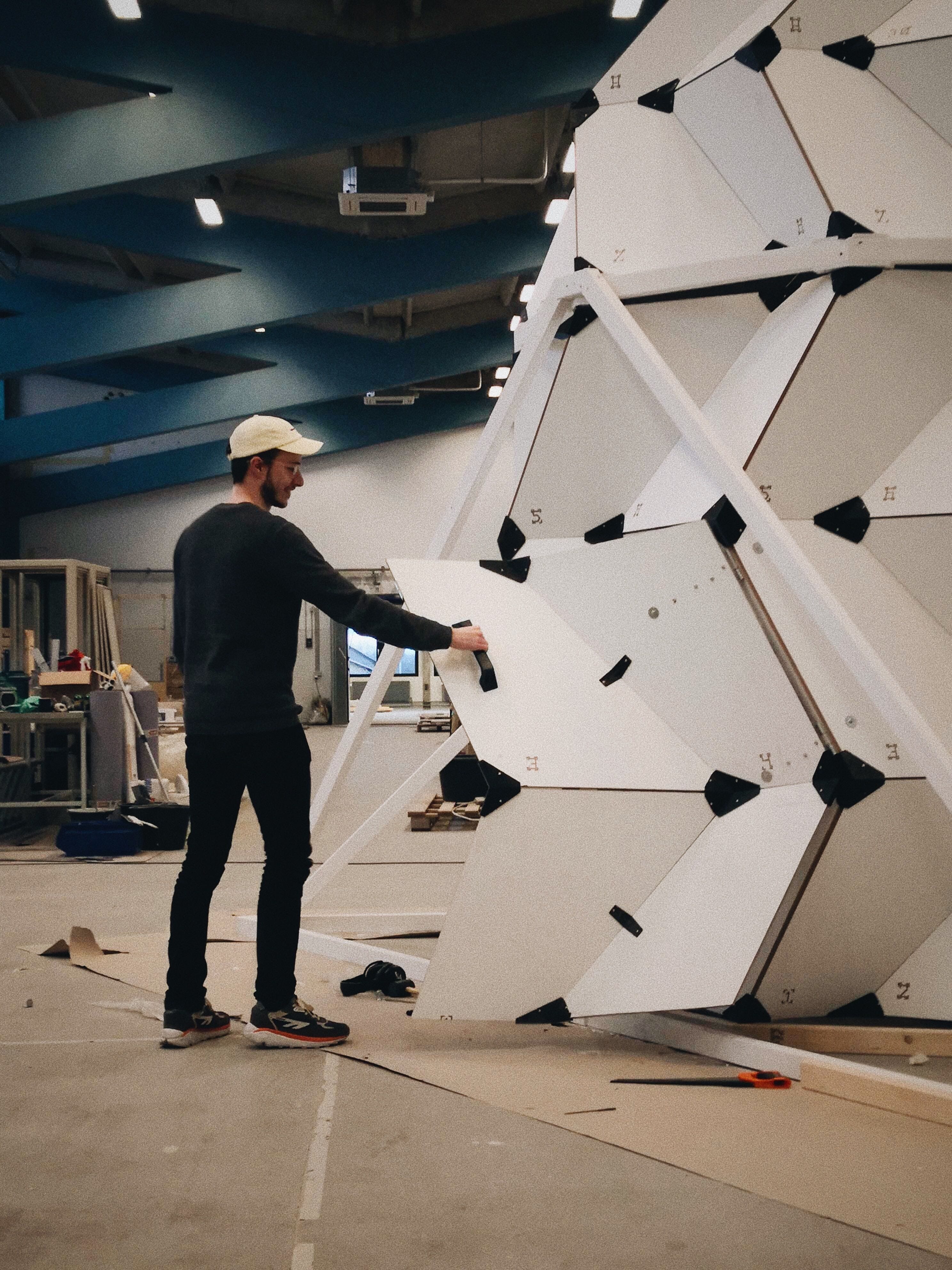 From January until June of this year, SAGA architects are working on the prototype and planning missions and experiments. They’re investigating a technique using the principles of Japanese origami folding, which will be incorporated into reinforced folding panels on the habitat. 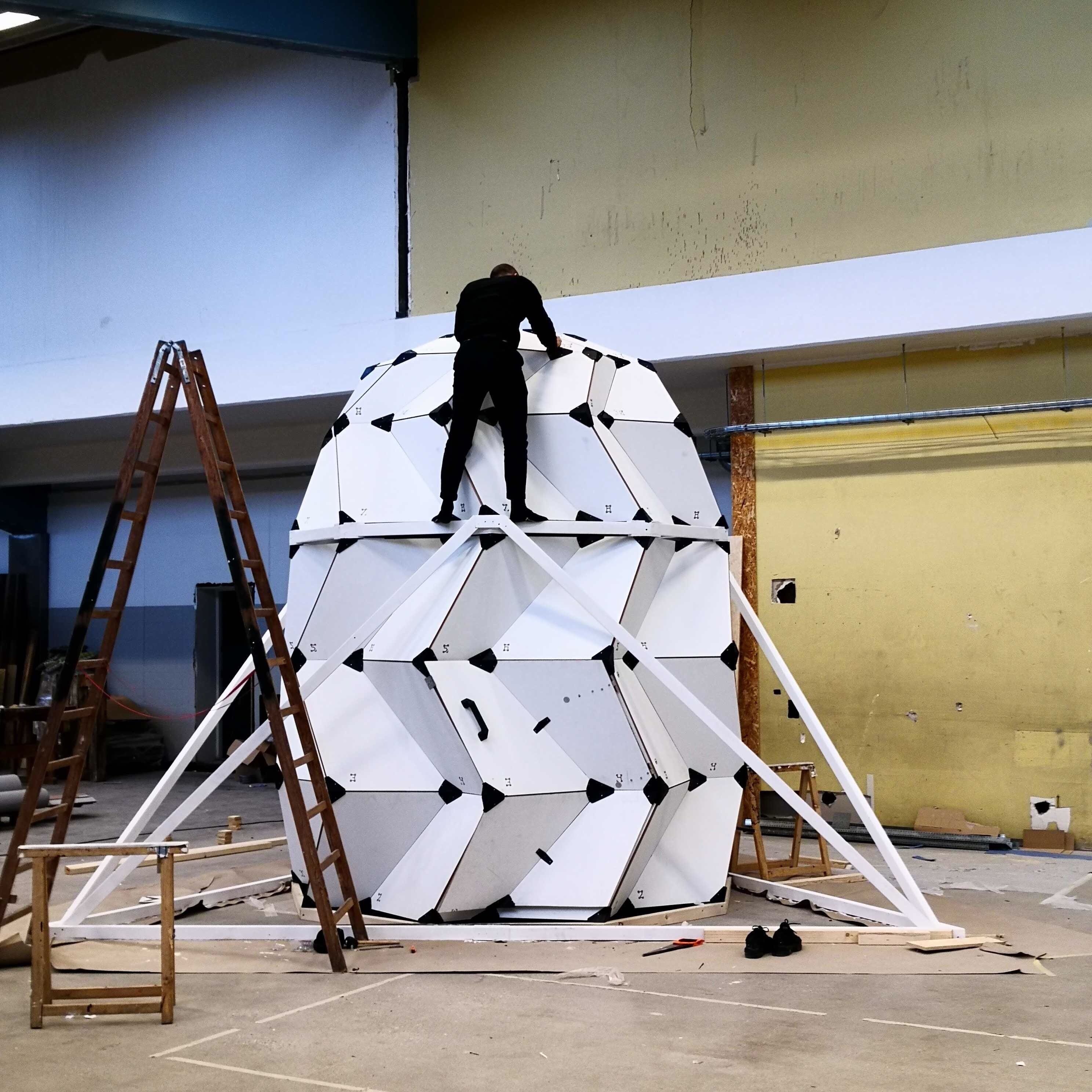 The main challenge of the origami design is translating it from thin paper to a thicker, insulated material. 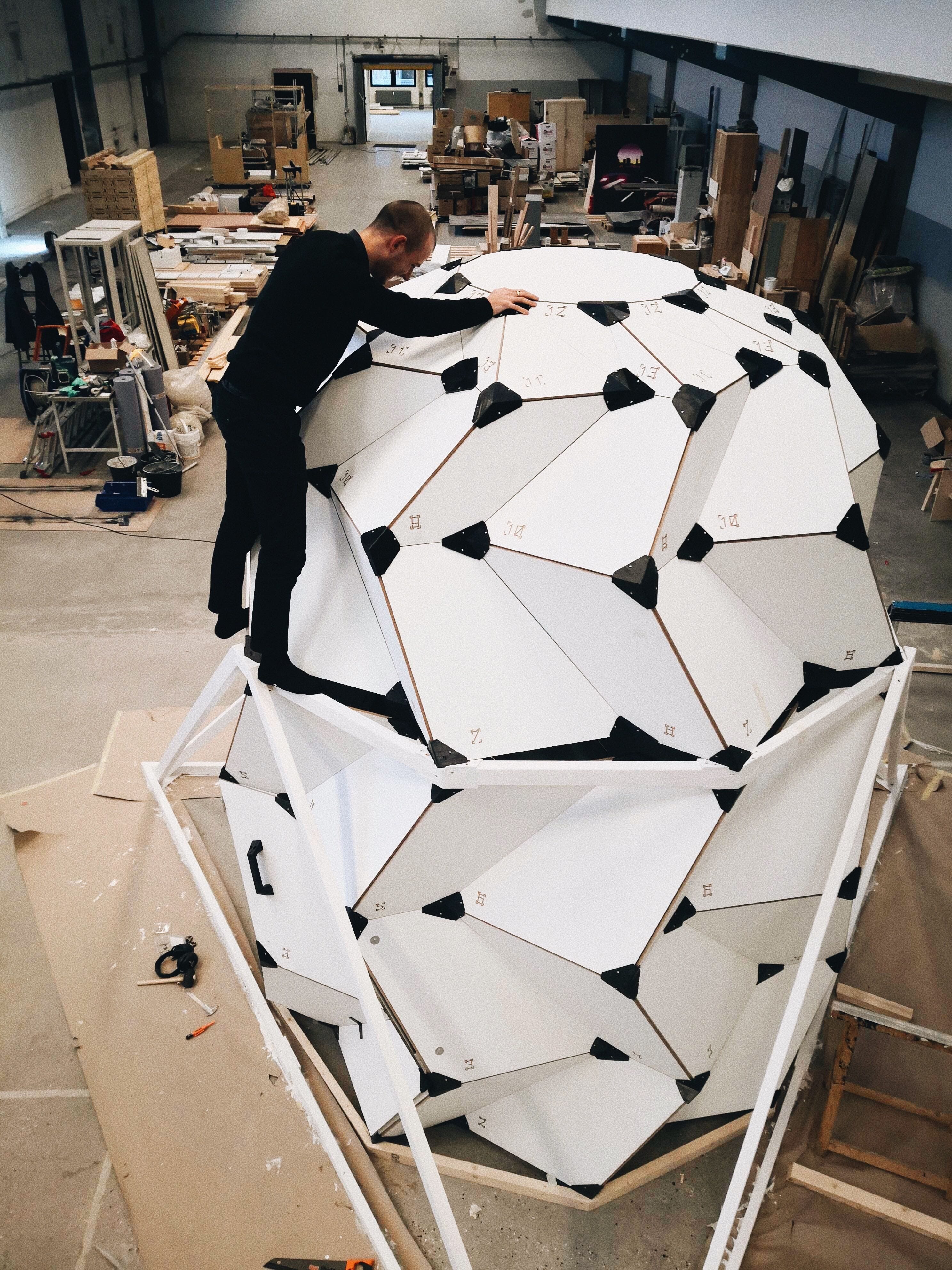 The benefit, though, is that the unfolding process allows the habitat to fit in a standard shipping container, or eventually, a rocket. 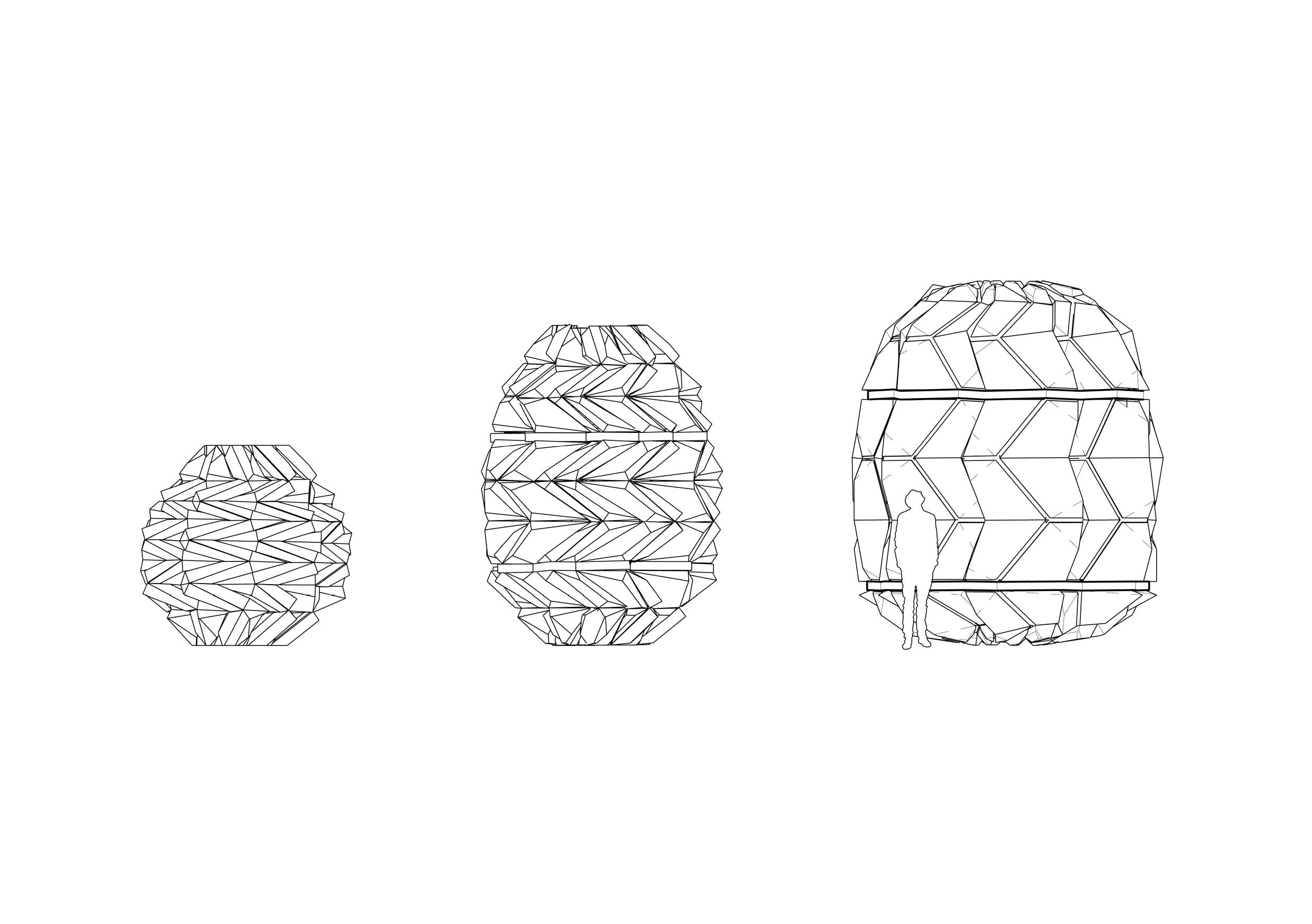 From compact to unfolded, the habitat expands its volume by 560%. 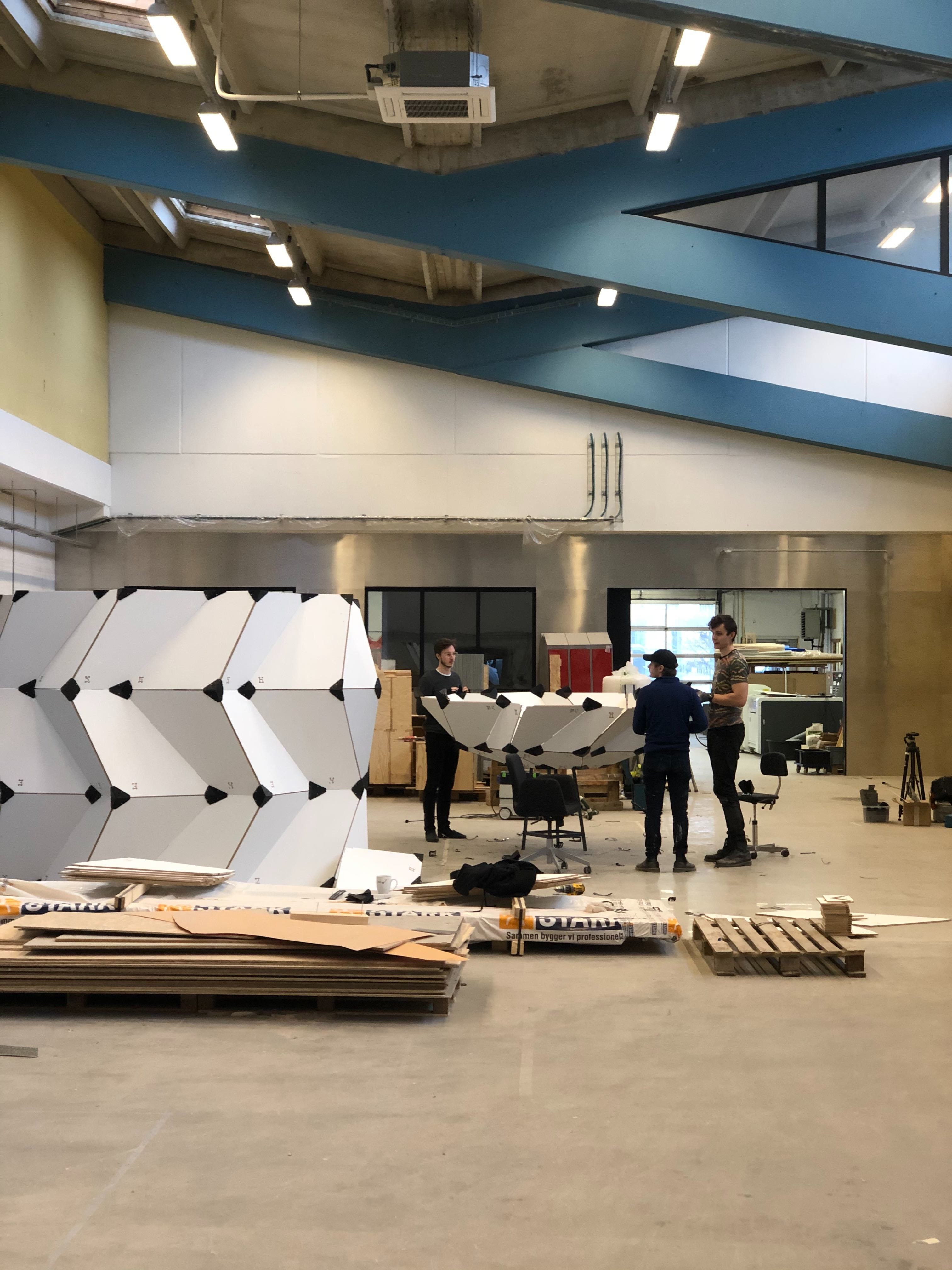 Inside, the team will also address some of the many challenges of isolating in a small space for a long period.

Though small, the space is divided into sections for sleeping, studying, and other aspects of normal life. 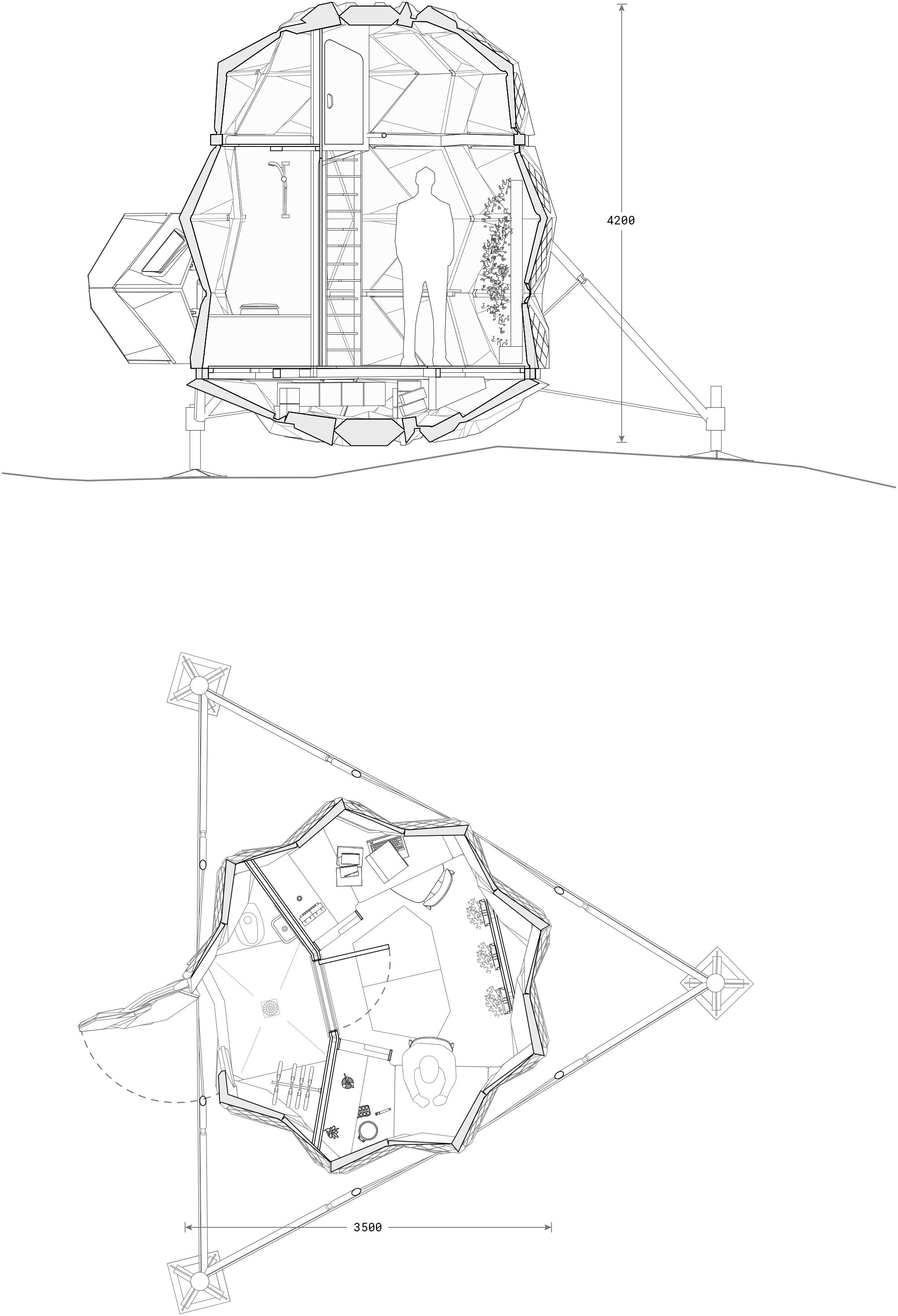 The architects have also spent time thinking and experimenting about what shapes make most sense, questioning the idea that it must necessarily be a rounded “human fish bowl.”

It will have a circadian system to help people keep sleep patterns. The ceiling will slowly change colour throughout the day to signal to inhabitants bodies that it’s morning or evening. 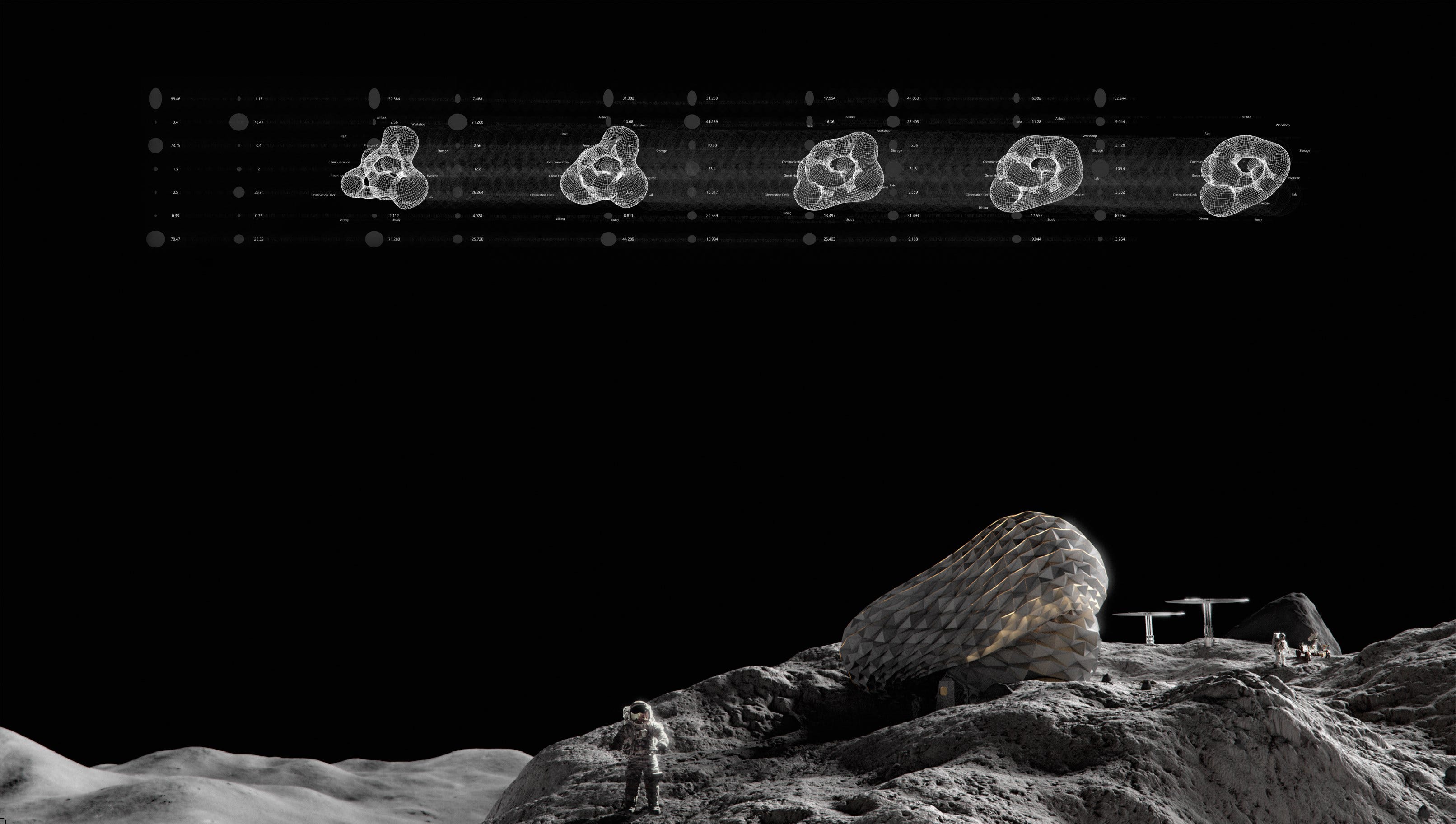 Inside, they plan to make efficient use of space with a vertical farm. 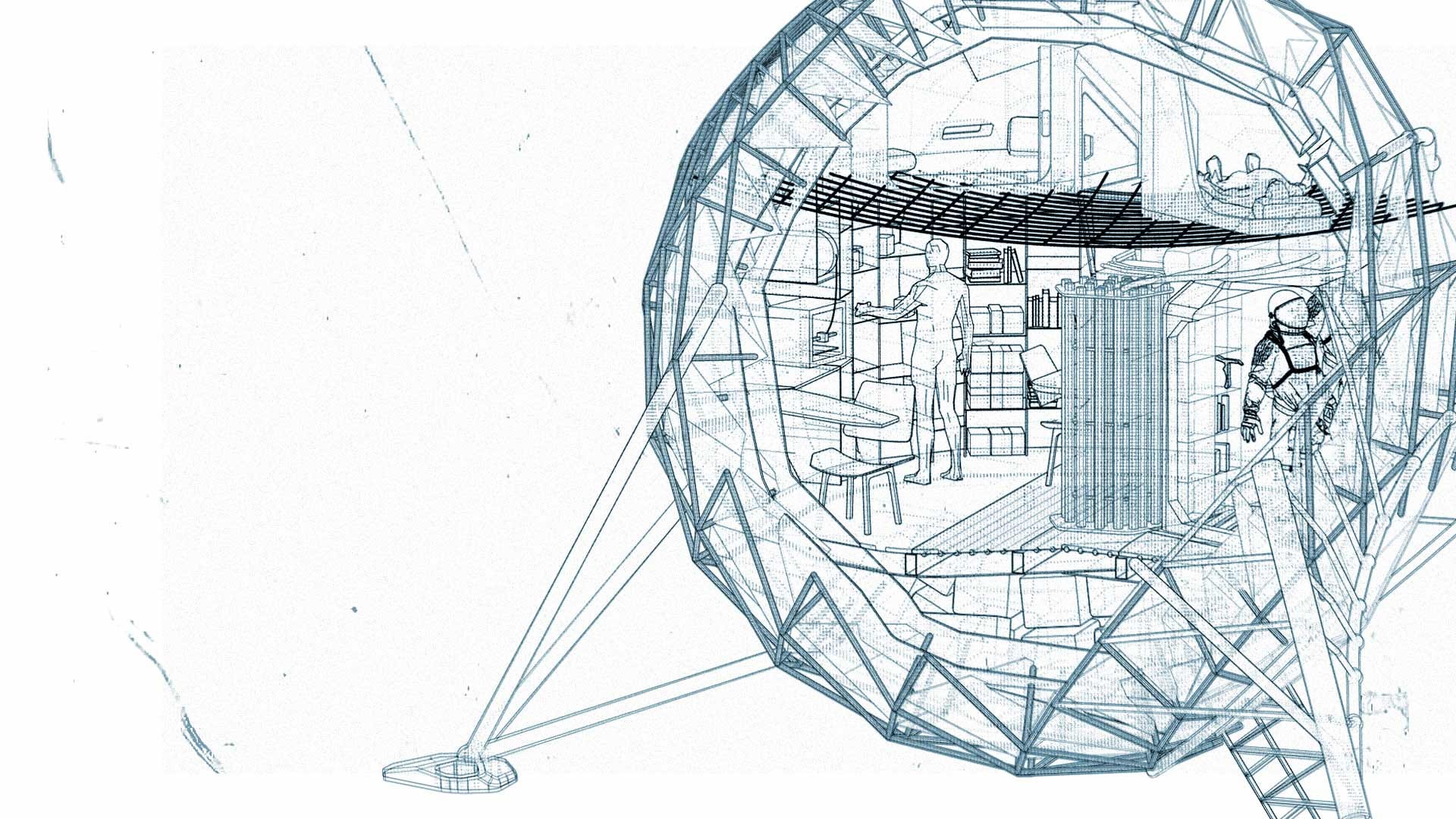 They’re developing a weather simulator to break up the monotony of space, so that one day astronauts might see a storm, and another day a rainbow. The studio is adapting an algae reactor from an earlier project for the moon habitat. 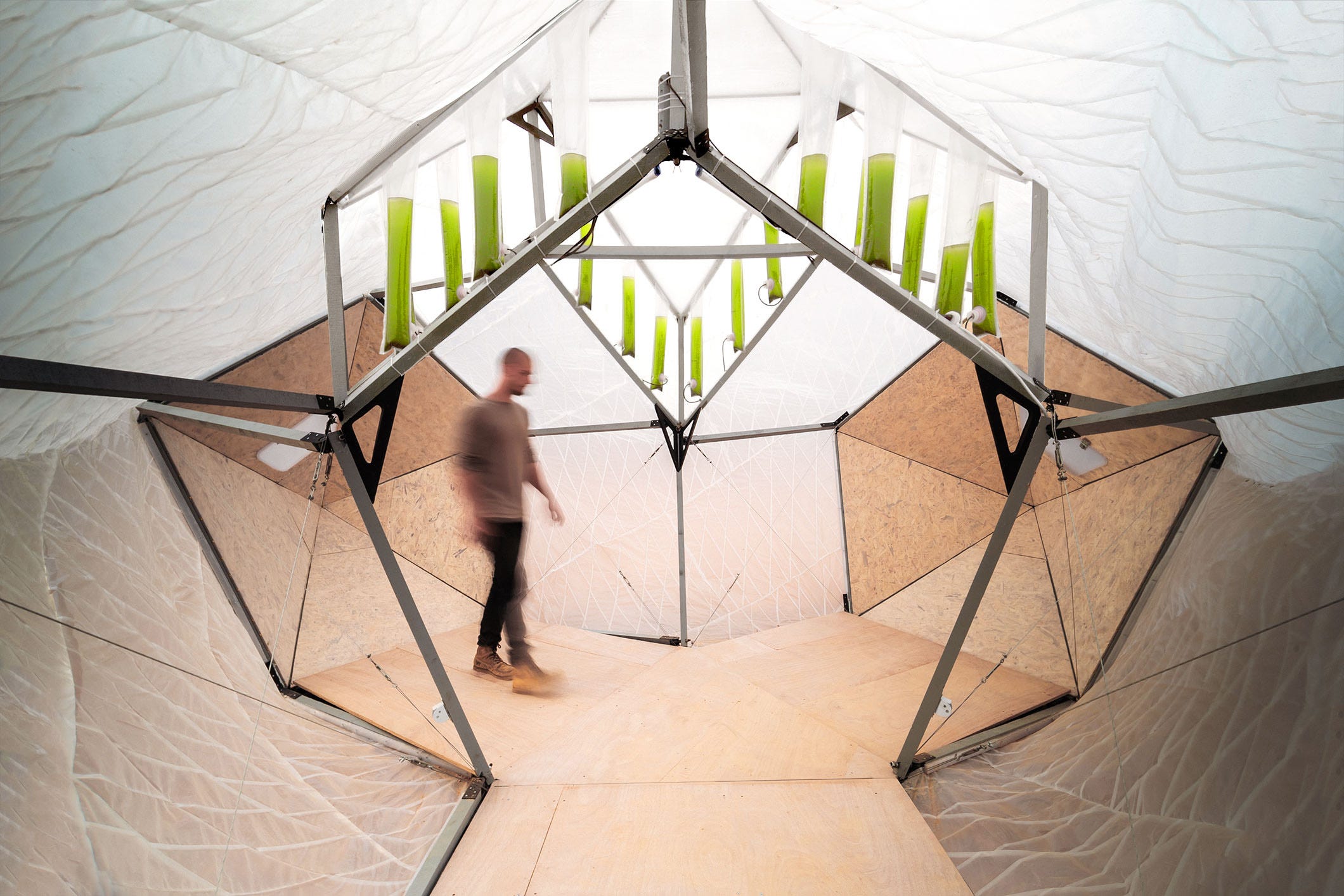 “We strongly believe that algae will play an important role in future space travel. It is resilient, highly photosynthetic, nutritious, and can absorb cosmic radiation” the architects told Business Insider. They also developed what they call a digital twin to the habitat, which will use AI to predict maintenance and print replacement parts with the 3D printer onboard. 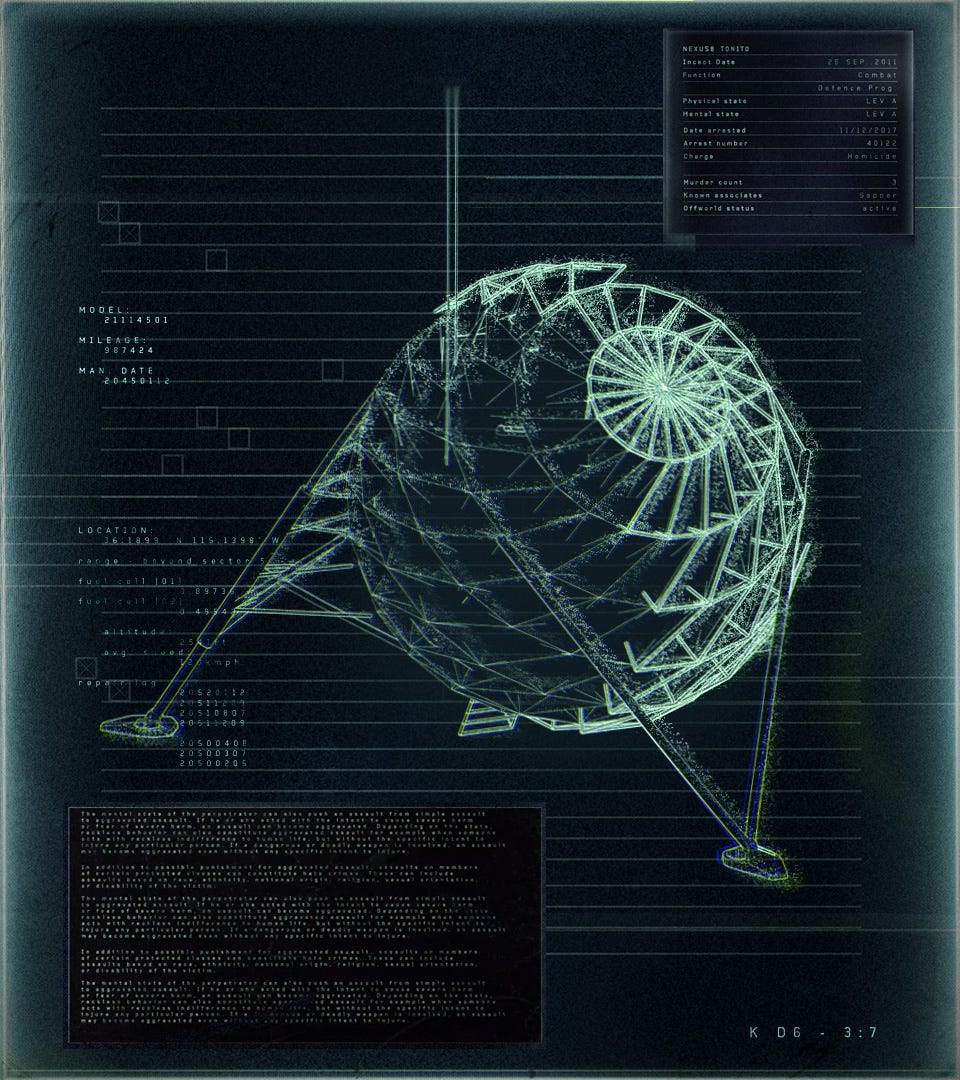 Many aspects of the designs are adapted versions of earlier projects from the design studio. 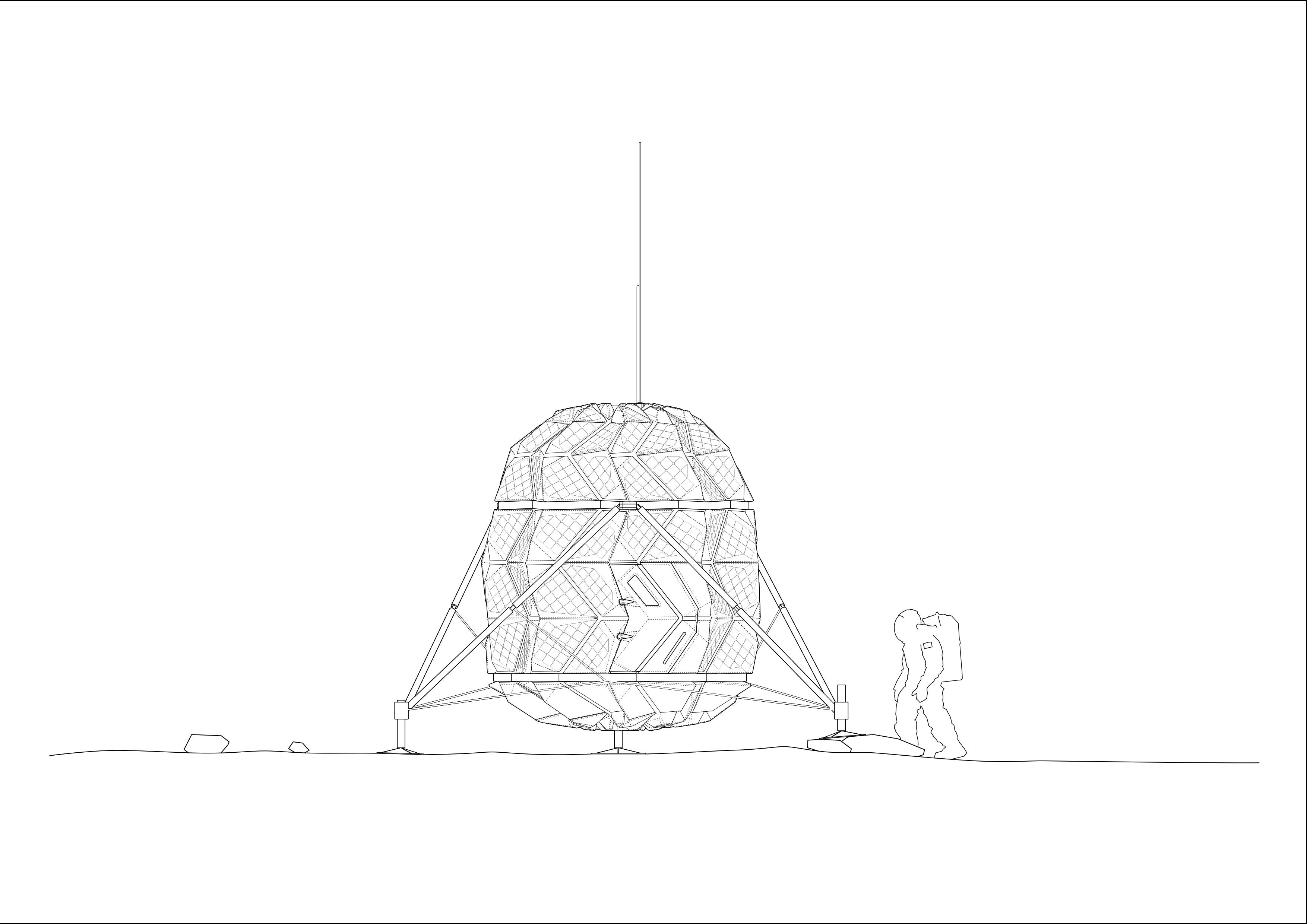 …and so does research from a Mars gravity simulator, which helped designers learn the ideal angle for stairs in different levels of gravity. 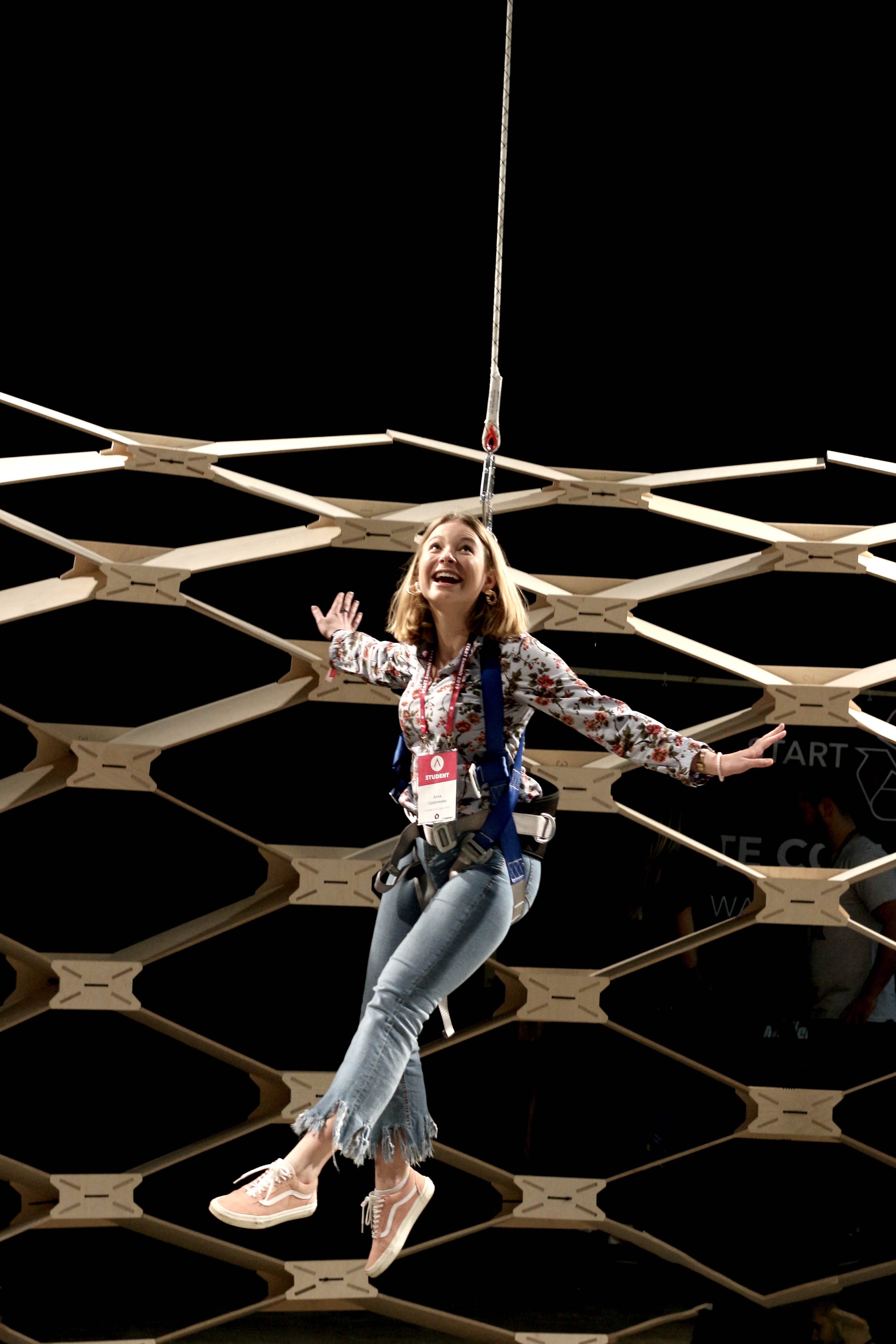 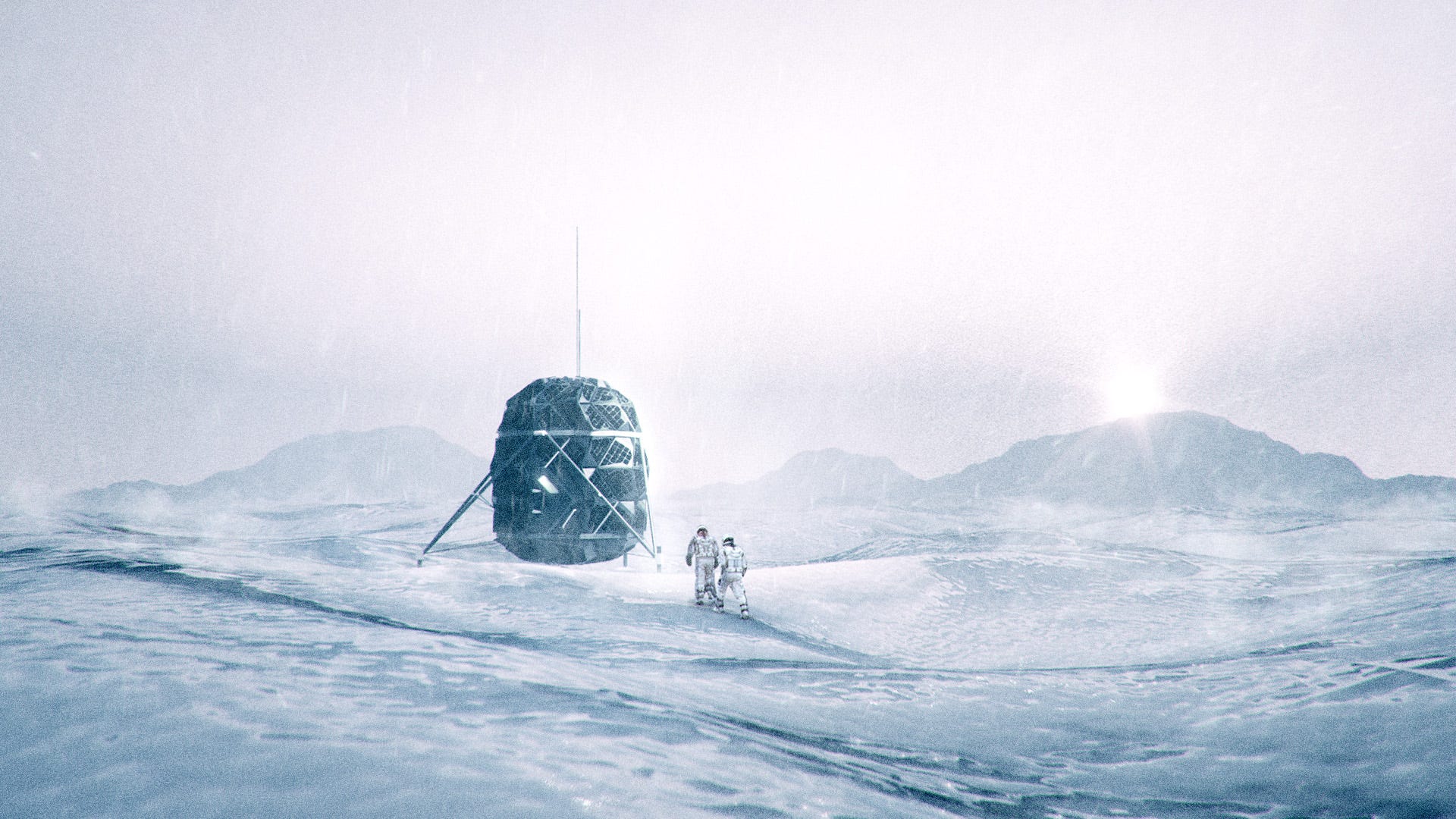 Though the interior has aspects of hygge, Danish cosy design, the outside has to withstand the harsh weather of Greenland, and eventually the lunar surface. 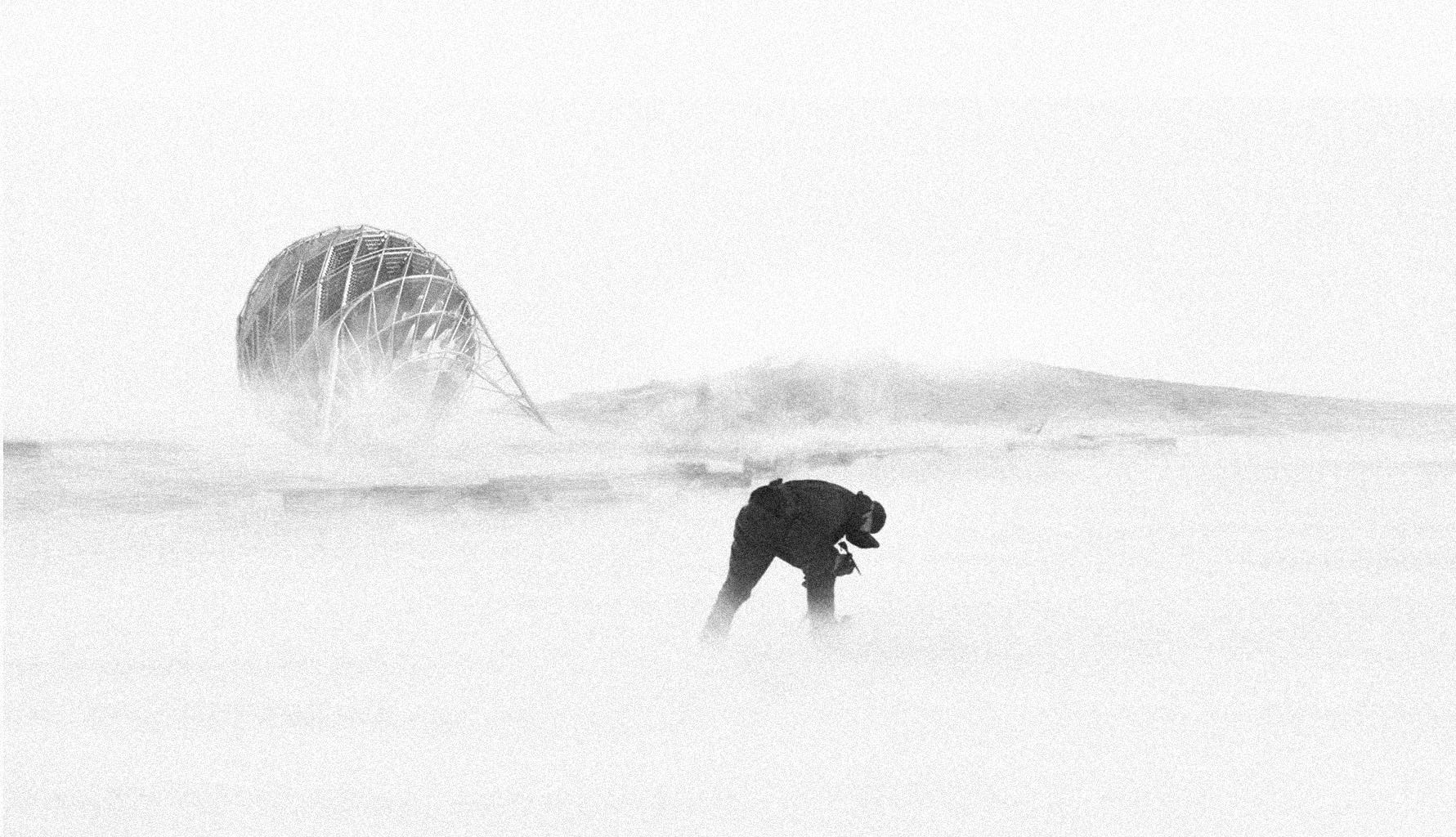 Solar panels on the exterior are the most efficient way to power the habitat, both in Greenland and on the moon. Heavy insulation is also key for temperatures reaching -40 degrees Celsius, and winds up to 90 kilometers per hour. 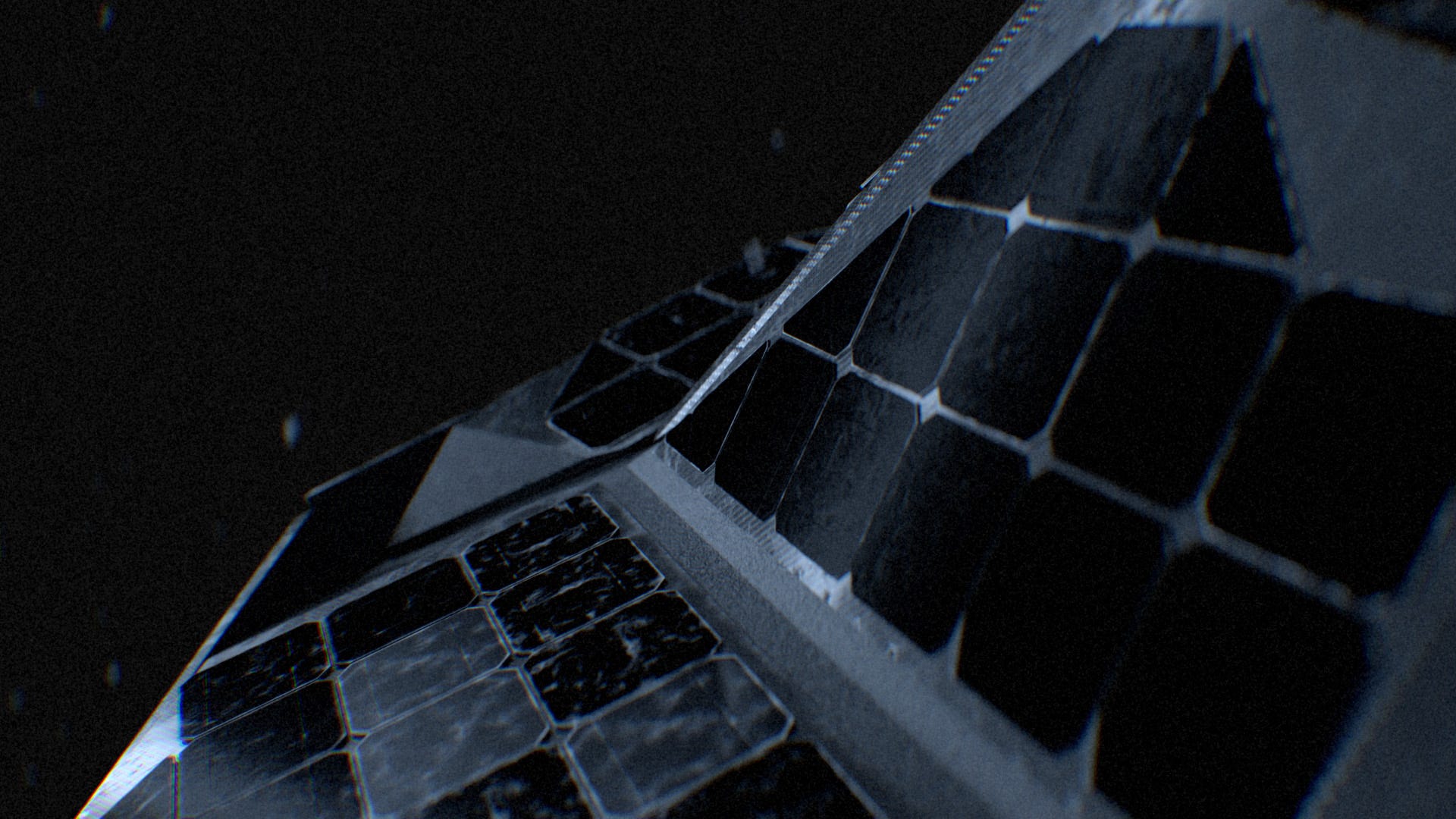 The habitat must also be strong enough to withstand meteors… 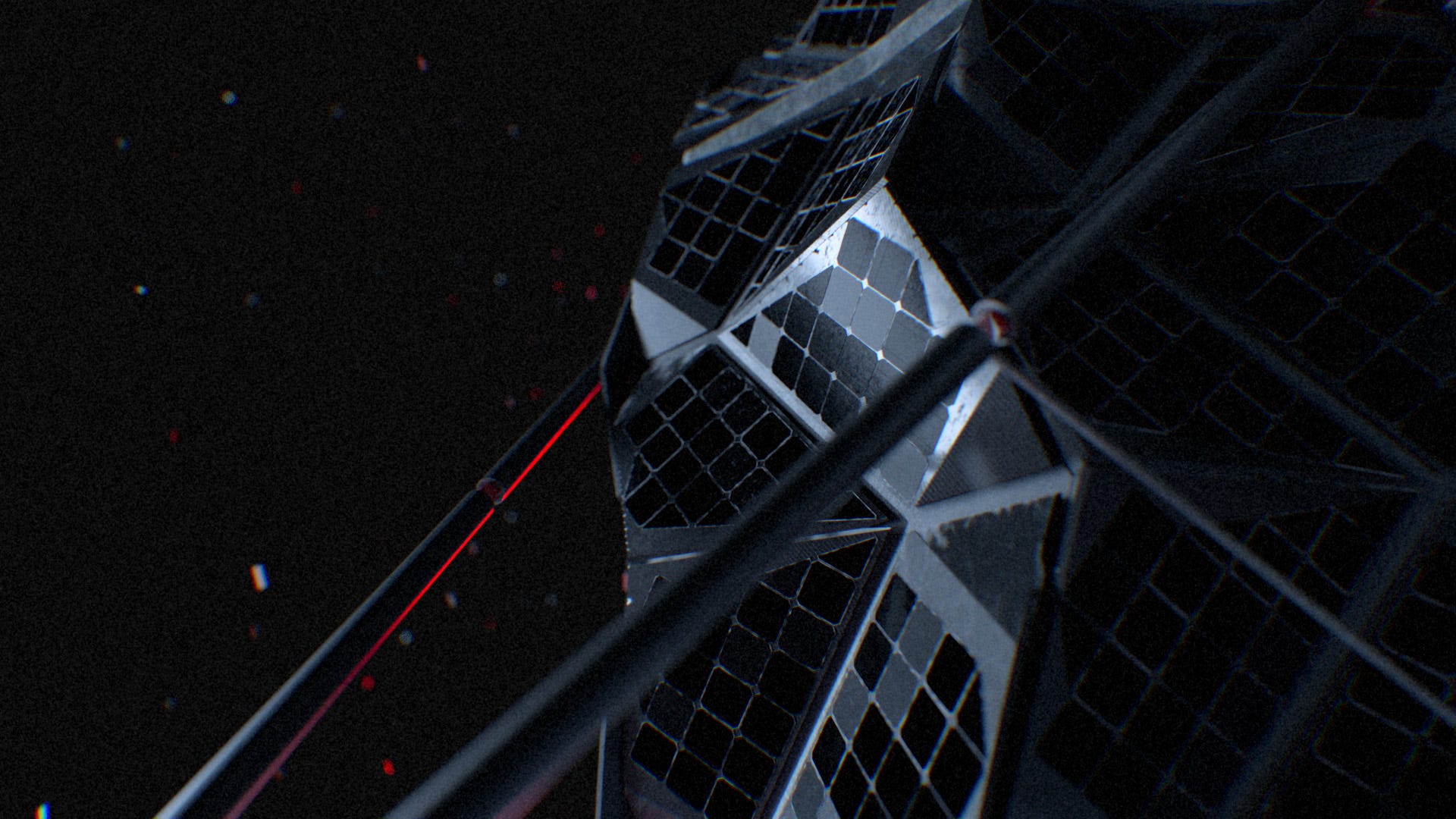 Architects chose northern Greenland because looks and behaves most like the moon’s surface out of all habitats on Earth, so it carries similar challenges.

The landscape is mostly bare and monotonous, much like the moon.

In northern Greenland, the astronauts won’t have to pretend to be in a remote, extreme climate cut off from most of the world. It will be their reality.

Finally, like the moon, Greenland doesn’t have a typical cycle of day and night.

The key to this experiment, according to the architects, is that it mimics some of the real stress of a moon mission. “So in order to properly understand how living on the Moon affects the body and mind, we need to feel the struggle to survive in the extreme reality north of the arctic circle,” they said. They will construct the habitat this summer, and start the three-month expedition in September.