Inside the lawsuit between ex-best friends that is threatening LuLaRoe, a controversial legging company that was bringing in billions in sales 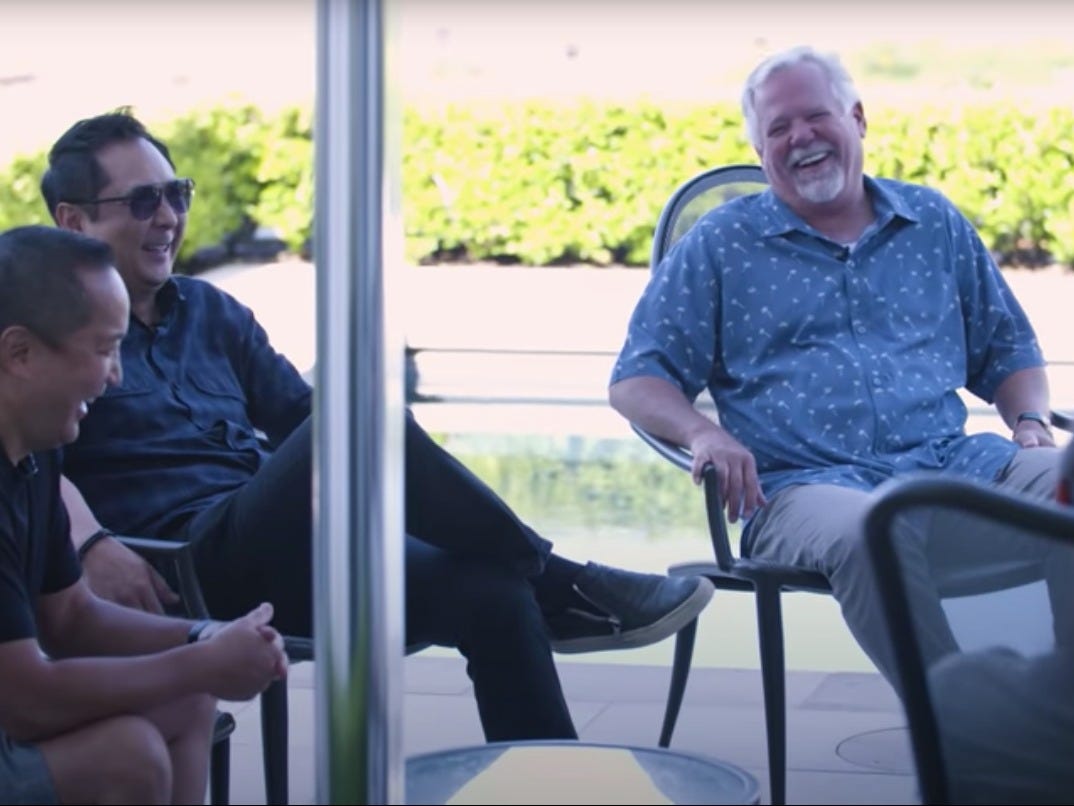 They called themselves the Ghost Squadron, the group of wealthy, influential men with a taste for the speed and design of Koenigsegg cars.

LuLaRoe CEO Mark Stidham and Providence Industries CEO Dan Kang were both members of the informal squad. They also worked together. Providence Industries, doing business under the name Mydyer, manufactured the brand’s famous “buttery” leggings and other apparel – for the multi-level marketing company that Stidham founded with his wife DeAnne.

But the men were also friends. The two even appeared together in Car Throttle’s documentary on Koenigsegg enthusiasts. The film spotlights four wealthy Californians expounding on their love of cars. At one point, Stidham smilingly points to Kang when the group discusses the “Instagram king” of the bunch. In a testimonial interview, the LuLaRoe CEO goes on to describe Kang and the other Koenigsegg owners as “great guys.”

“Mark’s just a real down to earth person,” Kang tells the camera before the short film cuts to the two men laughing around with the rest of the group.

And when Stidham’s Koenigsegg Agera RS – nicknamed “Ruthie” – broke five world speed records on a Nevadam highway on November 4, 2017, Kang documented the triumph with a series of Instagram posts.

But just a few years later, this shared love of astronomically expensive cars would mutate from a mutual interest to fodder for a lawsuit.

On January 10, attorneys representing Kang appealed to the Superior Court of California, County of Riverside to strike certain paragraphs from LuLaRoe’s countersuit against the businessman and Providence Industries. Those excerpts from LuLaRoe’s case included a portion about Kang having “touted the various assets he had acquired through his tremendous wealth,” including his $US5.7 million “extensive exotic car collection” of Koenigseggs, Lamborghinis, and Paganis.

The relationship between the two members of the Ghost Squadron has frayed along with the ties between their businesses. LuLaRoe’s filing describing the situation as “the fractured relationship of two businesses that seemingly grew at a breakneck pace together over the course of three to four years.” Declining sales, accusations of fraud, and a multi-million dollar lawsuit and countersuit between the two companies have resulted in legal wrangling that has turned personal between the two founders.

LuLaRoe, which was founded in 2012, made its name producing limited quantities of brightly patterned clothing and selling it, sight unseen, to “consultants.” The consultants would sell the clothes direct to consumers, often to friends and family at house parties and over social media. In 2017, LuLaRoe generated $US2.3 billion in sales. The company has been accused of operating a pyramid scheme.

Neither LuLaRoe nor Providence responded to Business Insider’s request for comment.

Providence first filed suit against LuLaRoe in November 2018, demanding that its one-time customer cough up $US49 million in unpaid bills. The suit claimed that representatives from Providence Industries had attempted to reason with Stidham on September 7, 2018. According to Kang’s cofounder Joseph Choi’s sworn deposition, Stidham replied: “Look guys, I am not going to pay you guys a f***ing dime unless a judge orders me to pay it, and DeAnne and I will take our two to three hundred million dollars to the Bahamas, and f*** everything.”

In January 2019, Providence raised the amount of damages it was requesting to $US63 million. The company’s lawsuit did not just take issue with LuLaRoe for failing to pay back its debts, though. It also attacked Stidham and his family directly, alleging that they hid away money and assets in “shell” companies.

A few months later, in November 2019, LuLaRoe struck back by slapping its former supplier with a $US1 billion countersuit, claiming that Providence engaged in fraud “by intentionally under-delivering and overcharging” LuLaRoe for products. LuLaRoe also alleged that its supplier provided it with low-quality products that ended up hurting sales.

Since then, LuLaRoe and Providence have been tangled in a protracted legal fight, as have their founders Stidham and Kang.

In a May 28 videoconference meeting between representatives of LuLaRoe and Providence, a deposition referee asked the multi-level marketing company’s team to “not flog the poor horse that’s already dead” in a dispute over sanctions.

In June, the referee said that delays on the part of LuLaRoe and its founders in producing information around its assets have delayed discovery. In court documents examined by Business Insider, the referee said that the “defendants’ conduct in producing a spreadsheet in lieu of making a full and complete production of requested documents is without substantial justification.”

Providence’s attorneys have accused LuLaRoe’s lawsuit as unnecessarily disparaging Kang. The suit accused Kang of boasting of his fancy cars and a $US19 million Orange County property, as well as extolling his success on Instagram and on the “Behind the Baller” podcast.

And the impact on Providence has been dire. According to arbitration documents, the manufacturer ended up with warehouses in China and California full of millions of dollars worth of unsellable LuLaRoe merchandise.

On April 6, an arbitrator wrote a statement saying that Providence owed a manufacturer called New Icon – which it had done $US200 to $US250 million worth of business within 2016 – over $US6 million. The legal document outlines the fact that the merchandise was intended for LuLaRoe, which was dealing with “payment issues.”

As for the lawsuit, on July 21, there will be a hearing regarding demurrers – or objections over points considered irrelevant to the case. A case management hearing remains on the docket for September.

Stidham rarely posts anything on his account. But on June 8, the CEO was just tagged in a video of Ruthie’s record-shattering desert run, a video from a time before fraying leggings, unpaid bills, and lawsuits swamped the relationship between Providence and LuLaRoe.

Do you work or sell LuLaRoe? Do you have experience with another multi-level marketing company? Email [email protected]