Lucid's CEO says he has 'more advanced technology than Tesla,' and wants to use it to lower the price of EVs 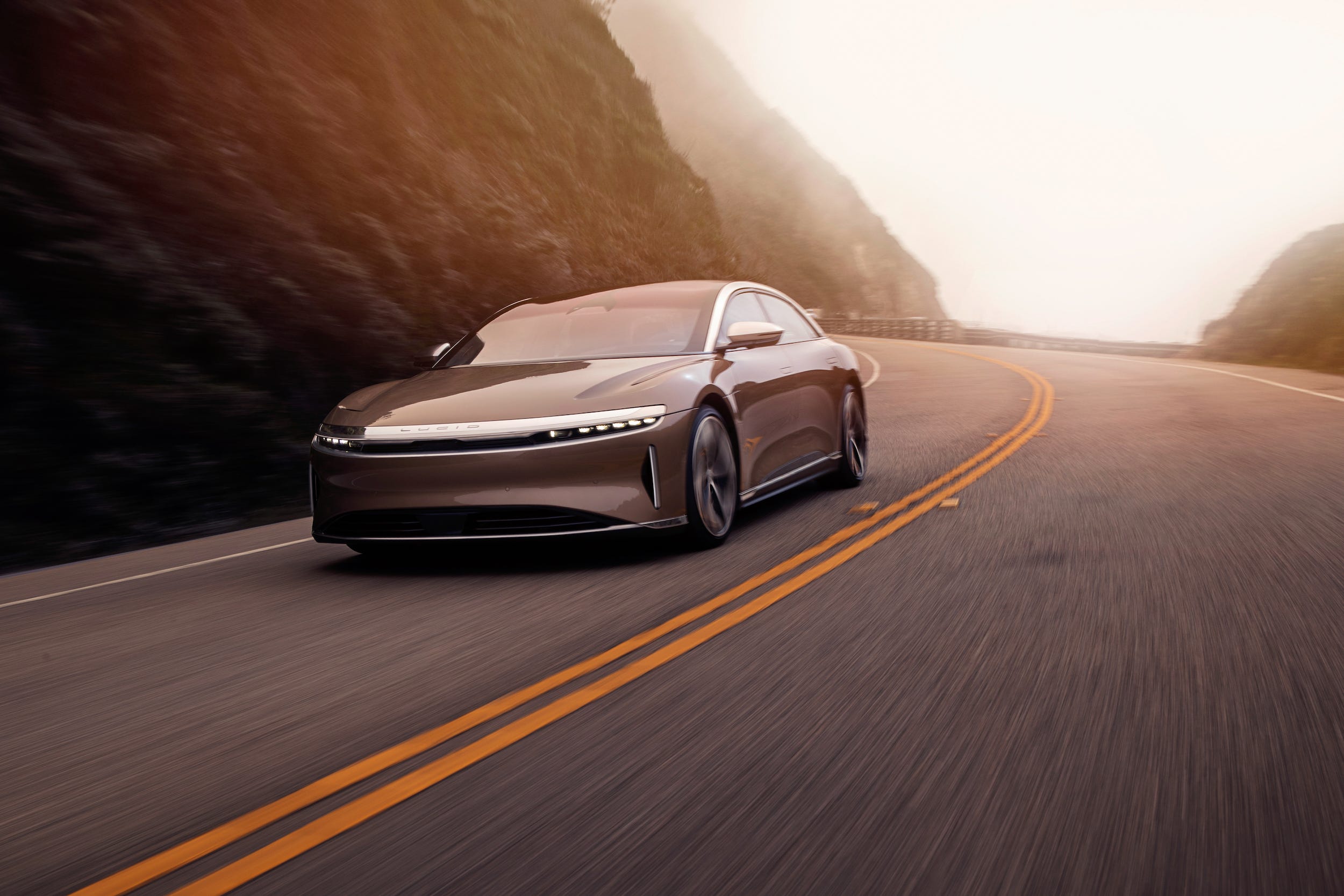 Believe what you want about trickle-down as it applies to economics, but it’s a tried-and-true method in cars. Lucid Motors, the new EV startup on the scene, isn’t just bringing a new car to the market â€” it’s bringing technology, with the hope of that technology paving the way for more affordable EVs.

With prices starting at $US80,000 ($US72,500 after the US federal tax credit), it was heartening to hear Lucid CEO and CTO Peter Rawlinson speak about sharing the technology in other, more affordable applications, as most wouldn’t consider the Air cheap.

“We want our technology to cascade into a more affordable product,” he said during a virtual tour of the Air last week.

Prior to being appointed as Lucid’s top dog, Rawlinson led vehicle engineering at Tesla and was the chief engineer of the Model S. Before that, he worked at Lotus and Jaguar.

One of Lucid’s top priorities when developing the Air was to make both the car and its manufacturing process as efficient as possible. Efficiency is Lucid’s whole modus operandi, Rawlinson said during an interview with Business Insider. 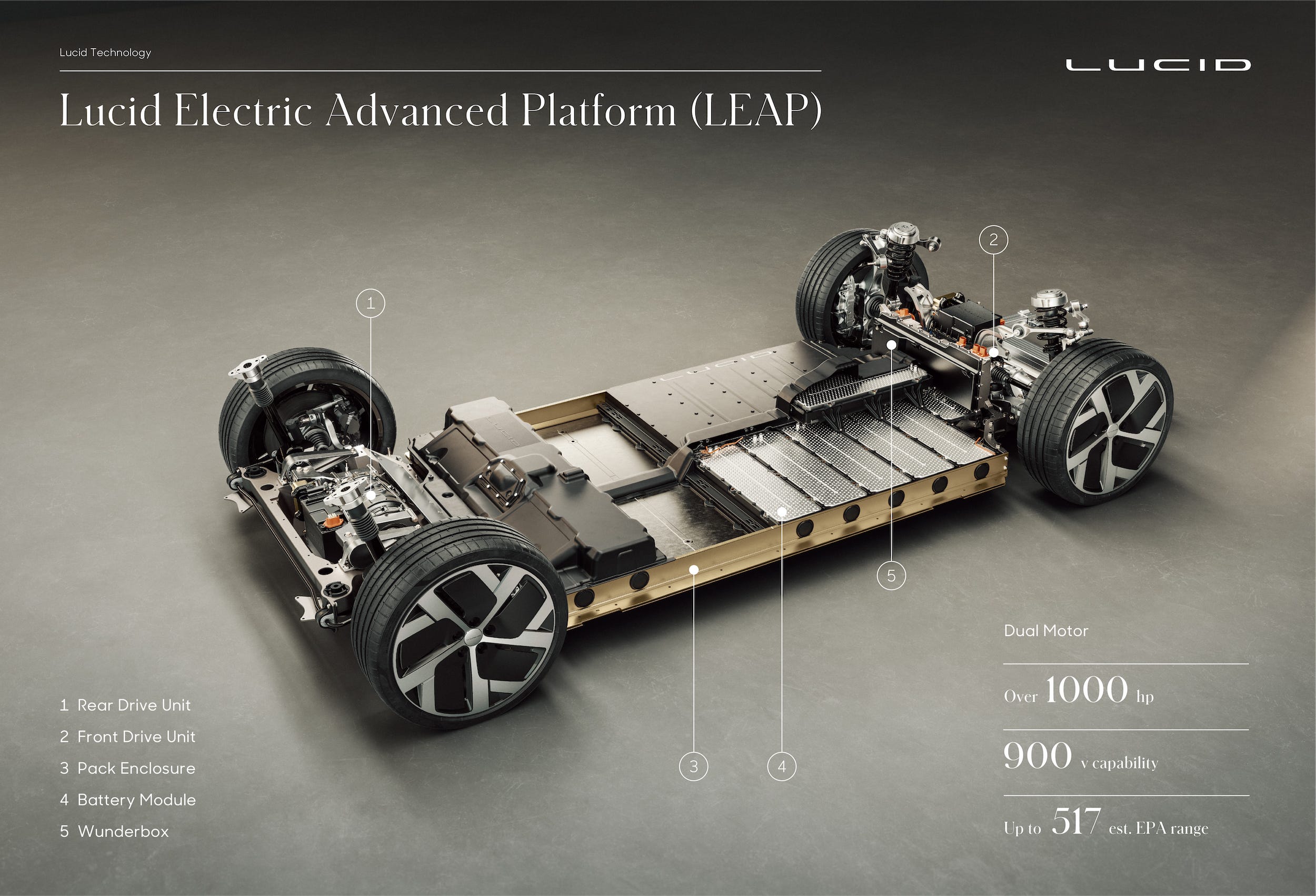 The idea of efficient packaging, especially as it pertains to EVs, is not new â€” Volkswagen also promises that its modular electric drive matrix platform, also known as MEB, will make EV production more efficient and hopefully cheaper.

But for Lucid, efficiency is key. It’s the secret sauce to the crazy range numbers that give the Air an advantage over the Tesla Model S. (Lucid attributes part of the range figure to the Air’s super slick 0.21 drag coefficient, which is lower than the Model S’s 0.23.)

In fact, Rawlinson seems to abhor the idea of companies stuffing fat battery packs into cars and calling it a day.

“There’s this myopia about batteries and it’s rubbish,” he said, dismissing it. “Dumb range is a big battery. Smart range is through efficiency.” 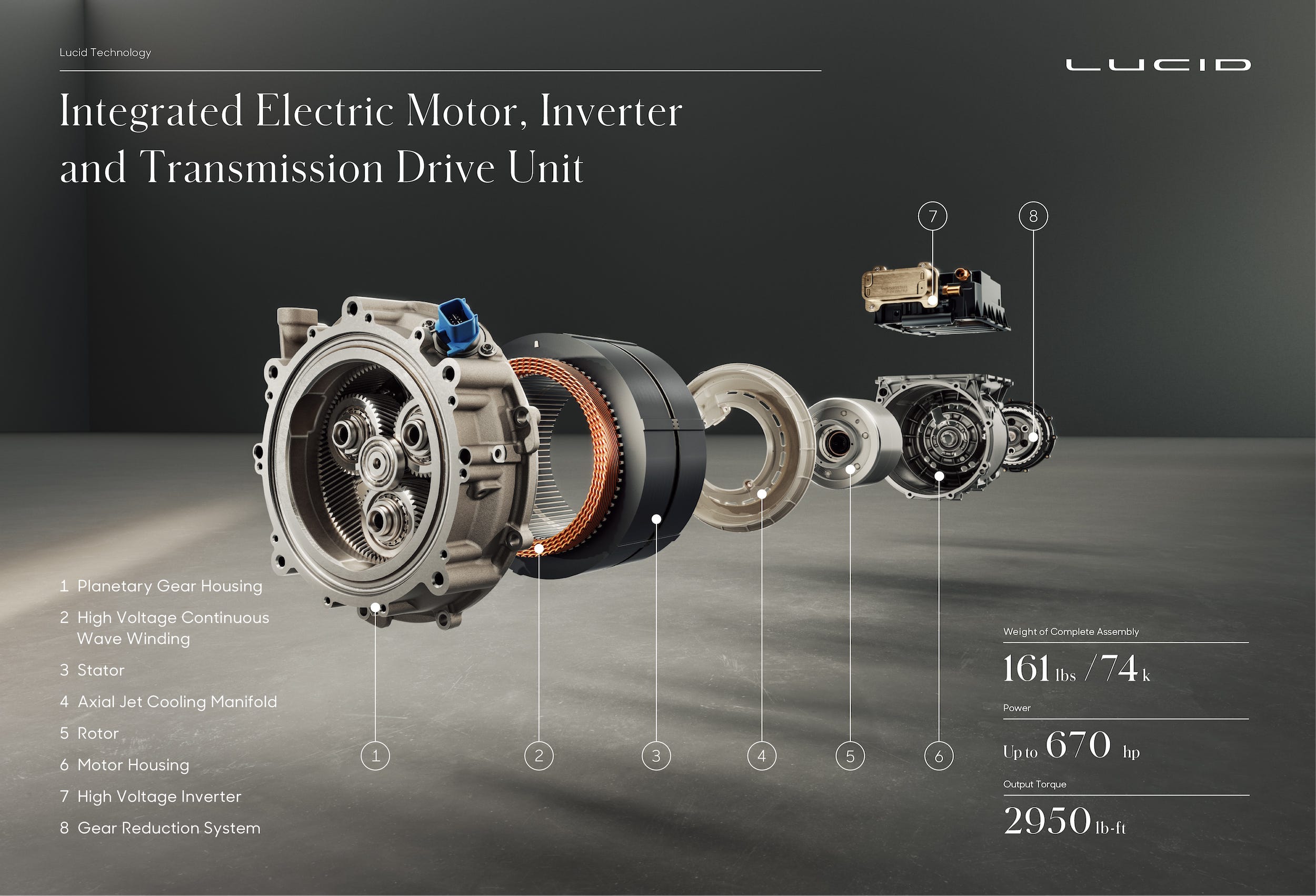 Lucid’s miniaturized its EV drivetrain â€” smaller but more powerful electric motors and revamped packaging â€” was developed in-house from the ground up. The more compact components are what gives the Air its spacious interior and also speak to Rawlinson’s belief that efficiency is more than just a big battery pack. Per the CEO’s estimates, the company’s technology is 17% more efficient than its closest competitor.

“The technology is more mass-producible, not necessarily the Lucid Air,” Rawlinson clarified. “We’ve put a degree of computer control into its manufacture, so there’s no variability. Our designs are very consistent.” 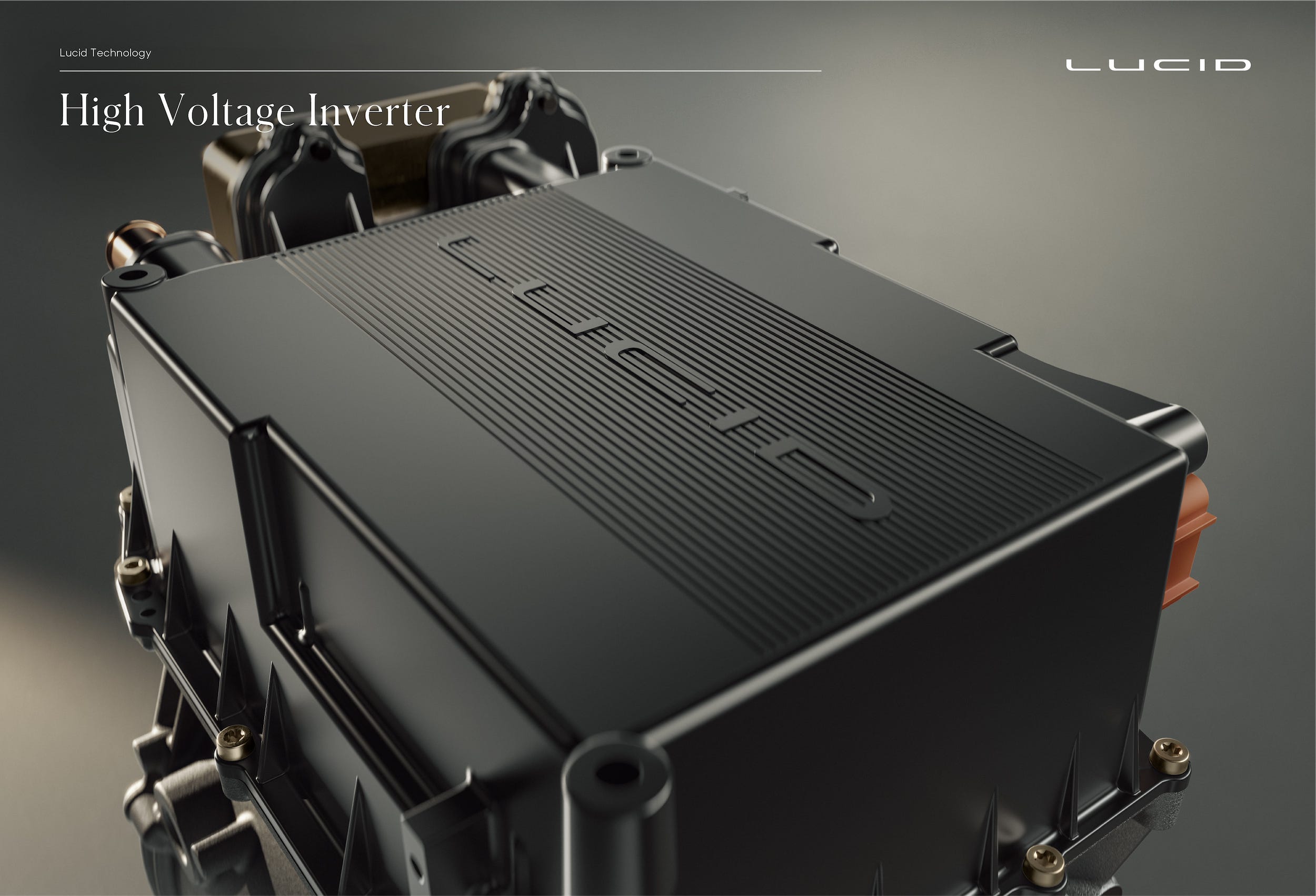 The Lucid battery pack is also more mass-producible “than anything else on the scene,” Rawlinson said. That drives cost down, with the aim here to being able to eventually share the tech.

“Once all the costs are driven down, there’s a multiplier effect for all costs going down,” Rawlinson said. “I like to think that our technology can power all car companies.”

This idea of automakers collaborating to produce EVs isn’t new, either. Ford and Volkswagen are working together to do it. More recently, Honda and General Motors announced similar moves. It saves money on production costs, engineering, and research and development.

Lucid’s appearance in the industry would give existing automakers another option â€” with the resulting product eventually trickling down to benefit us, the consumers, hopefully at an affordable cost. 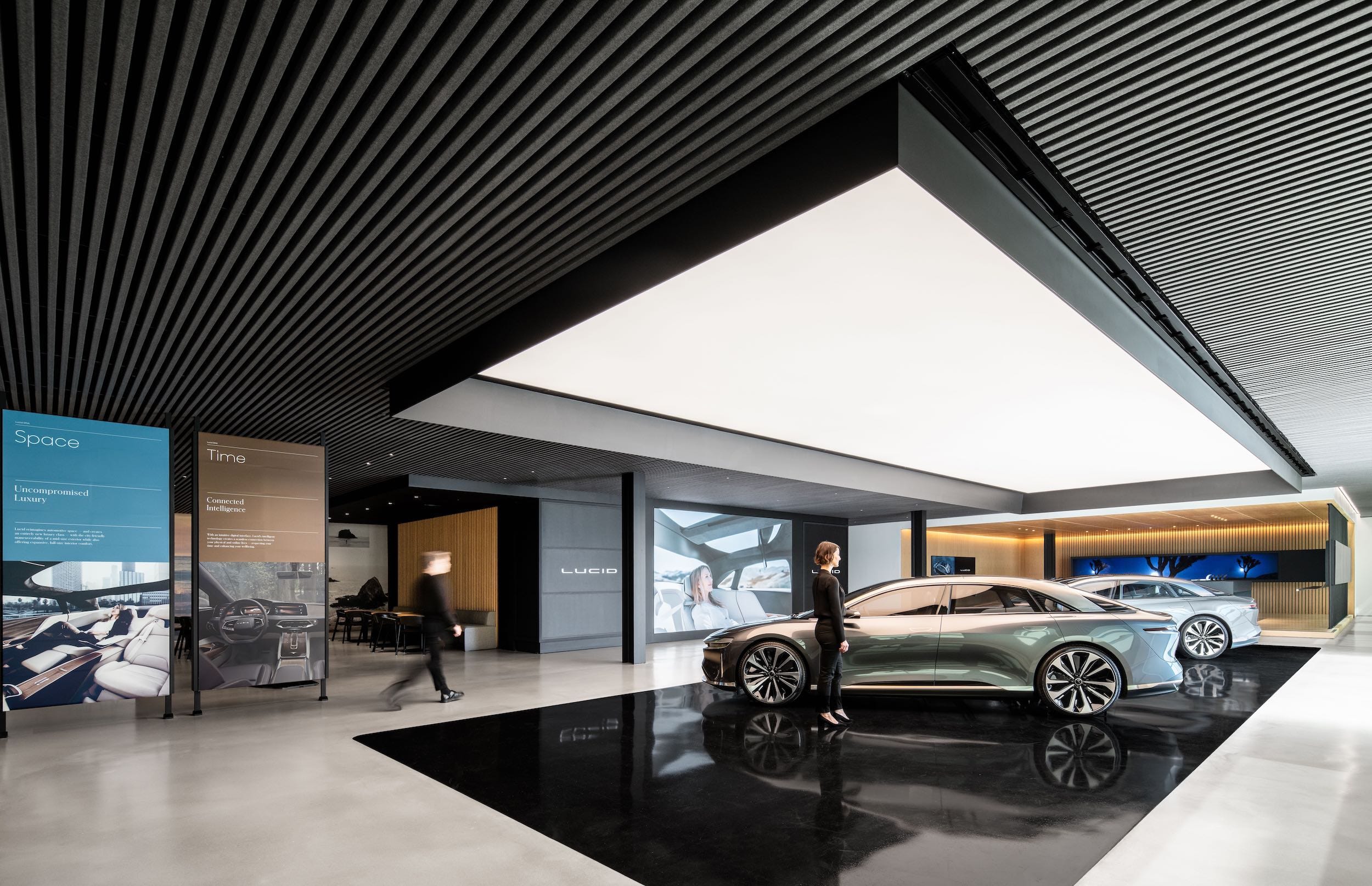 Lucid’s Casa Grande, Arizona, manufacturing plant currently has a capacity of 34,000 cars per year, Rawlinson said. That is phase one for the company: to make and sell the more expensive Air before getting into mass production.

“It costs far more to set up mass production to build a smaller car at a mass scale,” Rawlinson said. “We have to walk before we can run.”

“Sure, we’re going to come downmarket with a more affordable platform, but that’s still some years out.”

Basically, don’t expect a cheap Lucid car anytime soon. But as for the plant, Rawlinson said the square footage is big enough to support an output of 360,000 cars a year, maybe 400,000.

“That’s bigger than Tesla Fremont,” he said. “Let me tell you, I want to max it out.”