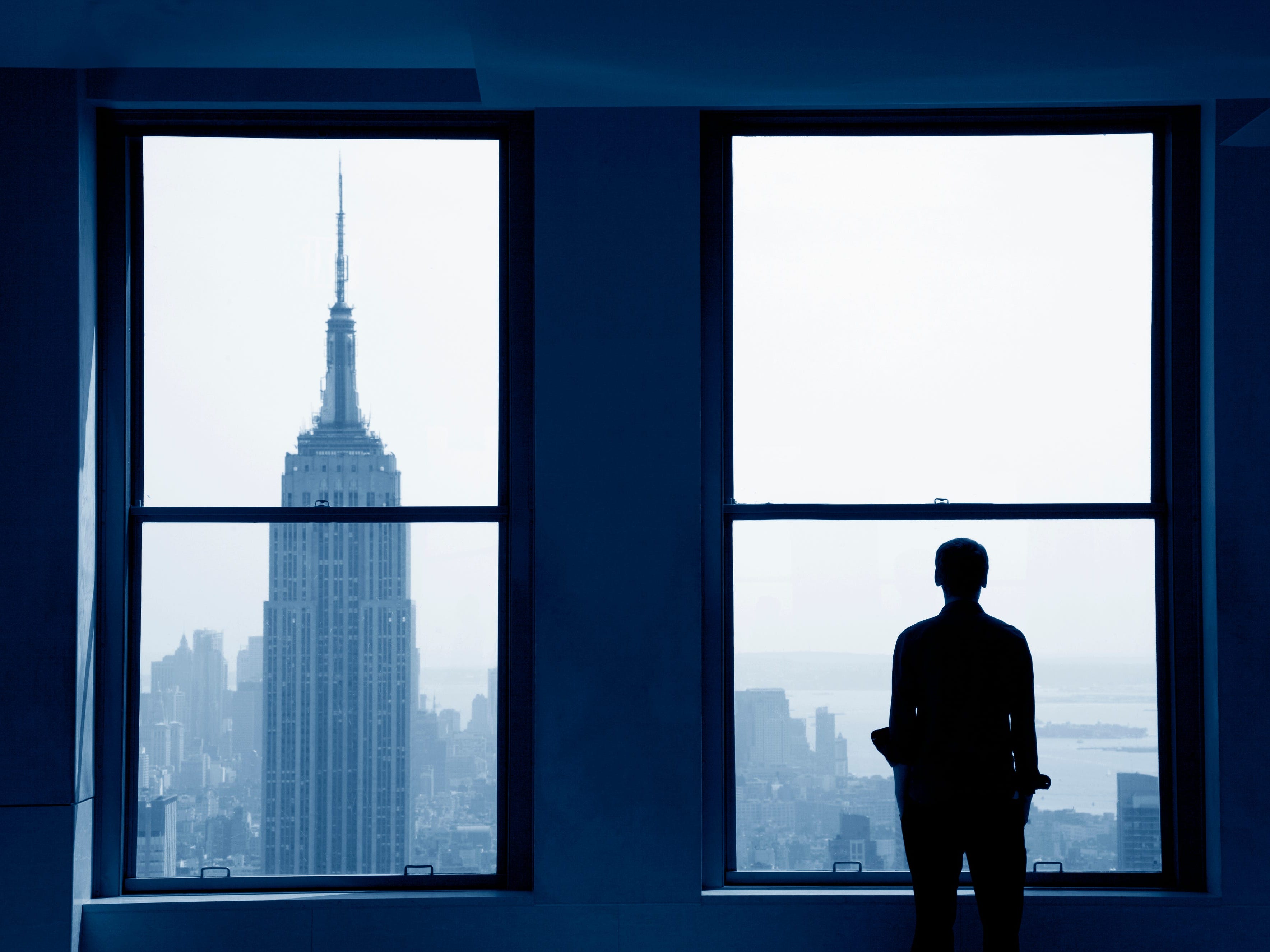 Two big cities are clear losers from the coronavirus pandemic: New York and San Francisco. But that doesn’t mean that people who live there are losing out â€” quite the opposite, actually.

Shuttered schools and offices, coupled with fewer options for cultural activities, have forced many city dwellers to consider whether or not they are willing to pay notably astronomical Manhattan and Bay Area rent.

Mounting apartment vacancies in Manhattan have forced landlords to bring rents down to the lowest they have been since 2013, according to a new Miller Samuel analysis. Studio apartment rents in Manhattan were down to a median $US2,495 in September, a plunge of 15.4% year-over-year. Almost 16,000 apartments sat vacant in Manhattan last month â€” the most since 2006, when those records started being kept.

In San Francisco, rents are falling even faster.

A new Realtor.com study found that the median monthly rent for a studio in San Francisco plummeted 31% year-over-year to $US2,285 in September, the harshest rent decrease across the country.

The falling rents, coupled with enormous concessions like free months or Citi Bike memberships, could attract creatives back to those cities, ultimately sparking a new golden age. New York City, for example, has a history of creating great culture amid moments of crisis.

The big question is whether creatives flood in to take advantage of cheap rents â€” just as New York and San Francisco go broke and quality of life craters.

“New York’s housing market teeters on the edge of an abyss,” Jay Martin, the executive director of the Community Housing Improvement Program told NBC New York for a July article. “We cannot continue this delusion that people will throw themselves into bankruptcy just for the privilege to live in the Big Apple,” he continued.

“It’s clear renters are fed up, and owners are unable to continue to shoulder the tax burden for the city.” Real estate drums up 53% of the city’s tax revenue. New York governments and authorities expect to see $US59 billion in revenue shortfalls through 2022. Overall tax revenues between March and August were 6.8% lower than the same period in 2019. 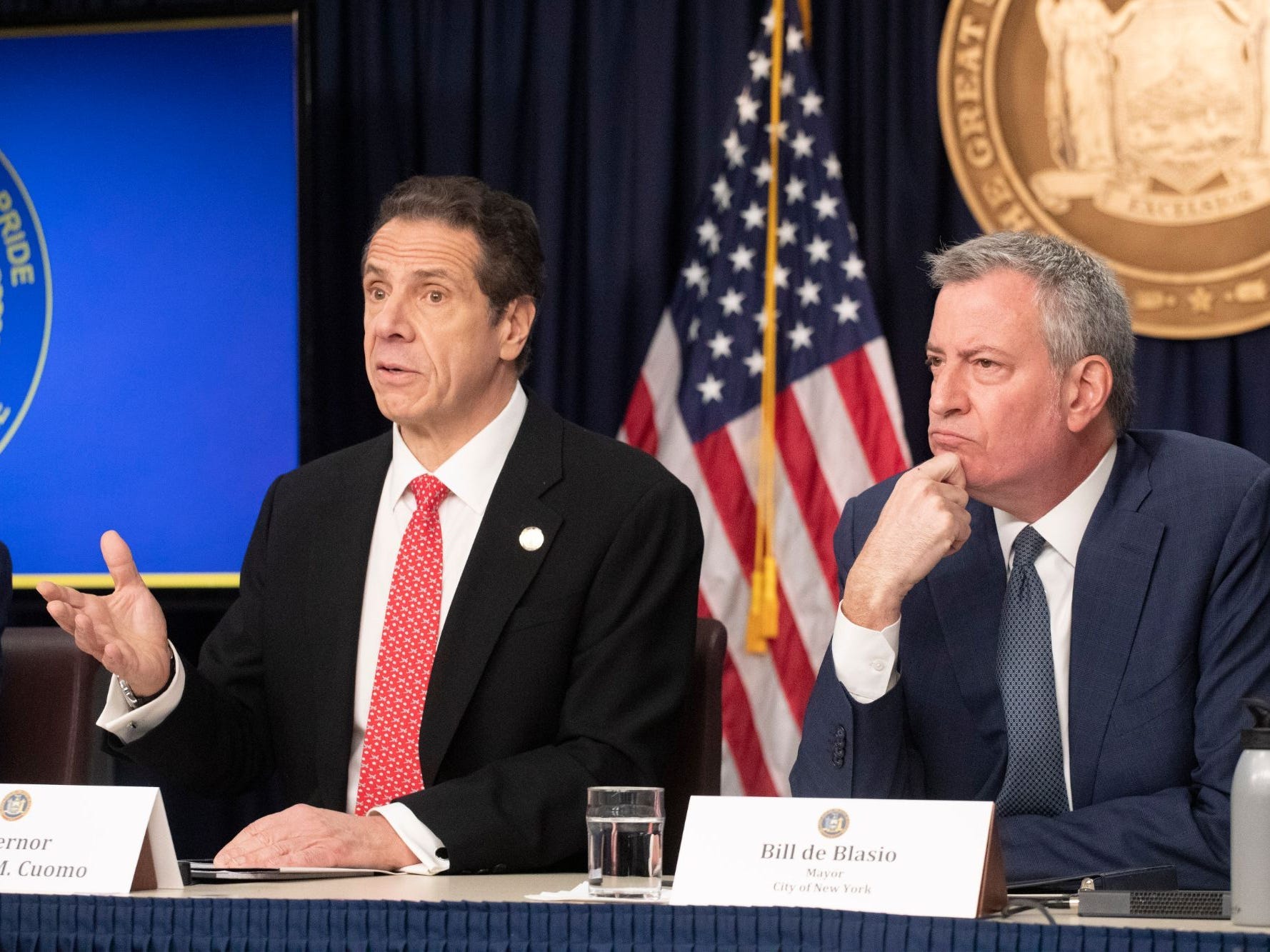 Meanwhile, in San Francisco, population loss is evident from plummeting sales tax figures. From April to June, the city’s sales tax revenue dropped to $US30.8 million, down 43% from 2019, the city’s chief economist, Ted Egan, told the San Francisco Chronicle in early October. “The sales tax data is just a warning sign for small businesses that don’t have the resources to take a long-term shutdown or recession.” The data contributes to the city facing its worst fiscal crisis in decades.

The drop in tax revenue, Egan said, “opens up a huge question:” Will people return?

Main players in New York City have also been asking the same question. The CEOs of more than 160 companies are demanding New York City Mayor Bill de Blasio work to ensure that people do return sooner rather than later. The letter, signed by execs at companies like Goldman Sachs and Macy’s, said there was “widespread anxiety over public safety, cleanliness and other quality of life issues that are contributing to deteriorating conditions in commercial districts and neighbourhoods across the five boroughs.”

“We’re grateful for the business community and are partnering to rebuild a fairer, better city,” the mayor responded on Twitter. “To restore these services and save jobs, and the most direct way to do that is with long-term borrowing and a federal stimulus.”

There’s a lot of inventory in New York and San Francisco, and not much anywhere else

Meanwhile, as the price to rent in these notoriously expensive cities sinks, housing inventory surges. A Zillow report found that nearly twice as many homes were for sale in San Francisco in August compared to last year. Even San Francisco moving companies are reporting being more slammed than normal.

It’s a stark contrast to the historically limited inventories virtually everywhere else. Zillow economists found there are 20% fewer houses for sale now than there were at this time last year. On top of that, a National Association of Realtors report found that existing home sales reached a 14-year high in August while Bloomberg found that the country could run out of new-house inventory in just a couple months. 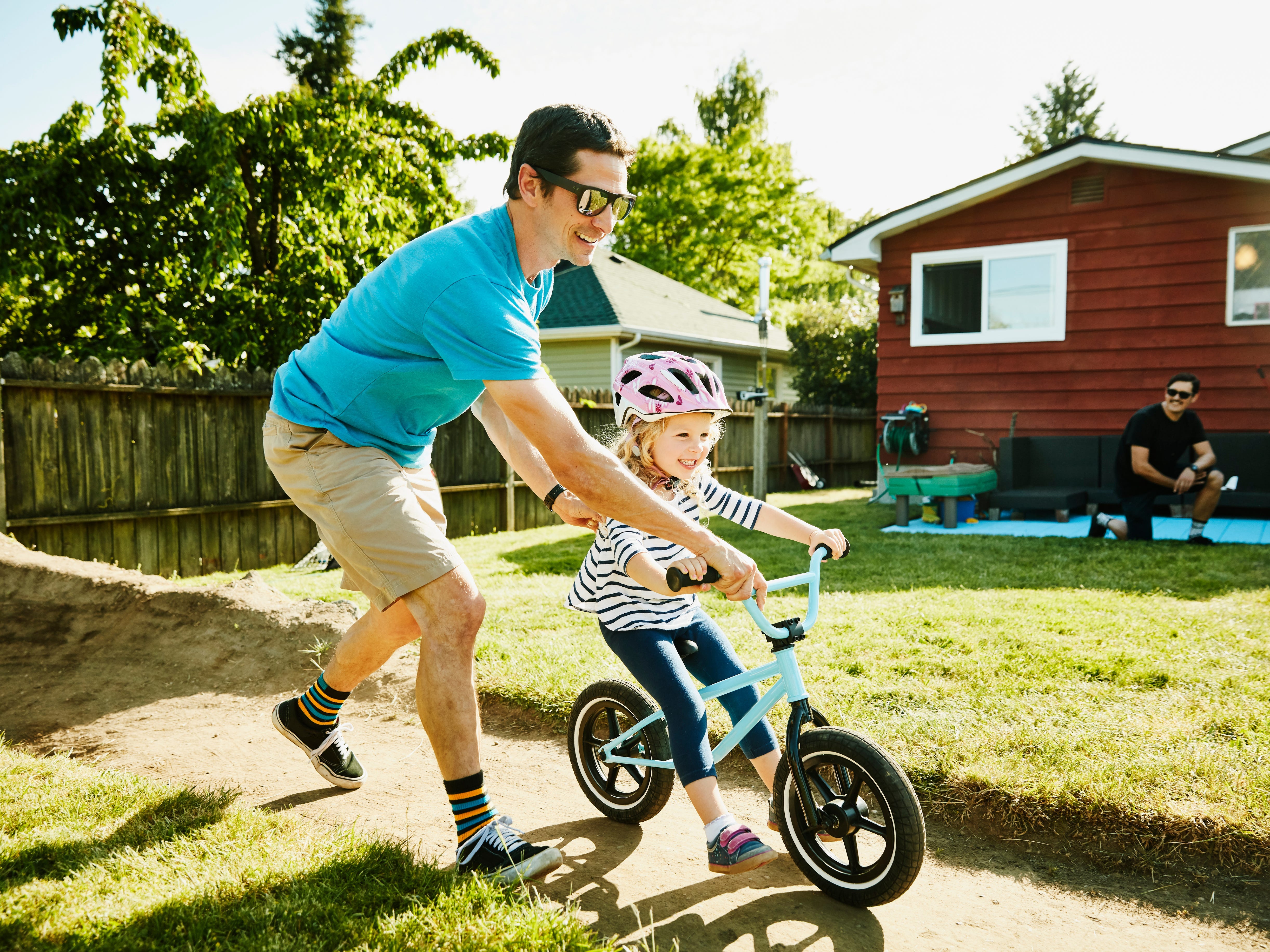 Suburban housing prices, due to an increase in demand, are ratcheting up. Homes are selling at a faster rate and at a higher price point than ever before â€” Redfin reported that one-third of homes on the market in September sold above listing price, the highest level ever recorded. The tristate suburbs, Business Insider previously reported, have become a land of bidding wars.

Jonathan Miller, the CEO of Miller Samuel, previously told Business Insider that some city residents left back in March and April, and currently have no “incentive to return.”

The same applies to San Francisco. Large tech companies that completely dominate the Bay Area have committed to remote work for the long haul. Consider Google. The company has extended its work-from-home policy until summer 2021 and provided its employees with the opportunity to make their remote working situation even more permanent.

The exodus, Miller said, mirrors a trend that we typically see play out on a much smaller scale even in pre-pandemic times.

“The stereotypical scenario is that a young professional couple starts having kids and then they move out to the suburbs,” Miller separately told The Wall Street Journal. “You took what would be a natural trend and compressed fived years into about three months of outbound migration.”

Data seems to confirm Miller’s hunch. While Manhattan was the most popular point of departure in 2020, it was also the second-most popular in 2019, when it lost nearly 20,000 residents. 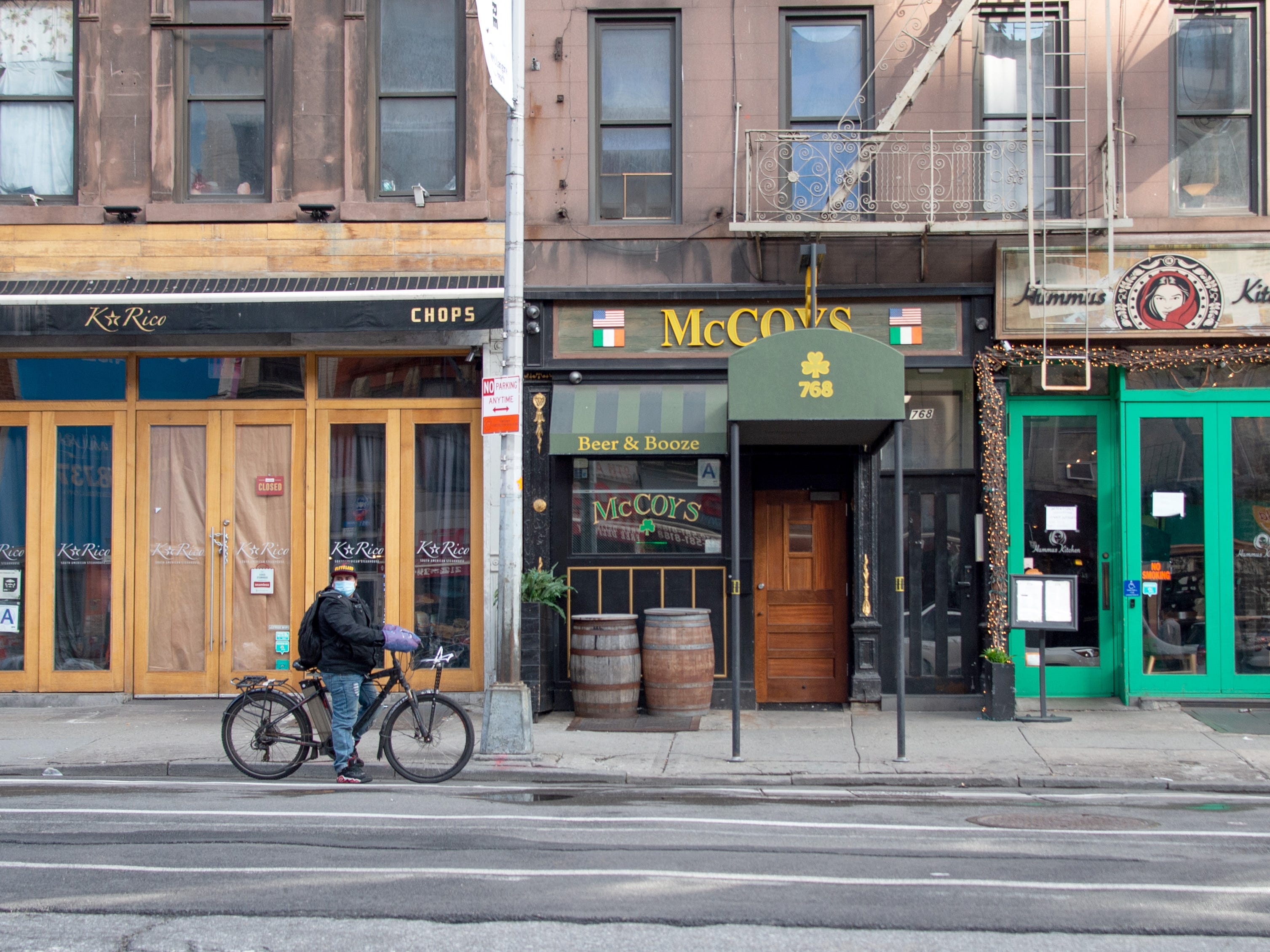 Frank Donnelly, a Geospatial Data Librarian at Baruch College, told MyMove that “migration from New York City has been a long-term trend.” Plummeting rents just magnify the urban exodus that’s been happening all along.

The places that people are moving, the study found, are decidedly more suburban. The top three are all towns in Texas.

Frisco, for example, saw thousands of new residents amid the pandemic, according to USPS. But the influx of residents isn’t particularly novel there â€” the Dallas suburb has been steadily growing for years.

Almost half of the area’s homeowners have lived there for less than 10 years.