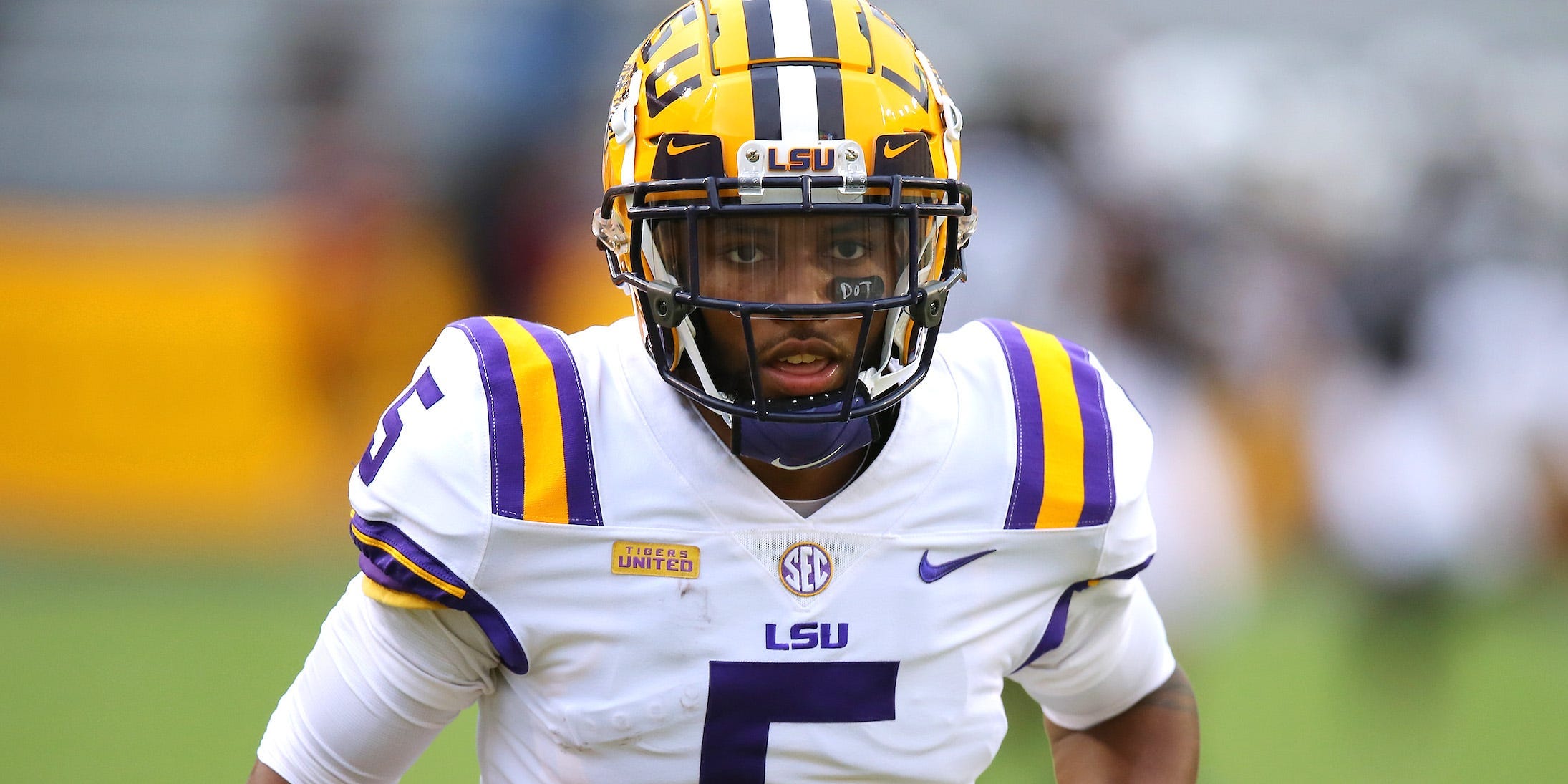 Jonathan Bachman/Getty ImagesKoy Moore #5 of the LSU Tigers in action against the South Carolina Gamecocks during a game at Tiger Stadium on October 24, 2020 in Baton Rouge, Louisiana.

Three Baton Rouge police officers have been placed on paid administrative leave after Louisiana State University wide receiver Koy Moore said they approached him with their guns pointed at him and “violated numerous times.”

Moore, a 19-year-old freshman at LSU, posted a complaint about the incident on Twitter on Sunday, saying police officers accused him of having a gun and drugs and screamed, “Where’s your gun?” at him.

“I was violated numerous times even as going as far as trying to unzip my pants in search of a weapon that I repeatedly told them I did not have,” he said in his tweet. “As I tried to go live for video documentation of the harassment they snatched my phone. I could have lost my life and I know for a fact nothing would have happened to the guys who did it.”

According to a statement from the Baton Rouge Police Department posted on Facebook, Police Chief Murphy Paul launched an internal affairs investigation after learning about Moore’s tweet and speaking with the football player.

Just read this please we need a change!!! pic.twitter.com/EyiK0Rmx1r

He said the three officers involved in the incident had been put on paid administrative leave during the investigation.

“We appreciate Mr. Moore bringing this incident to our attention,” Paul said in the statement. “As in every case, we will be collecting all available evidence and conducting interviews. Accountability and transparency are critical in building trust with the community. I pledge a thorough investigation into this complaint.”

“We have engaged with Koy and his family, and the appropriate LSU officials are working with the BRPD to help gather the facts of the incident,” he said. “We have full faith that BRPD will conduct a thorough and transparent investigation into the matter. We will l continue to dedicate every available resources to supporting Koy and other LSU student-athletes who are understandably upset. Black Americans should never be treated unjustly by law enforcement, and we will continue to do our part to help change systemic racism in America.”

Baton Rouge Police did not immediately respond to Insider’s request for comment.