A minute of loud talking can generate more than 1,000 coronavirus-laden droplets that linger in the air for 8 minutes, new research shows 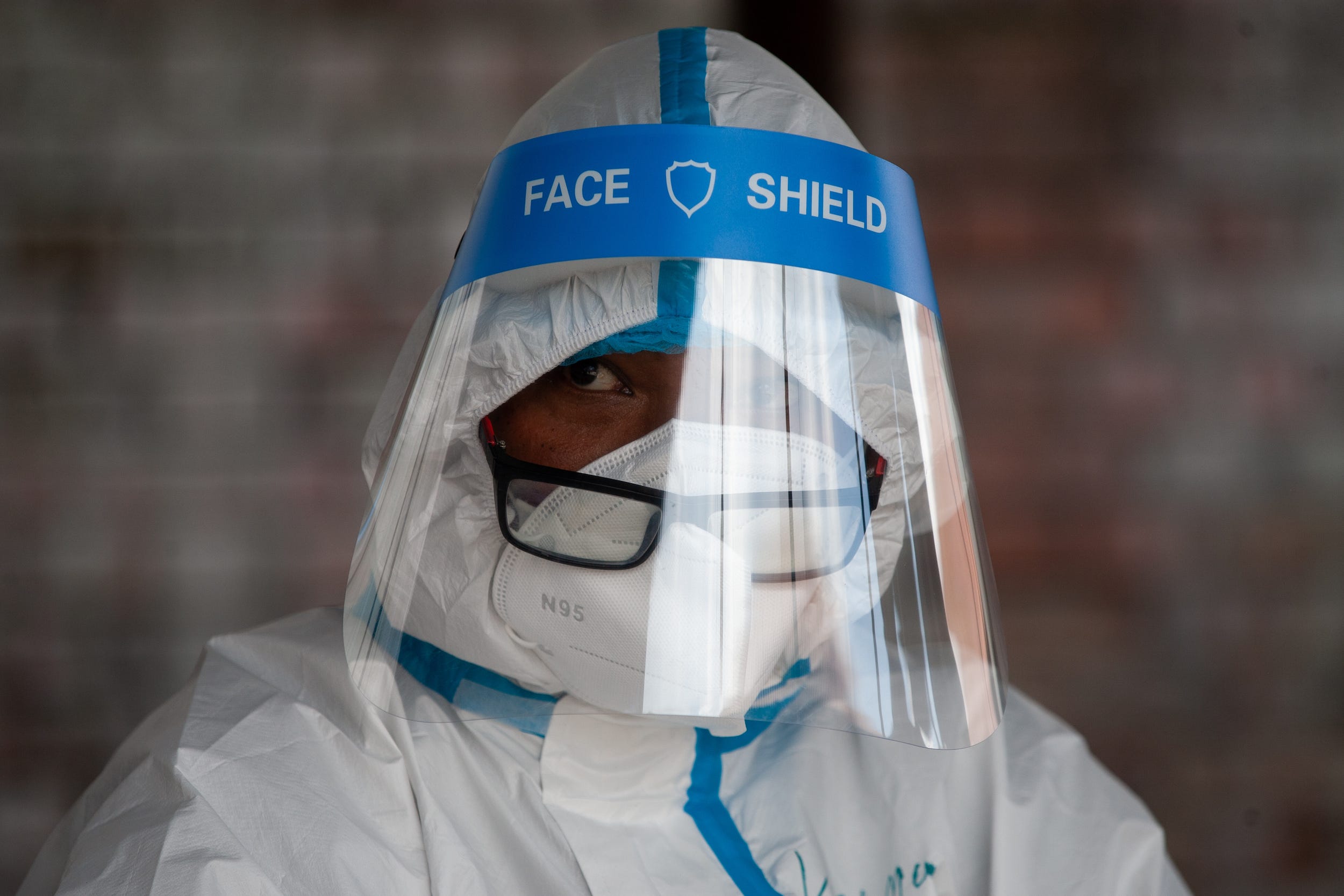 Prabin Ranabhat/Echoes Wire/Barcroft Media via Getty Image)A healthcare worker in Nepal wears a protective suit as a preventive measure during the collection of swab samples.

Talking loudly produces enough droplets to transmit the coronavirus to others, a new study confirms.

Given that one milliliter of oral fluid contains approximately 7 million copies of the coronavirus (according to previous research), the authors of the new study determined that speaking loudly for just one minute can emit more than 1,000 virus-containing droplets. Their work, published in the journal Proceedings of the National Academy of Sciences, also shows that those droplets can then remain in the air for eight minutes or longer.

While it’s well understood now that the coronavirus (whose clinical name is SARS-CoV-2) can spread through droplets from coughs and sneezes, the study underscores the threat posed by asymptomatic and presymptomatic carriers– infected people who don’t feel sick but can still pass along the virus.

“Speech droplets generated by asymptomatic carriers of SARS-CoV-2 are increasingly considered to be a likely mode of disease transmission,” the researchers wrote.

The study also found that louder speech produces a higher number of droplets, though the authors noted that “there is a substantial probability that normal speaking causes airborne virus transmission in confined environments.”

That’s consistent with a recent CDC analysis of a coronavirus outbreak at a choir practice in Washington state. Of the 61 attendees, 33 tested positive and another 22 developed suspected cases.

“The act of singing, itself, might have contributed to transmission through emission of aerosols, which is affected by loudness of vocalisation,” the CDC report said.

The new study found that droplets emitted via speech shrink to between 20% and 34% of their original size after they’re released into the air. That slows down the speed at which they fall to ground, meaning they can remain in the air for several minutes.

“We’re not reopening based on science,” Dr. Thomas Frieden, a former director of the Centres for Disease Control and Prevention, told The New York Times. “We’re reopening based on politics, ideology, and public pressure. And I think it’s going to end badly.”