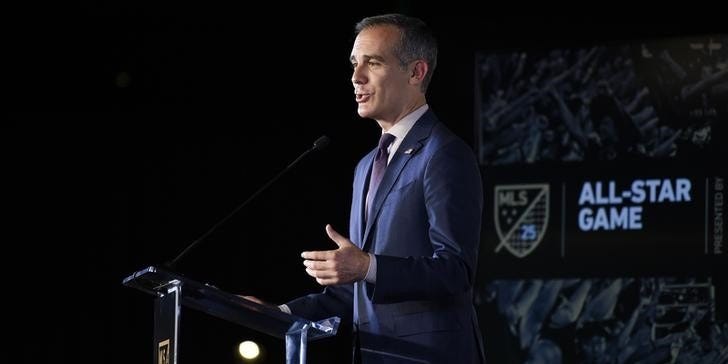 The mayor of Los Angeles said the city is “not guided by politics in this,” but “guided by science and collaboration” in response to a letter from the Justice Department letter decrying their stay-at-home orders.

The Trump administration sent a warning letter to Los Angeles Mayor Eric Garcetti Friday saying that the Justice Department will take an “arbitrary and heavy-handed approach” to the city’s stay-at-home orders, the Los Angeles Times reported.

“Reports of your recent public statements indicate that you suggested the possibility of long-term lockdown of the residents in the city and county of Los Angeles, regardless of the legal justification for such restrictions,” Eric Dreiband, who works as an assistant attorney general in the Civil Rights Division of the DOJ, wrote in the letter.

“Any such approach may be both arbitrary and unlawful,” the letter continued.

Garcetti responded to the letter in a press conference Friday evening, saying, “Look, we’re not guided by politics in this, we’re guided by science and collaboration.”

“The numbers will always guide us forward. There’s no games, there is nothing else going on, and that’s the way we are going to safely open,” Garcetti said. “I want people to shift their mindset from those of us who did the right things and were hardcore about closing. We were able to do this and save lives.”

Garcetti’s response comes after White House health expert Dr. Deborah Birx announced that the administration will deploy members of the Centres of Disease Control and Prevention to investigate the continuing spread of the coronavirus in Los Angeles, as well as other hotspots in the country, including Chicago and Washington, DC, the Los Angeles Times reported.

“Look, we follow these numbers very closely. I can tell you all the statistics where – I think of major counties in America. And I don’t want to speak for the county – I’m the mayor of the largest city in this largest county,” Garcetti said in response to the CDC investigation.

“But I think we’re ranked 82nd in terms of deaths, in terms of the cases we have per capita. So we’re nowhere near the top of the infection rates, the cases, the deaths,” he continued. “Those numbers don’t lie.”