As COVID-19 cases surge in Los Angeles, hospitals are running out of oxygen 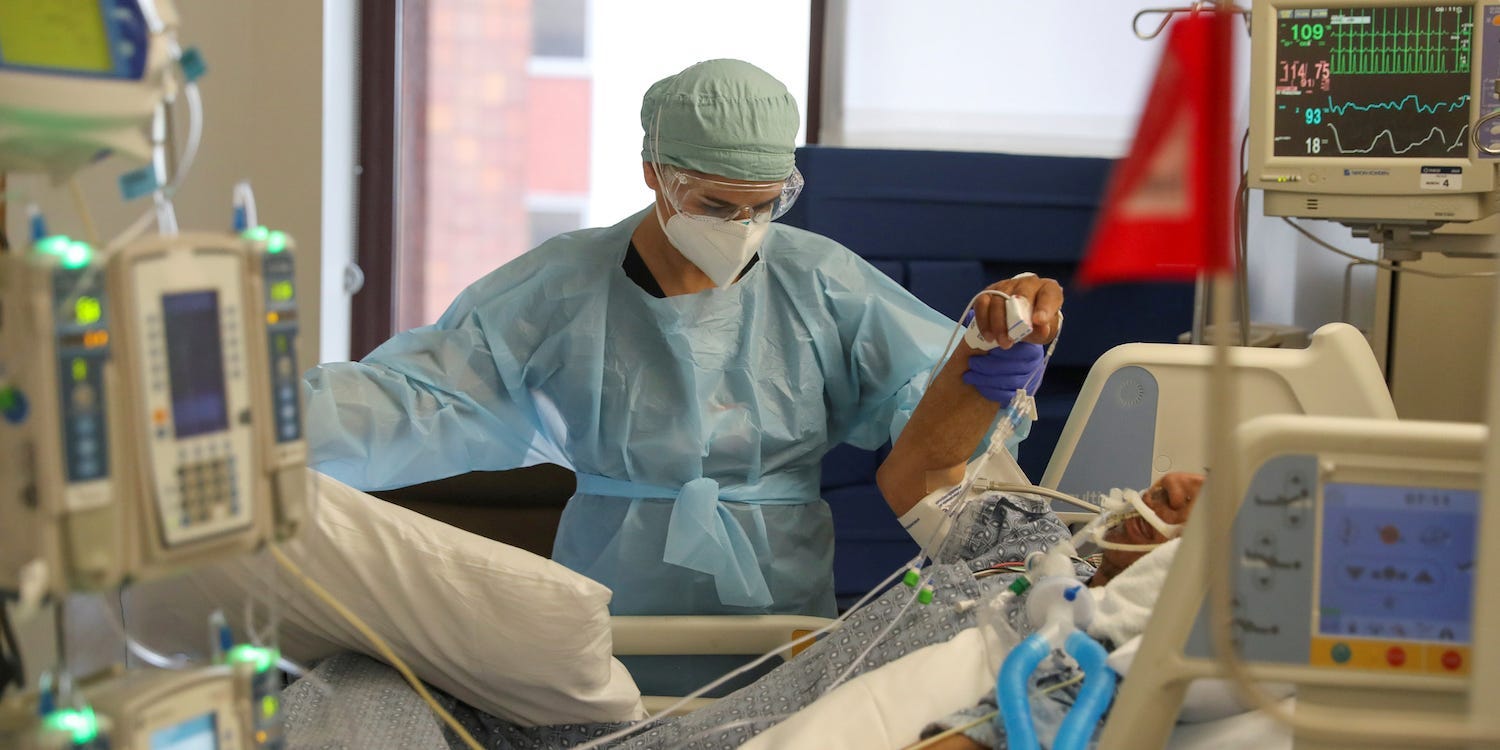 Lucy Nicholson/ReutersCo-director of the intensive care unit at CommonSpirit’s Dignity Health California Hospital Medical Centre, Dr. Zafia Anklesaria attends to a COVID-19 patient in the hospital where she works, during the coronavirus disease (COVID-19) outbreak, in Los Angeles, California on May 18, 2020.

At least five hospitals in Los Angeles County declared themselves internal disasters and were forced to reroute ambulances to other facilities over concerns about oxygen supply, the Los Angeles Times reported.

Non-COVID patients typically require around six litres of oxygen a minute, according to the Times, but COVID-19 patients need 60 to 80 litres a minute.

Los Angeles has seen a surge of COVID-19 cases, hospitalizations, and deaths following the holidays. At one hospital, the gift shop and chapel had been converted to treatment areas.

As of Monday, Los Angeles had an average of more than 14,000 daily new cases over the past week, according to data compiled by The New York Times.

When it comes to oxygen, the demand is so high in some hospitals that the system can’t maintain the needed pressure. In other cases, the high flow of oxygen has caused the pipes to freeze.

Public health officials and healthcare workers have said that they don’t see the surge peaking anytime soon and they are concerned that the healthcare systems may not have the capacity to properly treat everyone if cases keep climbing.

“All indicators tell us that our situation may only get worse as we begin 2021. The rate of community transmission remains extraordinarily highâ€¦. As cases continue to remain at these alarmingly high levels, hundreds more people are likely to die,” Barbara Ferrer, LA County’s public health director told the Times.

Chambers said healthcare workers at her facility have gotten ill with COVID-19 themselves meaning there’s less staff to take care of patients.

“I think we’re being referred to as the frontline, but really we’re the last line. We rely on public health and safety measures. We rely on people to stay home. We are trying to be the last line and provide the last level of care and support but there’s only so much we can do,” Chambers said. “The hospital is only so big, only has so many workers.”

Chambers encouraged Americans to take precautionary measures to avoid hospitals all together. “It’s really imperative that everybody stays home, socially distances, and follows all of the public health measures,” she said.