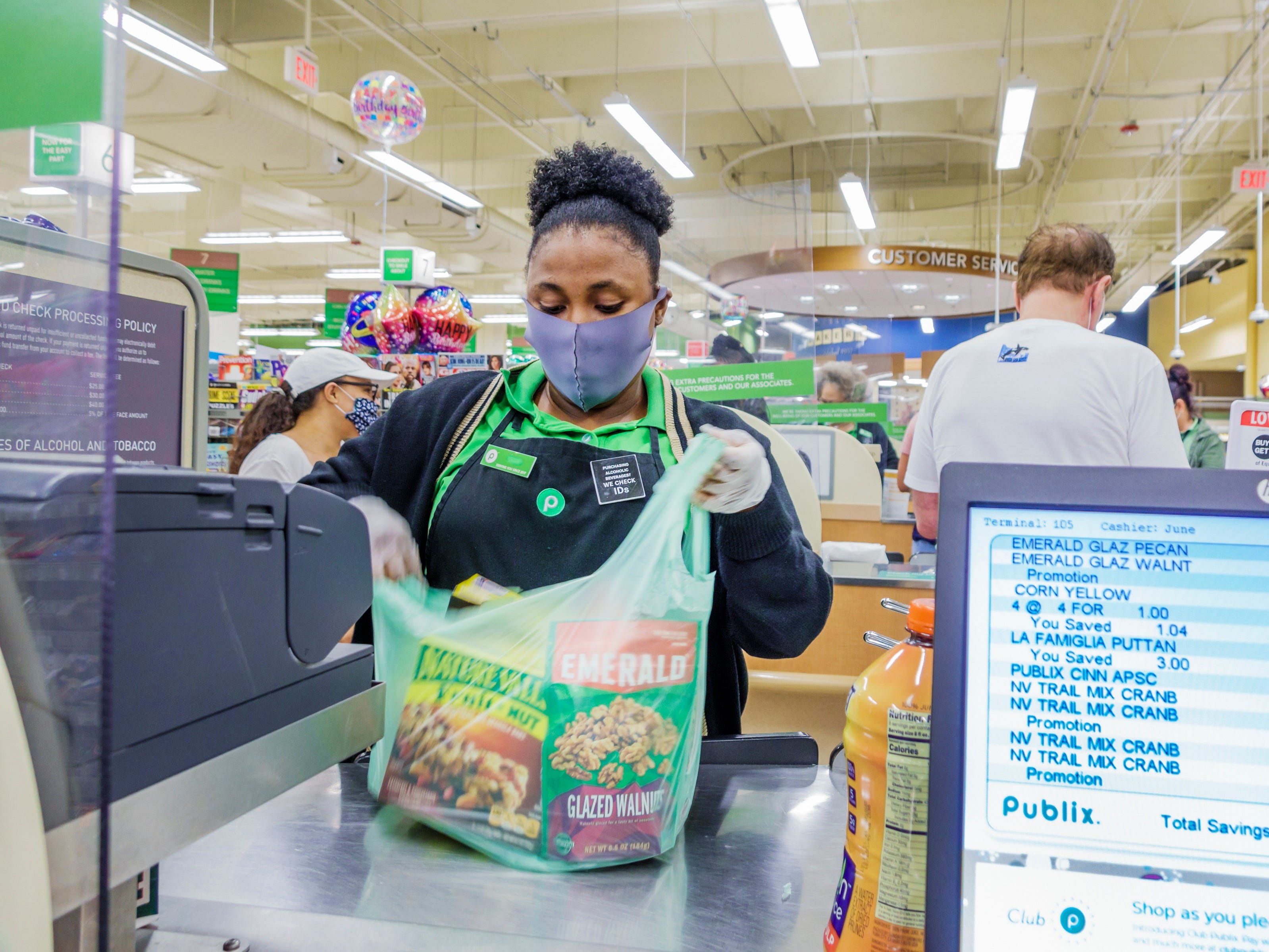 The pay increase was approved in a four to one vote, and will go into effect Friday for at least 120 days. Los Angeles County Supervisor Hilda Solis says the raise will likely impact about 2,000 workers.

Top retailers saw a 40% increase in profits during the pandemic in 2020 compared to 2019 – while their stock prices rose an average of 33% – according to a study from the Brookings Institute. But retail workers at these companies facing the most health risk risk did not necessarily see much of this increased profit.

“Grocery and drug retail workers are among the heroes of this pandemic, putting their lives on the line – often for low wages and minimal benefits- in order to sustain our food system and maintain healthy communities,” the county’s proposal says.

Hazard pay for frontline workers has mostly been handled locally, and cities across the US including Seattle, San Francisco, Oakland, and other West Coast municipalities have mandated similar “hero pay.”

Companies that did a “good” job of compensating frontline workers, according to Brookings’ analysis, included Best Buy, Target, and Home Depot. They offered significant hazard pay raises, ranging from an additional $US2.22 ($3) to an additional $US3.07 ($4) per hour.

Hazard pay proposals typically only apply to grocery workers, whose employers benefitted financially from the pandemic. Other frontline workers who are at risk of infection, including nursing home staff, food service workers, janitors, and others are not eligible for hazard pay.