Look inside what was once America's most expensive home, a Los Angeles megamansion that sold for less than 40% of its asking price after 3 years 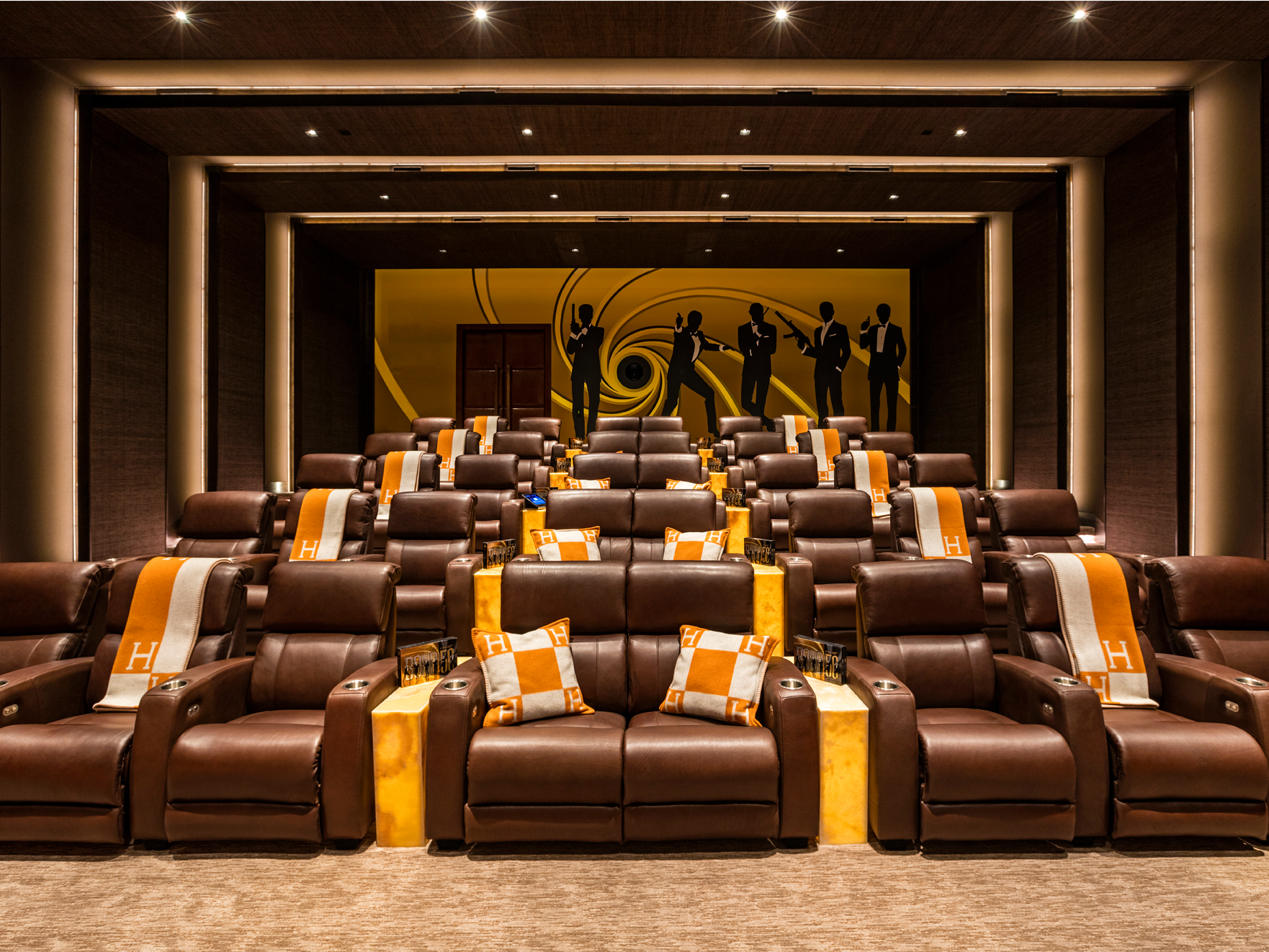 A Los Angeles megamansion that was once the most expensive listing in the US finally sold in October 2019 after three years on the market – at a whopping 62% discount.

Originally listed for $US250 million in 2017, the expansive property sold to an unknown buyer for $US94 million, Katherine Clarke reported for The Wall Street Journal.

The Bel Air home was listed by Branden Williams and Rayni Williams of Hilton & Hyland and Shawn Elliott of Nest Seekers.

A four-level Los Angeles mega-mansion once listed for $US250 million finally sold in October 2019 for $US94 million. It had spent three years on the market. 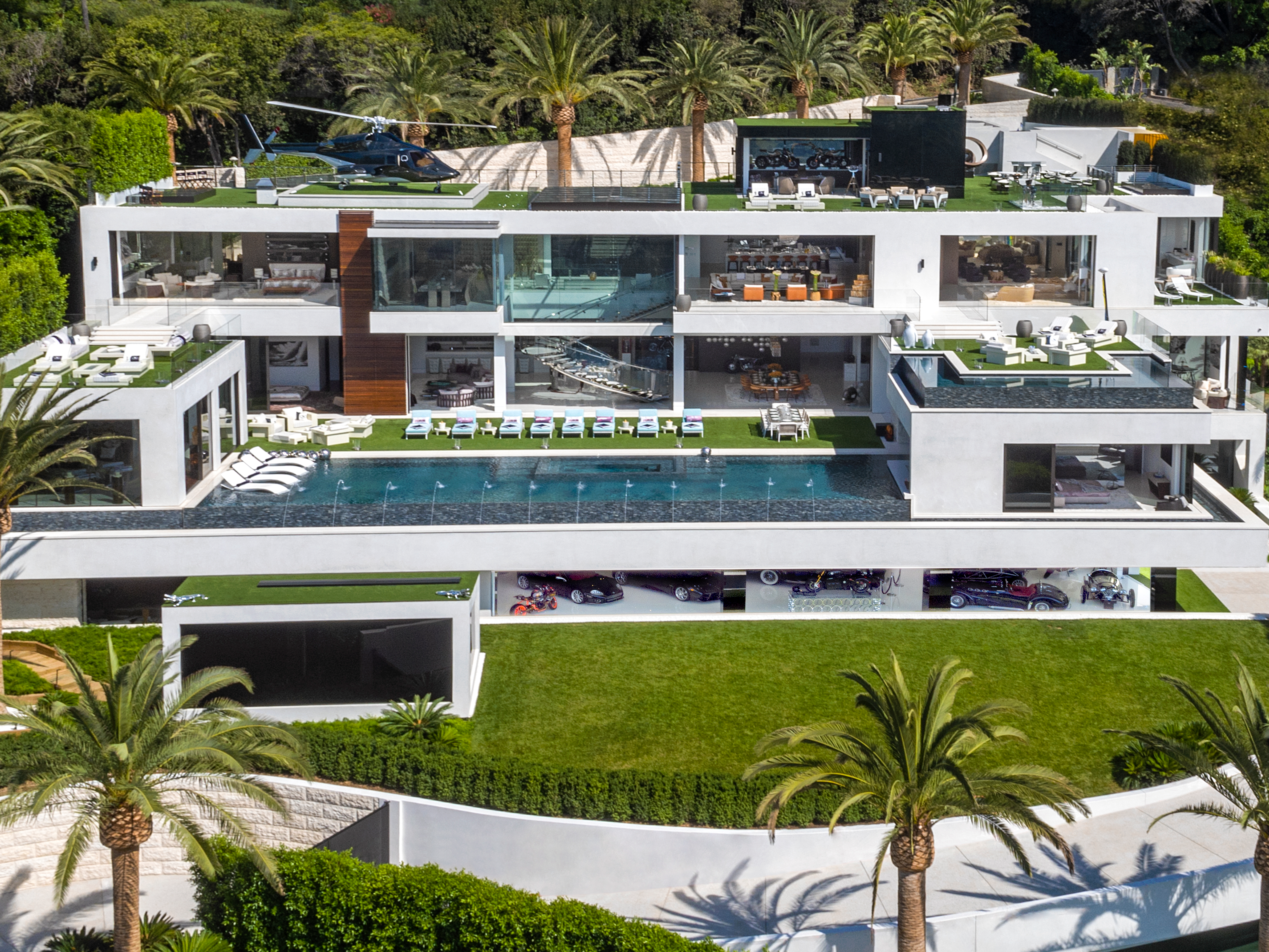 The Bel Air mansion, nicknamed “Billionaire,” sold at a 62% discount from its original asking price.

When the home was first listed for $US250 million back in January 2017, it was the most expensive home for sale in the US. It’s nestled in the hills of Bel Air, a “lush private oasis” that’s “home to the most affluent people in the world” according to developer Bruce Makowsky. Berlyn PhotographyFrom the master deck, the home has unbeatable views of Los Angeles.

The mansion has 17,000 square feet of outdoor entertainment space, including an 85-foot infinity pool. 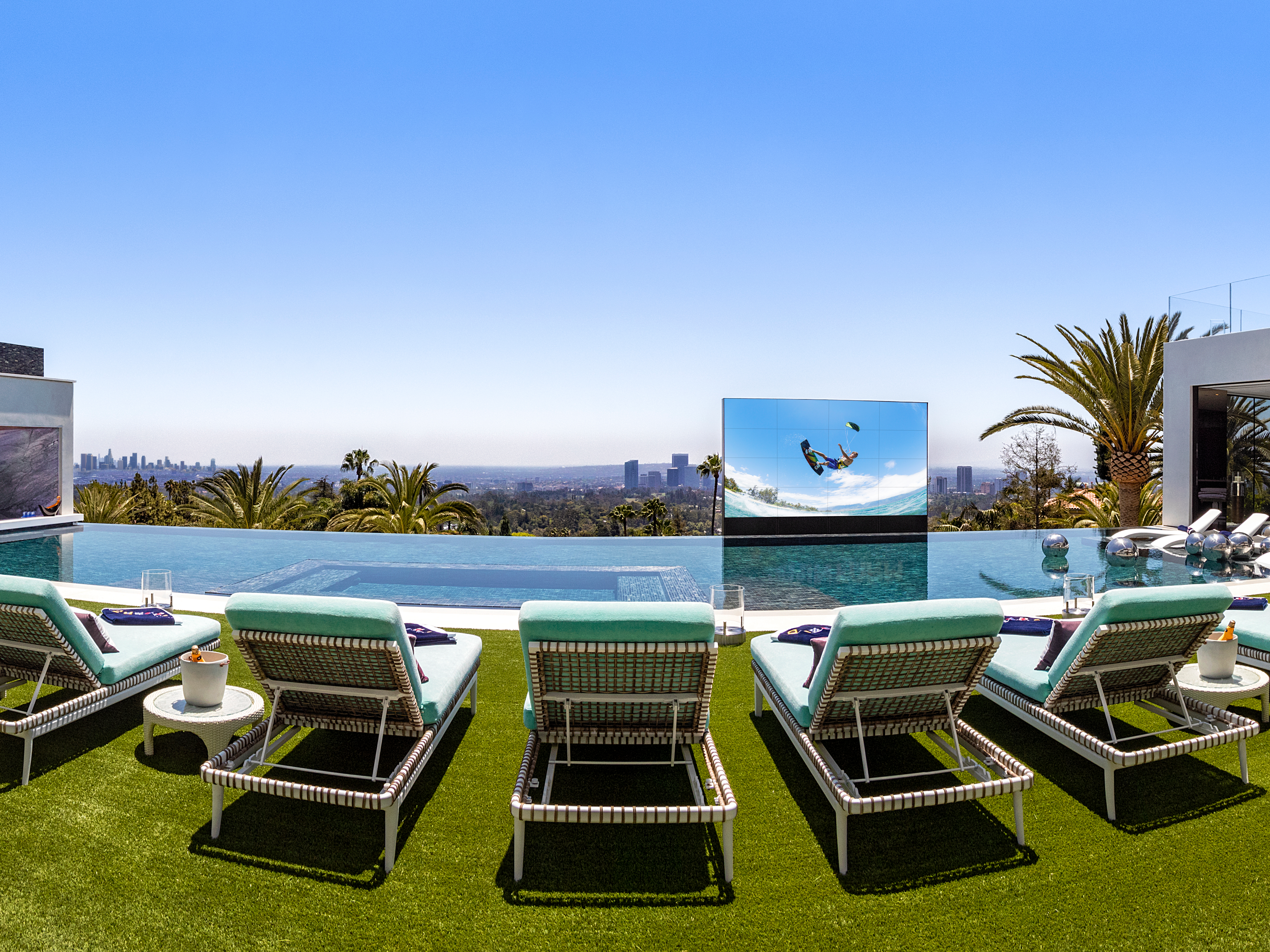 “The goal with ‘Billionaire’ was simple; every inch of the property in the home had to be innovative, flawless, and meticulously curated,” developer Bruce Makowsky wrote on the property’s website. “The budget was there is no budget.” The interior is decorated in an eclectic yet glamorous style. Glass walls throughout the home provide unobstructed views of mountains, ocean, and the Los Angeles skyline. In addition to its two master suites, 10 VIP guest suites, and 21 bathrooms, the house includes a four-lane bowling alley and lounge … 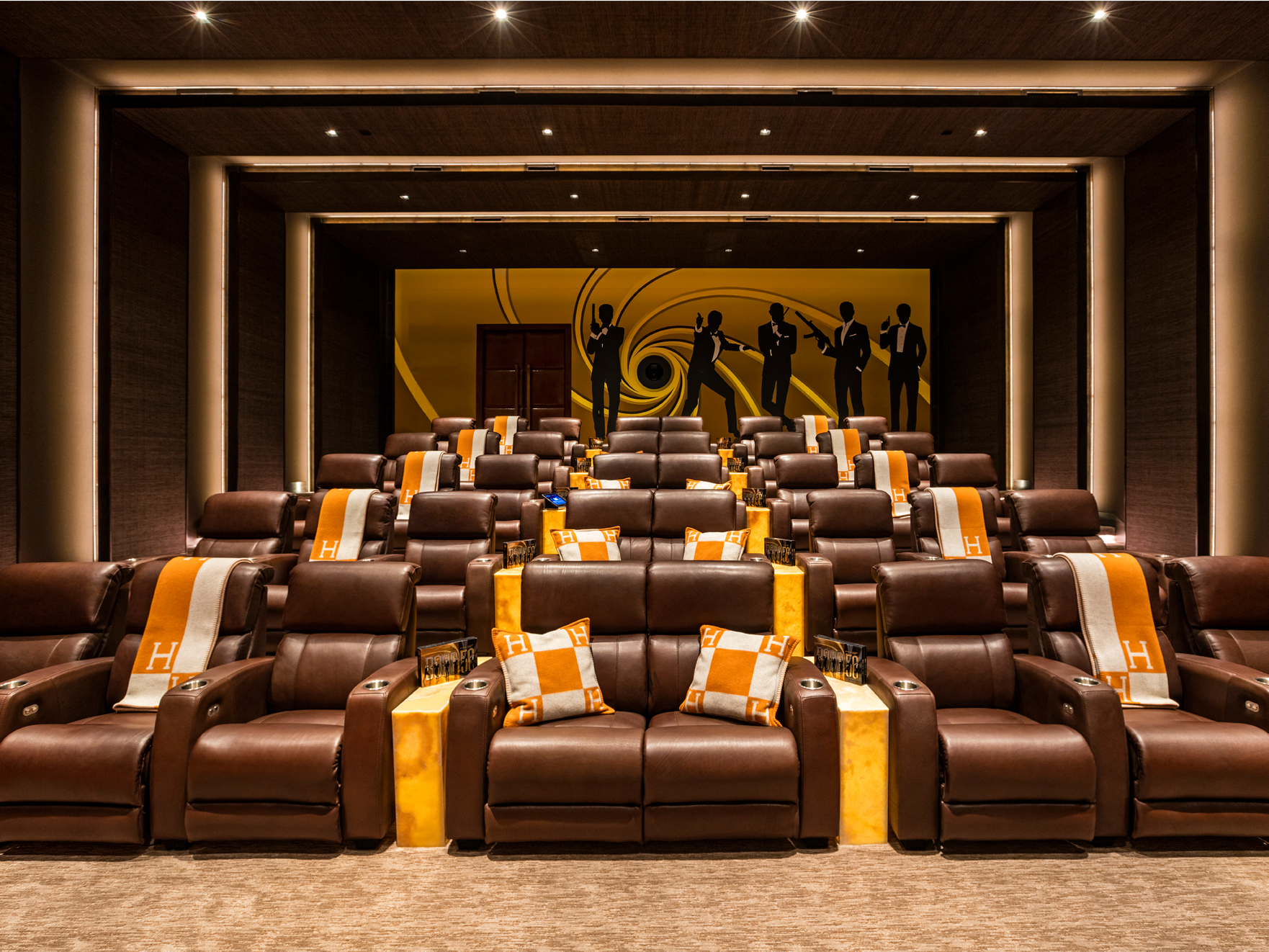 Downstairs is a car gallery with vehicles worth a combined $US30 million. 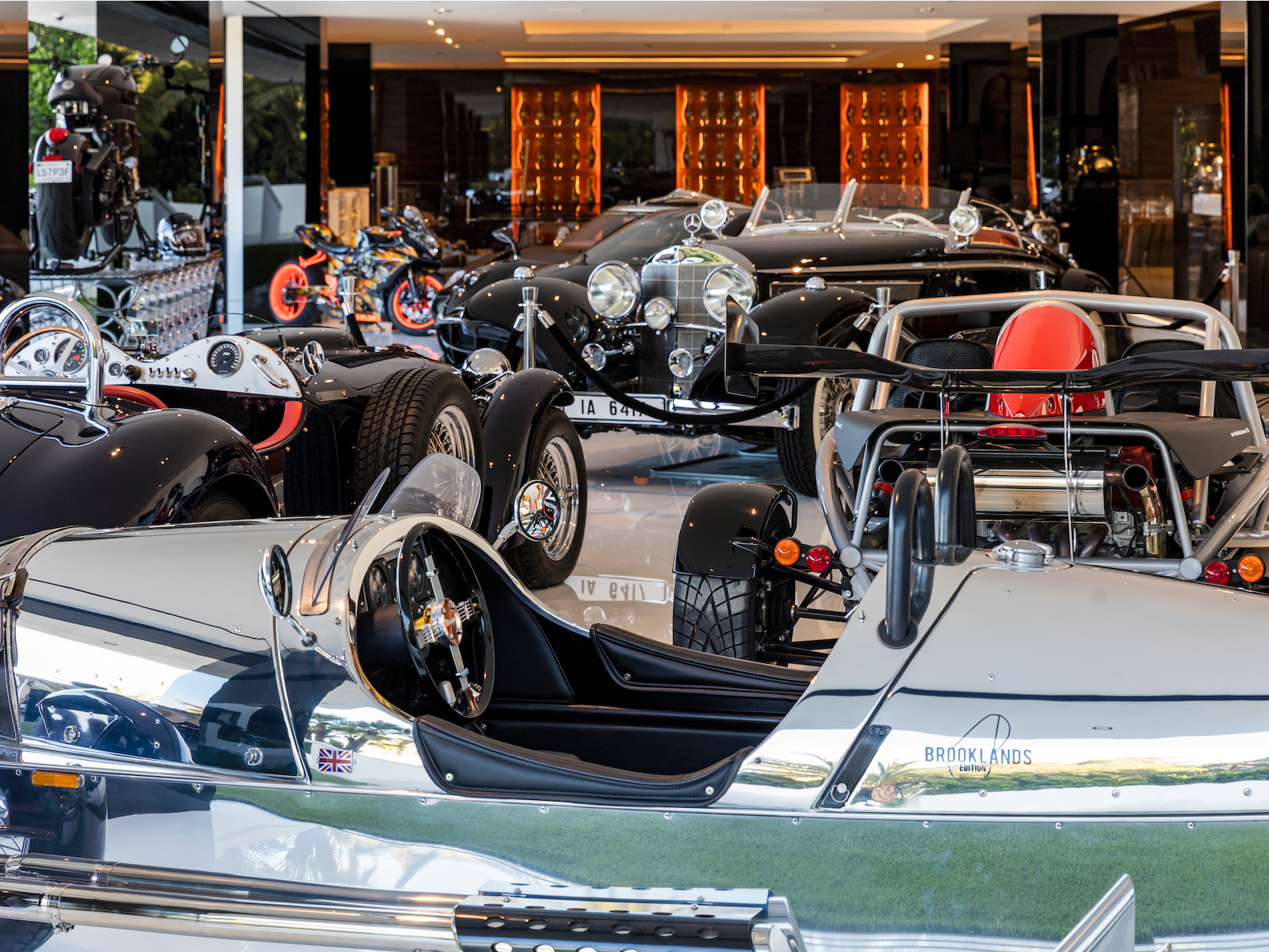 Those with a sweet tooth will love the massive wall of assorted candy. The home comes fully furnished and stocked with art. A penthouse office on the upper level has a view of the helipad (not functional) and the purely decorative helicopter.

There are two fully stocked Champagne and wine cellars … 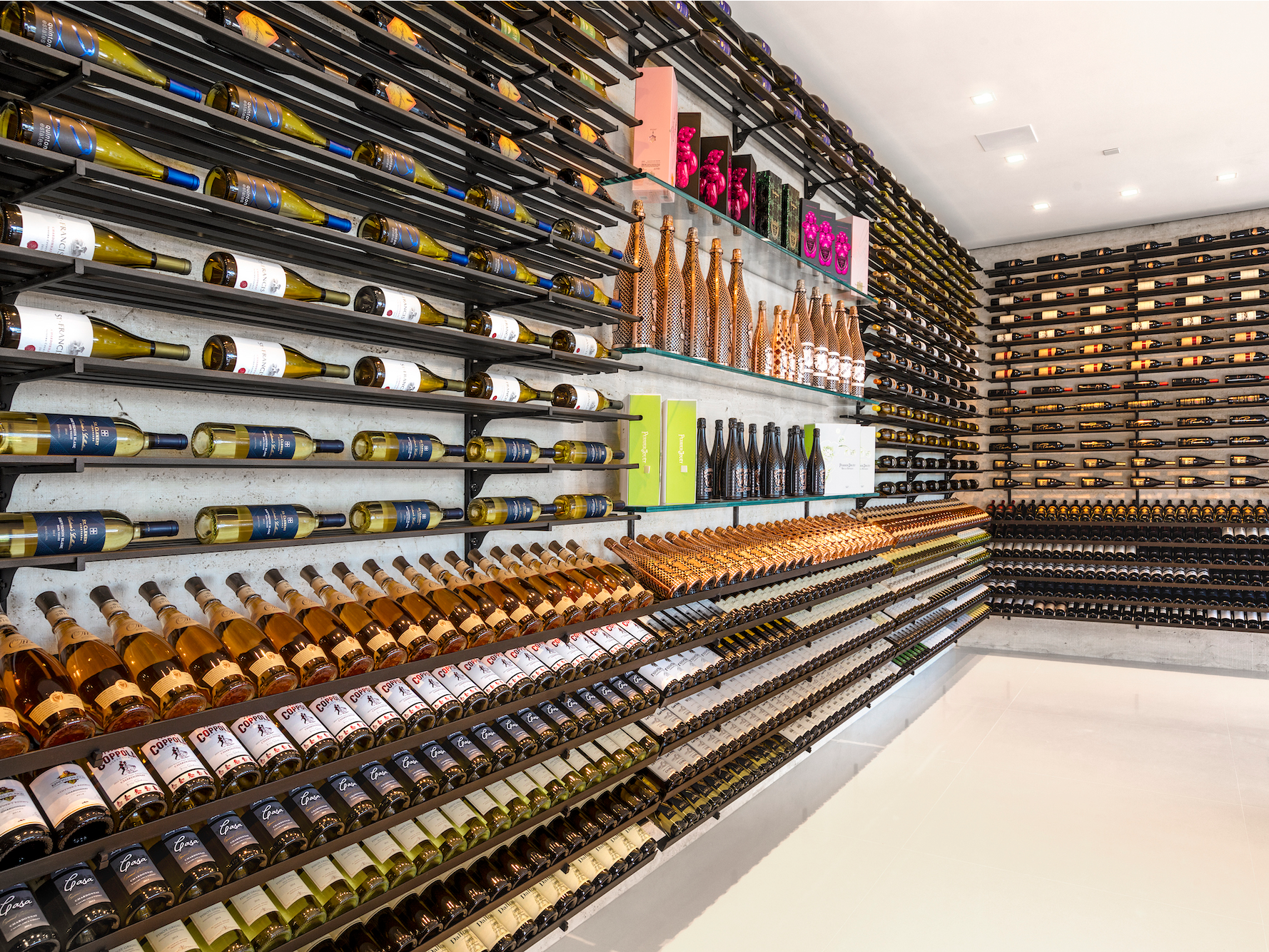 … and more than 100 curated art installations. Five bars and several lounge areas are scattered throughout the property. 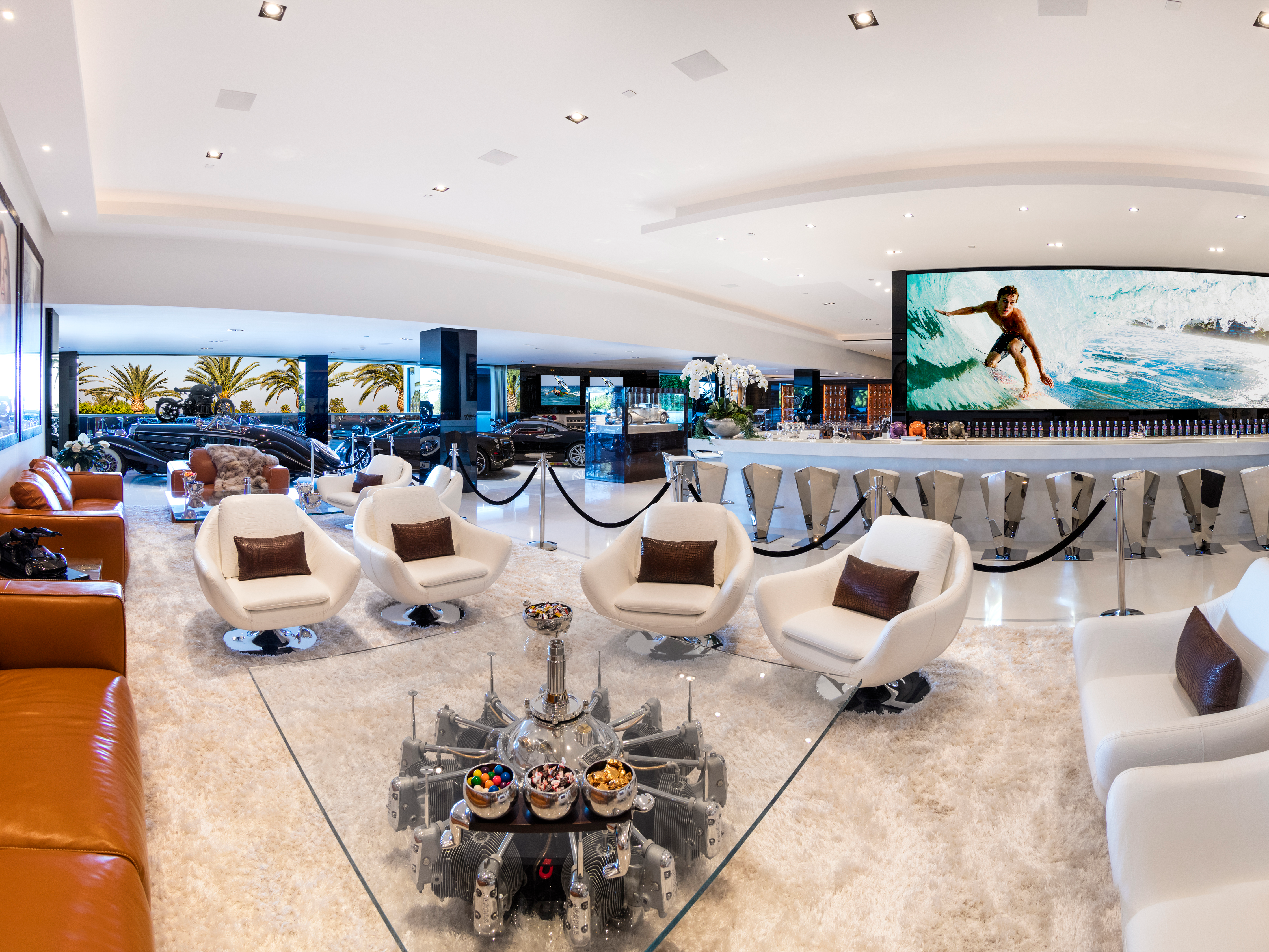 The house comes with a full-time staff of seven people. Beyond entertainment spaces, the home has a state-of-the art fitness centre … 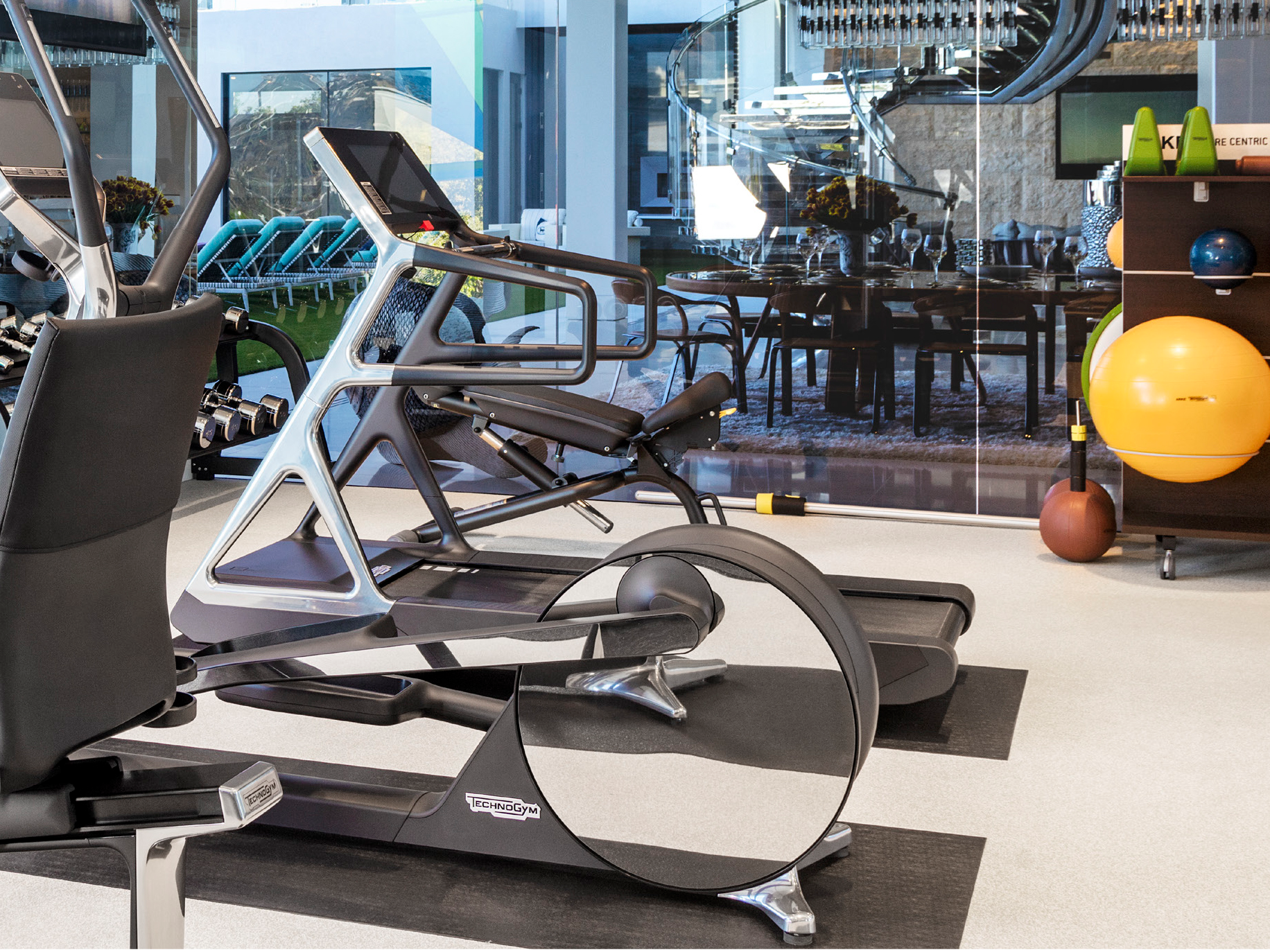 … as well as a massage studio and wellness spa. 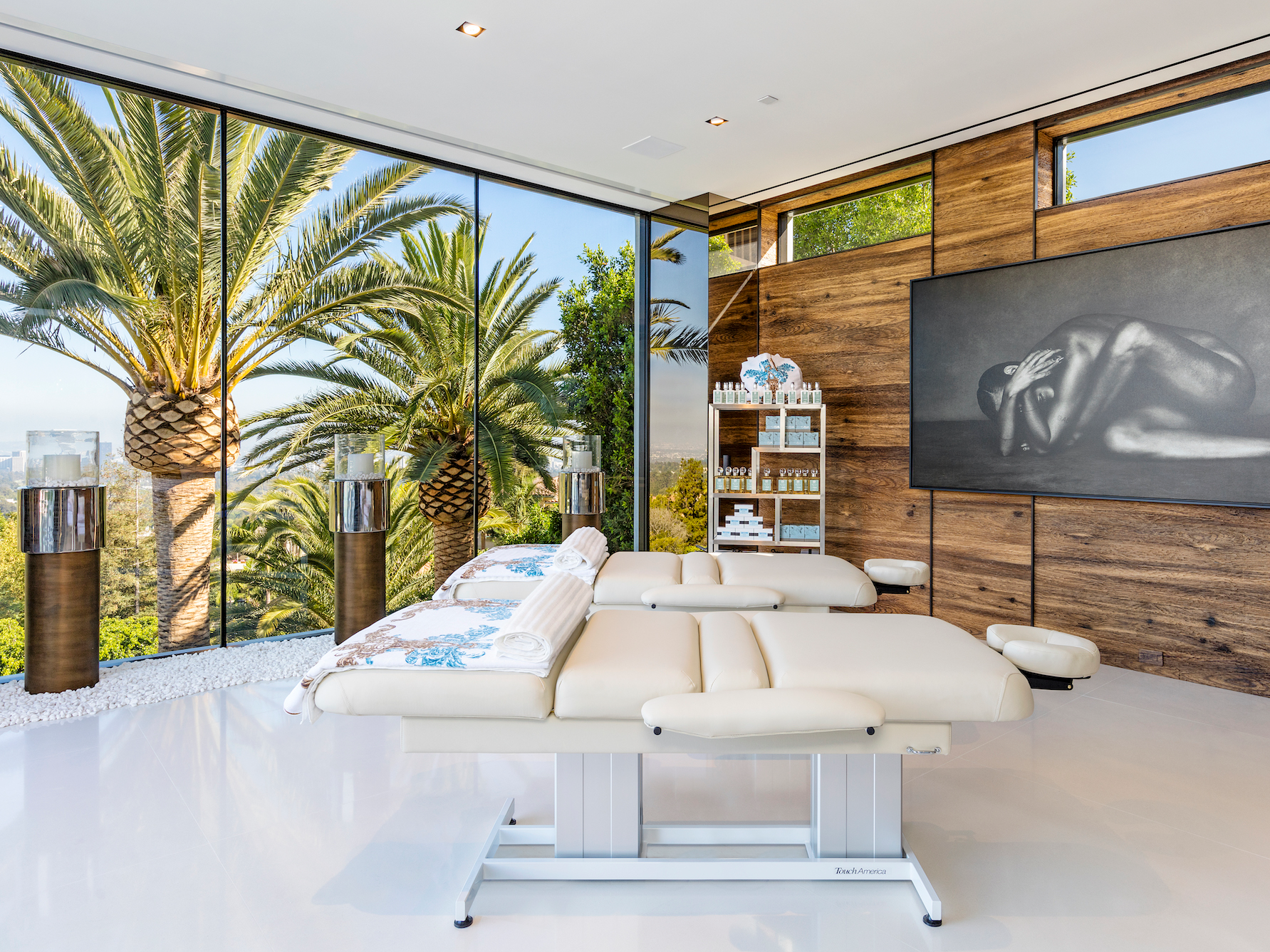 Despite its exorbitant sale price of $US94 million, the house was far from the most expensive home to sell in Los Angeles County in 2019. 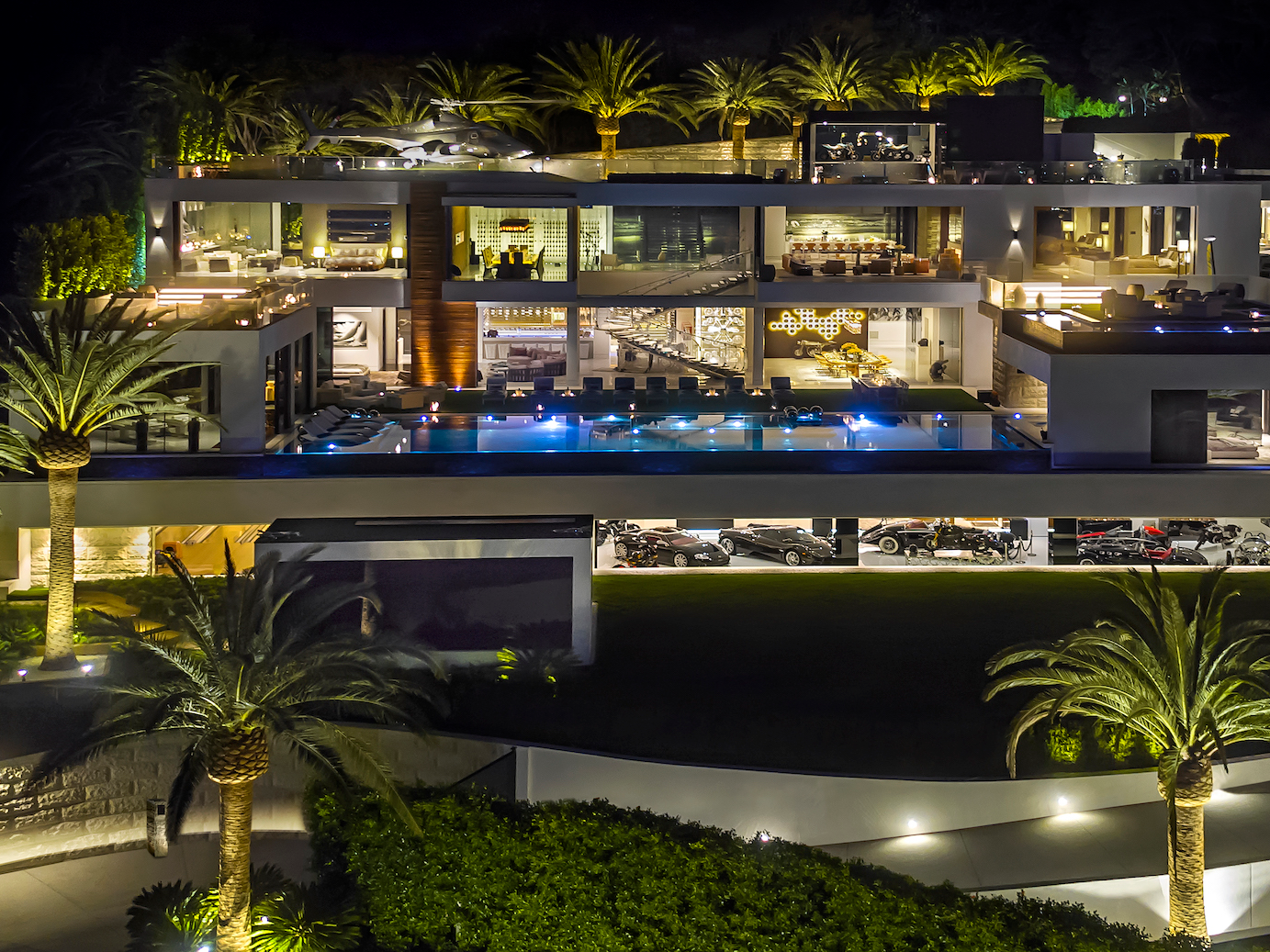 In August 2019, a Malibu mansion sold for $US100 million, and a historic Holmby Hills manor went for $US119 million in July. Then in December, the state’s real-estate record was shattered when media mogul Rupert Murdoch’s son, Lachlan Murdoch, bought the 10-acre Chartwell Estate for about $US150 million.

California’s record was broken again in February 2020, when the world’s richest man, Jeff Bezos, dropped a reported $US165 million on a mansion in Beverly Hills after reportedly scoping out the same estate that Murdoch ended up buying.

The most expensive home for sale in the US is now a 40,000-square-foot, Georgian-style mansion owned by financier Gary Winnick. Known as Casa Encantada, the Bel Air estate is on the market for $US225 million. 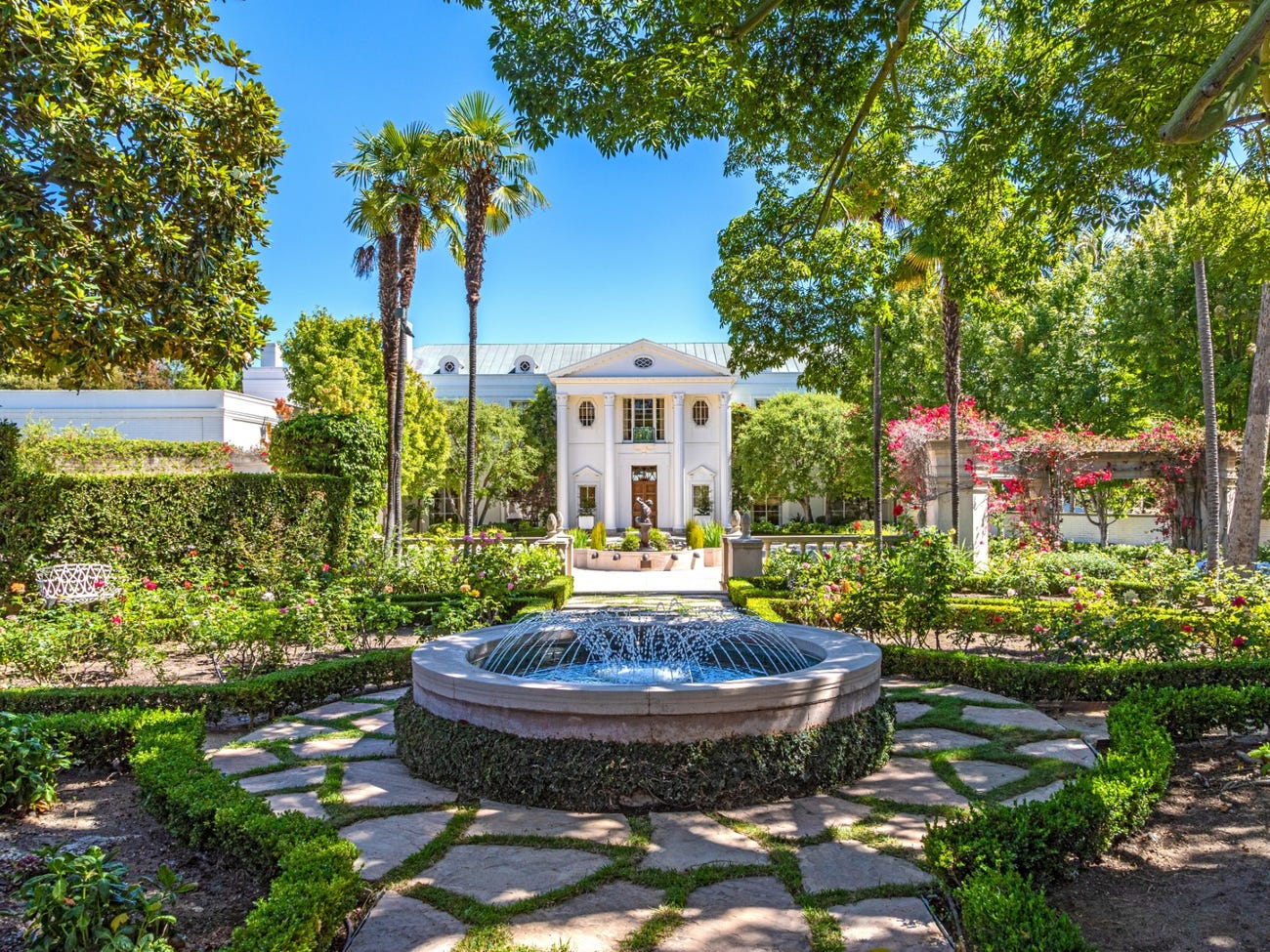