How to look and feel healthier in one month, according to science 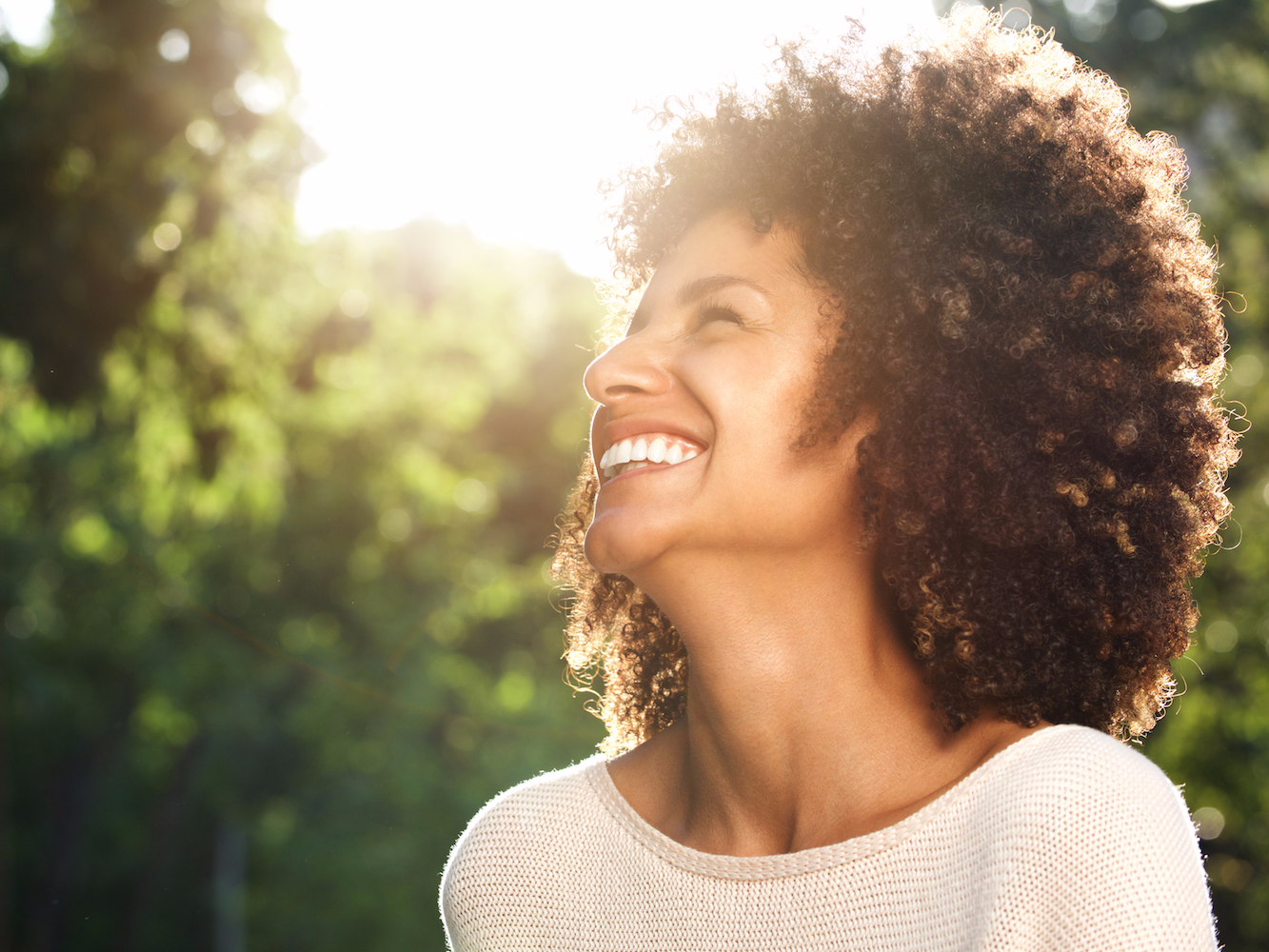 Detox in a day! Feel healthier in just hours! Lose 5 pounds in a week!

There are plenty of health promises out there that might sound great, but most of them simply don’t stack up.

However, as scientists learn more about how our bodies work, evidence has mounted in support of some simple things that you can do every day to look and feel healthier in a relatively short amount of time.

We’re not promising anything extreme here – your body is a complicated, wonderful machine and it’s not going to magically transform like some kind of Hollywood superhero.

But here are 12 things you can start doing today that your body will thank you for in just four weeks or less. Each of these simple acts starts paying measurable dividends within a month, and things get even better after that, with long-term results that scientists have measured in and out of the lab.

Get ready to look and feel great.

The simplest, most effective thing you can do for your health is get moving. Even one minute of intense, all-out exercise done regularly can improve your fitness level. 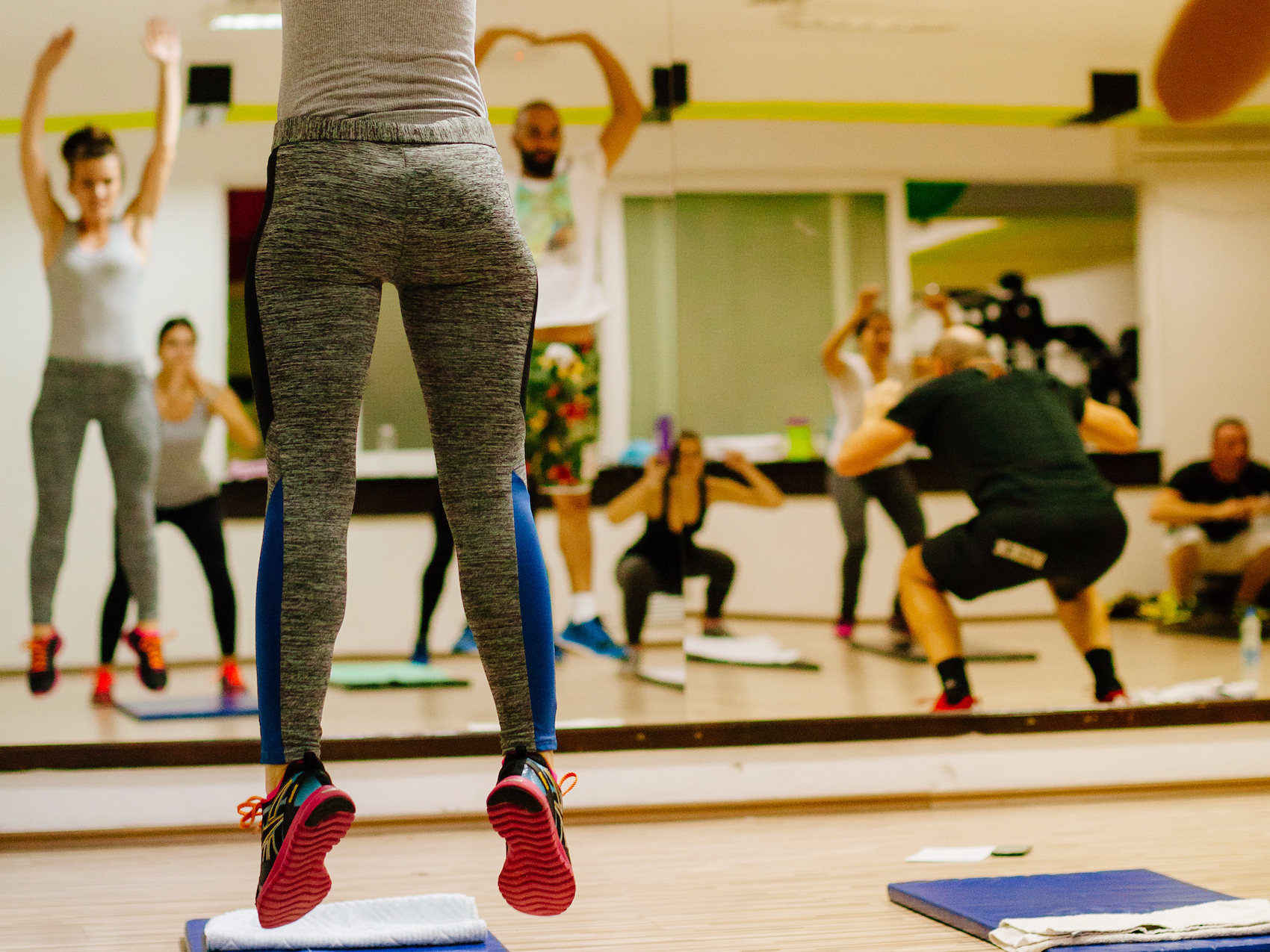 Becoming physically active changes your body quickly and can even decrease your risk of death.

Scientists have found that it doesn’t really matter which kind of workout you do – just moving around regularly will make your heart, muscles, and mind healthier.

Even a few minutes of exertion every week can make a difference. Recent research from McMaster University found that a set of three 20-second bursts of all-out vigorous exercise can improve a person’s fitness by 20% in three months. (After a month, you’ll be well on your way.)

“For athletes who are already very fit, they train this way to maintain fitness,” Gibala told the CBC. “It’s a good way to boost your health very, very quickly.”

When it comes to your plate, consider cutting back on salty, processed foods. 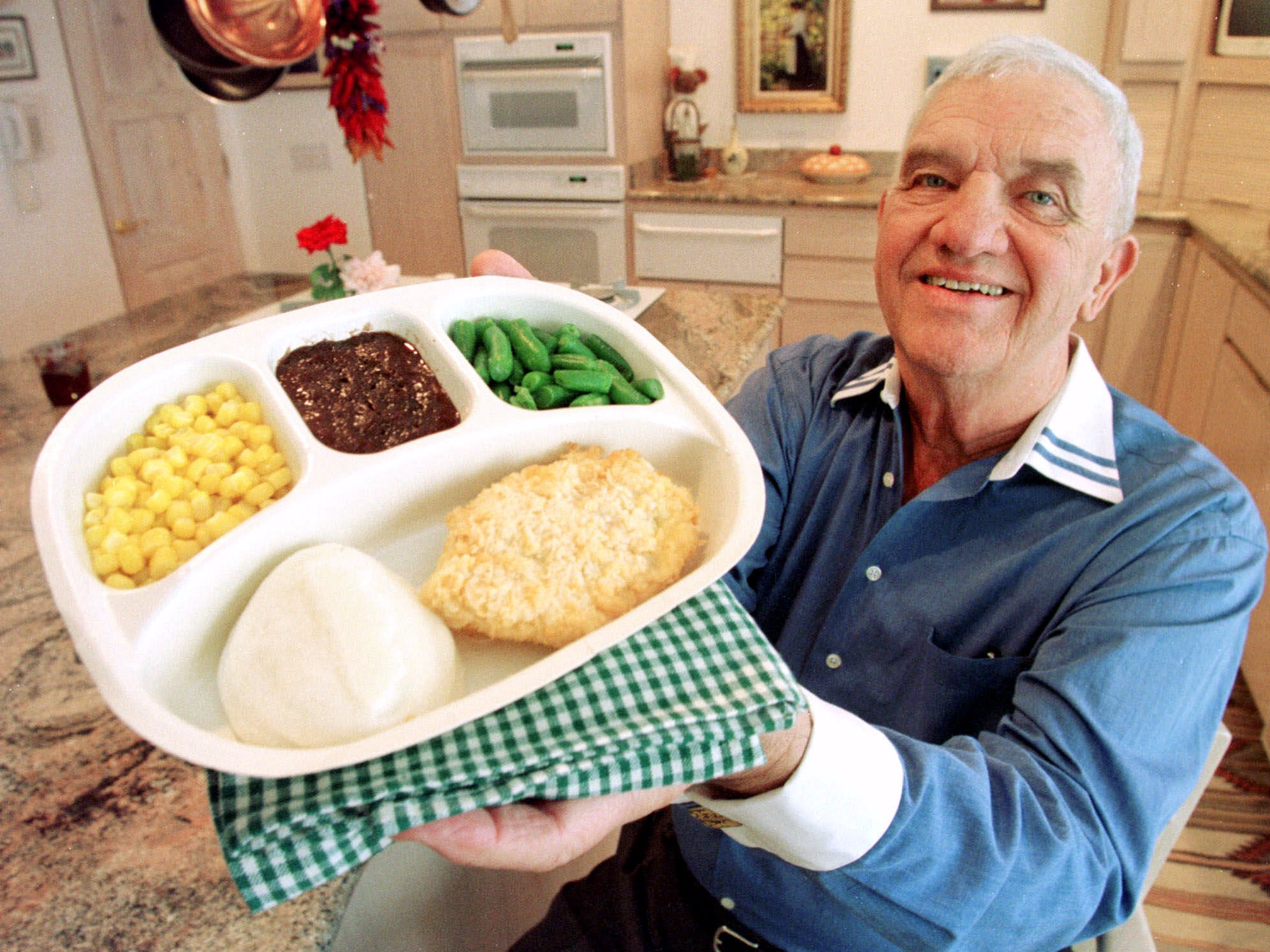 Most Americans are consuming 50% more than their daily recommended salt intake, according to the Centres for Disease Control and Prevention. Over time, this can take a toll. When there’s too much salt in your blood, your kidneys have a hard time flushing out impurities, which can raise your blood pressure.

Instead of salty snacks, try incorporating more whole foods like bananas and avocados into your diet this month, since those are loaded with potassium, a natural antidote to sodium’s harmful effects on your blood pressure.

There are plenty of other flavour-boosters to include in your meals instead of salt, like lemon juice and herbs. Whatever strategy you choose, avoid processed foods, which not only have lots of hidden salt, but may also be linked to higher cancer rates. 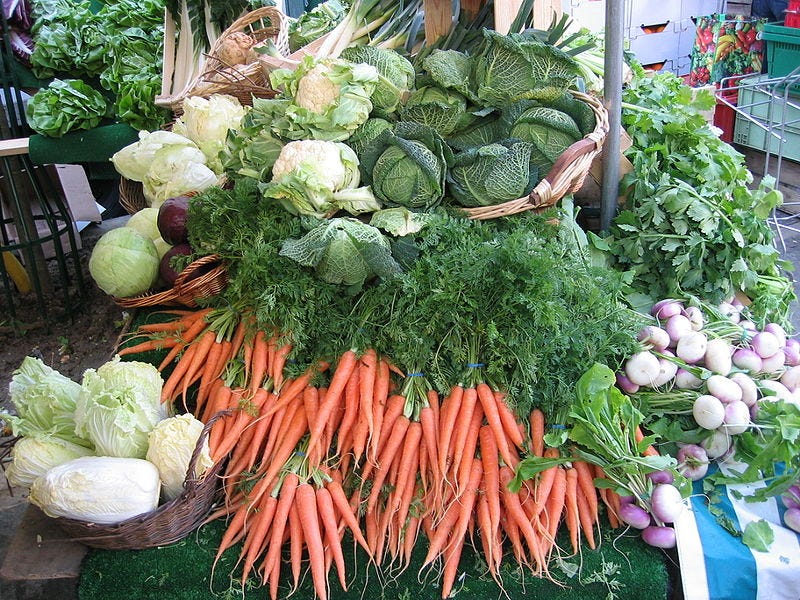 There’s a lot of fibre in whole grains, fruits, nuts, and vegetables. Many of the best high-fibre foods also have a low glycemic index, which could spare you from suffering sugar crashes.

Adopt a sleep schedule that gets you seven to eight hours of shut-eye per night. 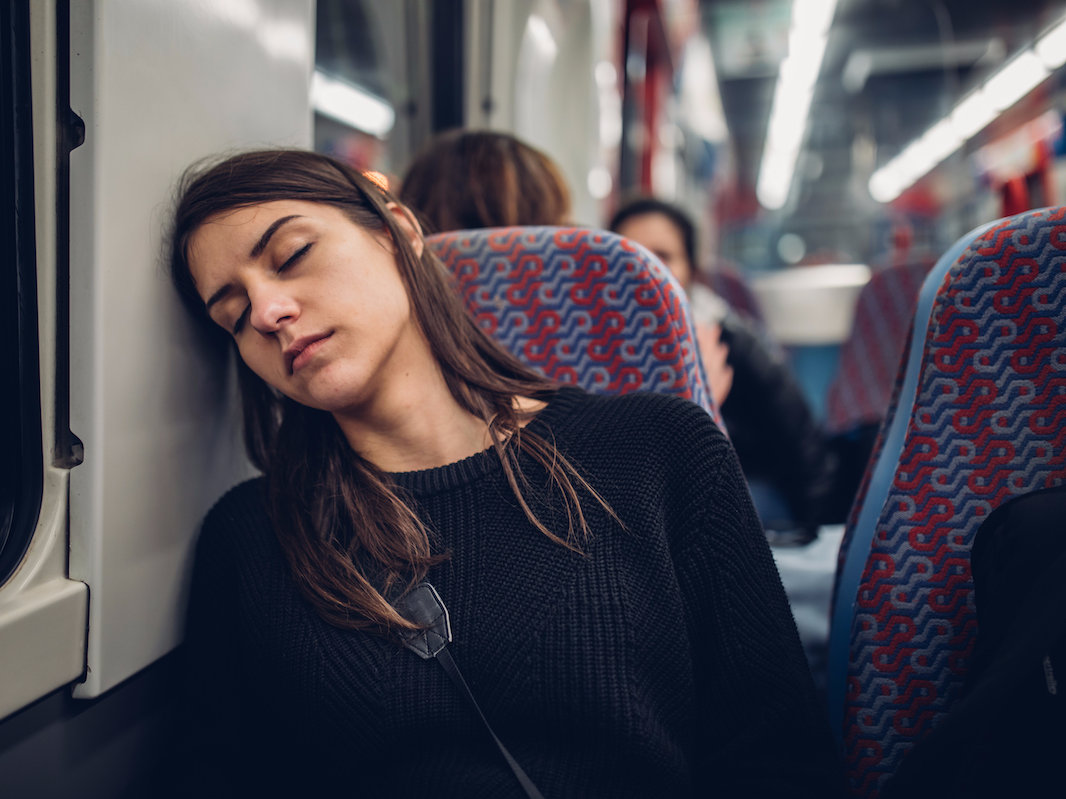 A lack of sleep can make people more accident-prone, up your odds of getting sick, and put extra stress on your heart. Increasingly, bad sleep is also being linked with cancer. The World Health Organisation warns that messing with your sleep schedule by working the night shift is probably carcinogenic. Sleepiness is being blamed for cases of colon,breast, and prostate cancer as well.

Just a week without enough sleep – defined as four hours a night for six nights in a row – can cause blood-sugar levels to spike enough that doctors could diagnose you with pre-diabetes.

Stay hydrated with plenty of water (and maybe even some coffee if that’s your thing). 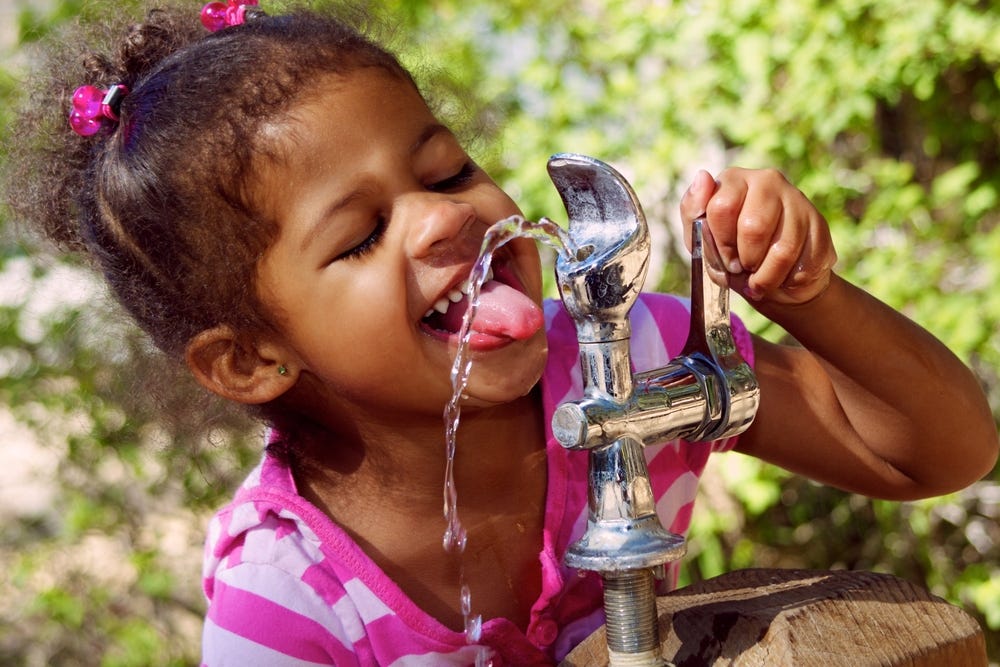 Given that an adult’s body weight is up to 60% water, it’s no surprise that staying hydrated is associated with a host of health benefits. Getting enough fluid ensures your body can efficiently flush out impurities, stay energised, sweat, and more easily pump blood around.

A 2016 study of more than 18,000 people in the US found that those who drank more water were consistently more satisfied and ate fewer calories on a daily basis. Those people also consumed lower amounts of sugar, fat, salt, and cholesterol than more dehydrated participants.

Another relatively small study in 2015 found that people who stayed well-hydrated by drinking water 30 minutes before eating their meals could lose upwards of 5 pounds in three months.

Drinking coffee can also improve your heart health and reduce your risk of developing Type 2 diabetes and certain kinds of cancer – if you drink it in moderation. The idea that a couple cups of coffee might dehydrate you has been debunked.

To improve your complexion, make sure you’re moisturizing, protecting, and exfoliating your skin the right way. 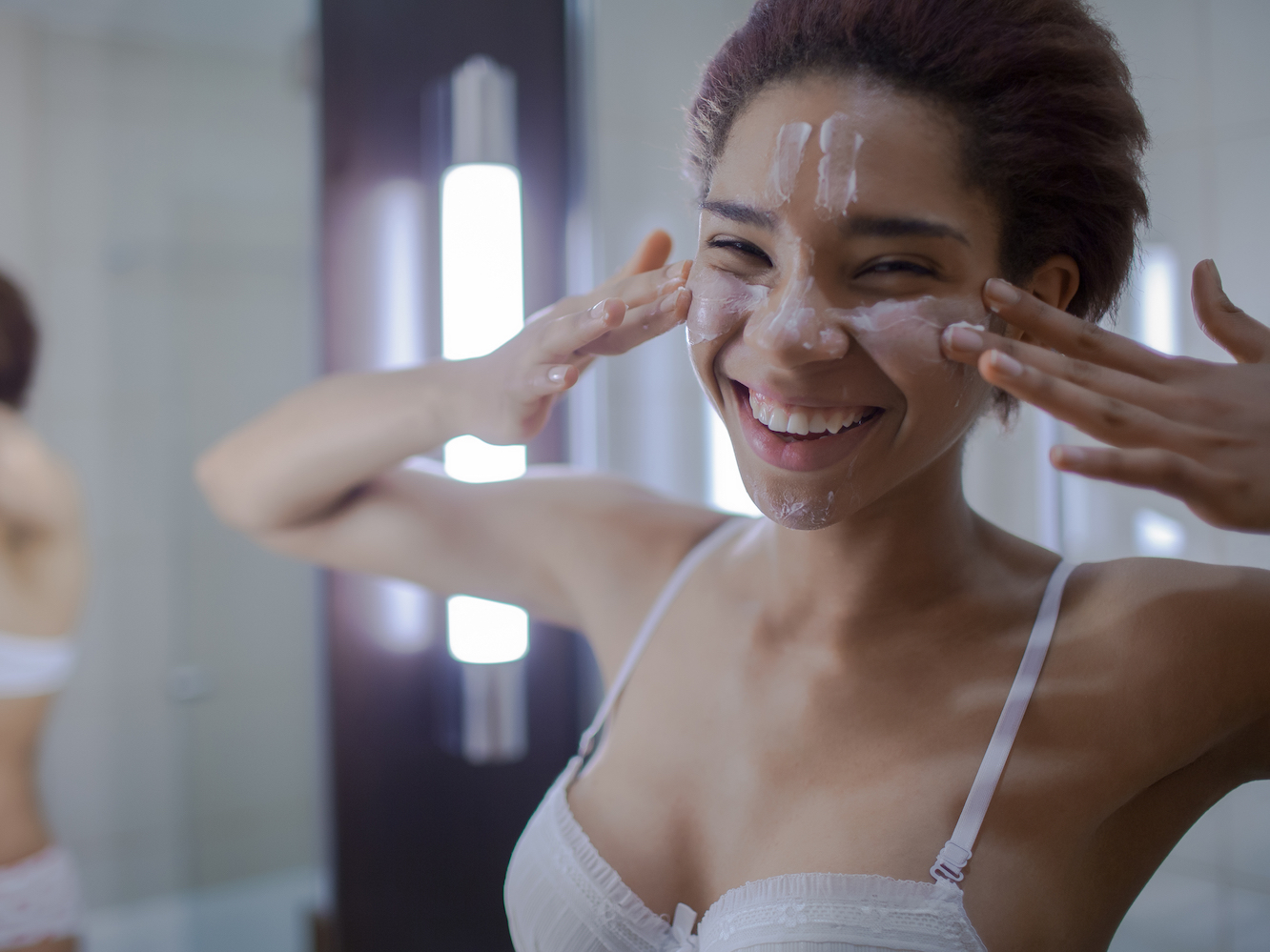 The best way to care for your skin in the summer is to protect it from the sun’s harsh rays. Many dermatologists suggest starting your day with a moisturizer that includes sunscreen, which will both keep skin looking young and help prevent skin cancer.

But there are a few other strategies to improve your complexion in a hurry, according to dermatologist Kathleen Suozzi from the Yale School of Medicine.

She recommends trying an alpha hydroxy peel pad, which is a kind of weekly, at-home version of a chemical peel. Then slather on a daily moisturizer that contains hyaluronic acid. Finally, consider including an antioxidant serum in your routine, either before moisturizing for the day or on a clean face before you go to sleep.

Of course, these are all just suggestions.

“There’s not going to be one magic thing that’s perfect for every person,” Suozzi said.

It can take a month or more for fresh skin cells to turn over on the surface of your body, so you won’t be able to see complete results for at least a few weeks after starting any new skin routine.

Health isn’t just about your physical body — your mood is important, too. Research shows that two 50-minute sessions of aerobic exercise per week is enough to boost your mood “significantly.” If you’re looking to take the edge off, exercise can trigger an immediate endorphin-fuelled high and also improve your mood longer-term.

In a small study of 39 women, participants took part in 50-minute aerobics training sessions twice per week for three months. Researchers found that their moods improved “significantly” by the end: the women were more optimistic, less anxious, and had a greater sense of self-efficacy.

Conversely, researchers tracked more than 7,000 people over two decades in the Wisconsin Longitudinal Study, and found that older adults tended to get crabbier if they became less physically active as they aged. In other words, being a couch potato can make you less agreeable, less enthusiastic, and more negative. 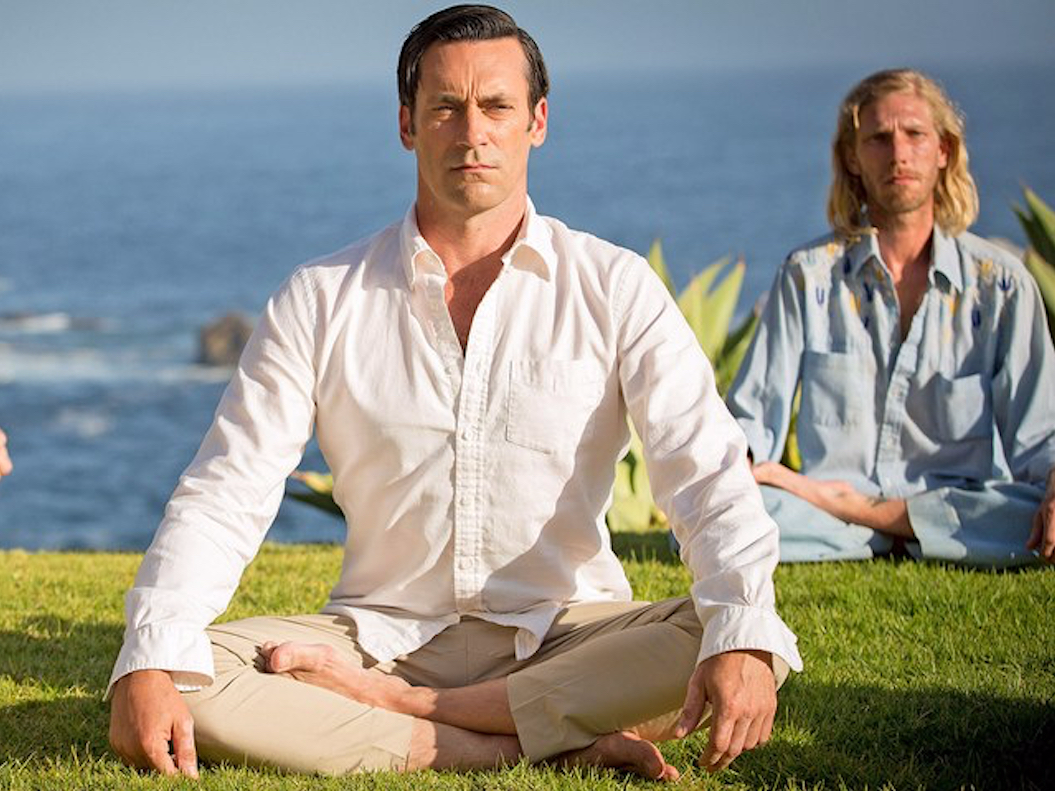 Scientific research on meditation is still evolving, but if you’re looking to reduce anxiety, keep your blood pressure in check, or lower your stress levels, you might want to give it a go.

The National Institutes of Health says “meditation may reduce blood pressure, symptoms of irritable bowel syndrome, anxiety and depression, and insomnia,” based on what we know so far.

More research is needed, but if you’re curious, journalist Dan Harris’ 10% Happier website offers some simple tips on how to get started with a meditation practice.

If it’s productivity you’re after, consider an afternoon nap. But don’t make your snooze sessions too long. 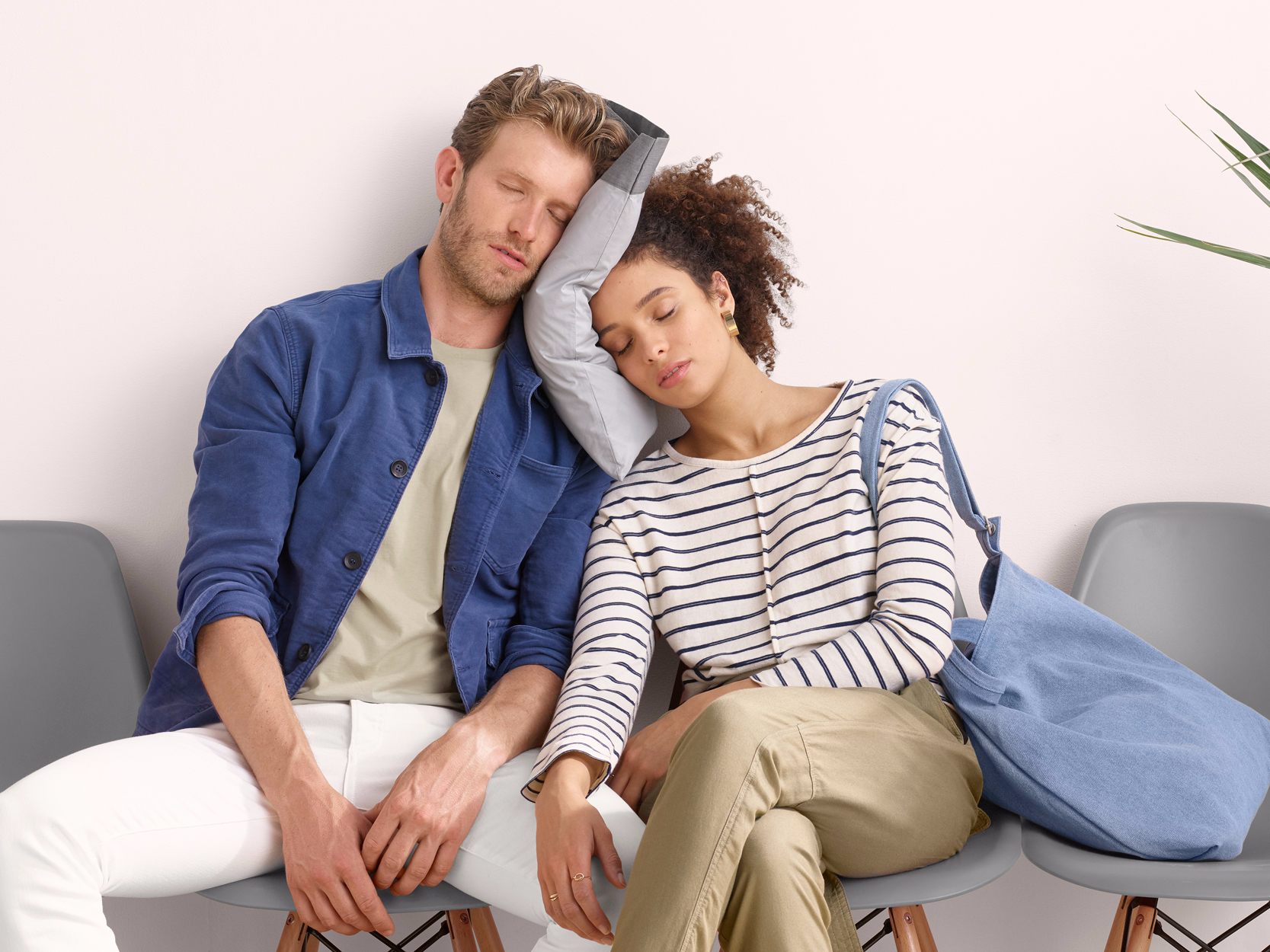 Feeling drowsy around 2 p.m. is normal and natural, since that’s one of two daily lows in our circadian rhythm. During that time, people tend to feel sleepier and colder. (You might not notice the other lull, because it happens around 3 a.m.).

If you’re looking to make the most of your afternoons, you can try gulping a cup of coffee then taking a 20-minute snooze. That’s short enough that you won’t wake up groggy, and the right amount of time for the caffeine to kick in and get you going.

Short naps have been shown effective at helping air traffic controllers working the night shift stay alert.One small study of 10 Japanese students found that 20-minute coffee naps quickened the students’ reaction times on computer tasks for an hour after they woke up.

Remember that it’s alright to not feel great all the time. Being emotionally honest and kind to yourself is great for your mental health.

A 2017 set of studies of more than 1,000 people found that those who were more accepting of their negative emotions and thoughts (and less judgmental about them) were less likely to suffer depressive or anxious symptoms months later.

The researchers said that accepting your emotional states can help keep you from “reacting to-and thus exacerbating” negative mental experiences.

Spend a little time each week visualising your best possible future self. 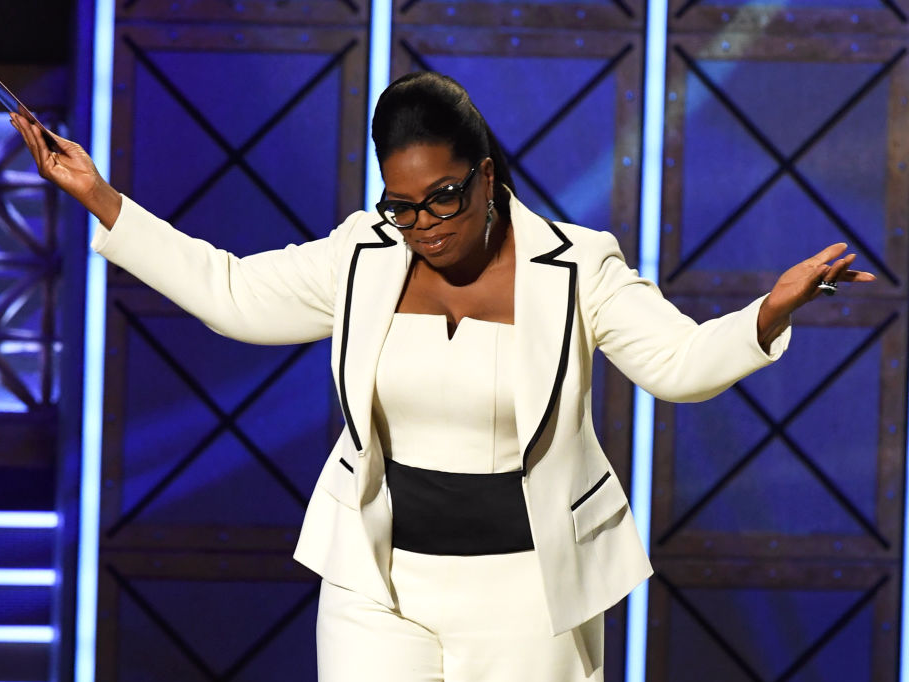 Imagining being and doing their best can help students perform better and feel better.

A 1998 study of nearly 300 high school students revealed that teens who “imagined themselves achieving as a result of hard work” did better academically and were more persistent.

Another study of more than 60 undergraduates found that a month spent regularly contemplating what your “best possible” future self might look like boosted students’ moods significantly and immediately.

Here’s how to try it, according to those researchers:

“Imagine yourself in the future, after everything has gone as well as it possibly could. You have worked hard and succeeded at accomplishing all of your life goals. Think of this as the realisation of your life dreams, and of your own best potentials… you are identifying the best possible way that things might turn out in your life, in order to help guide your decisions now. You may not have thought about yourself in this way before, but research suggests that doing so can have a strong positive effect on your mood and life satisfaction.”

If you’re looking for the best way to thrive long-term, relationships are the key to lasting wellness. 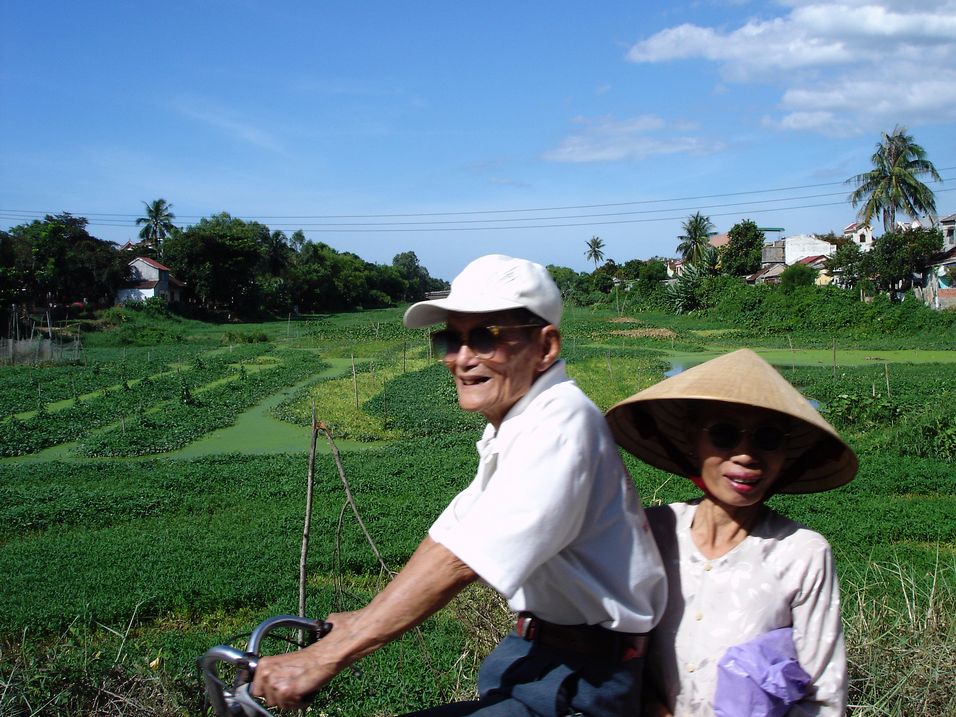 Nurturing your most intimate partnerships with others is crucial.

The best evidence for this to date comes from an 80-year study of more than 250 men who were sophomores at Harvard during the Great Depression. (The study later expanded to include their offspring, too.) The results suggested that close, nurturing relationships were more important to long-lasting happiness than wealth, intelligence, or even genetics.

“Good relationships don’t just protect our bodies; they protect our brains,” study director Robert Waldinger said in a TED talk. “And those good relationships, they don’t have to be smooth all the time. Some of our octogenarian couples could bicker with each other day in and day out, but as long as they felt that they could really count on the other when the going got tough, those arguments didn’t take a toll on their memories.”

Similarly, a German study published in May found that people who spent a year making a renewed effort to help others or spend more time with friends and family measurably increased their own rating of satisfaction with life.

Whatever new habits you try out this month, know that it takes time to create lasting change. 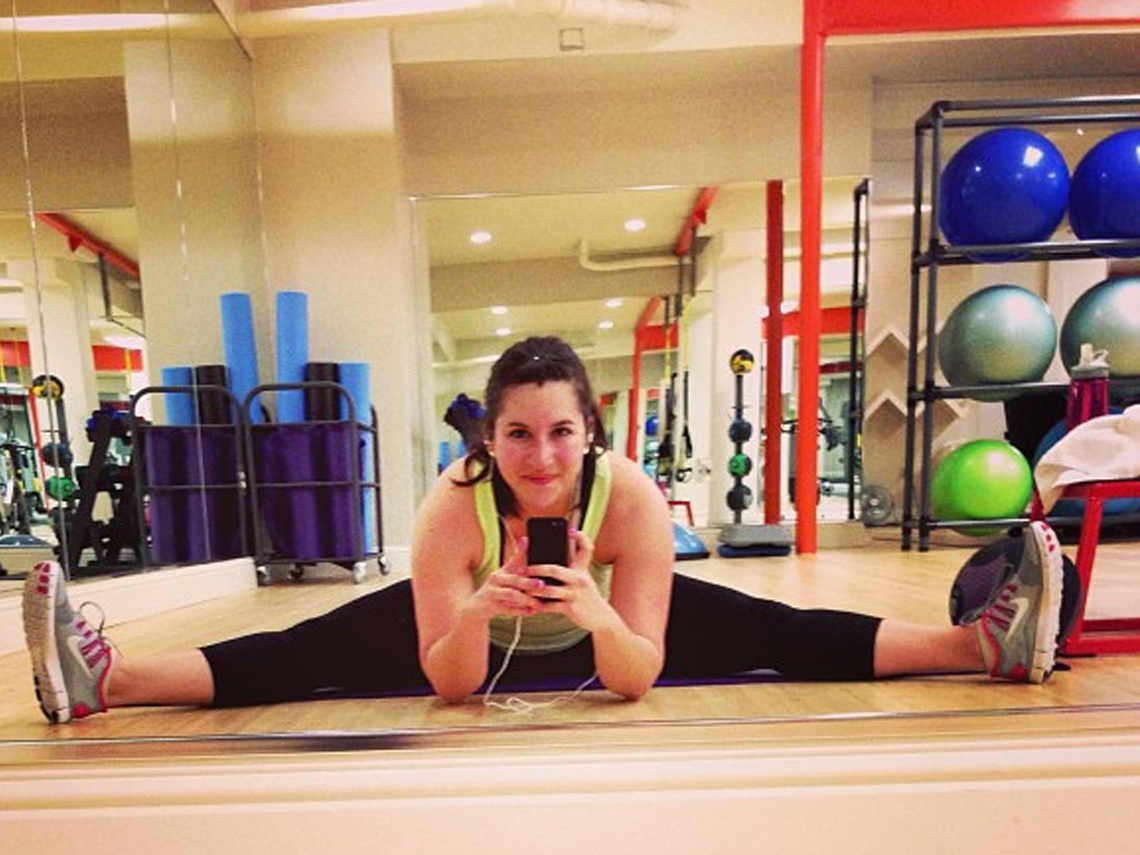 The idea that it takes three weeks to form a new habit is a myth – research suggests it can actually take anywhere from a couple weeks to more than 250 days.

As habit expert Wendy Wood said at the 2014 American Psychological Association conference, “it’s easier to maintain the behaviour if it’s repeated in a specific context.”

So pick a consistent time of day (like first thing in the morning) or a certain place (as in, the gym or a nearby park) to help you cement your new activities into routines.

Yale psychologist John Bargh previously told Business Insider that whatever you do, it’s important to stick to your self-imposed schedule.

“You don’t wanna make promises that you don’t keep to your body and your mind,” he said. “It’s a relationship like any other, and you have to establish trust.”