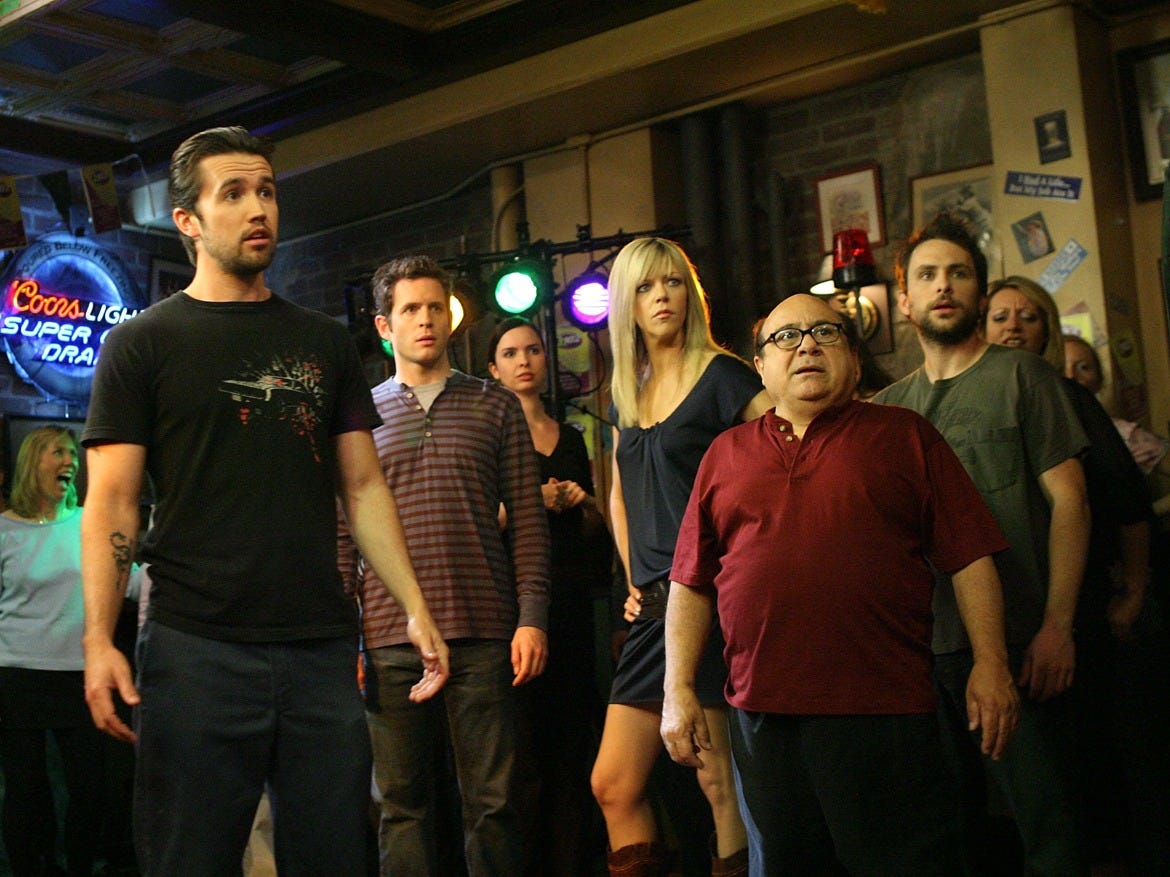 Michael Buckner/Getty‘It’s Always Sunny in Philadelphia’ was renewed for a 15th season.

What makes a TV comedy successful is hard to pinpoint – comedy is a fickle thing. A show needs great writing, a hilarious cast, and a special x-factor in order to make people laugh. Sustaining all this over multiple seasons can be difficult.

These shows all defied the odds and stayed on air for at least 10 years. From “The Simpsons,” renewed for its 31st and 32nd seasons, to “It’s Always Sunny” which has been renewed for its 15th season, we’ve ranked TV comedies by how long they stuck around. 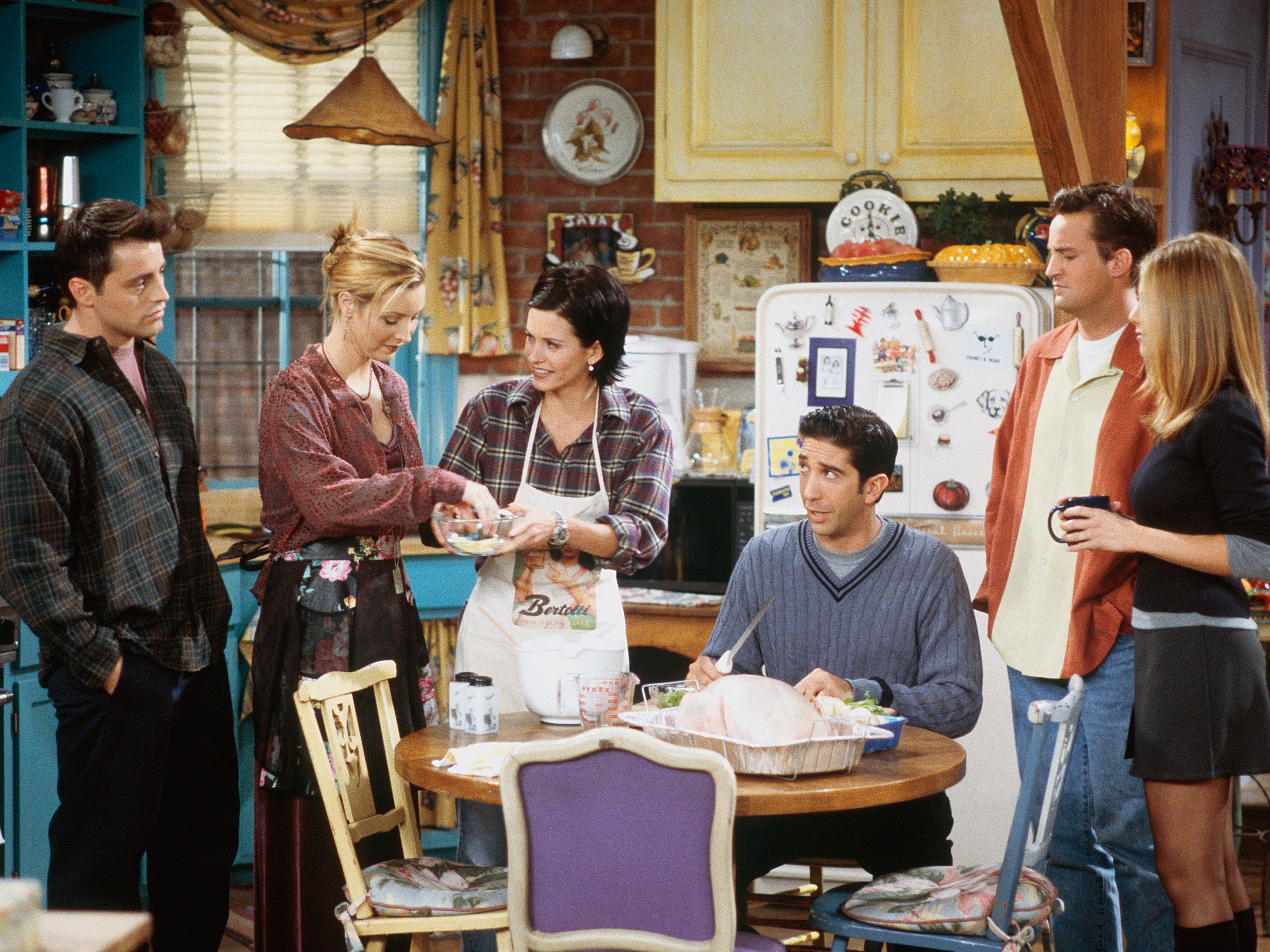 “Friends:”“Follows the personal and professional lives of six 20- to 30-something-year-old friends living in Manhattan.”

“Roseanne:”“‘Roseanne’ is the story of a working-class family struggling with life’s essential problems – marriage, children, money, and parents-in-law.”

“Curb Your Enthusiasm:” “The life and times of Larry David and the predicaments he gets himself into with his friends and complete strangers.” 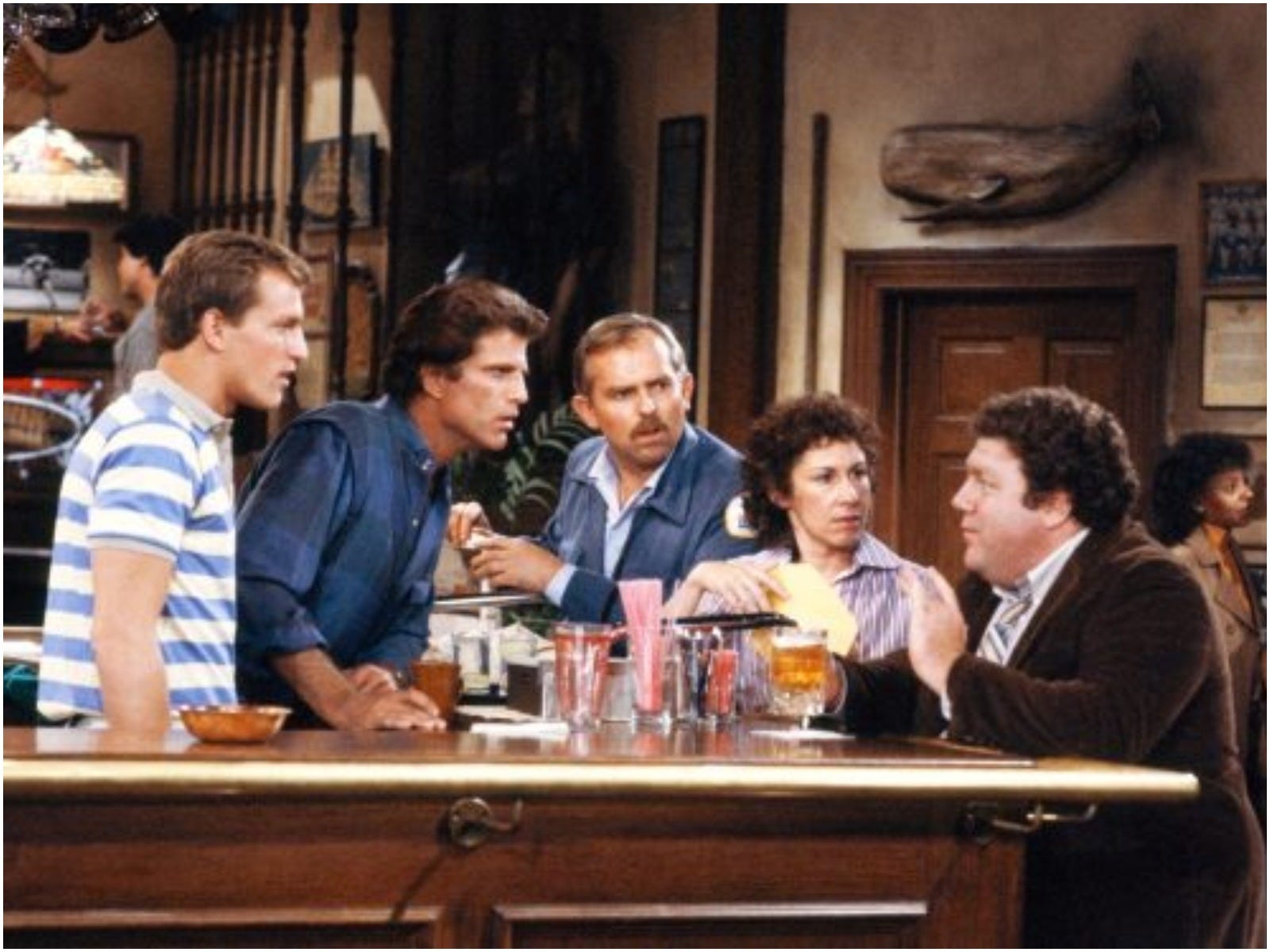 “Cheers:”“The regulars of the Boston bar Cheers share their experiences and lives with each other while drinking or working at the bar where everybody knows your name.”

“Frasier:”“Dr. Frasier Crane moves back to his hometown of Seattle, where he lives with his father, and works as a radio psychiatrist.”

“The Danny Thomas Hour:”“Thomas starred in the musical-variety and comedy episodes (many drawn from his earlier ‘Make Room for Daddy’) and hosted the more dramatic offerings.”

“Married…With Children:”“Al Bundy is a misanthropic women’s shoe salesman with a miserable life. He hates his job, his wife is lazy, his son is dysfunctional (especially with women), and his daughter is dim-witted and promiscuous.”

“The Jeffersons:”“A nouveau riche, African-American family who move into a luxury apartment building develop close, if occasionally fractious, relationships with other tenants.”

“Will and Grace:”“Will and Grace live together in an apartment in New York City. He’s a gay lawyer, she’s a straight interior designer. Their best friends are Jack, a gleeful but proud gay man, and Karen, a charismatic, filthy rich, amoral socialite.” 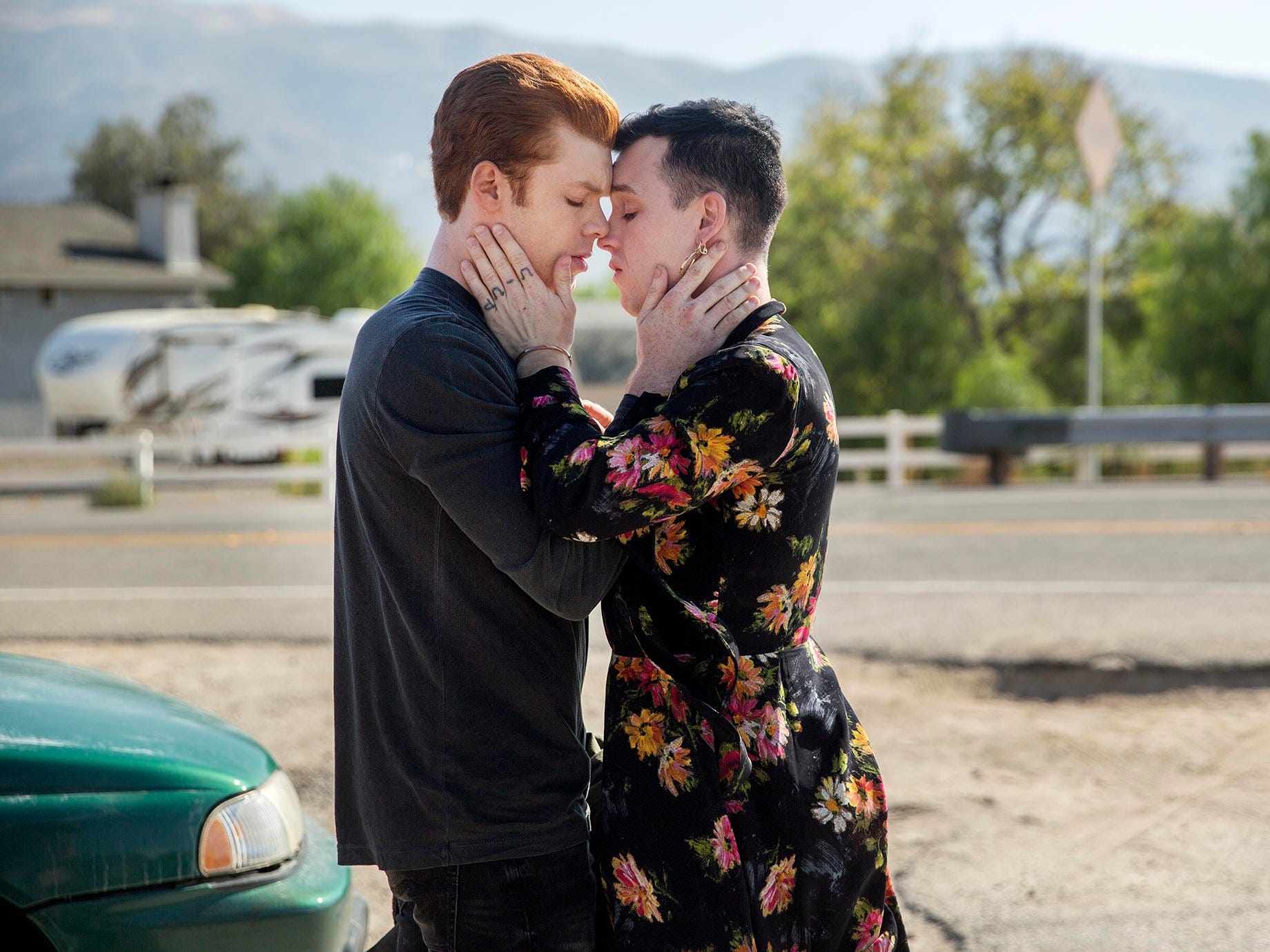 “Bob’s Burgers:” “Bob Belcher, along with his wife and three children, try to run their last hope of holding the family together, which is running Bob’s dream restaurant.”

“Archer:” “Covert black ops and espionage take a back seat to zany personalities and relationships between secret agents and drones.”

“Happy Days:”“The Cunningham family live through the 1950s with help and guidance from the loveable and almost superhuman greaser, Fonzie.”

“Murphy Brown:”“The personal and professional misadventures of a woman working as a TV journalist.”

“Modern Family:”“Three different, but related families face trials and tribulations in their own uniquely comedic ways.” 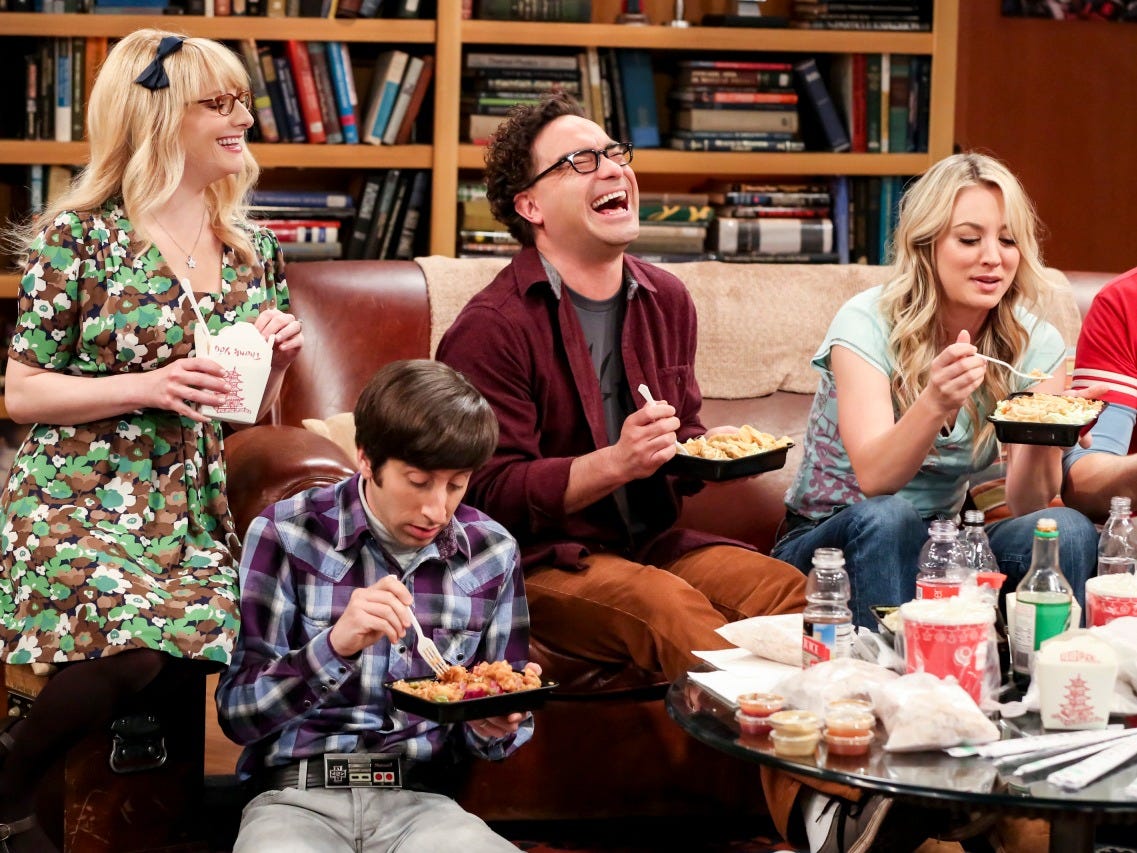 “Two and a Half Men:”“A hedonistic jingle writer’s free-wheeling life comes to an abrupt halt when his brother and 10-year-old nephew move into his beach-front house.”

“The Big Bang Theory:”“A woman who moves into an apartment across the hall from two brilliant but socially awkward physicists shows them how little they know about life outside of the laboratory.” 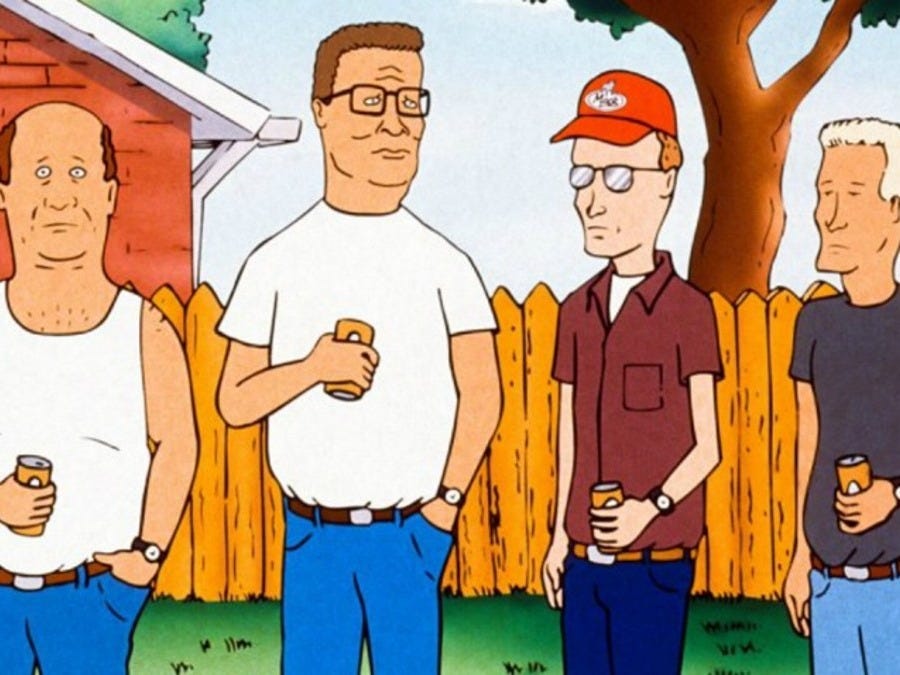 20th Television‘King of the Hill.’

“The Adventures of Ozzie and Hamlet:”“Ozzie and Harriet Nelson raise their two sons Ricky and David. As the sons age, they experience teenage dating problems, marriage and careers.”

“King of the Hill:”“A straight-laced propane salesman in Arlen, Texas, tries to deal with the wacky antics of his family and friends, while also trying to keep his son in line.”

“My Three Sons:”“Widower Steve Douglas raises three sons with the help of his father-in-law, and is later aided by the boys’ great-uncle. An adopted son, a stepdaughter, wives, and another generation of sons join the loving family in later seasons.” 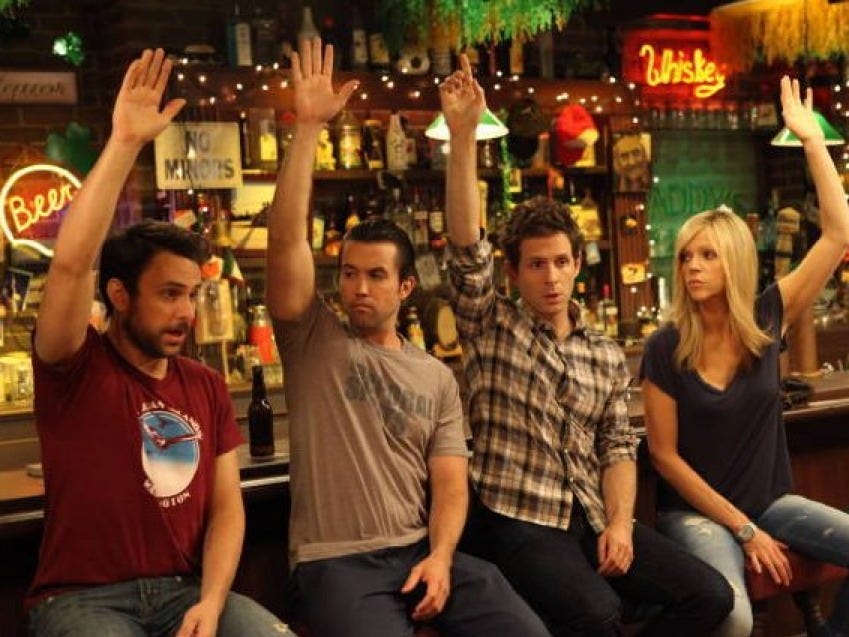 “It’s Always Sunny in Philadelphia:”“Five friends with big egos and slightly arrogant attitudes are the proprietors of an Irish bar in Philadelphia.”

“The Jack Benny Program:”“The comic misadventures of the ‘skinflint’ comedian and his friends.” 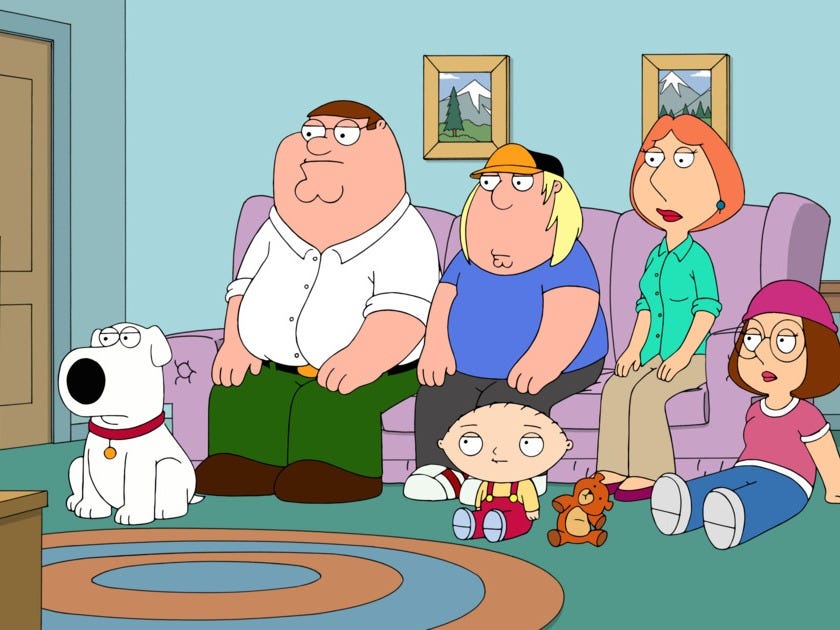 “Family Guy:” “In a wacky Rhode Island town, a dysfunctional family strive to cope with everyday life as they are thrown from one crazy scenario to another.”

“American Dad!:”“The random escapades of Stan Smith, a conservative CIA Agent dealing with family life, and keeping America safe, all in the most absurd way possible.” 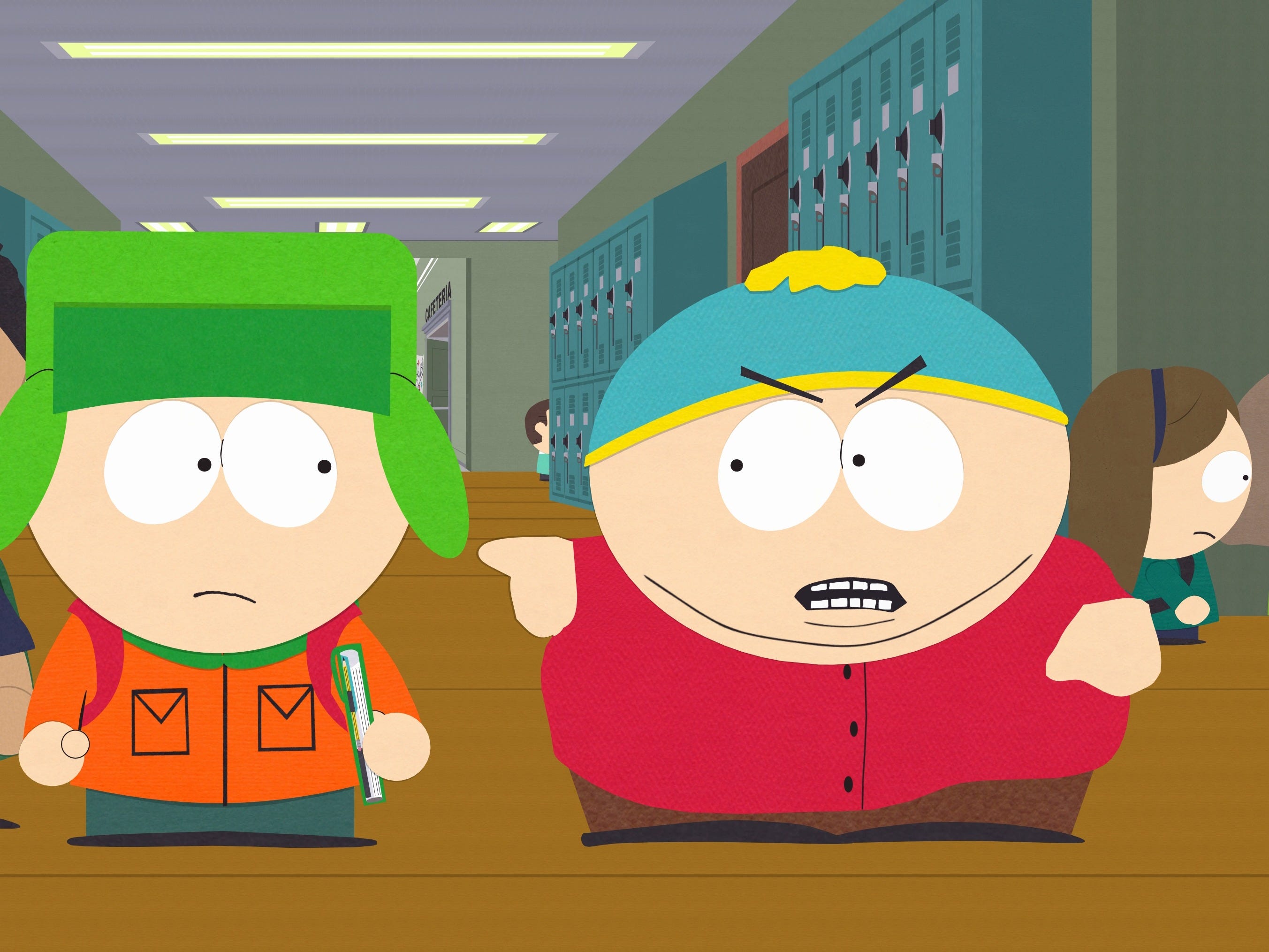 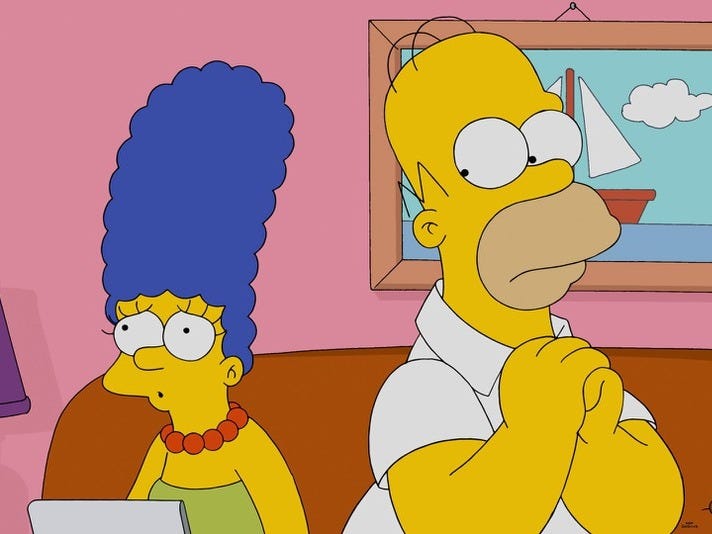 “The Simpsons:” “The satiric adventures of a working-class family in the misfit city of Springfield.”