The longest-running TV dramas of all time 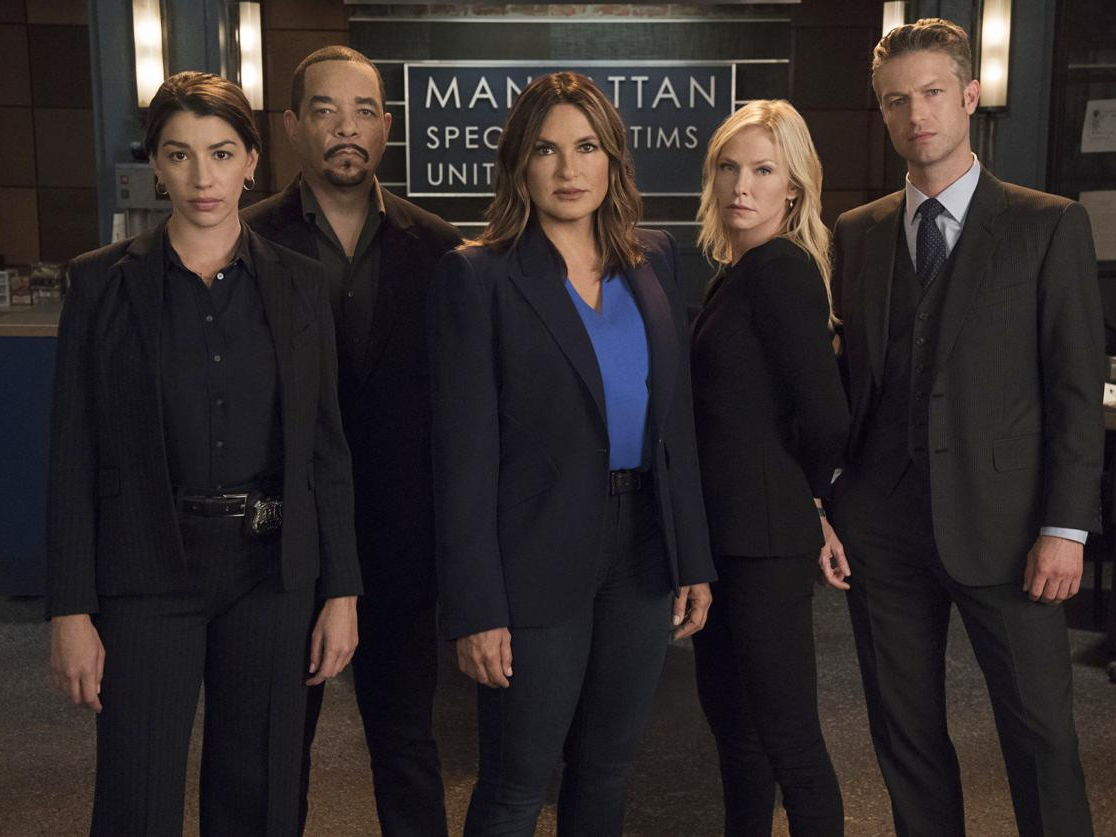 “Law and Order: Special Victims Unit” was just renewed for its 24th season, making it the longest-running live action show in history. It has left many other iconic shows in the dust. Its mother show, “Law and Order,” as well as “Gunsmoke,” also made it through 20 seasons. And “Grey’s Anatomy” just earned both seasons 16 and 17, solidifying it as the longest-running medical drama.

Keep scrolling to see which shows have graced our screens the longest – from eight seasons all the way to 24. 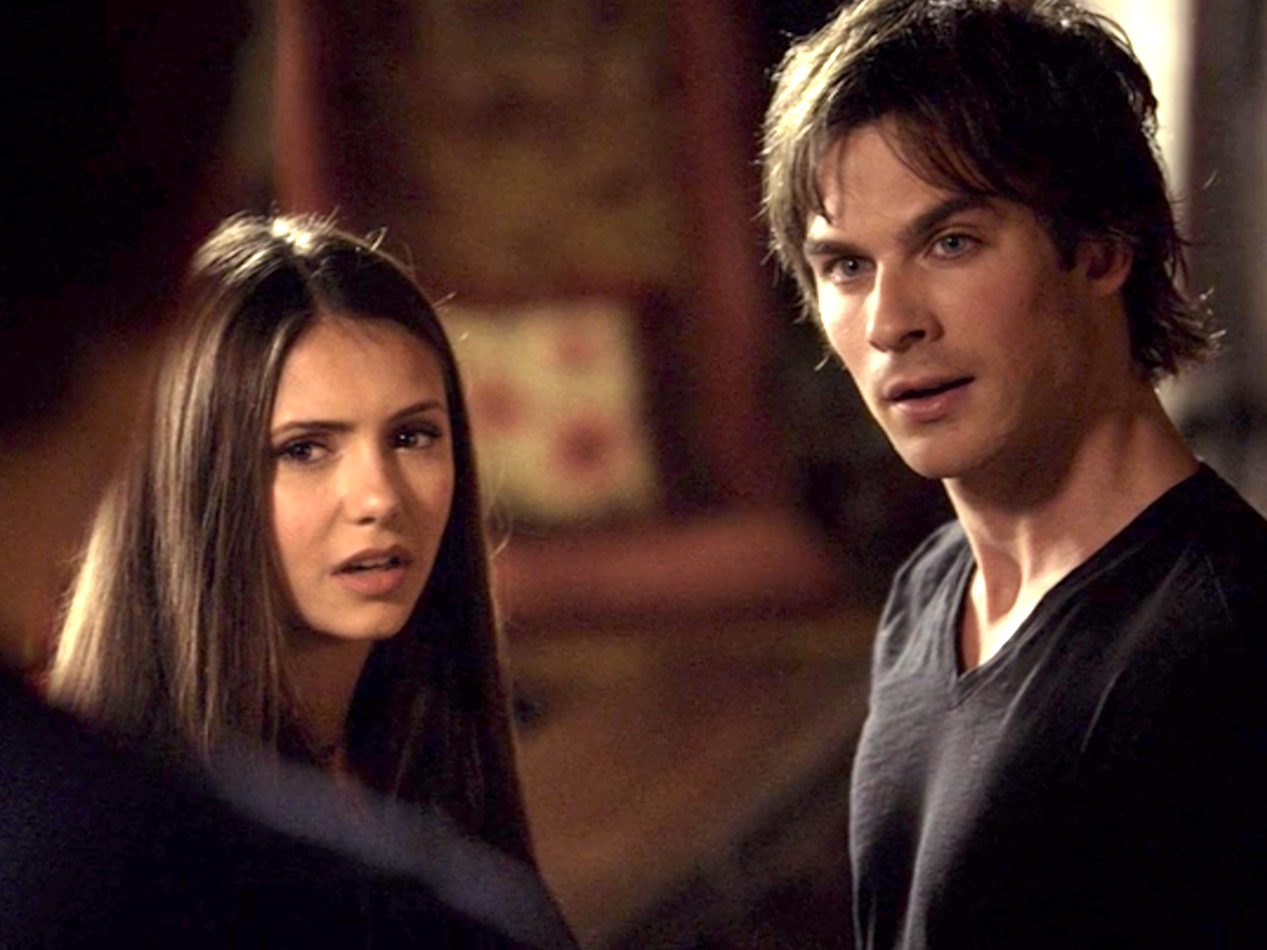 “Schlitz Playhouse of Stars:”“Originally billed as ‘Playhouse of the Stars’ this long running anthology series was originally presented live from New York City.”

“The Big Story:”“Based on a popular radio series, each show tells a different reporter’s Big Story, a true story selected from newspapers across the United States.”

“Wagon Train:”“Stories of the journeys of a wagon train as it leaves post-Civil War Missouri on its way to California through the plains, deserts, and Rocky Mountains.”

“Dragnet”“The equally-straight-laced and ‘by the book’ nephew of Joe Friday must work with his more laid-back partner to solve a mystery.”

“The Vampire Diaries:”“The lives, loves, dangers, and disasters in the town, Mystic Falls, Virginia. Creatures of unspeakable horror lurk beneath this town as a teenage girl is suddenly torn between two vampire brothers.”

“The Loretta Young Show:”“A drama anthology series hosted by actress Loretta Young. In addition to hosting the series, she played the lead in various episodes.”

“Magnum, P.I.:”“The adventures of a Hawaii based private investigator.”

“Homeland:”“A bipolar CIA operative becomes convinced a prisoner of war has been turned by al-Qaeda and is planning to carry out a terrorist attack on American soil.” 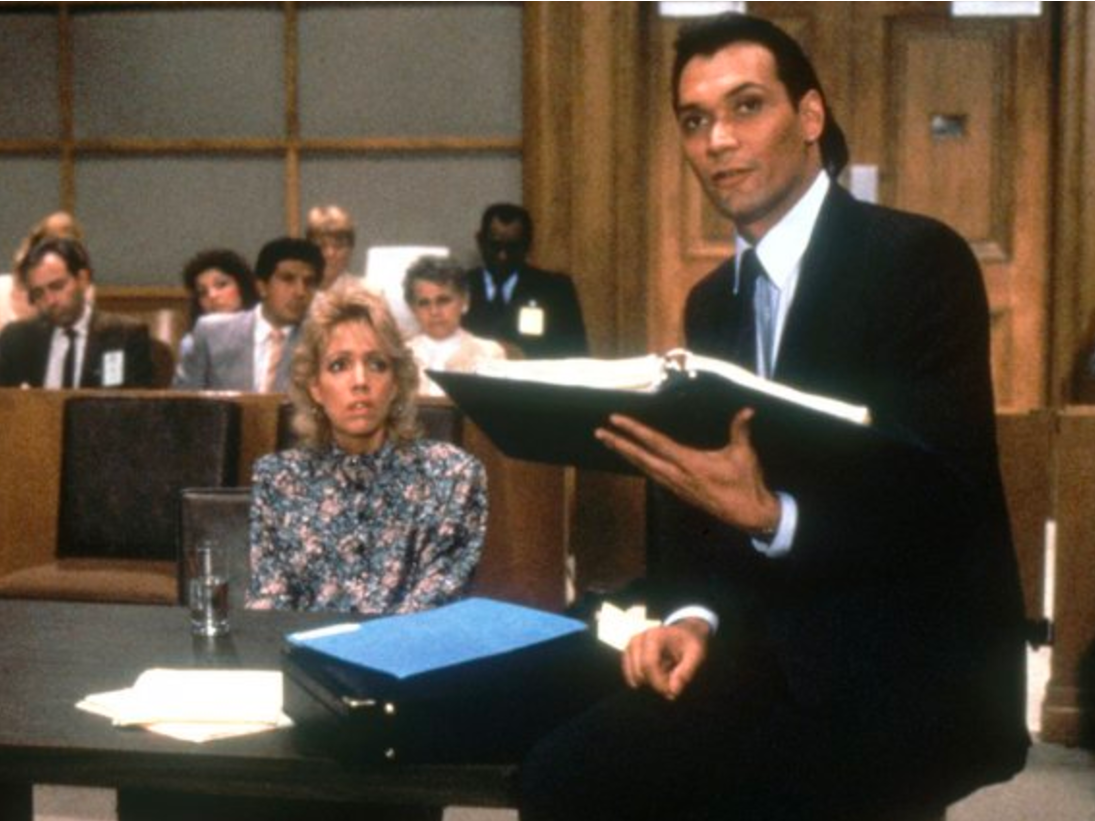 “Rawhide:”“Gil Favour is trail boss of a continuous cattle drive. He is assisted by Rowdy Yates. The crew runs into characters and adventures along the way.”

“Walker, Texas Ranger:”“Walker and his partner Trivette are Texas Rangers. They make it their business to battle crime in Dallas and all around the Great State of Texas.”

“Mannix:”“Mannix worked originally for Wickersham at Intertect and then struck out on his own, assisted by Peggy Fair (whose cop-husband had been killed) and police department contact Tobias.”

“Arrow:” “Spoiled billionaire playboy Oliver Queen is missing and presumed dead when his yacht is lost at sea. He returns five years later a changed man, determined to clean up the city as a hooded vigilante armed with a bow.”

“LA Law:”“The lives and work of the staff of a major Los Angeles law firm.” 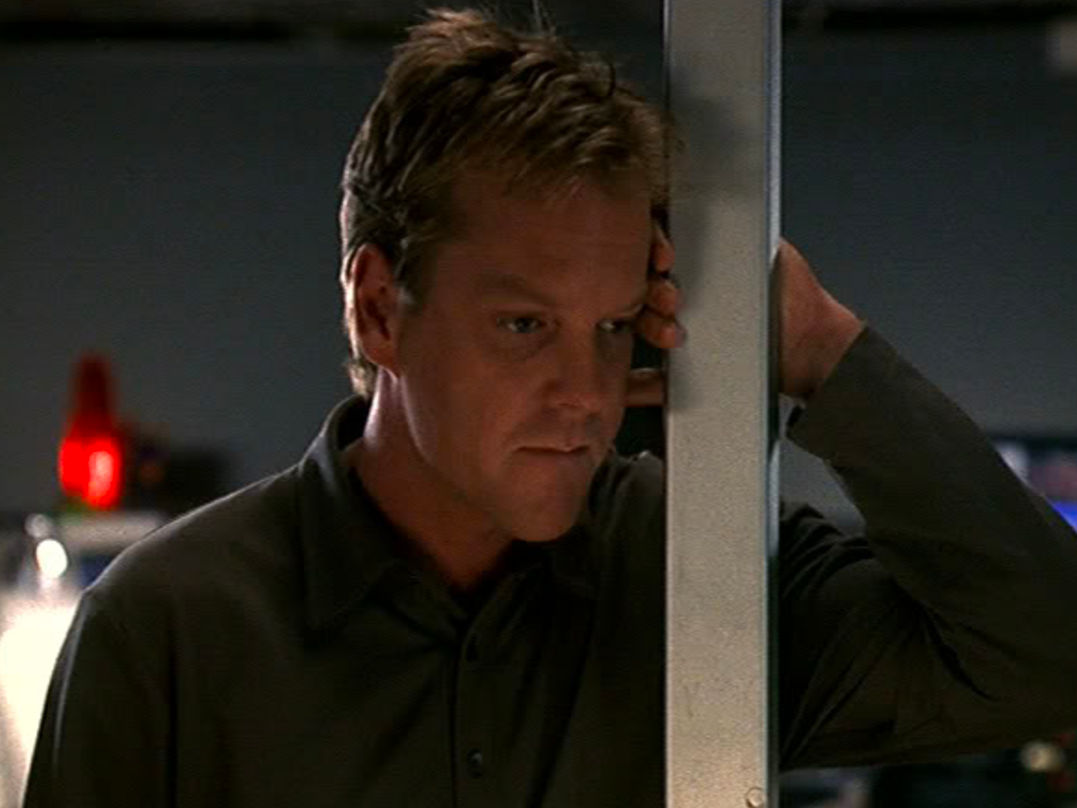 “Ford Theatre:”“The show started in New York with Broadway actors. It then moved to Hollywood where Hollywood actors headed the cast.”

“Mama:”“This well-received series was a comedy-drama about an immigrant family living in 1910s San Francisco.”

“24:”“Jack Bauer, Director of Field Ops for the Counter-Terrorist Unit of Los Angeles, races against the clock to subvert terrorist plots and save his nation from ultimate disaster.”

“Desperate Housewives:”“Secrets and truths unfold through the lives of female friends in one suburban neighbourhood, after the mysterious suicide of a neighbour.”

“Diagnosis: Murder:”“Dr. Mark Sloan has a knack for getting into trouble, negotiating the twists and turns of mysteries and solving crimes with the help of his son, Steve, a homicide detective.”

“Charmed:”“Three sisters discover their destiny, to battle against the forces of evil, using their witchcraft. They are the Charmed Ones.”

“House:”“An antisocial maverick doctor who specialises in diagnostic medicine does whatever it takes to solve puzzling cases that come his way using his crack team of doctors and his wits.”

“Castle:”“After a serial killer imitates the plots of his novels, successful mystery novelist Richard ‘Rick’ Castle receives permission from the Mayor of New York City to tag along with an NYPD homicide investigation team for research purposes.” 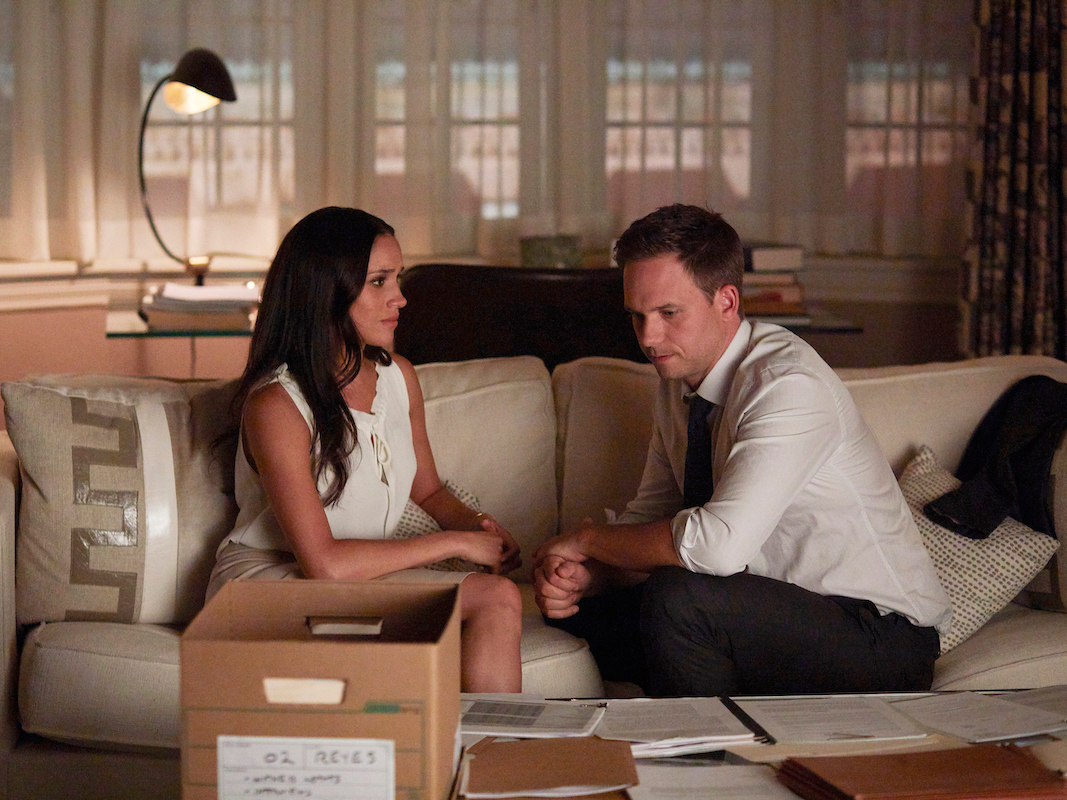 “Perry Mason:” “The cases of a master criminal defence attorney, handling the most difficult of cases in the aid of the innocent.”

“Suits:”“On the run from a drug deal gone bad, Mike Ross, a brilliant college dropout, finds himself a job working with Harvey Specter, one of New York City’s best lawyers.”

“The Virginian:”“The Shiloh Ranch in Wyoming Territory of the 1890s is owned in sequence by Judge Garth, the Grainger brothers, and Colonel MacKenzie. It is the setting for a variety of stories, many more based on character and relationships than the usual western.”

“The FBI:”“The cases of the US Federal Bureau of Investigation.”

“Falcon Crest:” “Set in the vineyards of California, this prime-time soap opera featured the conflict within the powerful Gioberti family, owners of the vast Falcon Crest Winery.”

“Dynasty:”“The trials and tribulations of two feuding families, the Carringtons and the Colbys, both oil rich families in Denver, Colorado.”

“Touched by an Angel:”“Monica, Tess, and Andrew are a trio of angels sent to Earth to tell depressed and troubled people that God loves them and hasn’t forgotten them.” “The Waltons:”“The life and trials of a 1930s and 1940s Virginia mountain family through financial depression and World War II.”

“Little House on the Prairie:”“The life and adventures of the Ingalls family in the nineteenth century American Midwest.”

“Matlock:”“Ben Matlock is a very expensive criminal defence attorney, who charges one hundred thousand dollars to take a case. Fortunately, he’s worth every penny, as he and his associates defend his clients by finding the real killer.”

“One Tree Hill:”“Half-brothers Lucas and Nathan Scott trade between kinship and rivalry both on the basketball court and in the hearts of their friends in the small, but not so quiet town of Tree Hill, North Carolina.” 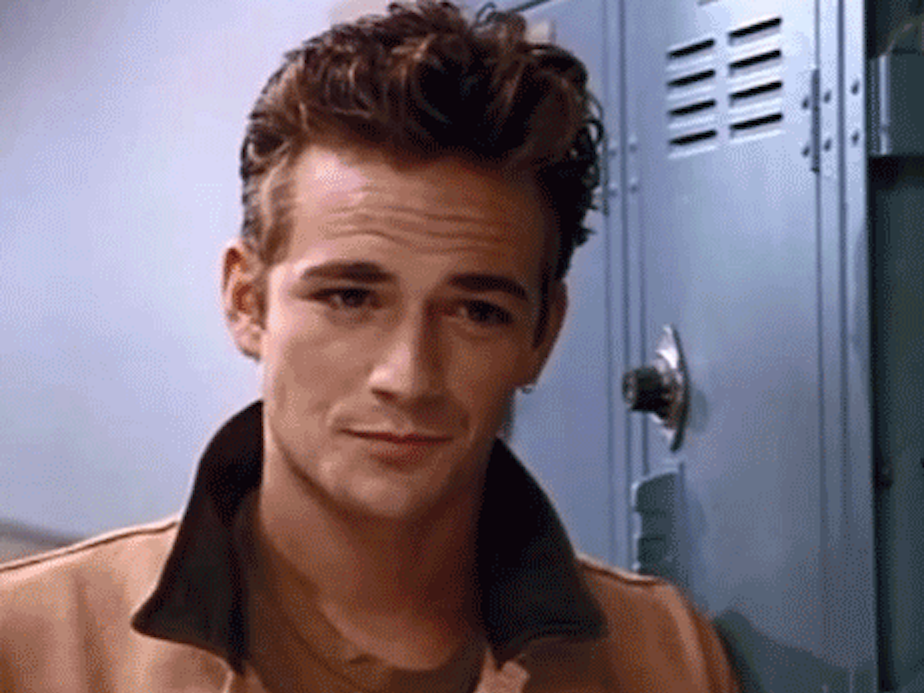 “General Electric Theatre:”“An American anthology series, with a new episode and different actors and actresses each week. Hosted by Ronald Reagan, the series was sponsored by General Electric’s Department of Public Relations.”

“Beverly Hills, 90210:”“A group of friends living in Beverly Hills, California make their way through life from their school days into adulthood.”

“Smallville:”“A young Clark Kent struggles to find his place in the world as he learns to harness his alien powers for good and deals with the typical troubles of teenage life in Smallville, Kansas.”

“Hawaii Five-0:”“Steve McGarrett returns home to Oahu, in order to find his father’s killer. The Governor offers him the chance to run his own task force (Five-0).”

“Blue Bloods:”“Revolves around a family of New York cops.” 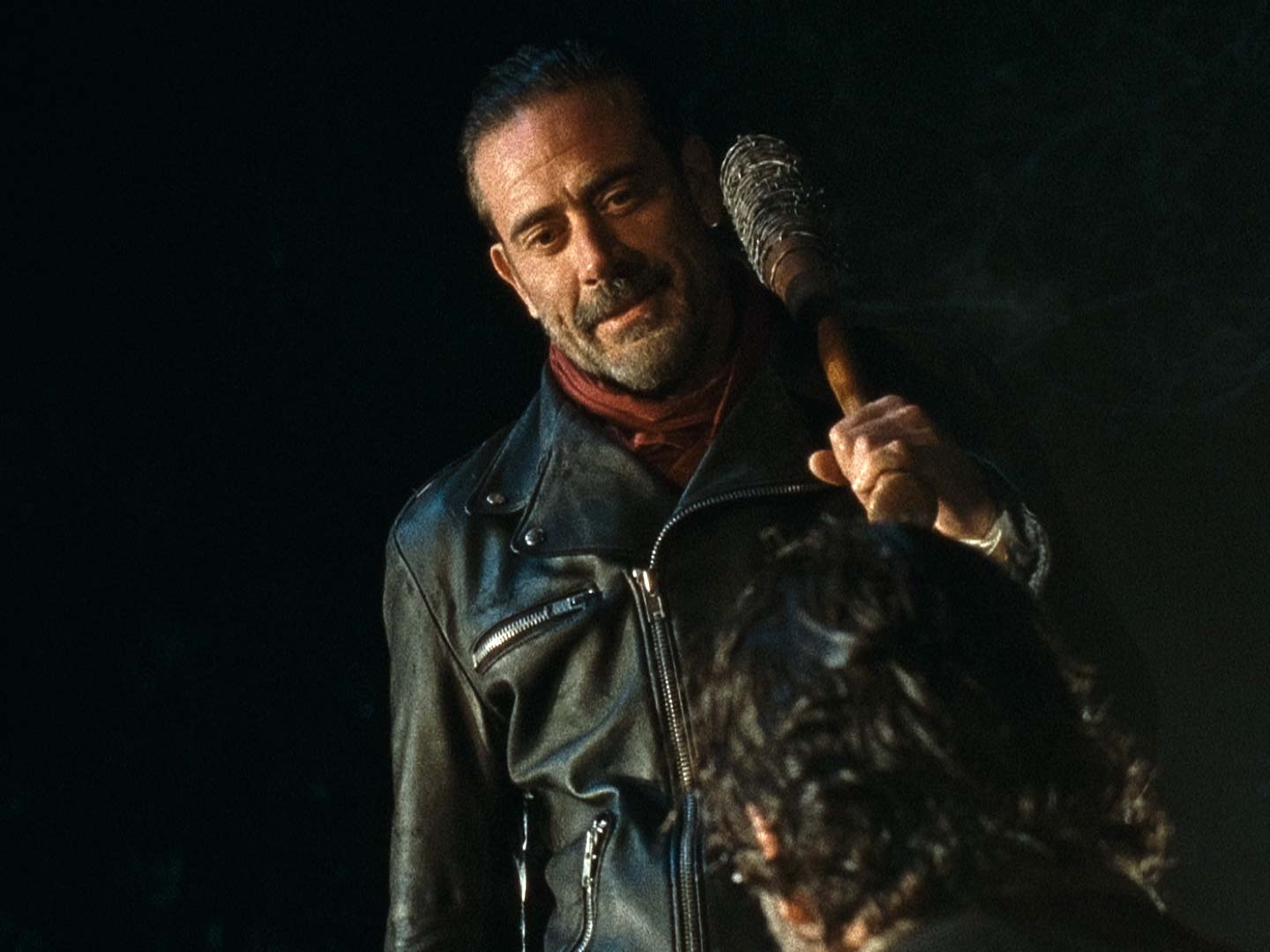 “M*A*S*H:”“The staff of an Army hospital in the Korean War find that laughter is the best way to deal with their situation.”

“7th Heaven:”“Eric Camden, a minister, and his wife Annie deal with the drama of having seven children, ranging from toddlers to adults with families of their own.”

“The X-Files:”“Two FBI Agents, Fox Mulder the believer and Dana Scully the sceptic, investigate the strange and unexplained, while hidden forces work to impede their efforts.”

“Chicago Fire:”“The story of firefighters in Chicago, both on a personal and professional level.”

“The Walking Dead:” “Sheriff Deputy Rick Grimes wakes up from a coma to learn the world is in ruins, and must lead a group of survivors to stay alive.” 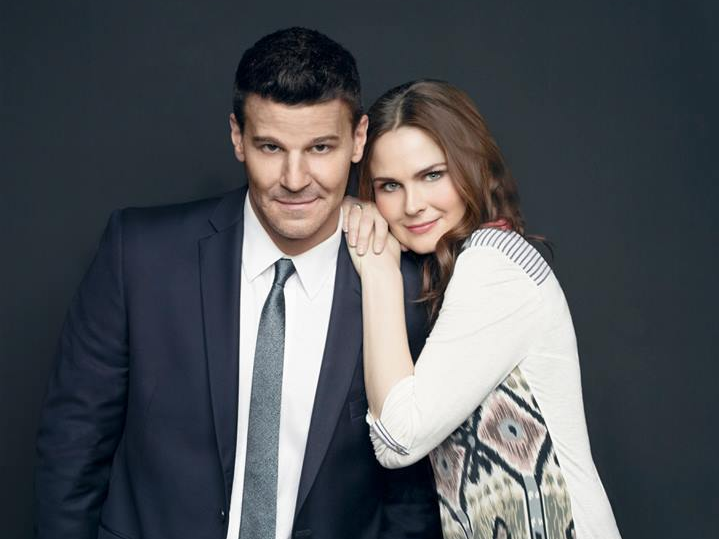 “Hawaii Five-O:” “The investigations of Hawaii Five-O, an elite branch of the Hawaii State Police answerable only to the governor and headed by stalwart Steve McGarrett.”

“Murder, She Wrote:”“Professional writer and amateur sleuth Jessica Fletcher uses her intellect, charm, and persistence to get to the bottom of every crime she encounters.”

“Doctor Who:” “The further adventures in time and space of the alien adventurer known as the Doctor and their companions from planet Earth.” 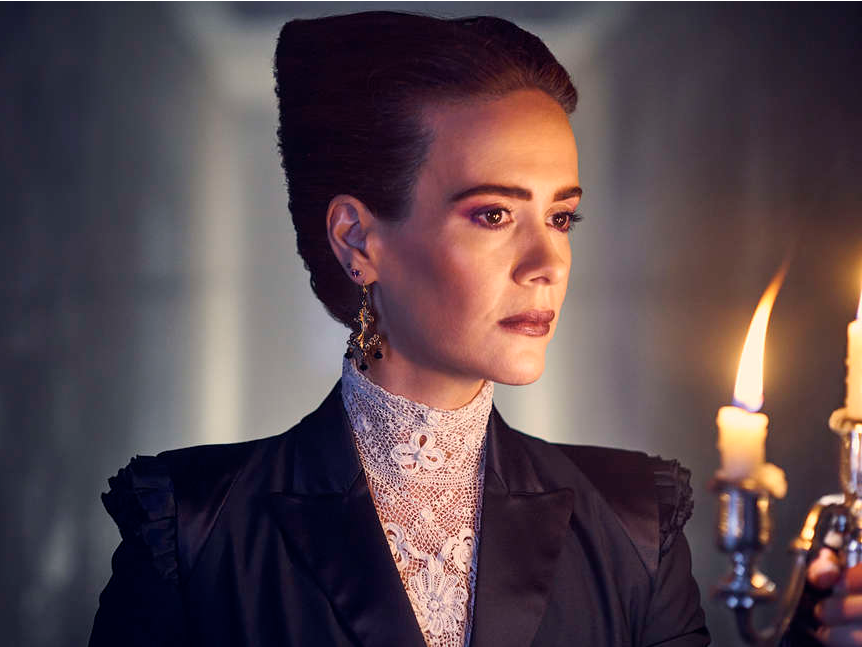 “American Horror Story:” “An anthology series centering on different characters and locations, including a house with a murderous past, an insane asylum, a witch coven, a freak show, a hotel, a possessed farmhouse, a cult, and the apocalypse.” 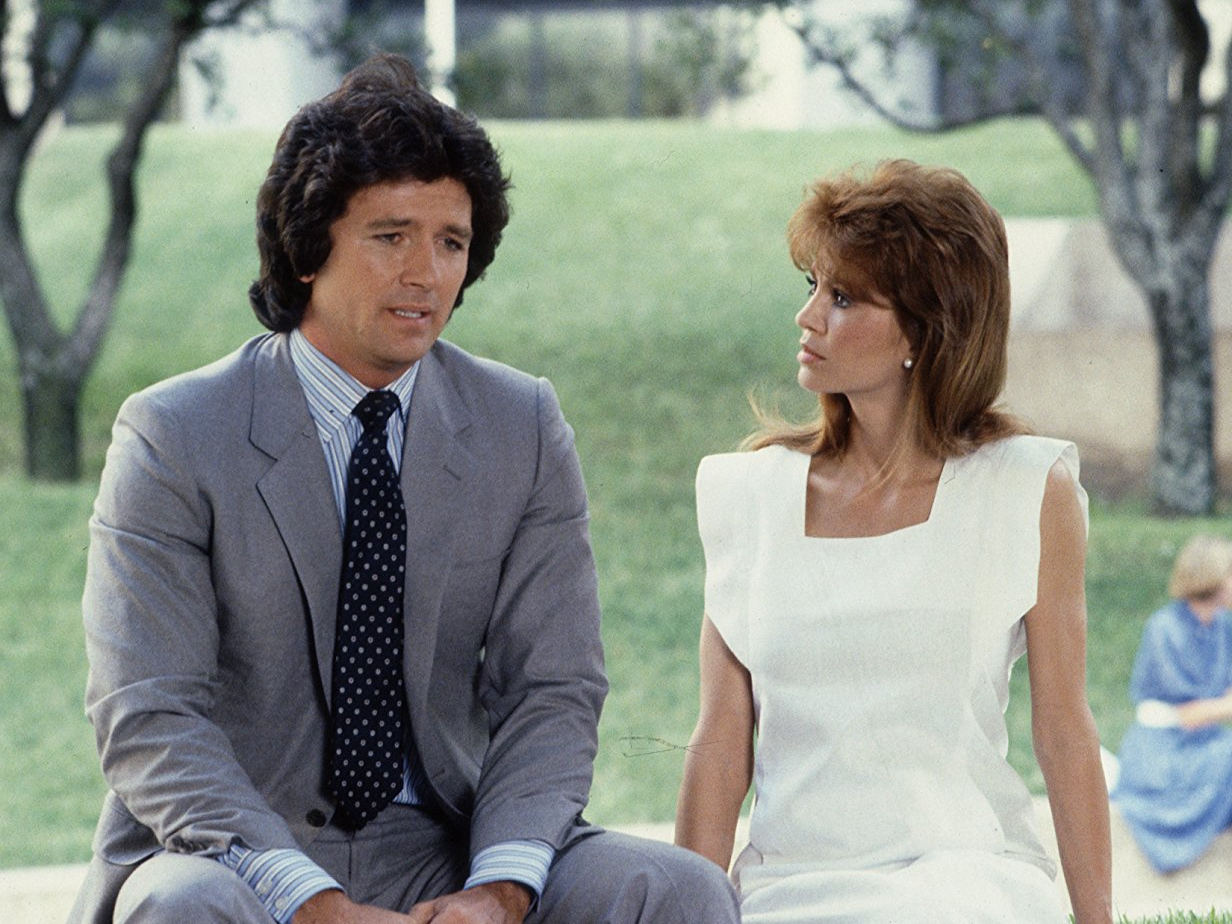 “Bonanza:”“The adventures of Ben Cartwright and his sons as they run and defend their ranch while helping the surrounding community.”

“Dallas:”“J.R. Ewing, a Texas oil baron, uses manipulation and blackmail to achieve his ambitions, both business and personal. He often comes into conflict with his brother Bobby, his arch-enemy Cliff Barnes and his long-suffering wife Sue Ellen.” 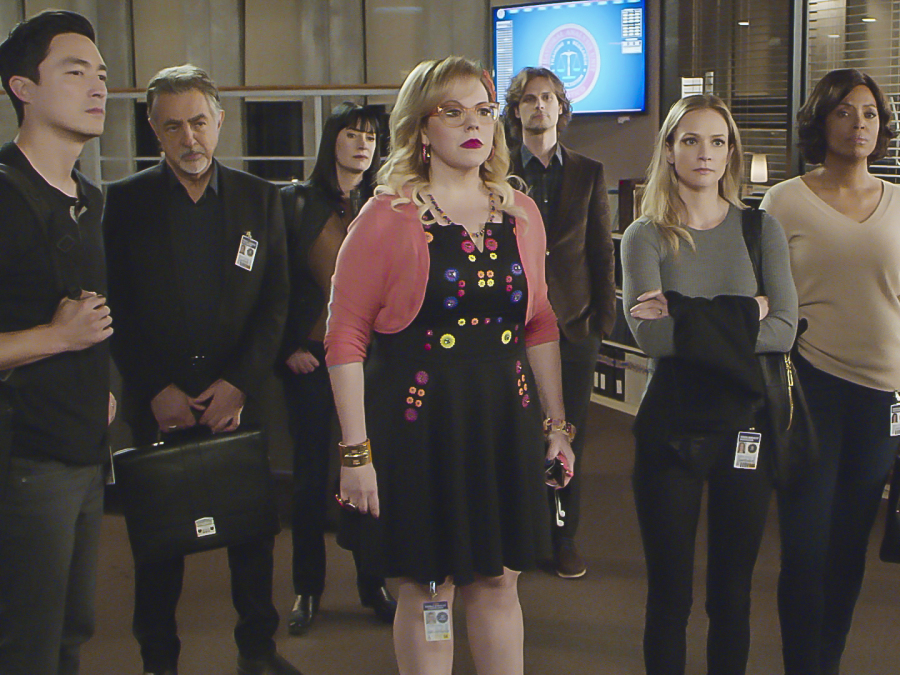 “ER:”“The lives, loves, and losses of the doctors and nurses of Chicago’s County General Hospital.”

“Supernatural:”“Two brothers follow their father’s footsteps as ‘hunters,’ fighting evil supernatural beings of many kinds, including monsters, demons, and gods that roam the earth.”

“Criminal Minds:”“The cases of the FBI Behavioural Analysis Unit (BAU), an elite group of profilers who analyse the nation’s most dangerous serial killers and individual heinous crimes in an effort to anticipate their next moves before they strike again.” 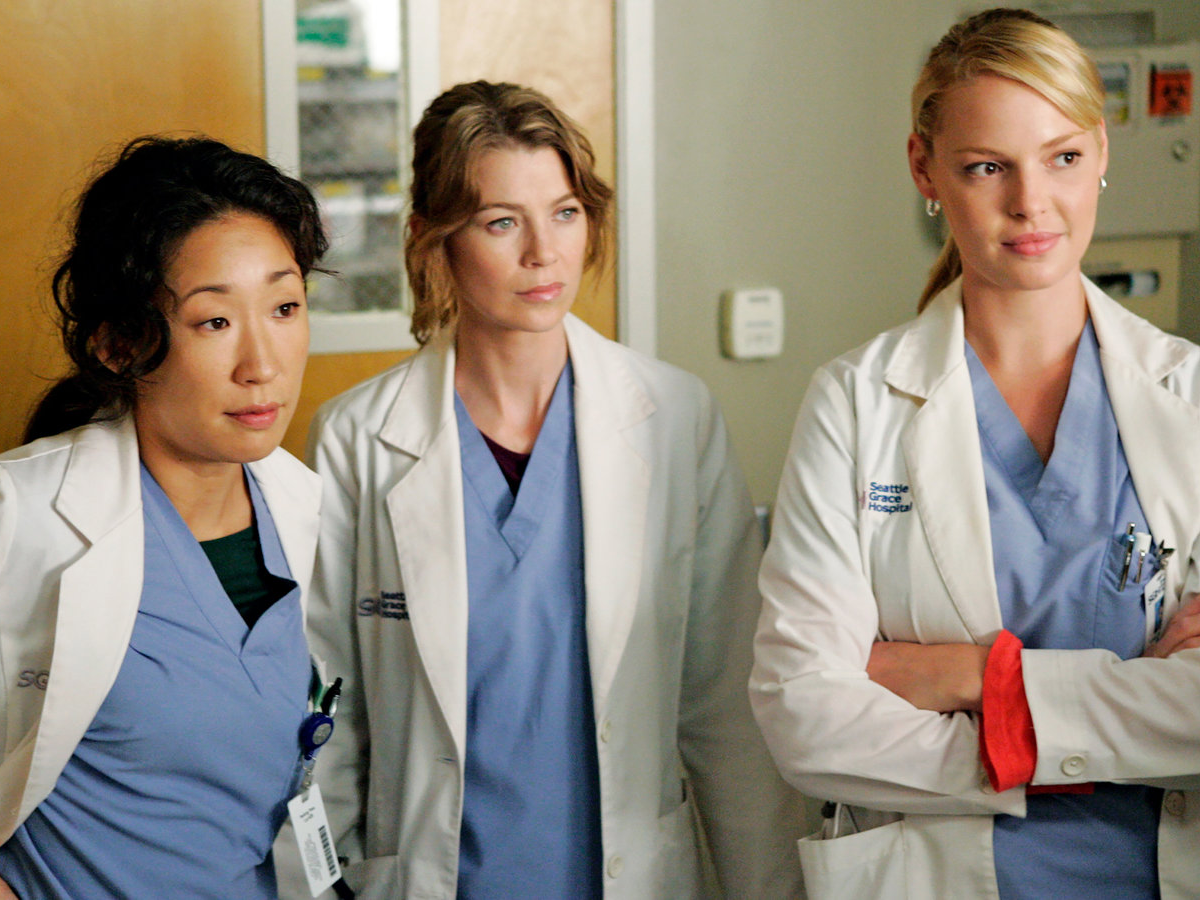 “Grey’s Anatomy:”“A drama centered on the personal and professional lives of five surgical interns and their supervisors.” 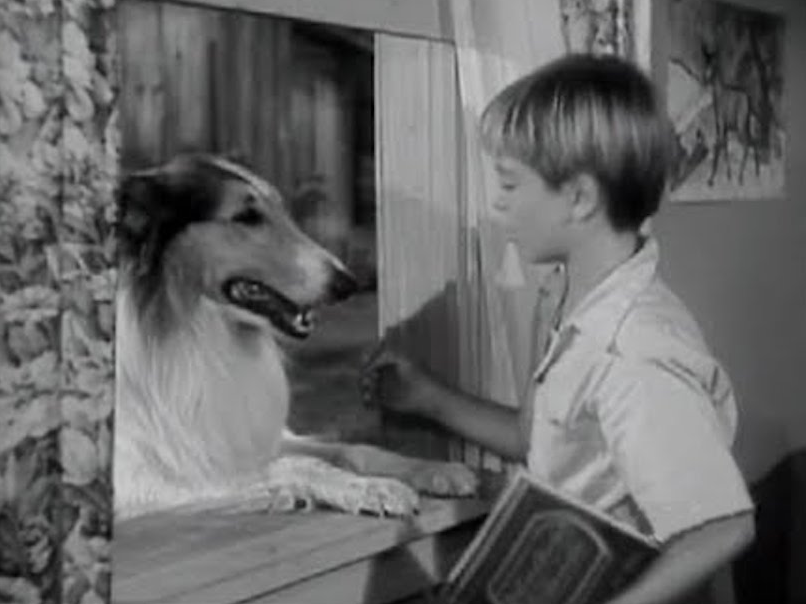 “Lassie:”“The ongoing saga of the Martin family and their beloved collie, Lassie.” 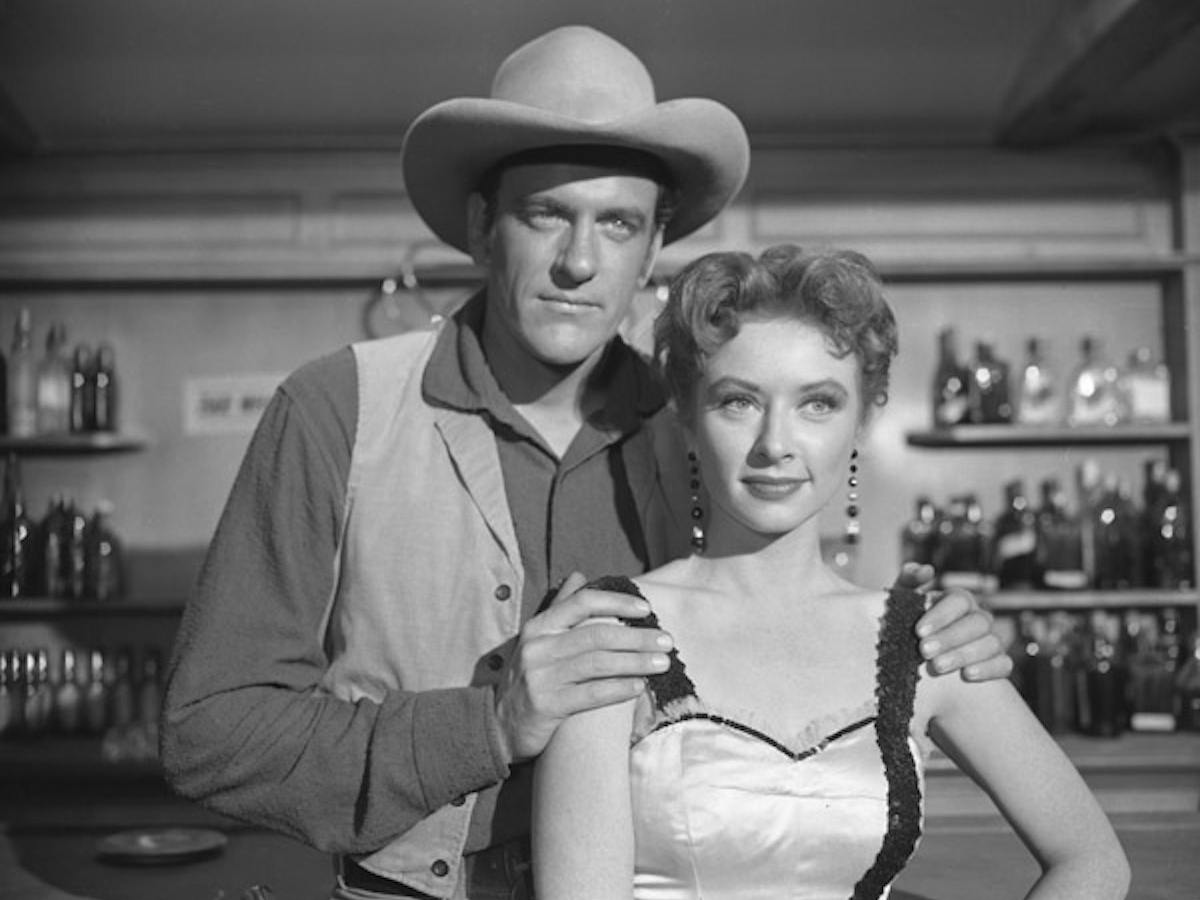 “Law & Order:” “Follows a crime, usually adapted from current headlines, from two separate vantage points, the police investigation and the prosecution in court.” 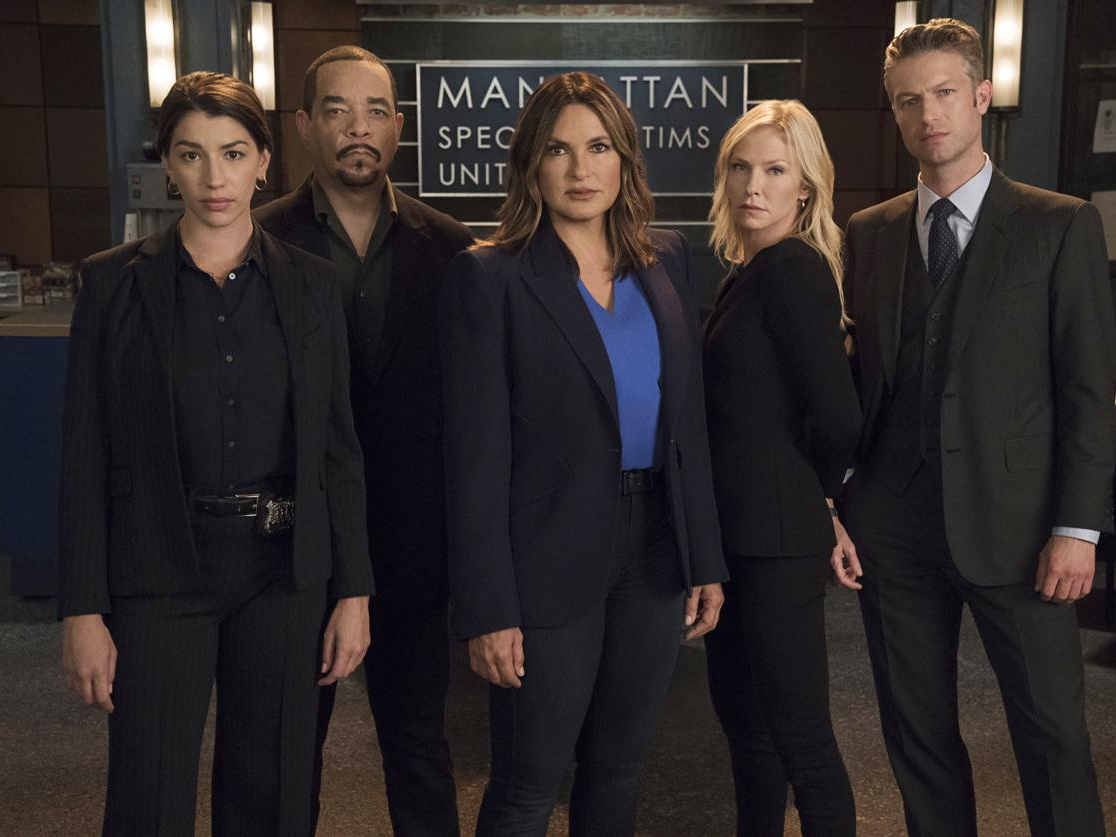