I left my home in Wuhan for a weeklong beach vacation with my son and husband. Now we can't get back in — and we're giving up on trying. 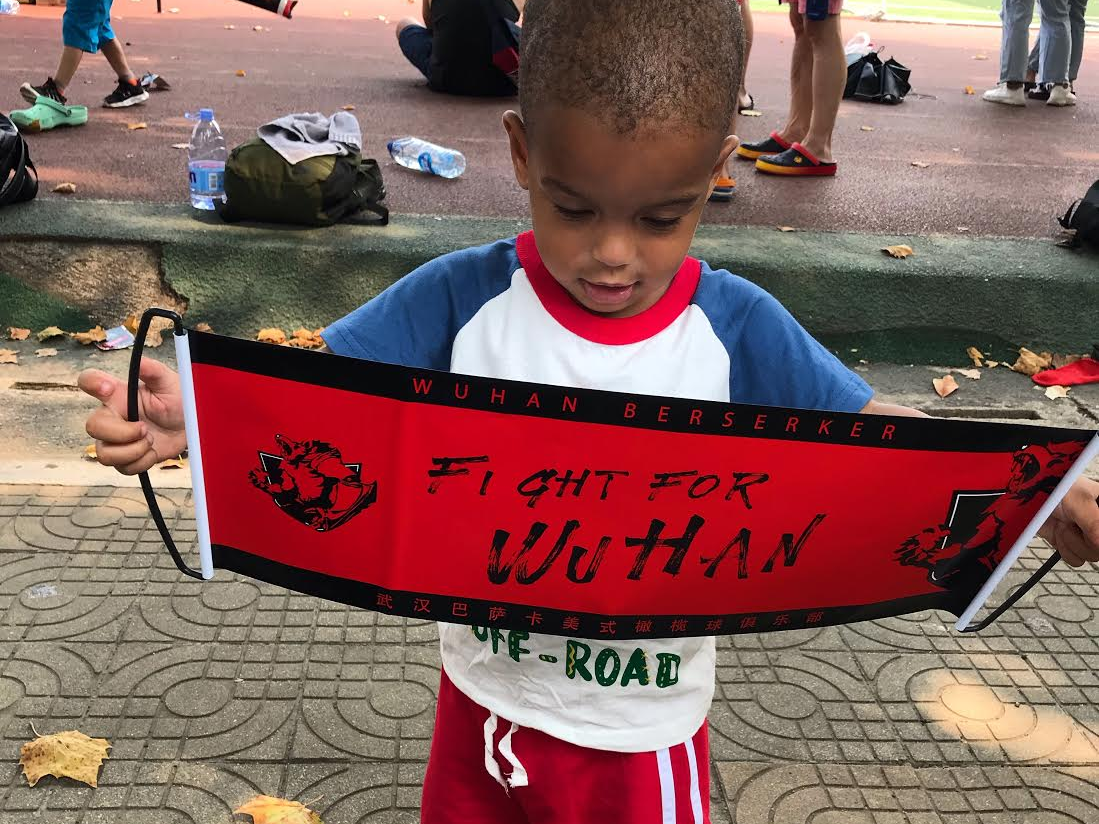 Courtesy of Imani BashirThe author’s son holding a banner at a football game in China.

As someone who was living in the city of Wuhan, the centre of where the coronavirus started, I know that my and my family’s current displacement is only a morsel of the aftermath of this virus. Information is widely spread, but it’s constantly conflicting. Every person we still know in Wuhan is preparing for this to be an into-the-summer scenario. 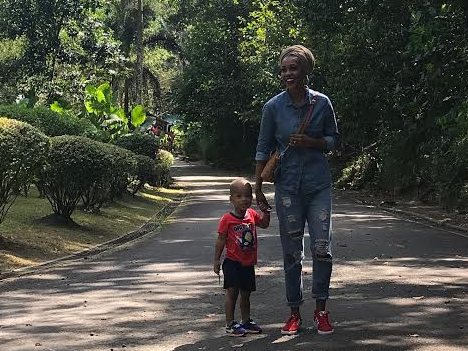 Let’s start at the beginning.

I’m from Maryland, and my husband is from Buffalo, New York. We’ve been travelling to China together since 2016, before our son was born.

My husband coaches American football internationally, and as the sport continues to grow in popularity, he’s found more job opportunities in China.

Together, we have lived in four countries – Egypt, Poland, China, and the Czech Republic – but nothing major has ever happened that has truly shifted our way of life. 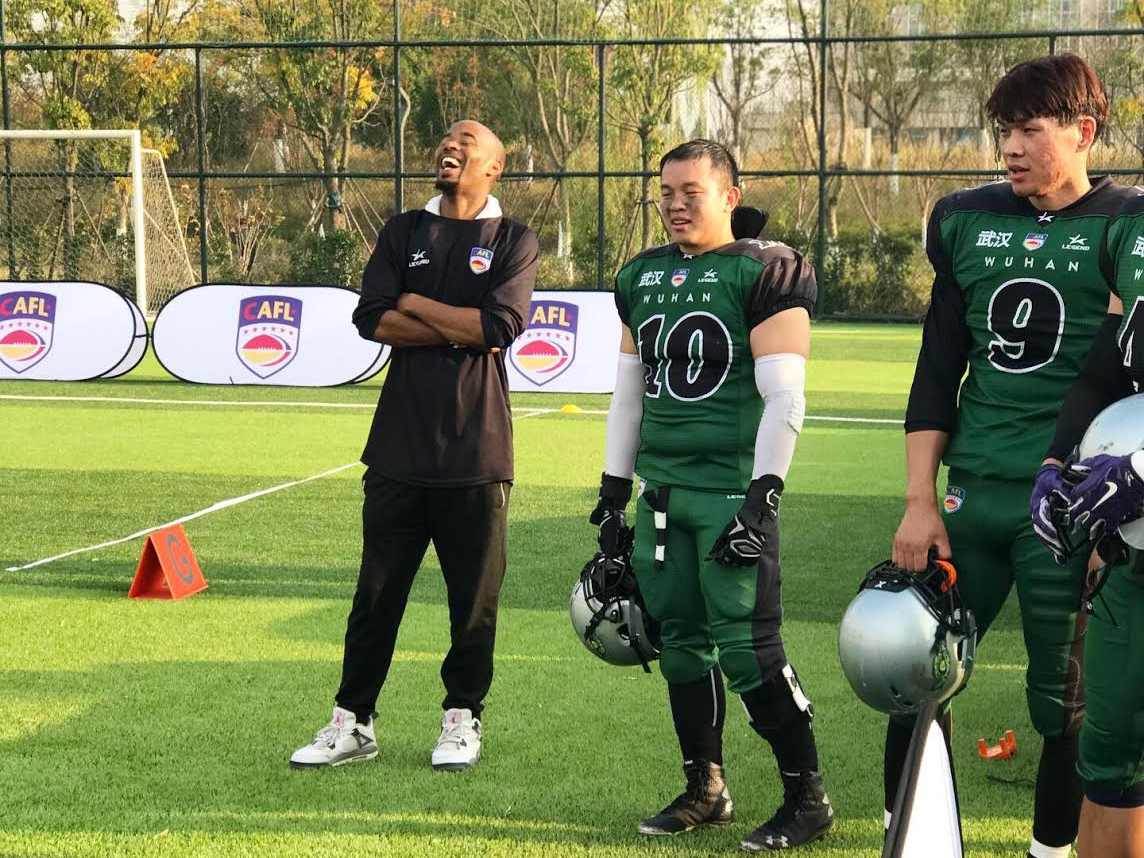 We moved to Wuhan just after the Chinese New Year of 2019, in early February, going straight there from a vacation in Hainan Island, a more tropical area of China.

We’d been living in another city in China: Chongqing, which is a couple hundred miles west of Wuhan. We liked Chongqing, but my husband was offered a better work contract in Wuhan, so we decided to try it out. As expats, we aren’t ever really opposed to trying a new place to live. 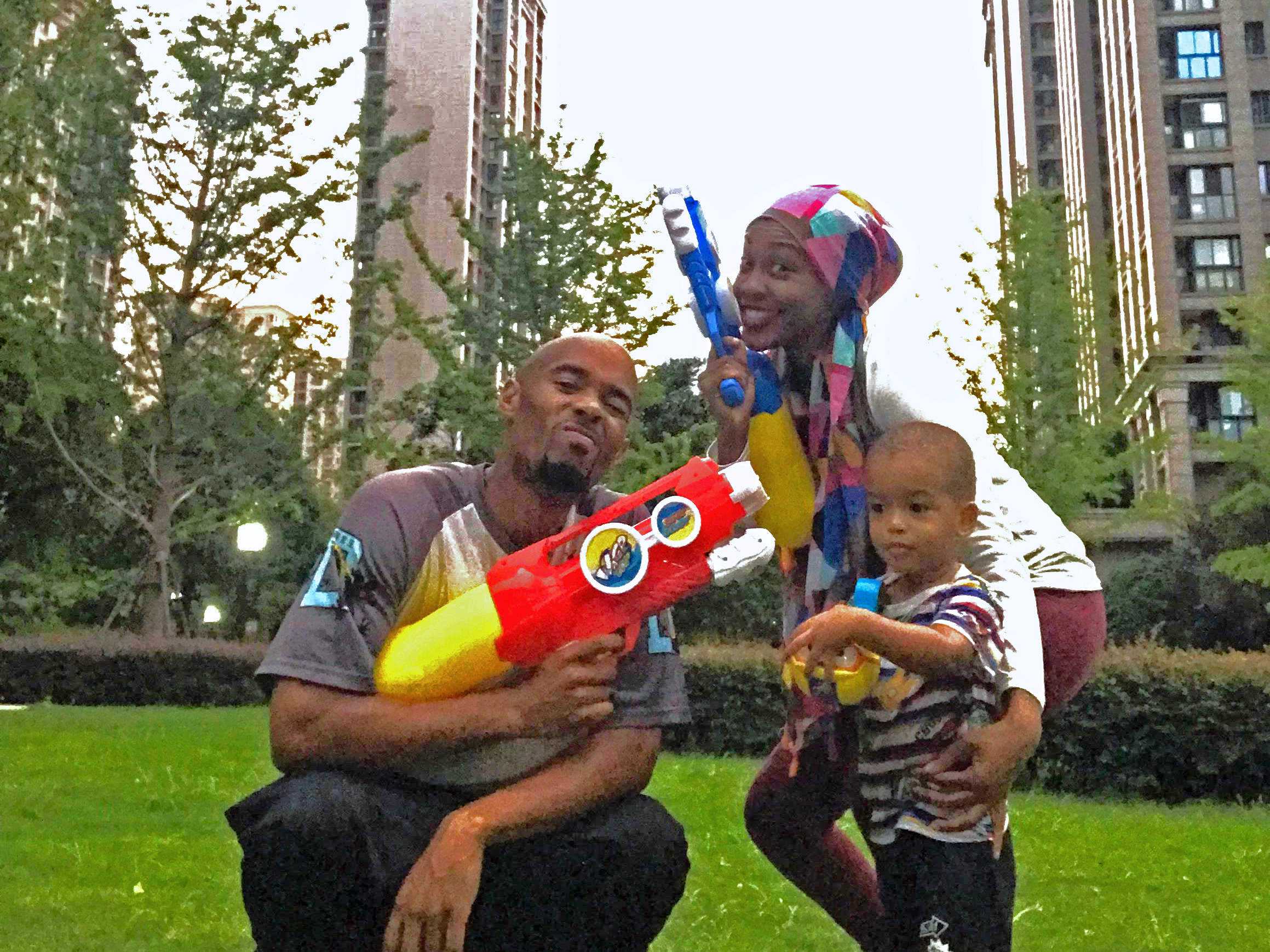 Courtesy of Imani BashirCelebrating Bashir’s husband’s birthday in August with a water-gun fight in the park in their apartment complex in Wuhan.

I absolutely loved living in Wuhan, outside of the seasonal smog and air pollution. The smog can get so bad that you can’t see anything out of your window. You can be on the 20th-plus floor of your building and not be able to see the next high-rise over. 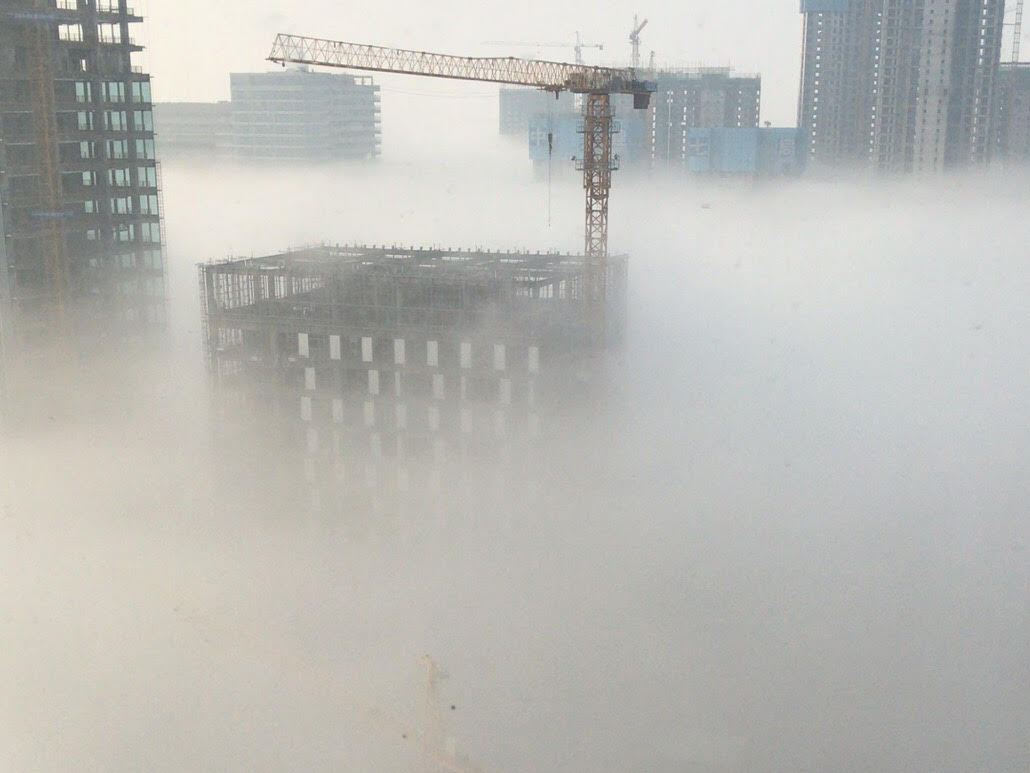 Courtesy of Imani BashirBashir took this photo of the smog from her apartment window.

The smog is the main reason people have seen people in China wearing face masks before this coronavirus outbreak. It’s an ordinary, everyday practice because of the poor air quality in some cities. 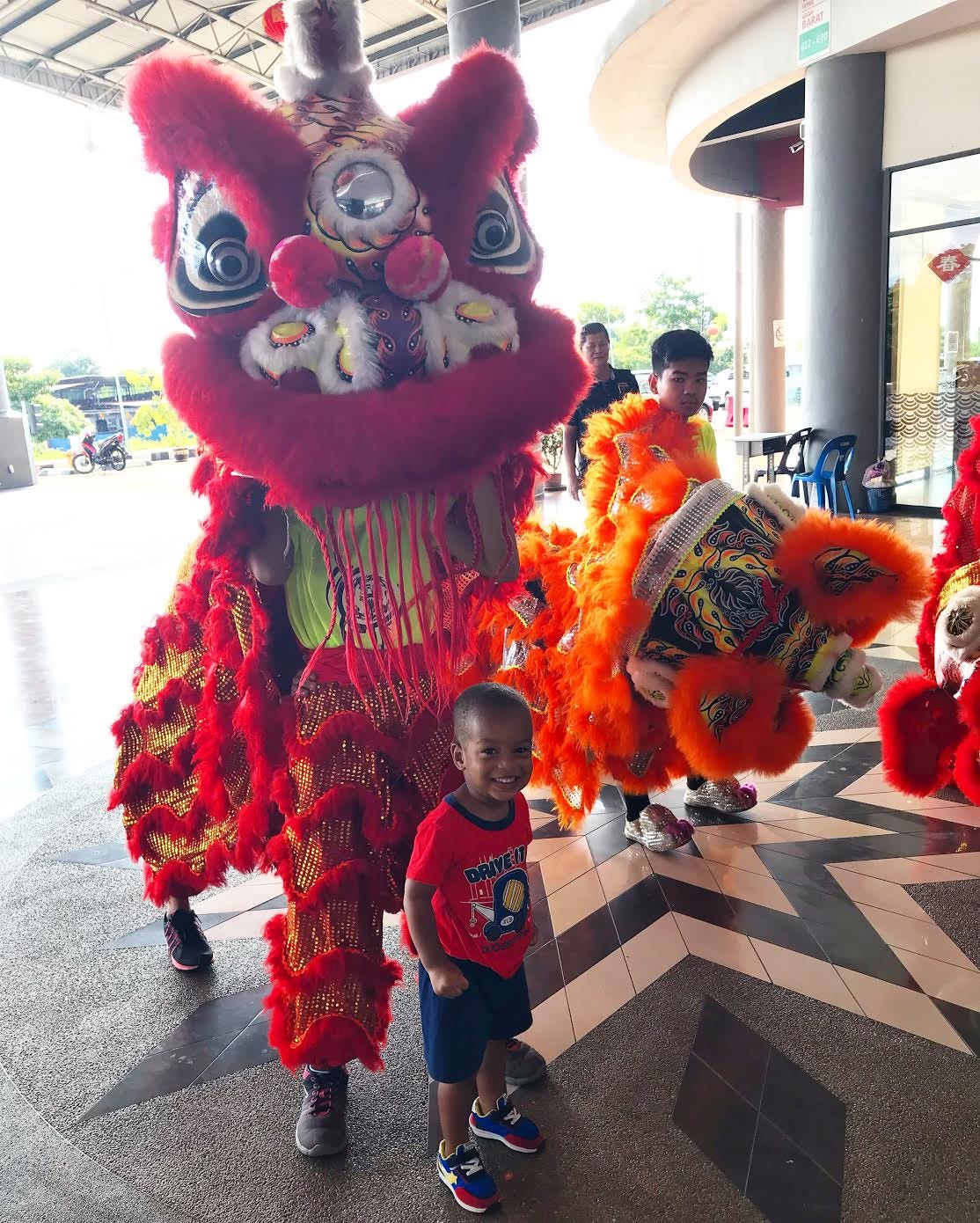 Courtesy of Imani BashirBashir’s son watching the dragon and lion shows at a mall in Malaysia for Lunar New Year.

It’s customary for people in China and expats to take a vacation during Chinese New Year since it’s the most important and longest local holiday. (The festival began on January 25 and lasted until February 8, about 15 days in total.)

Since it’s such a popular time to travel, it’s best to plan ahead, so I had booked our flights out of Wuhan nearly six months before ever hearing about the coronavirus.

On December 31, I received a text message from our landlady saying that there was a potential “pneumonia outbreak” in the area. It didn’t make sense to me; I had no idea that pneumonia was a contagious thing. (Editor’s note: Certain types of pneumonia are contagious.)

In the various expat group chats we were part of on WeChat (a Chinese app similar to WhatsApp), most people were laughing the outbreak off because we truthfully didn’t think it was a huge deal. The main message was wash your hands with soap and be merry.

We boarded our plane to Kota Kinabalu, Malaysia, on January 14. Although we heard that people had already been confirmed dead because of this mysterious pneumonia fiasco, we weren’t privy to the full depth of what was happening until our plane landed.

At the airport when we arrived, there was a separate section where people who had come from Wuhan had to go to get their body temperature taken via the forehead. Anyone with a fever and/or coughing was supposed to go to a different area. Luckily, we didn’t have to go through any additional screenings after they took our temperature.

Realising we were stranded 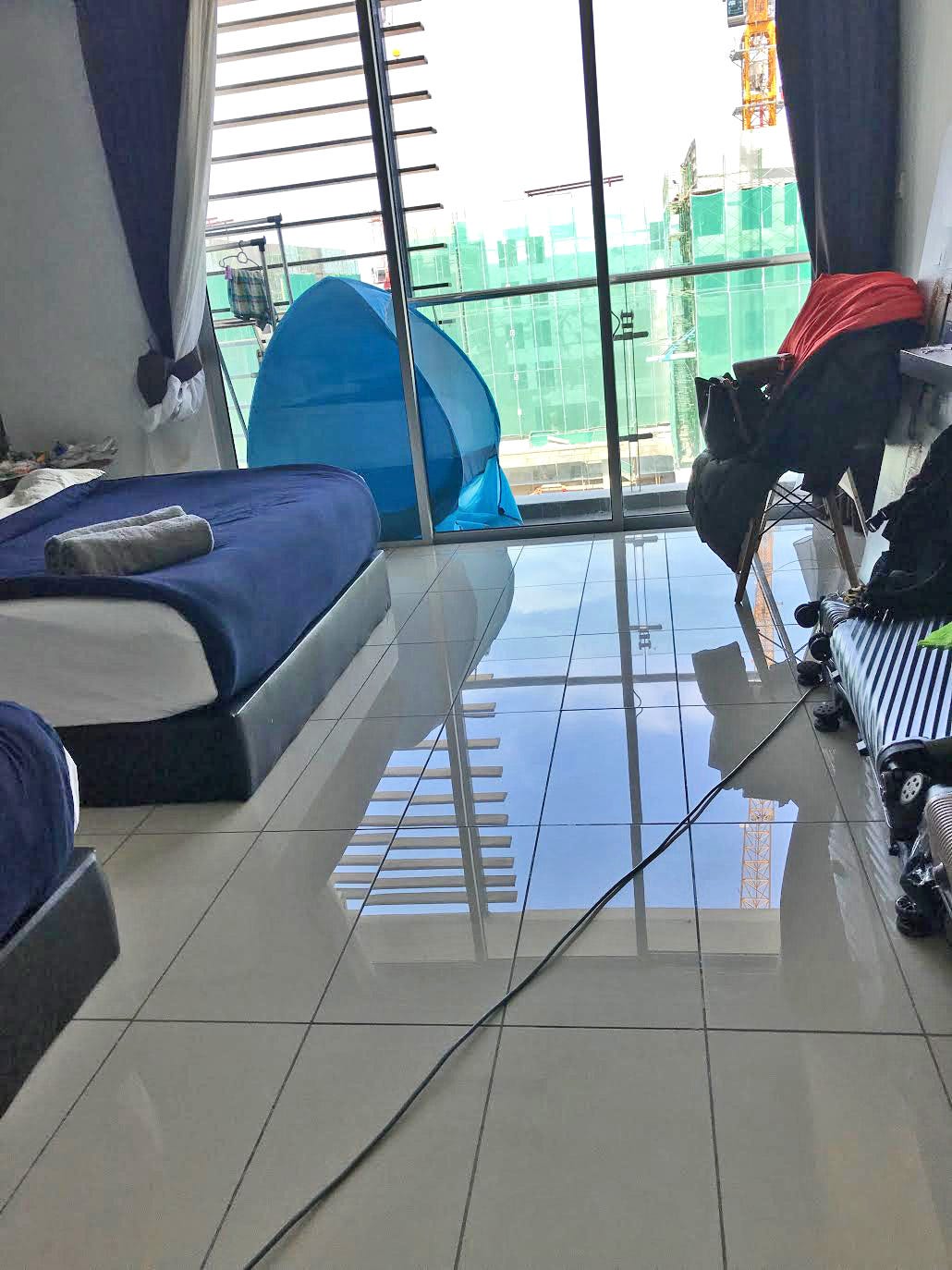 Courtesy of Imani BashirOne of the five hotel rooms the family had throughout their extended stay in Malaysia.

Our vacation was meant to be one week long before we returned to our apartment, but on January 23, Wuhan was officially locked down. Everyone we know who left Wuhan for vacation has been unable to go back. I have many teacher friends whose schools were meant to open again this month, and now that has changed to early May.

We heard – through our group chats with people who had been living in China during the SARS outbreak and remembered how it was handled – that it was more than likely that planes would not be flying back into China, let alone Wuhan.

It was actually easier to keep up with our loved ones while in Malaysia, because China blocks American internet services including Google, Instagram, and Facebook. The only way to access these sites is by using a VPN, which is illegal in China – so being stuck in Malaysia helped us better keep up with the pulse of what was going on in Wuhan.

After we had been in Malaysia for a month, we decided that we wouldn’t be going back, even though we left an apartment full of our things. In that one month, we had to book five different hotel rooms in the same building, constantly moving all our luggage up or down the floors. Now that luggage is all we have left.

The last of our belongings Courtesy of Imani BashirThe vacation luggage is all that the family has left of their belongings.

Thankfully, I travel with our important documents in the event someone needs to go to the doctor and because my son and I have different last names. But back in Wuhan, we’d left the majority of our clothes, my son’s toys, my husband’s wallet, and our pots and pans. (The good thing about China is most apartments come fully furnished.)

I told my landlady to give it all away. There are plenty of children who would probably love my son’s toys. We aren’t so attached to the stuff, especially with how severe the situation has been. Our attitude has been “damn the stuff – we’re healthy and together.”

Taking care of our son 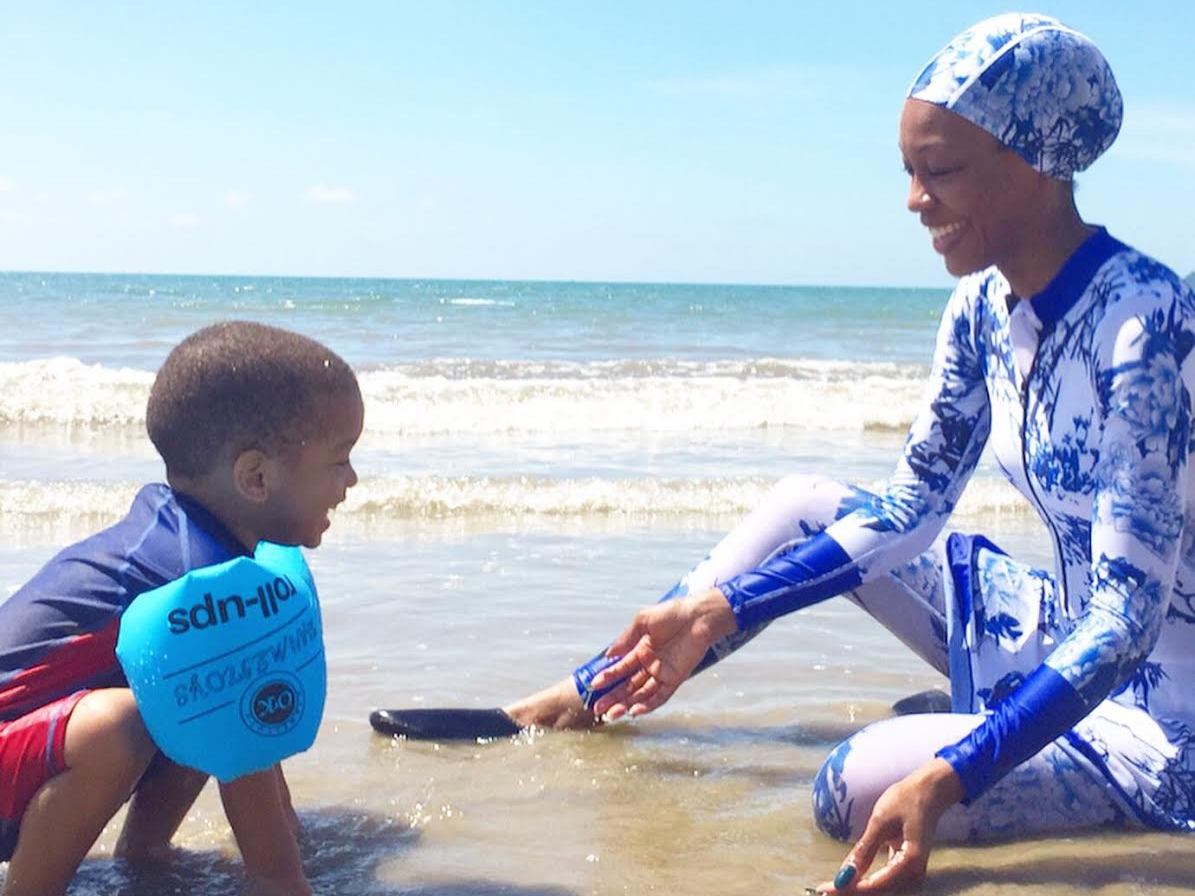 Courtesy of Imani BashirBashir and her son at the beach near their hotel in Malaysia.

We were very vigilant in taking our son only to play areas that did screenings on all kids and adults, including taking people’s temperatures and using hand sanitizer.

My son did at one point have a dry cough, and it freaked me out. We took him to an infirmary, and the doctor confirmed it wasn’t anything severe. We concluded it probably had to do with the drastic change in the weather (cold in China, hot in Malaysia) and my son being a bit dehydrated. 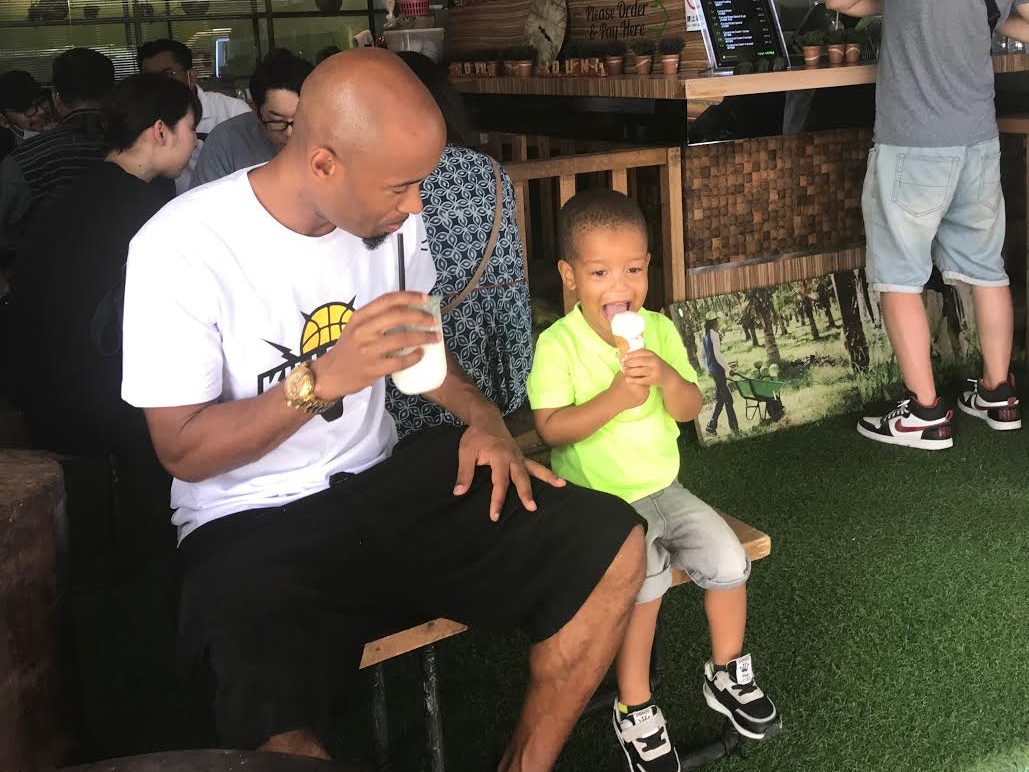 As a freelance writer, I don’t have a steady income. I never know exactly when a deposit is going to hit, so we typically depend on my husband’s salary as a more consistent way to live. Unfortunately, because of the coronavirus, his contract in China had to end much earlier, causing us to rely heavily on our savings and burn a hole through it very fast.

We’re no longer in Malaysia. We spent four days in Singapore, and then rather than waiting to find out the likelihood of being able to return to China, my husband decided to take a new job in a new country: the Czech Republic.

Right now my husband and son are in the Czech Republic, and I just landed back in the US for a speaking engagement. I’ll join them within a couple of weeks.

Refusing to live in fear 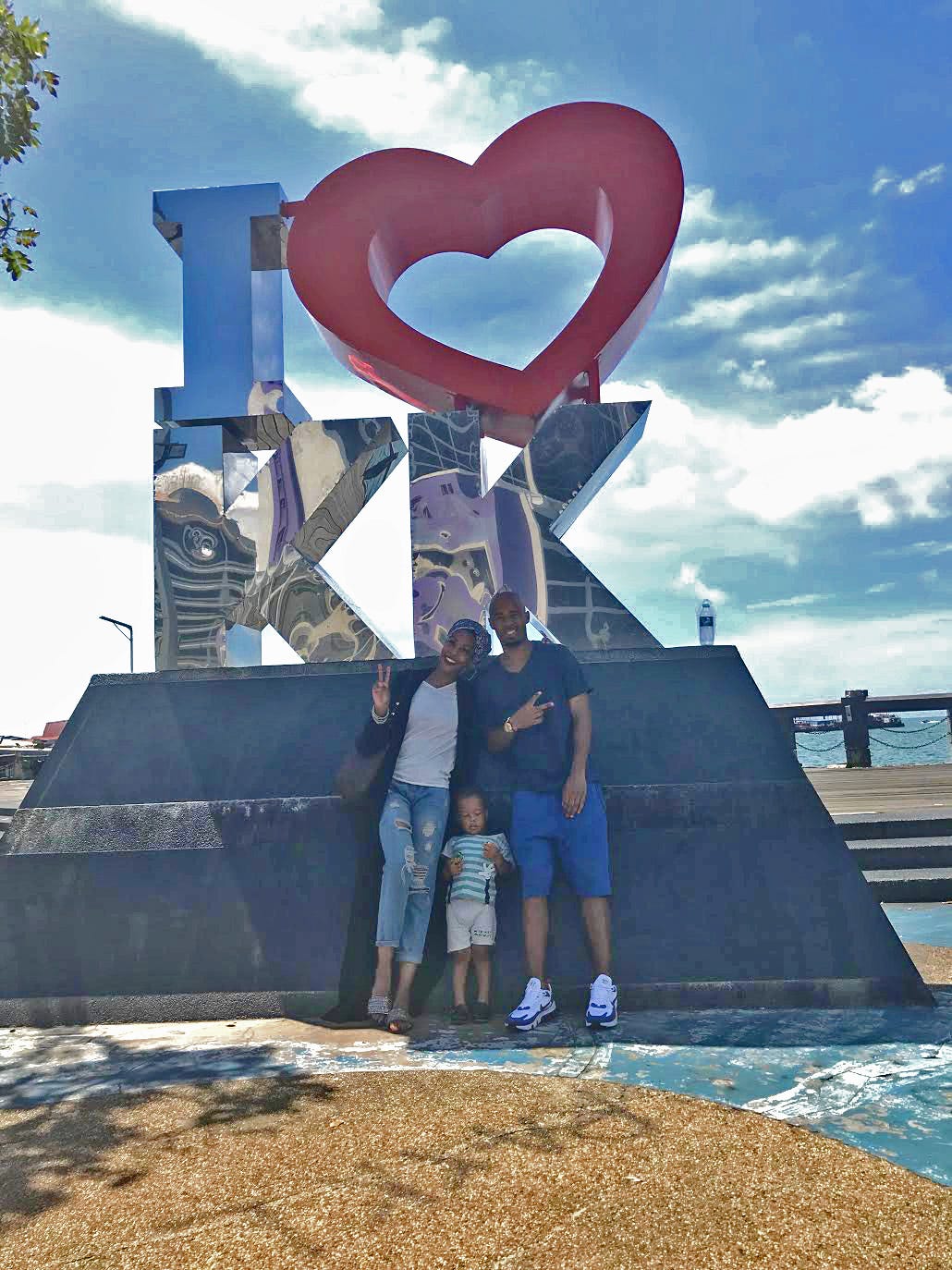 Courtesy of Imani BashirThe family at a tourist attraction in Kota Kinabalu, Malaysia.

At the beginning, [knowing we couldn’t get back to Wuhan] was nerve-racking because this was our home where we created a life with our child. He was only a year old when we came back to China the second time, and now he just turned 3. He’s full of life and energy, and as a mum, I legitimately don’t have the time to sit and worry or be afraid. He’s a nonstop kind of kid who just wants to play.

Our main goal now is securing our savings that were depleted in this ordeal, and showing up for our little one day-to-day as he continues to grow.