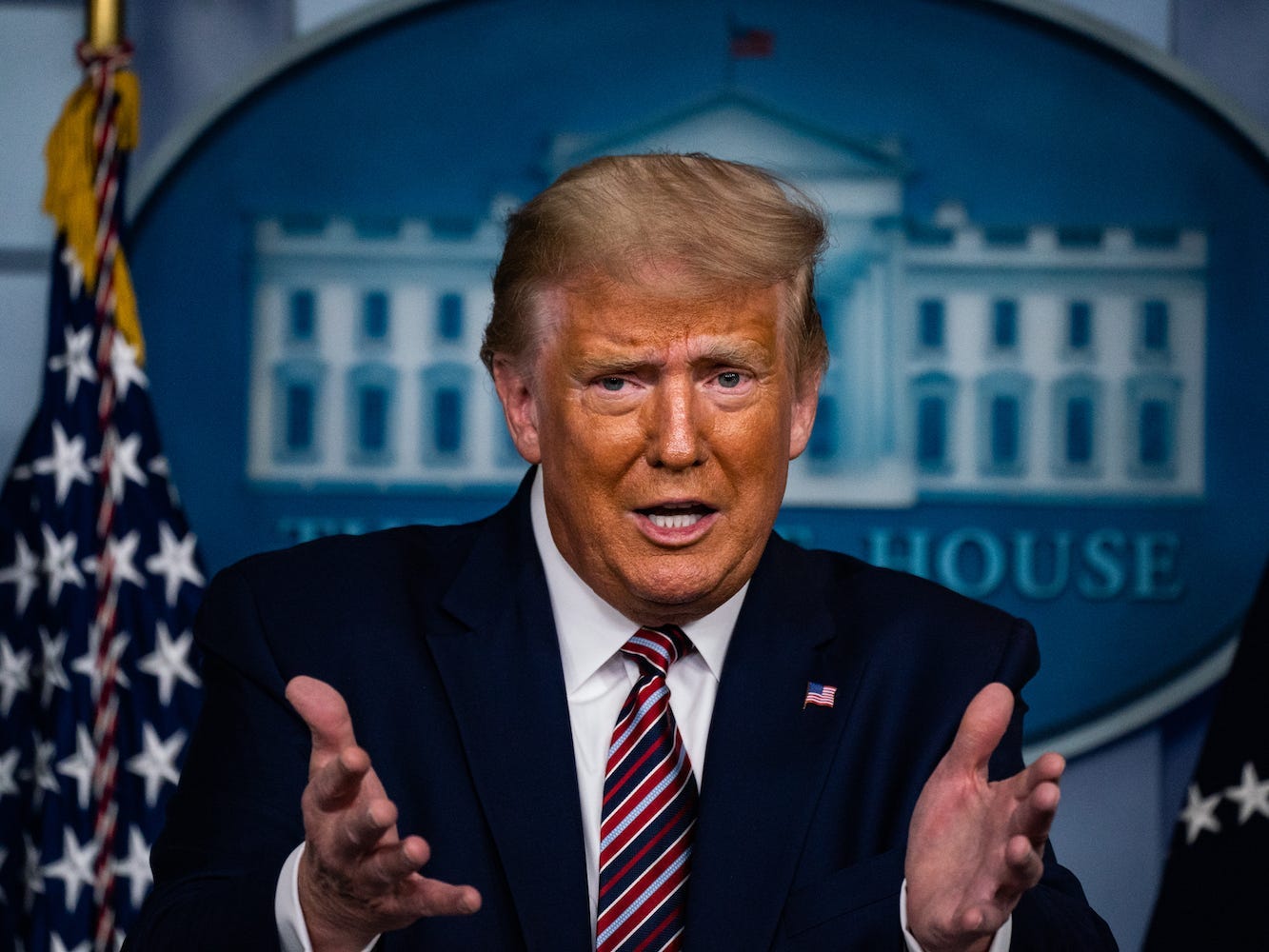 Salwan Georges/The Washington Post via Getty ImagesPresident Donald Trump wants to lower drug prices and end surprise medical bills. But millions of people could lose health insurance under a lawsuit that threatens to throw out the Affordable Care Act.

President Donald Trump is trying to reset the narrative on healthcare as he gets closer to Election Day. He signed a slew of executive orders in recent weeks meant to lower drug prices, preserve coverage for people with pre-existing conditions, and protect patients from getting massive medical bills.

Most of these executive orders are toothless without Congress, but the actions underscore the president’s eagerness to make inroads on healthcare, an issue that Democratic challenger Joe Biden is aggressively running on.


POWER PLAYERS: The 25 people to watch for how Joe Biden and Kamala Harris could transform healthcare

Biden frequently blasts Trump for supporting a lawsuit that threatens to throw out the Affordable Care Act, former President Barack Obama’s signature healthcare law. The Supreme Court is expected to take up the lawsuit just one week after Election Day.

By then, it’s possible that Trump’s nominee to the Supreme Court, Judge Amy Coney Barrett, would have been confirmed by the Republican-controlled Senate. Barrett has criticised past legal decisions that upheld the ACA, leaving Democrats deeply concerned that she would rule in favour of gutting it.

More than 20 million people would lose health insurance if that were to happen. Millions more would be in danger of having a health insurer deny coverage for a pre-existing illness. All the while, the US economy and its healthcare system continues to struggle against the coronavirus pandemic.

To help give some insight into Trump’s months ahead, and into a second term, Insider has exclusively assembled a list of the key players who have the president’s ear on healthcare, available exclusively to subscribers.


Read more:
Meet the 24 most powerful people advising Trump on healthcare as the president vies for a second term

As we thought about our list, we took a look at the people who shaped the administration’s changes to the ACA. We also examined other initiatives the Trump administration took on, including on price transparency, drug pricing, the opioid crisis, HIV, and kidney care.

Some of the people influencing Trump on healthcare are frequently on the airwaves, including Vice President Mike Pence, Health and Human Services Secretary Alex Azar, and Centres for Medicare and Medicaid Services Administrator Seema Verma.

But others on our list are people who’ve been working behind the scenes â€” leaders in the White House who are involved in the fine details of policy making. There are also people outside the White House who’ve been heavily influential in shaping the way congressional Republicans think about healthcare and in making recommendations for executive orders.

Should Trump take the White House for a second term, these experts would shape how the US emerges from the coronavirus pandemic and how lawmakers next tackle healthcare reform.