Trump's enablers: Meet the 125 people and institutions most responsible for his rise to power 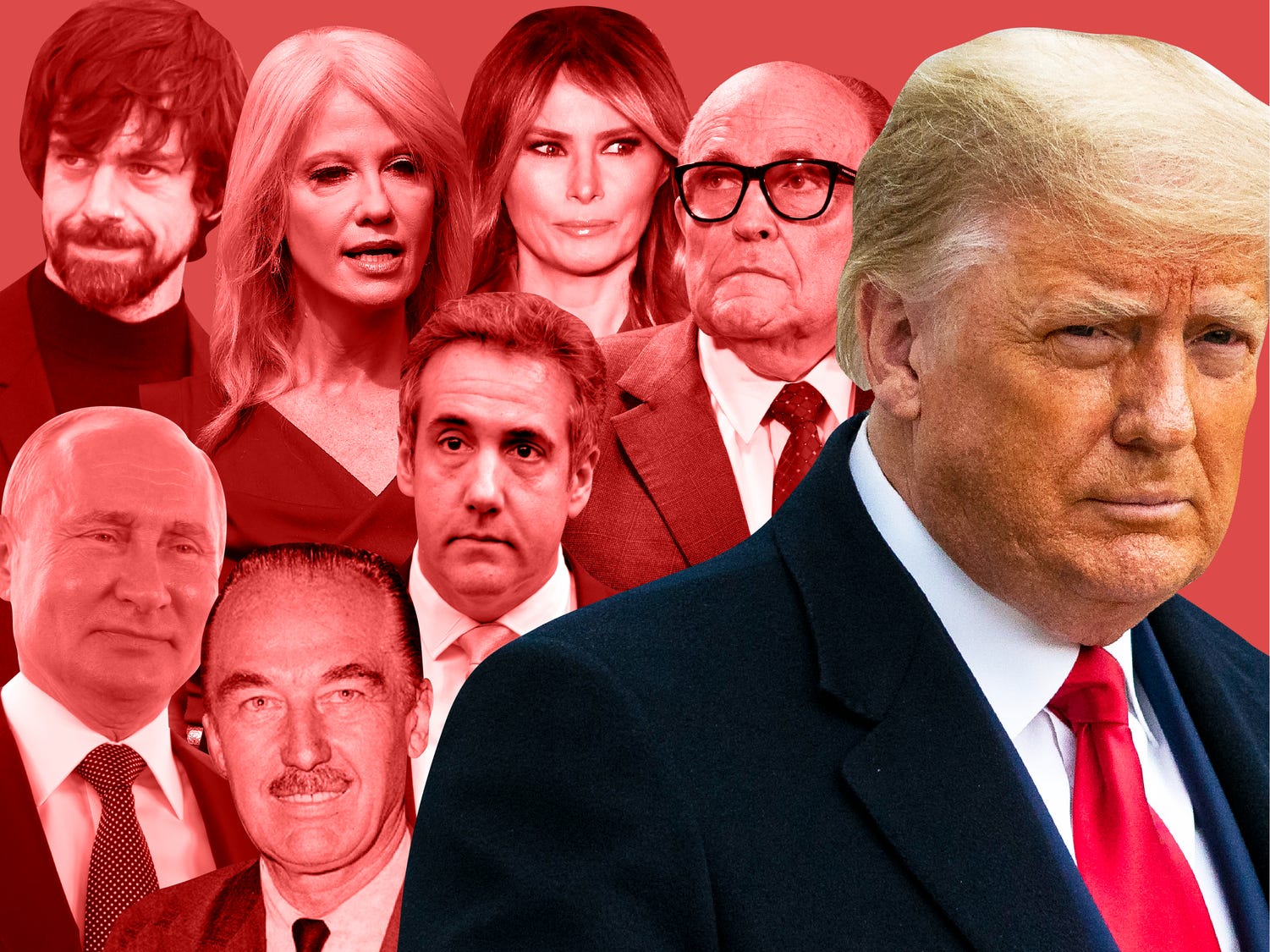 Early in his career his family supported him. A coterie of New York businessmen and lawyers helped him become a dealmaking tabloid fixture. Media moguls did their part by making Trump an international celebrity.

Trump was a one-man band atop his campaign when he became the 45th president of the United States, but there were many in his staff playing indispensable roles while he served as the most powerful person on the planet for four years.

Which brings us to this Insider project. No president has been like Trump. He broke norms. He tested the Constitution. He got impeached twice. It was a whirlwind unlike anything in US history, hence our attempt to build a searchable database to better understand the people and organizations that helped make Trump Trump.

You can view the full database here.