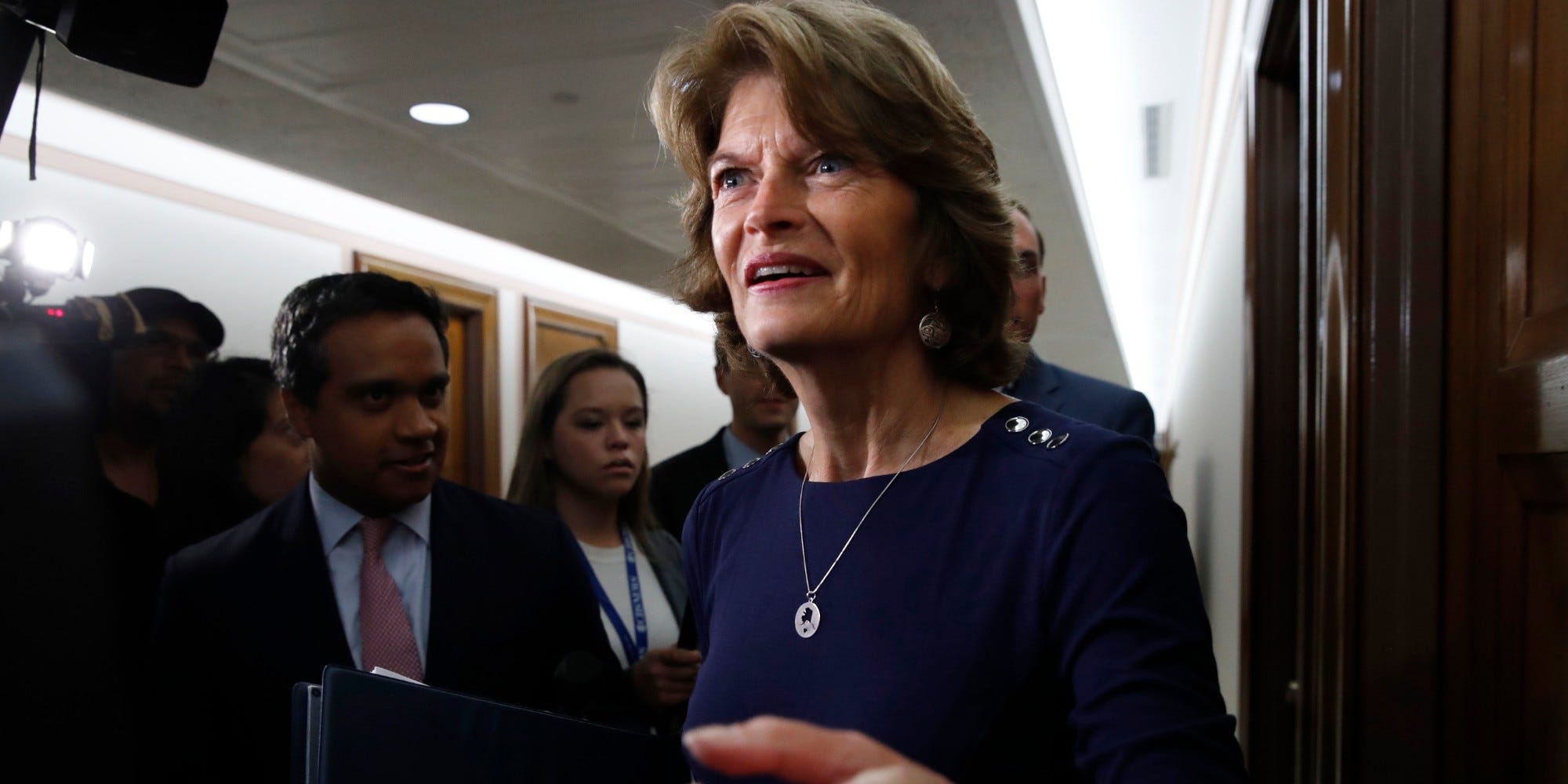 Republican Senator Lisa Murkowski of Alaska confirmed on Friday hours before the death of Supreme Court Justice Ruth Bader Ginsberg that she is opposed to filling a Supreme Court vacancy before the 2020 presidential election.

The sudden death of Ginsberg at age 87 from cancer on Friday sets up a high-stakes and likely bitter fight over her replacement in the US Senate, a fight where Murkowski could play a pivotal role.

Murkowski first said in early August that she believed that the president and the Senate attempting to replace a Supreme Court Justice in 2020 would be “a double standard” and she “would not support it,” The Hill’s Alex Bolton reported at the time.

On Friday, before Ginsburg’s death was announced, Murkowski confirmed to Alaska Public Media’s Casey Groves that she wouldn’t personally vote to confirm a Supreme Court Justice until after the November 3 election.

“I would not vote to confirm a Supreme Court nominee. We are 50 some days away from an election,” Murkowski told the outlet.

Murkowski released a statement after the announcement of Ginsberg mourning her passing.

My statement after hearing of the passing of Justice of United States Supreme Court Justice Ruth Bader Ginsburg: pic.twitter.com/1zhWSH5hhg

Shortly after Ginsberg’s death was announced, Senate Majority Leader Mitch McConnell of Kentucky confirmed that he would hold a vote to confirm President Donald Trump’s nominee to replace her, a major reversal from his previous stance in 2016.

After the death of Justice Antonin Scalia in February 2016, the Republican-controlled US Senate, led by McConnell then too, refused to hold confirmation proceedings for then-President Barack Obama’s Supreme Court nominee Merrick Garland.

The Senate held the seat open until the election of President Donald Trump, who nominated Justice Neil Gorsuch to Scalia’s seat.

The US Senate is currently comprised of 53 Republicans, 45 Democrats, and two Independents who caucus with Democrats.

Also on Friday, Murkowski’s Republican colleague Sen. Susan Collins of Maine, currently facing a tough reelection fight, told The New York Times’ Jonathan Martin that she wouldn’t support filling the vacancy before the election or in a lame-duck session if Trump were defeated.

News: @SenatorCollins told me earlier this month in Maine that she would not seat a Supreme Court justice in October.

“I think that’s too close, I really do,” she said.

She said she’d also oppose seating a justice in the lame duck if there’s a change in presidents.

Murkowski has built a reputation as somewhat of a maverick willing to cross party lines. Murkowski and Collins both bucked their party to vote against an attempted repeal of the Affordable Care Act led by Repblicans in 2017, and in 2018, Murkowski voted “present” on the confirmation of Justice Brett Kavanaugh, who was accused of committing multiple acts of sexual misconduct.