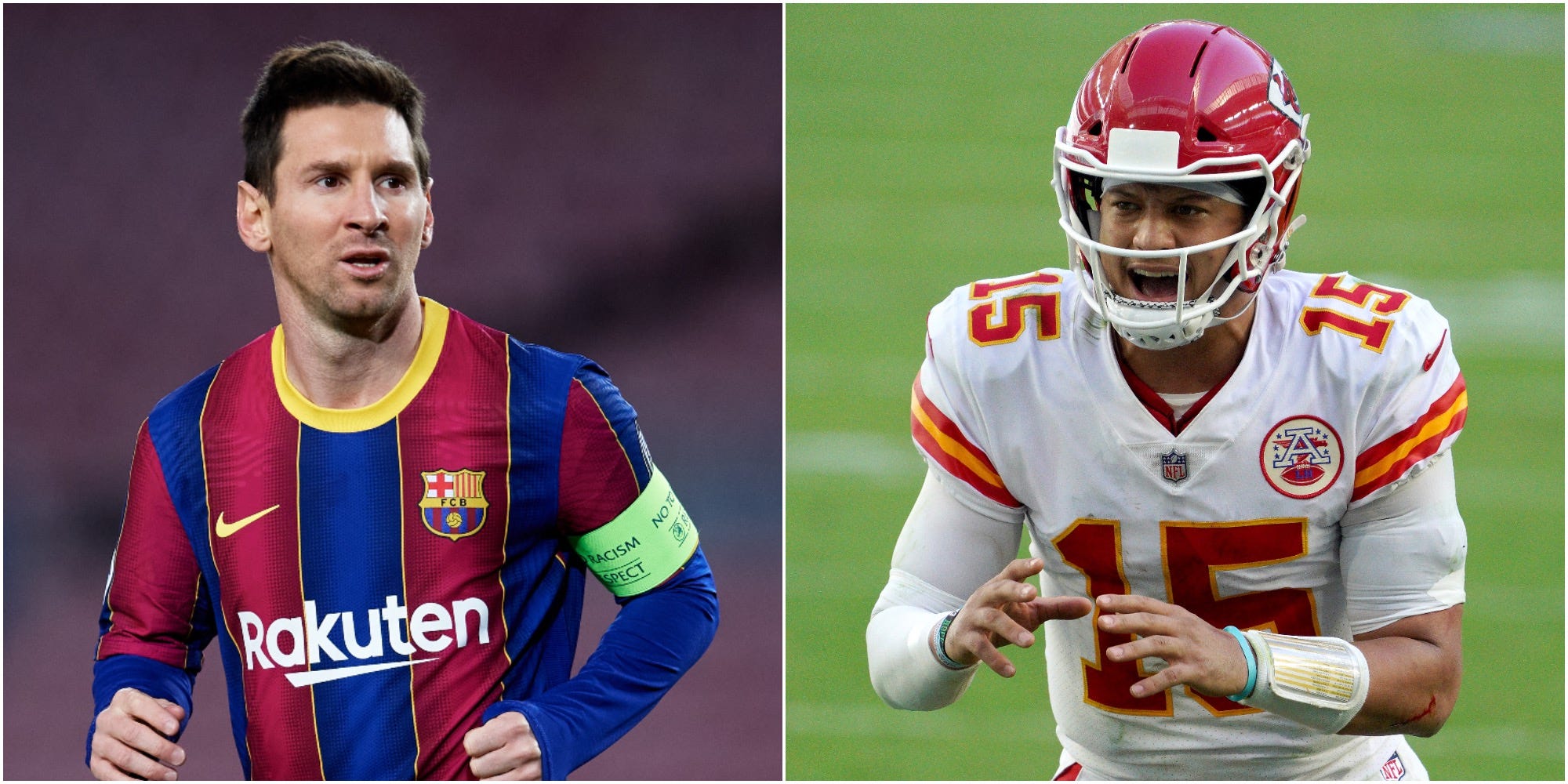 On Sunday, Spanish newspaper El Mundo published documents relating to Messi’s most recent Barca deal, which was signed in 2017, and runs for four years until June 2021.

The report claims the deal to be worth â’¬555 million ($US670 million) once all add-ons are met, making it the most lucrative contract ever signed by an athlete, superseding the deal signed by Mahomes last year.

In September 2020, Mahomes put pen-to-paper on a 10-year contract with the Chiefs worth a record-breaking $US503 million, a contract at the time thought to be the most lucrative ever, superseding a 12-year, $US426.5 million deal Mike Trout signed in 2019.

It was reported at the time that Mahomes’ contract is so big that the Chiefs insured it against the prospect of him sustaining a serious injury.

However, now that details of Messi’s deal are out in the open, it seems Mahomes is no longer the best-paid athlete in sports.

Not only is Messi’s deal richer on a gross basis, it is also orders of magnitude larger on an annual basis.

On a simple annual breakdown, Messi’s four-year deal is worth over three times the amount of Mahomes’ contract, with the Argentine taking home $US167.5 million each year compared to Mahomes’ $US50.3 million.

Messi’s annual salary is also over four times that of Los Angeles Lakers’ star LeBron James, who earns $US39 million each year.

El Mundo’s report on Messi came just days after it published a piece claiming that Barcelona is $US1.4 billion in debton the “verge on bankruptcy.”

In it’s report on Messi’s contract, the Spanish paper suggested the 33-year-old’s mega-money deal have helped “ruin” Barcelona’s finances â€” a suggestion refuted by the club.

Barcelona said on Sunday it will sue El Mundo for leaking details of the contract.