Graham while criticising Trump's impeachment trial: 'I don't know how Kamala Harris doesn't get impeached if the Republicans take over the House' 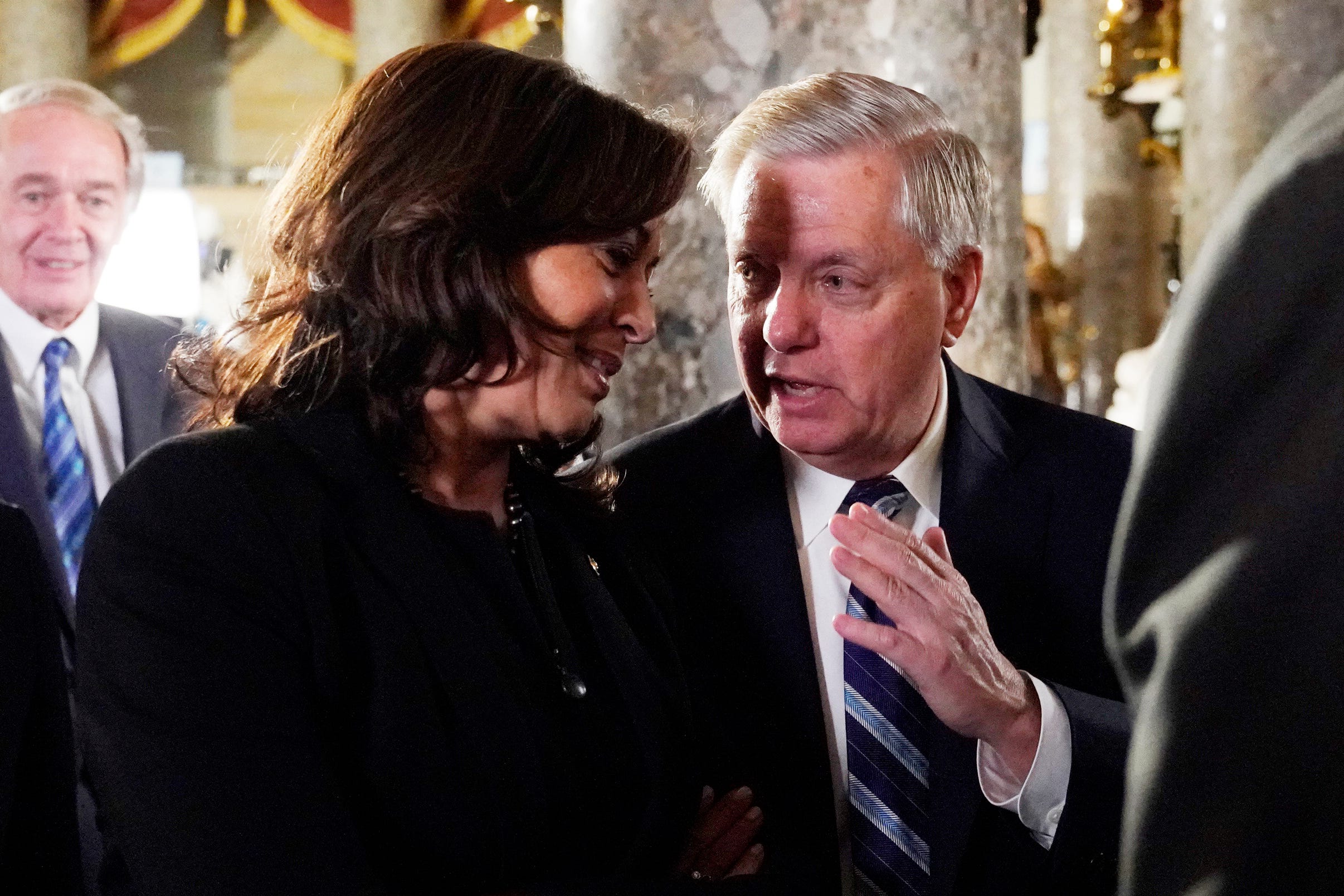 During an appearance on “Fox News Sunday,” Graham harshly criticised the trial record, calling it a “joke,” before pivoting to Harris, a former US senator for California who has been in her new position for less than a month.

Graham, who was one of the 43 Republican senators that voted to acquit the former president, on Saturday said“the case presented to the Senate by the House Managers was based on hearsay after hearsay combined with media reports.”

“We’ve opened Pandora’s box to future presidents,” Graham expressed on Fox News. “If you use this model, I don’t know how Kamala Harris doesn’t get impeached if the Republicans take over the House because she actually bailed out rioters and one of the rioters went back to the streets and broke somebody’s head open. We’ve opened Pandora’s box here and I’m sad for the country.”

Lindsey Graham suggests Kamala Harris will be impeached if Republicans take back the House next year pic.twitter.com/J68Or4k1la

Graham is making an unsubstantiated connection between Harris’s support of the Minnesota Freedom Fund, a nonprofit organisation that assists low-income individuals who need money for bail, and the rioting that occurred in the state after the killing of George Floyd in Minneapolis last year.

After Harris asked her Twitter followers “to help post bail for those protesting on the ground in Minnesota,” Trump and Republicans like Sen. Tom Cotton of Arkansas tried to conflate peaceful demonstrators fighting for racial justice with those who were actually rioting in the streets.

According to The Washington Post, few of the protesters actually needed assistance from the Minnesota Freedom Fund, and roughly 92 per cent of the people charged during the protests weren’t required to post bail.