Lindsay Lohan gave Meghan Markle and Prince Harry advice on dealing with the paparazzi in LA: 'It's really hard to do anything publicly' 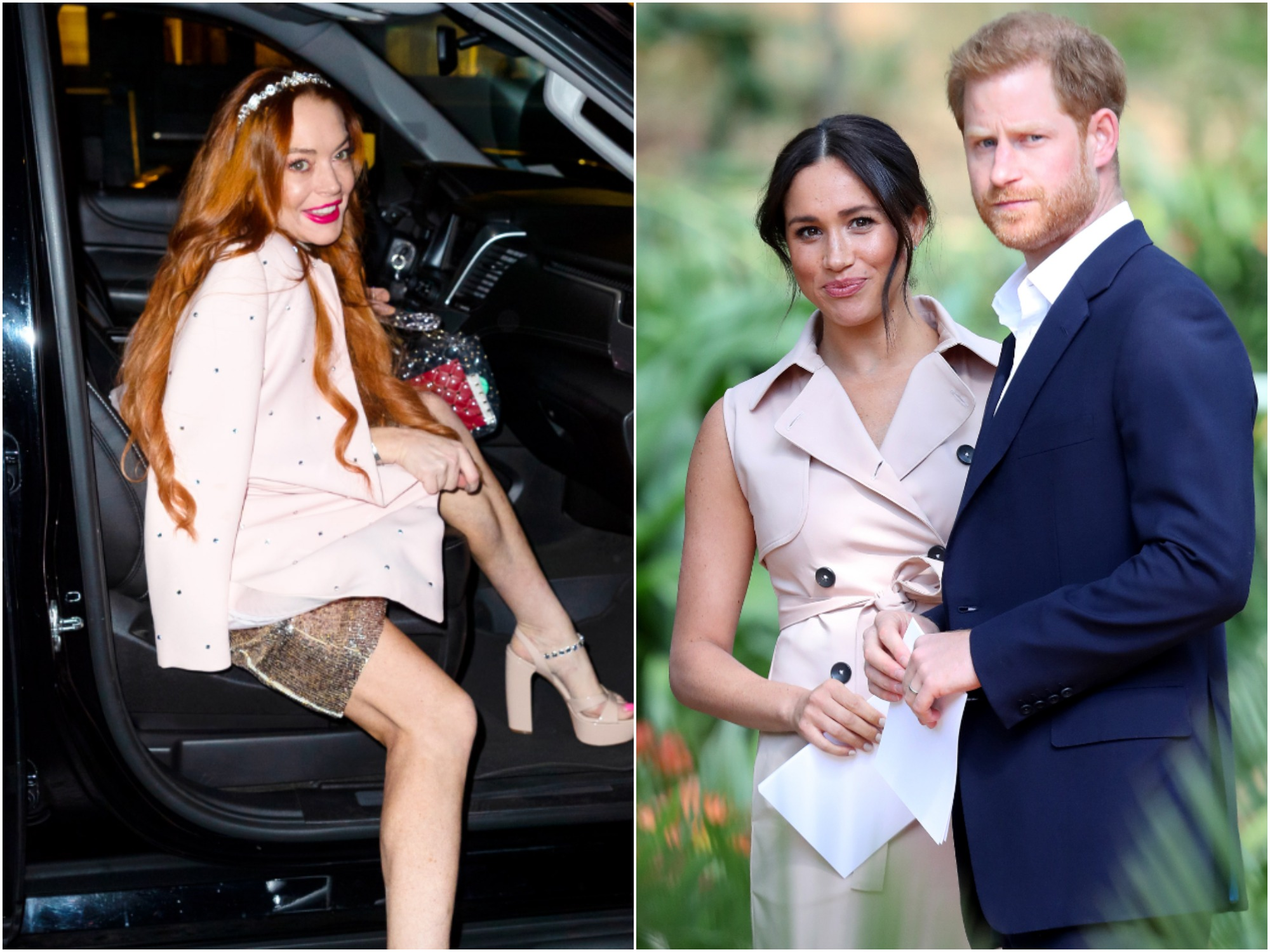 Lindsay Lohan has offered the Duke and Duchess of Sussex some words of wisdom on dealing with the paparazzi in their new home, Los Angeles.

During an appearance on Andy Cohen’s SiriusXM show Radio Andy, the actress was asked whether she had any advice for the couple, who reportedly chose the Malibu area to relocate to after previously living in Vancouver Island in Canada since last year.

“I mean, unless they own a different private beach, right?” Lohan said.

“You can’t go to those beaches – you can’t even surf out far enough … It’s just really hard to do anything publicly there,” she added.

Cohan added that Malibu residents Cher and Barbra Streisand manage to maintain their privacy despite the waiting cameras.

“The timing right now, luckily everyone is more at home,” she said. “But once that’s over, get drivers.”

The couple reportedly flew to California with their son, Archie, right before Canada’s border closure in March. The couple have since been photographed out and about wearing masks in West Hollywood while delivering food to vulnerable residents.