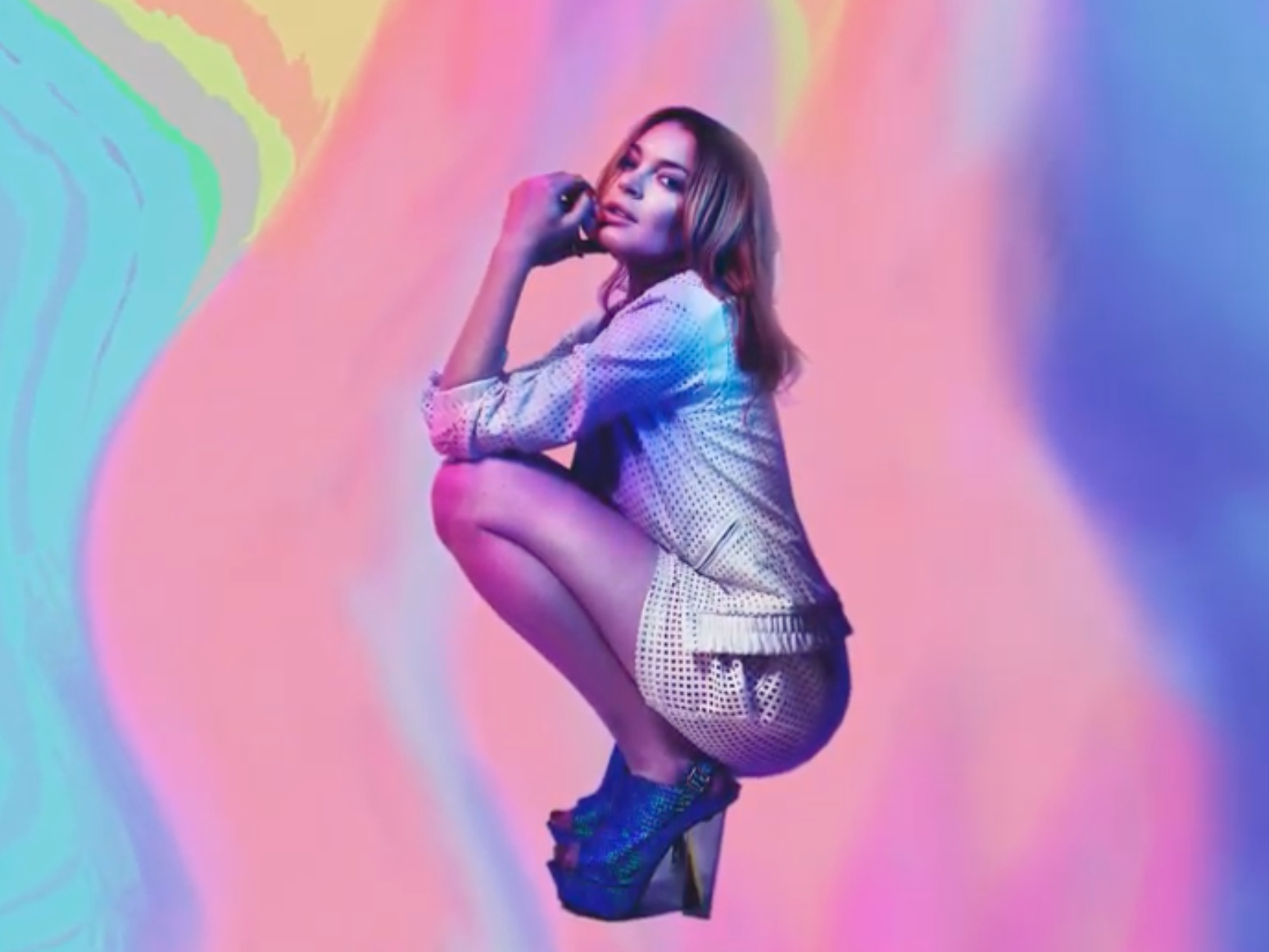 While everyone is cooped up in their apartments and houses, Lindsay Lohan is resurrecting her pop career and bringing musical relief to the masses.

On Tuesday, the 33-year-old actress and beach club mogul made the announcement with a cryptic tweet and a rather ominous promotional video. In the video, which appears to take place in some kind of underground bunker, an old-fashioned TV set plays a news segment titled “Evolution of Lindsay Lohan.” Clips of Lohan dancing her signature shimmy and shielding herself the paparazzi whiz across the screen, until the TV overheats and combusts.

“I’m back,” Lohan triumphantly declares in a voiceover at the end of the video.

The following day, Lohan shared an official snippet from the forthcoming single: “Back to Me,” a song about “rediscovering and accepting oneself, shutting out the noise and moving forward and letting the past go.”

The snippet is only 18-seconds long, but it does contain the lyrics: “Oh but I know that everything changes, all things turn to basics, now I’m coming back, I’m coming back to me.” The track is set to debut in full on Friday, April 3.

The song is about rediscovering and accepting oneself, shutting out the noise and moving forward and letting the past go. Living in the now. “Back To Me” is out on Friday!

Already, fans are speculating that “Back to Me” could be the same as or similar to “Xanax,” the EDM single and accompanying music video Lohan shared via Instagram TV last year, but never officially released on streaming services.

In addition to featuring Finnish pop star and frequent Charli XCX collaborator Alma, “Xanax” included a sample from Alice Deejay’s 1998 song, “Better Off Alone” as well as the lyrics, “I got social anxiety, but you’re like Xanax to me, yeah.”

“Xanax” painted a picture of Lohan longing to escape a “crowded” club filled with toxic friends and old flames. But in a since-deleted post about the song, Lohan insisted it wasn’t about getting high and making out so much as “the process of moving forward and letting go of the past.”

“To live and be happy, free of fear,” she wrote. “Just to be grateful and open our eyes to our opportunities instead of numbing the mind.”

Lohan has been dropping hints about a third studio album for quite some time, but the tentative release date at the “end of Feb” came and went without a word. But we’re willing to be patient if LL3 turns out to be anything like her 2004 album “Speak,” which included the incomparable bop “Rumours.”

Lindsay Lohan had two amazing albums and certified bops but none of you want to talk about that. pic.twitter.com/bbrgC9Srzi

Some did not share our excitement upon hearing of Lohan’s comeback.

“Now this is the real virus,” one user tweeted in response to the announcement.

But the internet appears to be mostly pleased about the news.

lindsay lohan before tweeting her return to the music industry amidst the global chaos pic.twitter.com/8Regi2F7S3

???? | Lindsay Lohan has tested positive for TALENT-19, according to TMZ. pic.twitter.com/XvpN8iVDiw

Lindsay Lohan reacts to the viral video of her dancing: ‘It’s so embarrassing to me now’