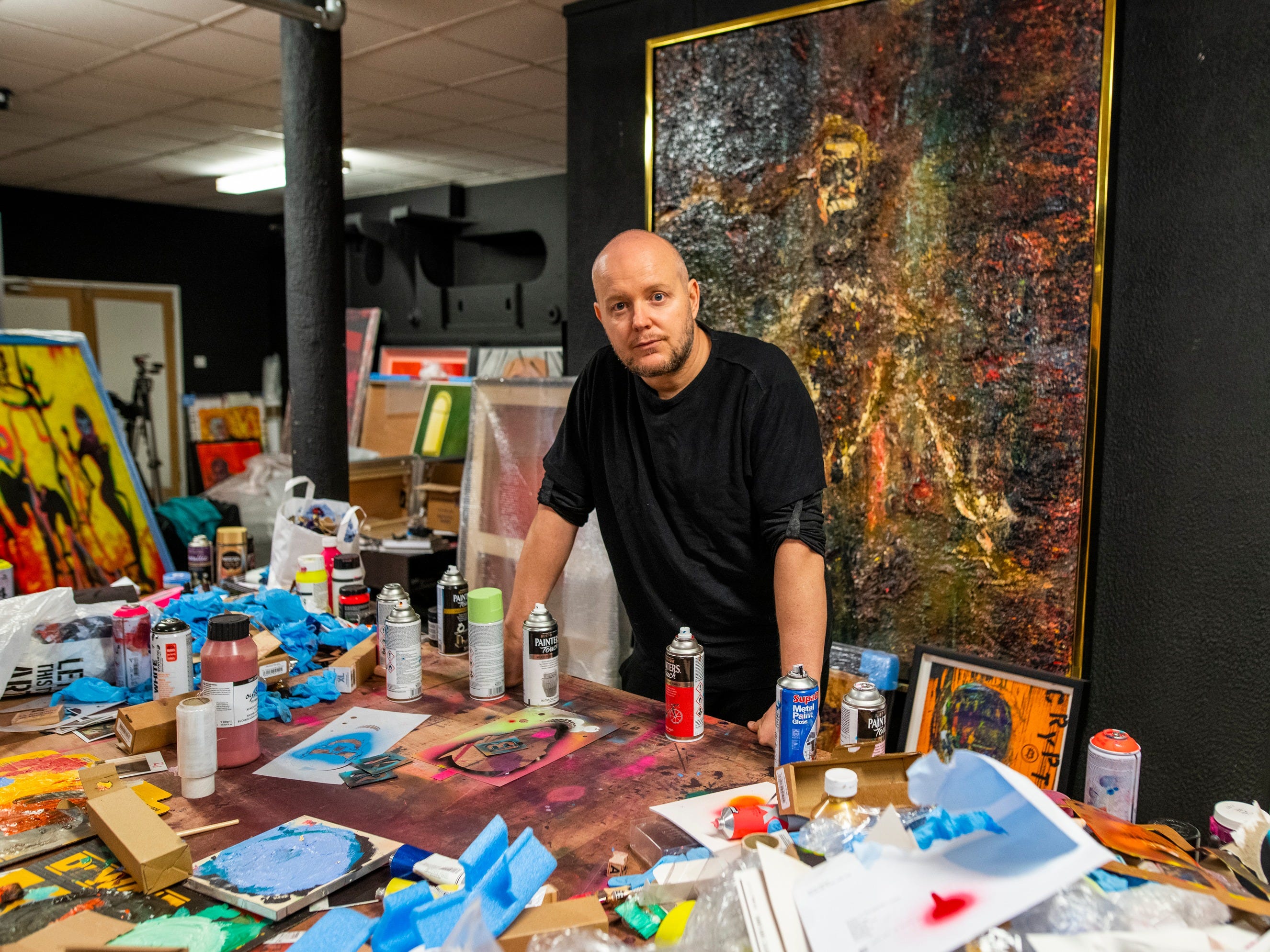 Lincoln Townley is a prominent UK-based contemporary artist, known for his surrealist celebrity portraits of Hollywood royalty like Michael Sheen and Meryl Streep.

Townley quit PR to become an artist eight years ago and is a media regular thanks both to sales of his art and marriage to British soap actress Denise Welch.

Townley has grown in popularity and fame for his expressive figurative oil paintings. In 2016, Sir Michael Caine described him as “the next Andy Warhol” and in 2019 he raked in £1 million ($US1.3 million) from the sale of a single abstract painting.

Now, Townley is launching a new £20 million ($US25 million) collection that will exhibit in the Saatchi Gallery in September.

The Universe collection is inspired by the age of private space travel and features work like ‘First Man on Venus’, which depict “figures look out into the unknown, driving the imagination they need to win and achieve above all others.” 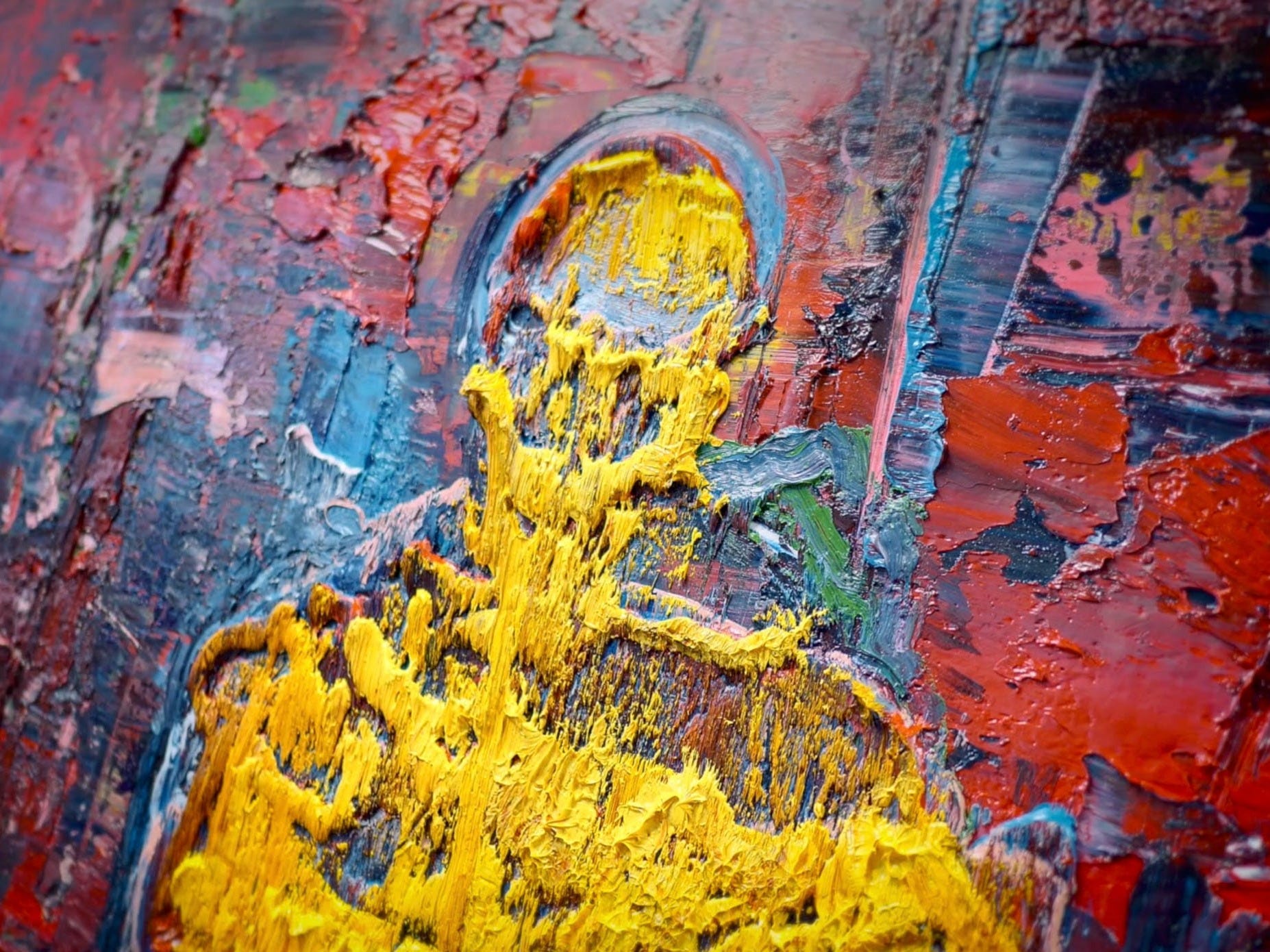 He was inspired to create the collection by the multibillion-dollar space programs of tech tycoons such as Tesla CEO Elon Musk, Virgin’s Richard Branson, and Amazon CEO Jeff Bezos. All three entrepreneurs are pursuing private space travel through their respective companies SpaceX, Virgin Galactic, and Blue Origin.

“I’m intrigued by the likes of Blue Origin with regards to Bezos,” Townley told Business Insider. “I’m interested in what Musk is doing. I’m interested in Branson as well,” adding that he had “done a show” at one of Branson’s properties.

His new collection tries to hold a mirror up to these influential figures.

“I’m actually creating this collection, in effect, not poking these people in the eye, but saying why, with all the problems that we have on Earth, and this is even way before Covid … you want to venture out and spend billions trying to get to Mars when you don’t even know what’s on Mars,” Townley continued. “With all of the power they have, shouldn’t they be turning the power back to saving where we already live?”

He added: “I feel there’s a huge greed factor, and I find that astonishing … In today’s world, there needs to be a darkness to be that successful. And it takes a very narrow-minded approach, genius but narrow-minded. They need to be extremely selfish, and that’s something that’s in the collection.” 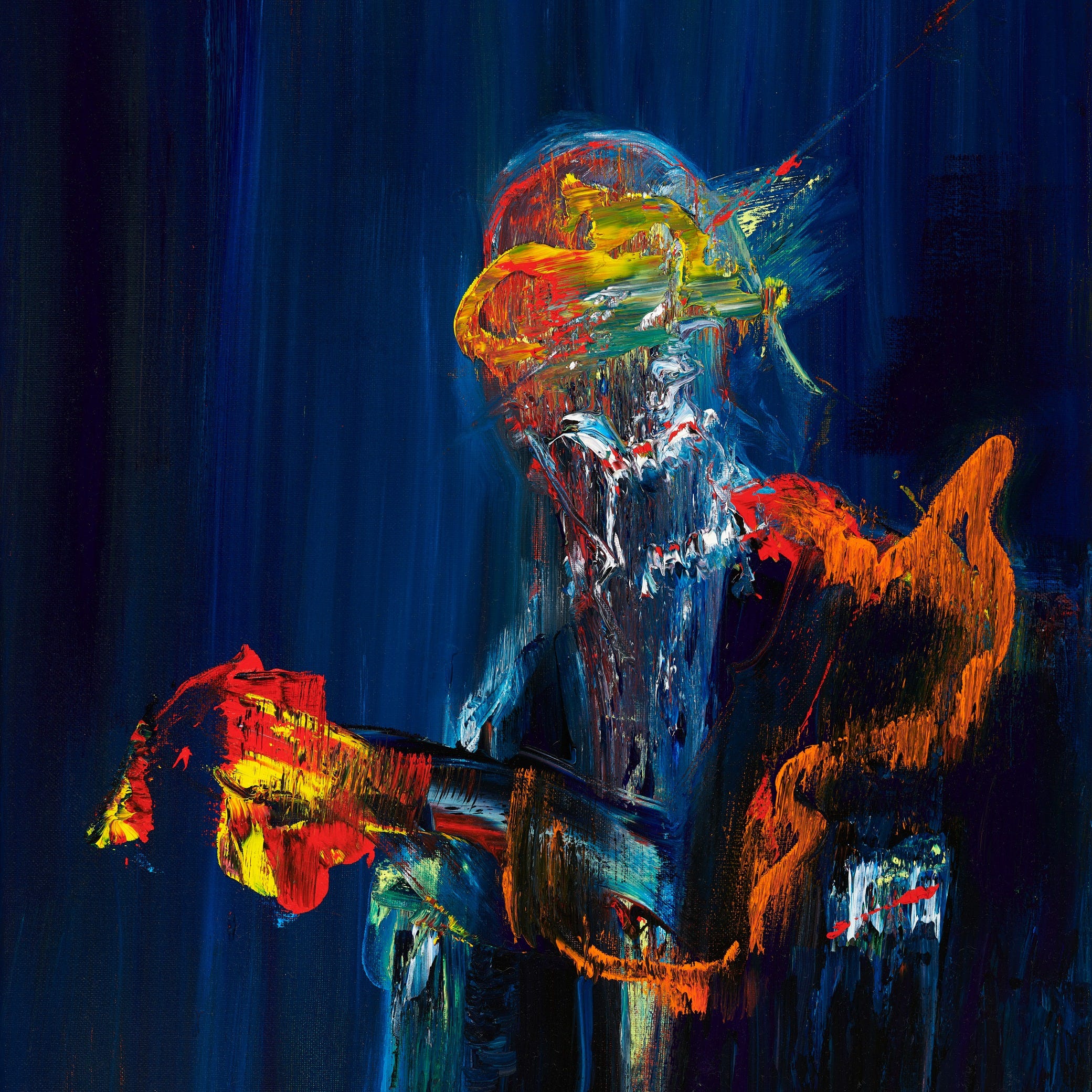 Townley said there is already considerable interest in the collection from his collector base. Many, he said, are wealthy tech figures based in Los Angeles and San Francisco.

Some pieces have already sold, including ‘First Man on Mars’, which was bought by an American energy tycoon. The remaining paintings in the collection are listed at around $US225,000.

Ironically, Townley said, many of his existing clients are the super-rich – bankers and celebrities. His work has long tried to give these people “a poke in the eye”, with previous collections including works entitled ‘Yes Men’ and ‘Devil Banker’.

At a showing in Los Angeles for one of his previous collections, Townley recalled questioning a “very well-known person” about whether he saw himself reflected in the work. The client was taken aback by Townley’s suggestion that the power and ambition in the artwork had anything to do with him. The person bought the painting, Townley said.

“My work, in a nutshell, is what are we willing to go through to succeed,” he said. “I think it’s all to do with greed, self-publicity, a desire to do things that other people cannot do because they haven’t got the funding to do it. And it’s a power thing.”