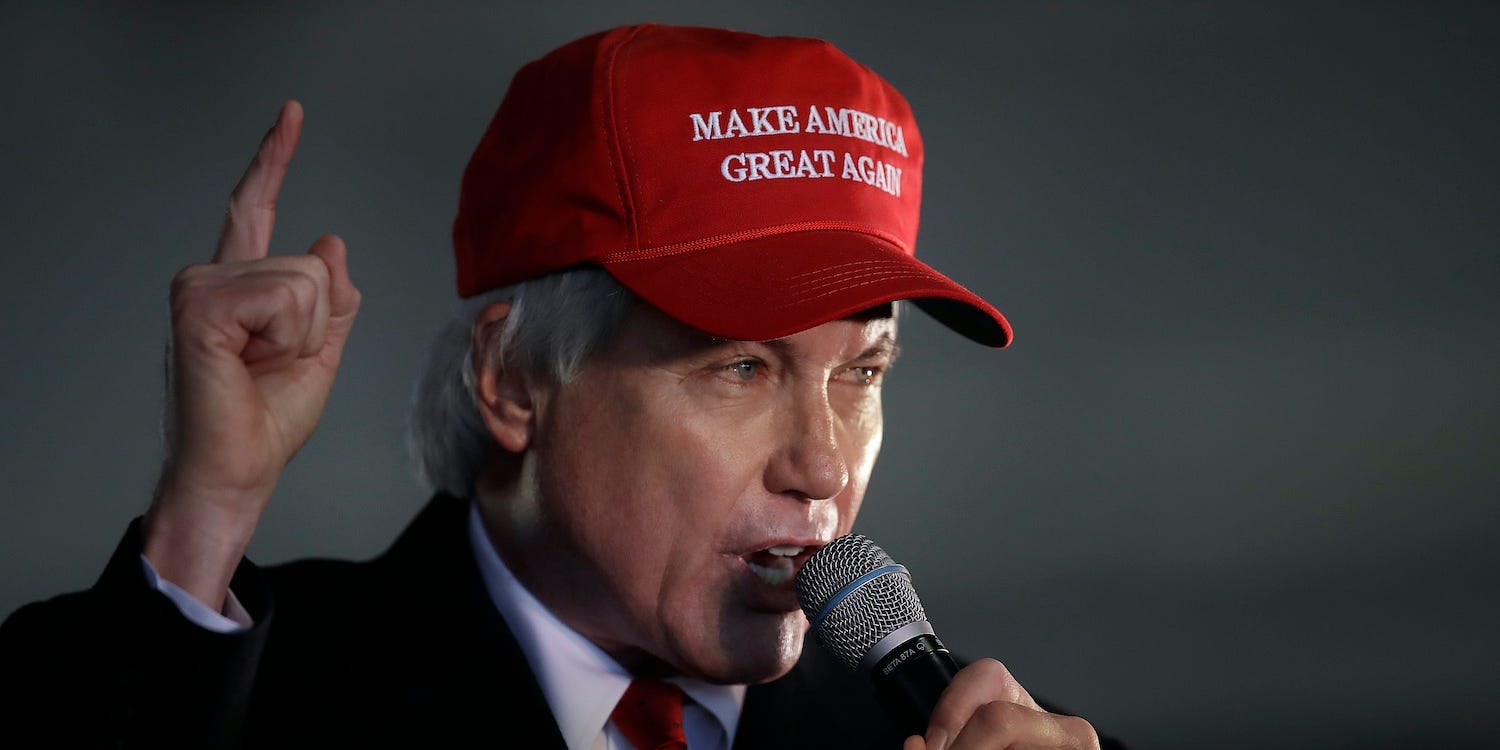 The State Bar of Georgia is working to take disciplinary action against pro-Trump lawyer and conspiracy theorist Lin Wood, he announced on social media Saturday, bemoaning the action and imploring his followers to investigate members of the Bar.

“The State Disciplinary Board of the State Bar of Georgia has received information concerning the above-named attorney that suggests that said attorney may have violated one or more of the Georgia Rules of Professional Conduct,” the grievance, dated February 5 and uploaded by Wood to Dropbox reads.

The State Bar of Georgia did not immediately return Insider’s request for comment Sunday.

Wood, who previously tweeted calling for the arrest and execution of former Vice President Mike Pence ahead of the riot at the US Capitol, shared news of the complaint on his Telegram account Saturday. Wood was been permanently banned from using Twitter after he violated a temporary suspension enacted by the company for inciting violence, as BuzzFeed News reported.

‘Unity’ doesn’t just come from what Biden does. It comes from what he doesn’t do.

Wood was one of several lawyers working on behalf of former President Donald Trump’s effort to overturn the results of the 2020 election. The February 5 complaint noted his espousal of conspiracy theories and his “Frivolous Filings.”

Wood’s sharing of the complaint, which was marked as confidential, was first reported on Twitter by journalist Steven Fowler. Wood uploaded a link to the more than 1,600-page complaint.

In a subsequent post, Wood told his Telegram followers he had the right to challenge the “competency, qualifications, or objectivity of any member of the State Disciplinary Board” within 10 days.

“I could use the help of an Army of Patriots due to the time limitation,” Wood said, sharing a list of the members he said were provided to him by the Georgia Bar.

“The GA State Bar has thrown the kitchen sink at me,” he said.

Wood on Friday had said on Telegram he was representing former Trump lawyer Sidney Powell in Dominion’s $US1.3 billion defamation lawsuit against her, as Forbes reported.

In January, Wood said he would refuse to take a mental health test as requested by the Georgia State Bar to determine his mental competency to continue to serve as an attorney.