Lin-Manuel Miranda is selling $79 framed selfies on his website and is getting roasted for it: 'like the prudest of OnlyFans' Lev Radin/Pacific Press/LightRocket via Getty ImagesLin-Manuel Miranda at the premiere of FX’s ‘Fosse/Verdon.’

Lin-Manuel Miranda fans seeking a little pick-me-up during quarantine are in luck – if they have at least $US20 to spare, one Twitter user discovered.

Tee Rico by Lin-Manuel Miranda, the ‘Hamilton’ creator’s “official artist merchandise site,” according to its about page, is selling prints of Miranda’s photos – including some select selfies.

While prints cost just $US19, a framed photo of the Broadway star goes for $US79. 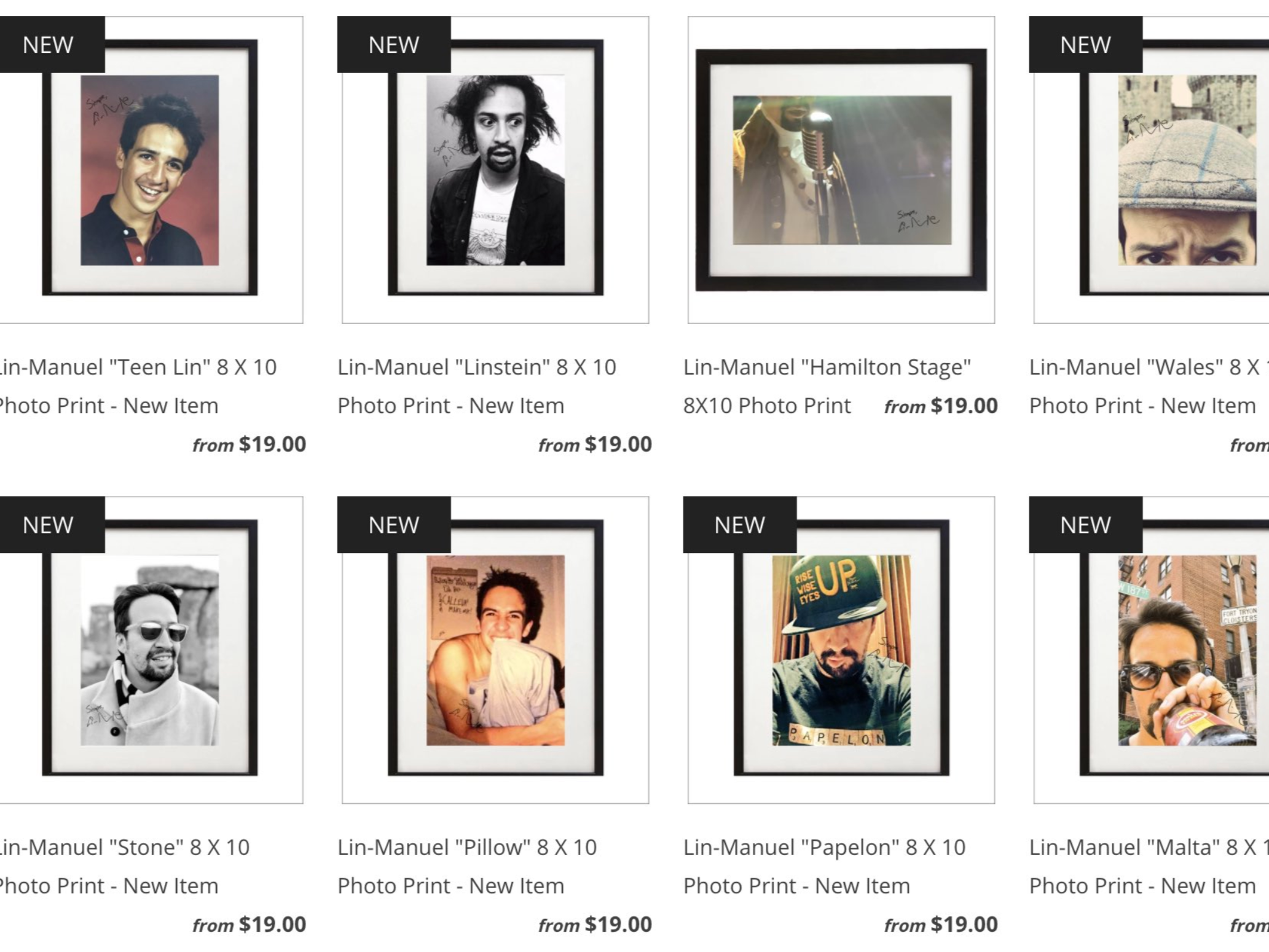 Tee Rico by Lin-Manuel MirandaA framed photo of the Broadway star will set you back $US79.

The nearly $US80 framed photos (and some of the other merchandise on the site) are inspiring ridicule online.

Wagner added that “thank you” cards are also available on the site for those interested in “sending [their] loved one a printed out picture of lin-manuel miranda with no context what so ever.”

also variety of thank you cards. nothing says “thank you” like sending your loved one a printed out picture of lin-manuel miranda with no context what so ever pic.twitter.com/cFXZO20L9E

Another item available on the site, Wagner noted, is a poster in which Miranda sports a #YayHamlet baseball cap, in reference to an old tweet in which Miranda said a woman on the street congratulated him for writing “Hamlet.”

Twitter users quickly descended on the store’s offerings, with one quipping that “theatre kids should never be allowed to get famous.”

“There’s no way this is an official store?? I’m stress sweating thinking about anyone approving this,” one commenter wrote.

“Anyone who has bought any of these should be under 24/7 FBI surveillance but especially the ‘Pillow’ and ‘Teen Lin’ ones,” another commenter said of the photos.

Another critic compared the site’s offerings to a “prudish OnlyFans” account.

According to the website, Tee Rico features products made “by artists and designers that have been close to Lin-Manuel’s life.” All items sold on the site incorporate Miranda’s family dog, Tobi into the design.

A portion of all sales are donated “to worthy causes,” the site says, “such as our artists, charity events, and other programs.”