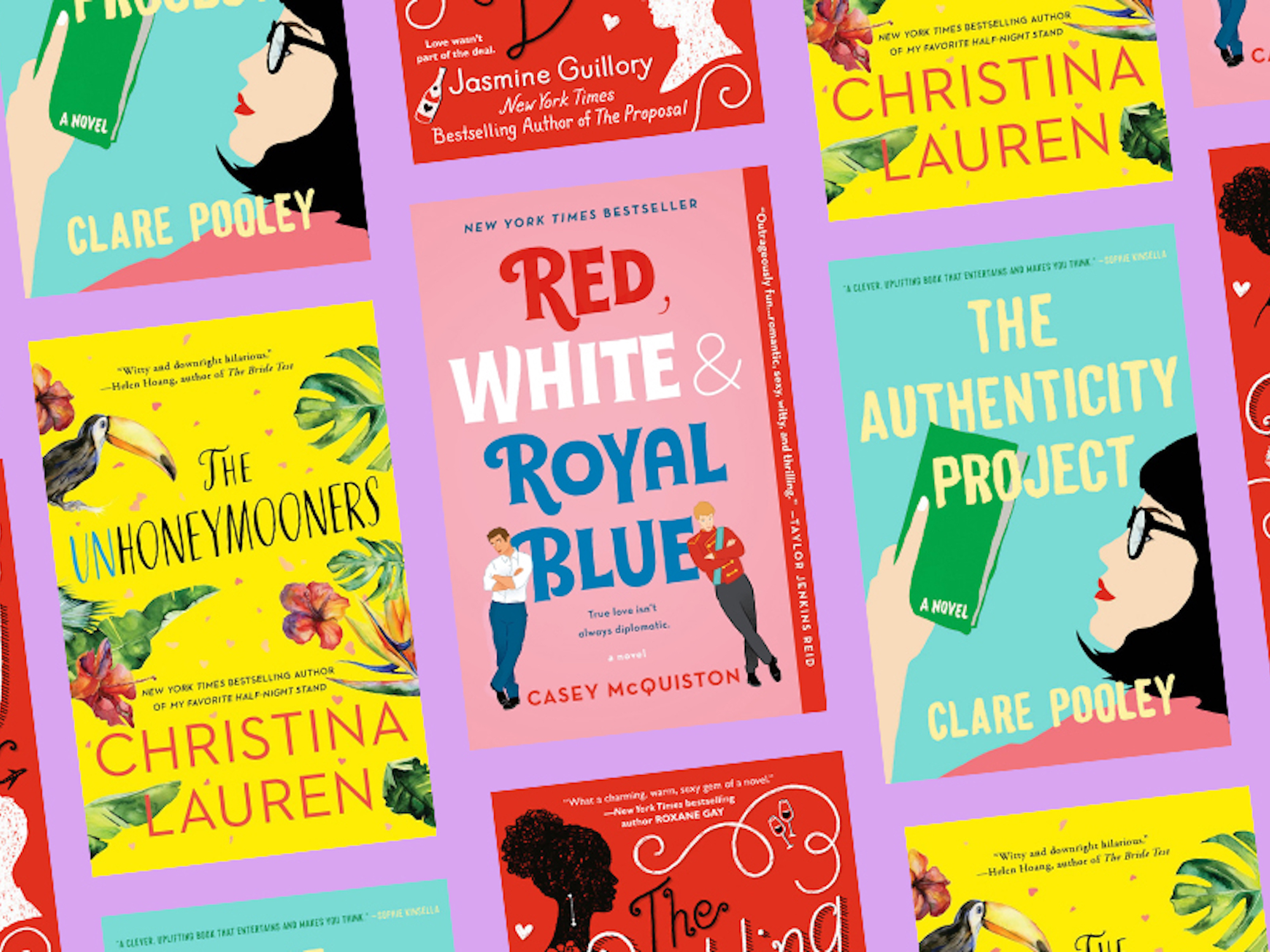 Penguin Random House/Simon and Schuster/MacmillanLight reads can help you relax and pass the time.

Reading is a stress-relieving pastime for many, with the simple act of turning a page allowing bibliophiles to forget the anxieties of the real world.

But some books can actually feel like work to read, particularly if they have complicated plots or dense prose. That’s why light reads are the perfect solution for the burned-out reader, as they offer a fun way to escape from the stress of reality.

Read on to check out some of the best books that can help you relax and escape reality for a little while. 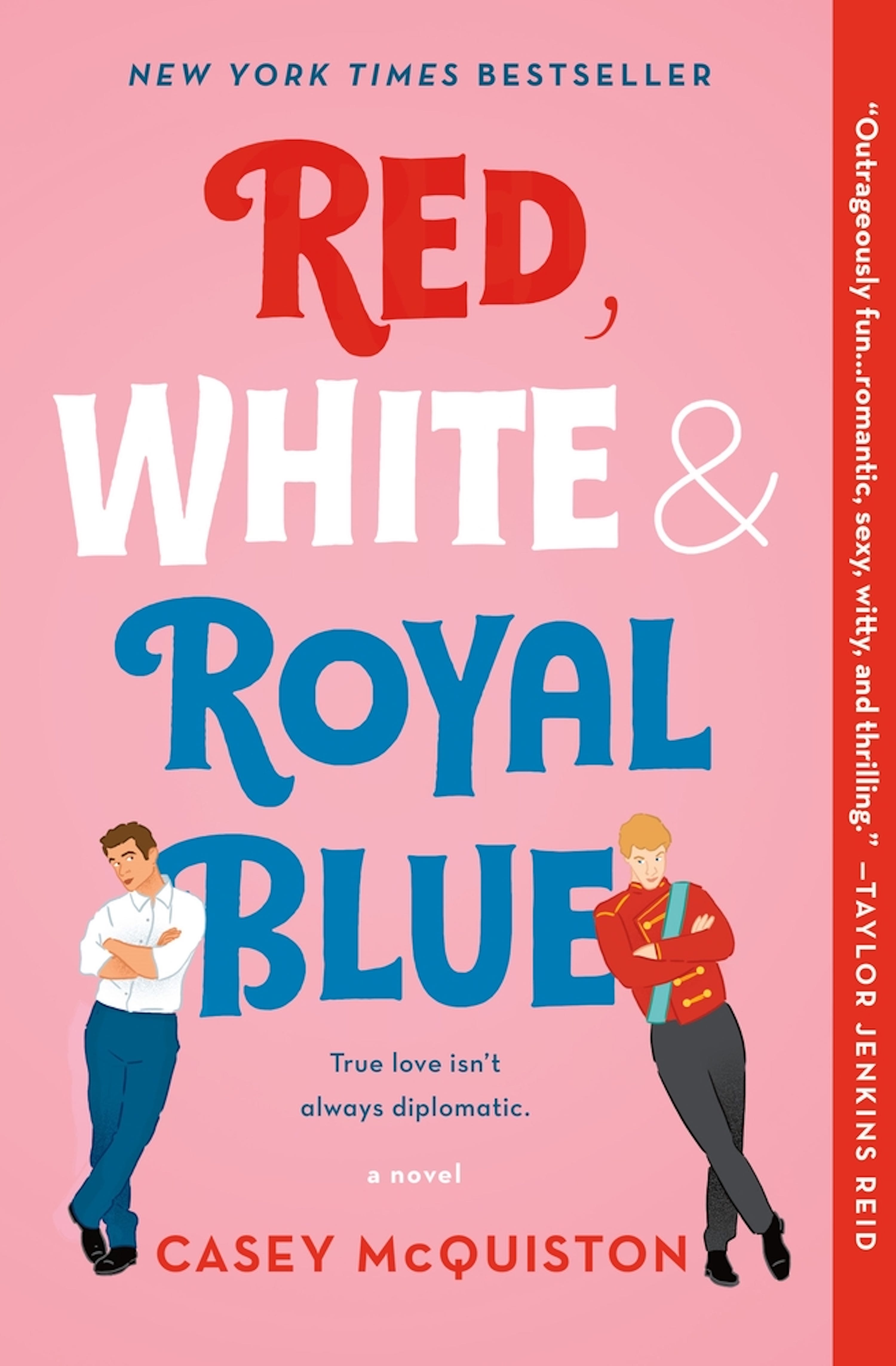 The enemies turned lovers trope gets a fresh twist in this delightful debut by Casey McQuiston. “Red, White, & Royal Blue” follows Alex Claremont-Diaz, the son of the first female president of the United States.

As his mother begins her campaign for reelection, Alex causes an international crisis when he gets in a public fight with his sworn nemesis Henry, who happens to be the prince of England. The two begin a fake friendship to appease their families, but they soon find themselves drawn to each other in ways they never expected.

As Alex and Henry grow closer, they will have to decide if they’re willing to put their families and political careers on the line for love.

“Why Not Me?” by Mindy Kaling 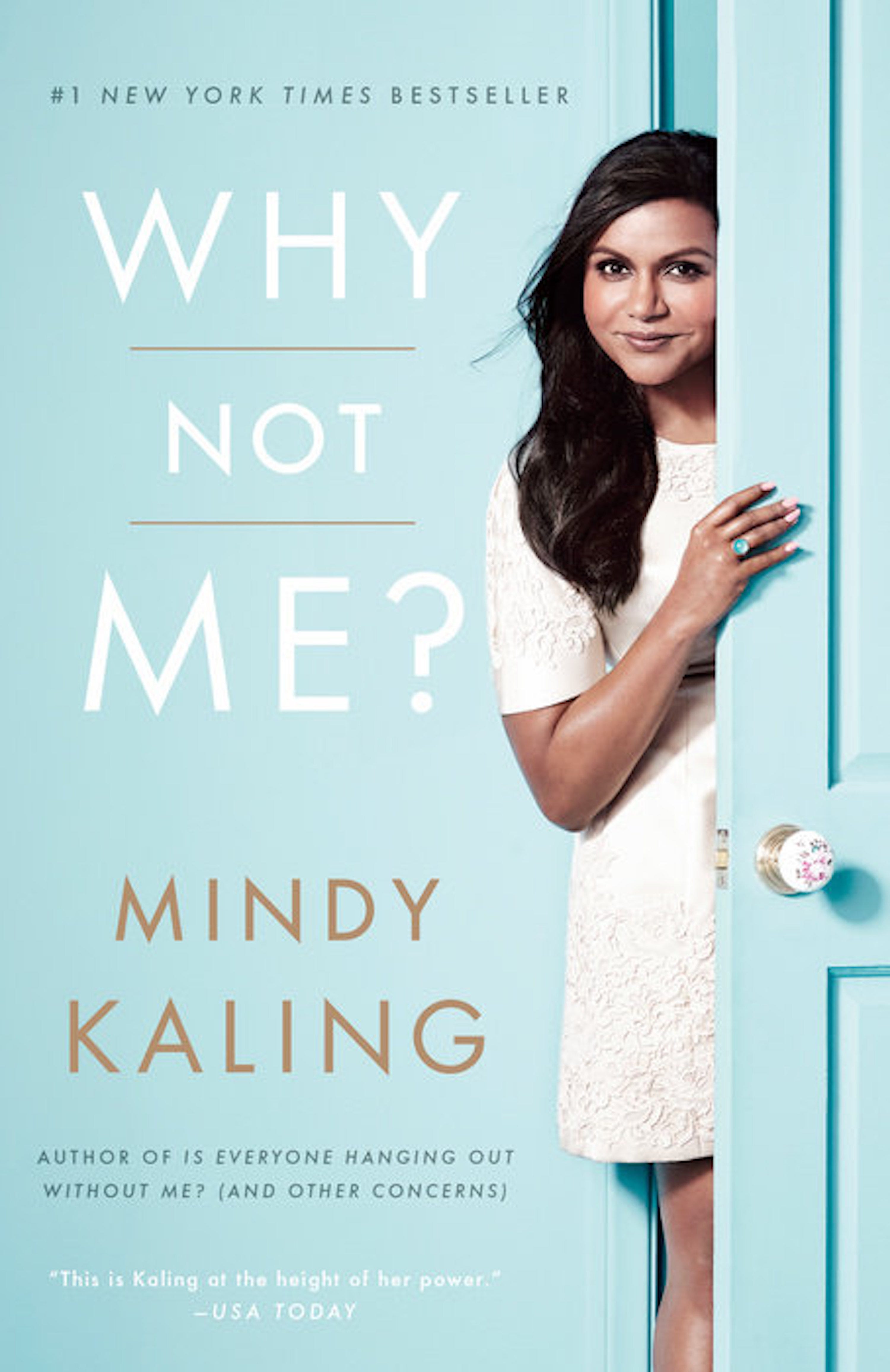 Penguin Random House‘Why Not Me?’

Mindy Kaling’s witty and generous voice is at its best in this collection of essays that explore everything from Hollywood friendships to how to lose weight without changing any habits, as well as her unique relationship with frequent costar and sometimes boyfriend BJ Novak.

Equal parts humorous and thoughtful, Kaling delivers a collection that will make anyone going through a time of transition feel a little less alone and a lot more hopeful.

“The Authenticity Project” by Clare Pooley 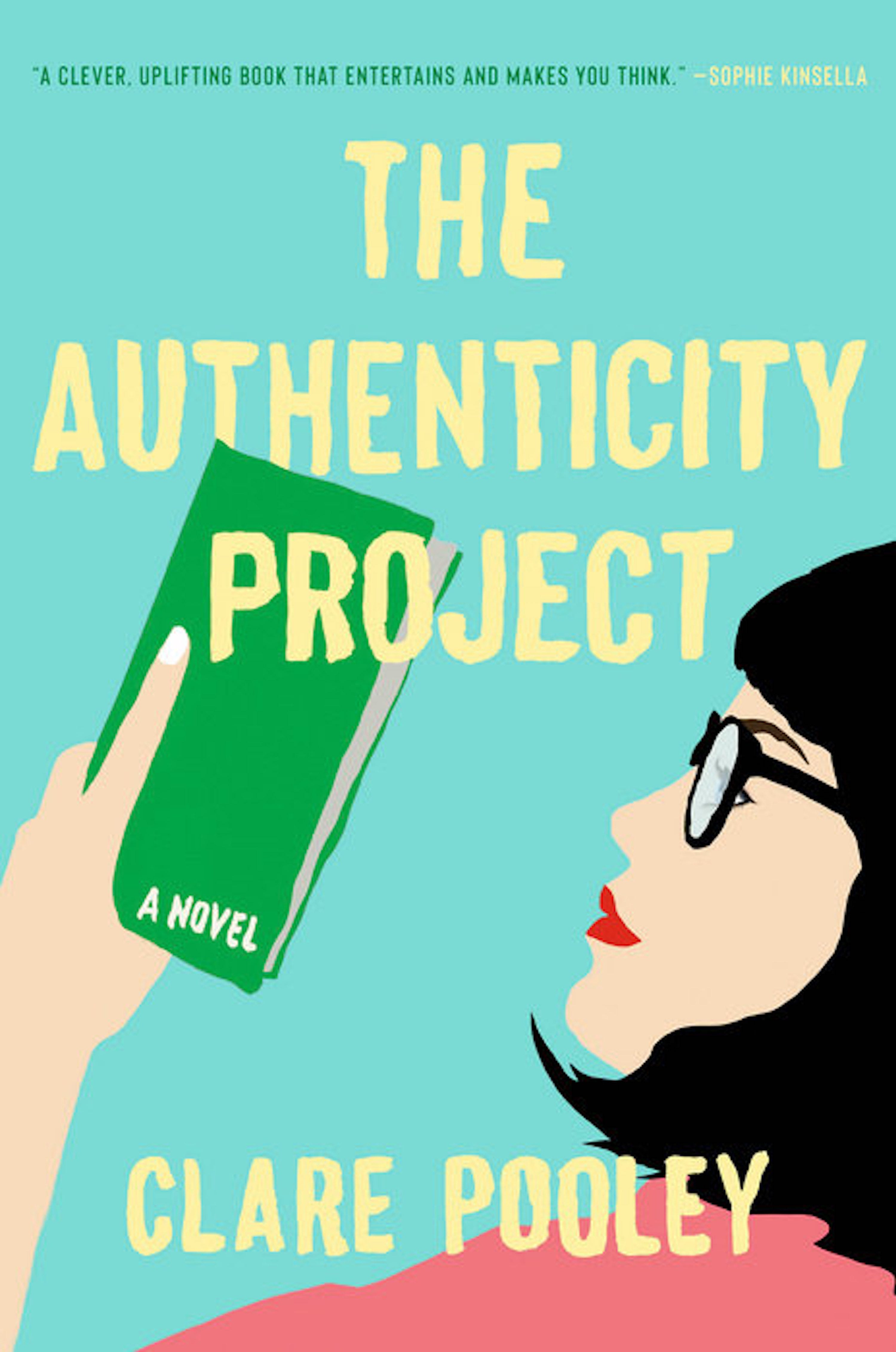 Meet Julian Jessop, a chronically lonely artist who is fed up with the fakeness of everyday life. After struggling to really connect with people, he decides to take a stand by writing the real truth about himself in a green journal, which he then leaves in a local coffee shop for others to find.

Soon, others find the notebook and add their own stories, creating both a catalogue of lives and a chain of events Jessop couldn’t have expected. Happiness comes out of the truth for many, leaving readers with a joyous and empowering story of what it means to be authentic.

“How to Date Men When You Hate Men” by Blythe Roberson 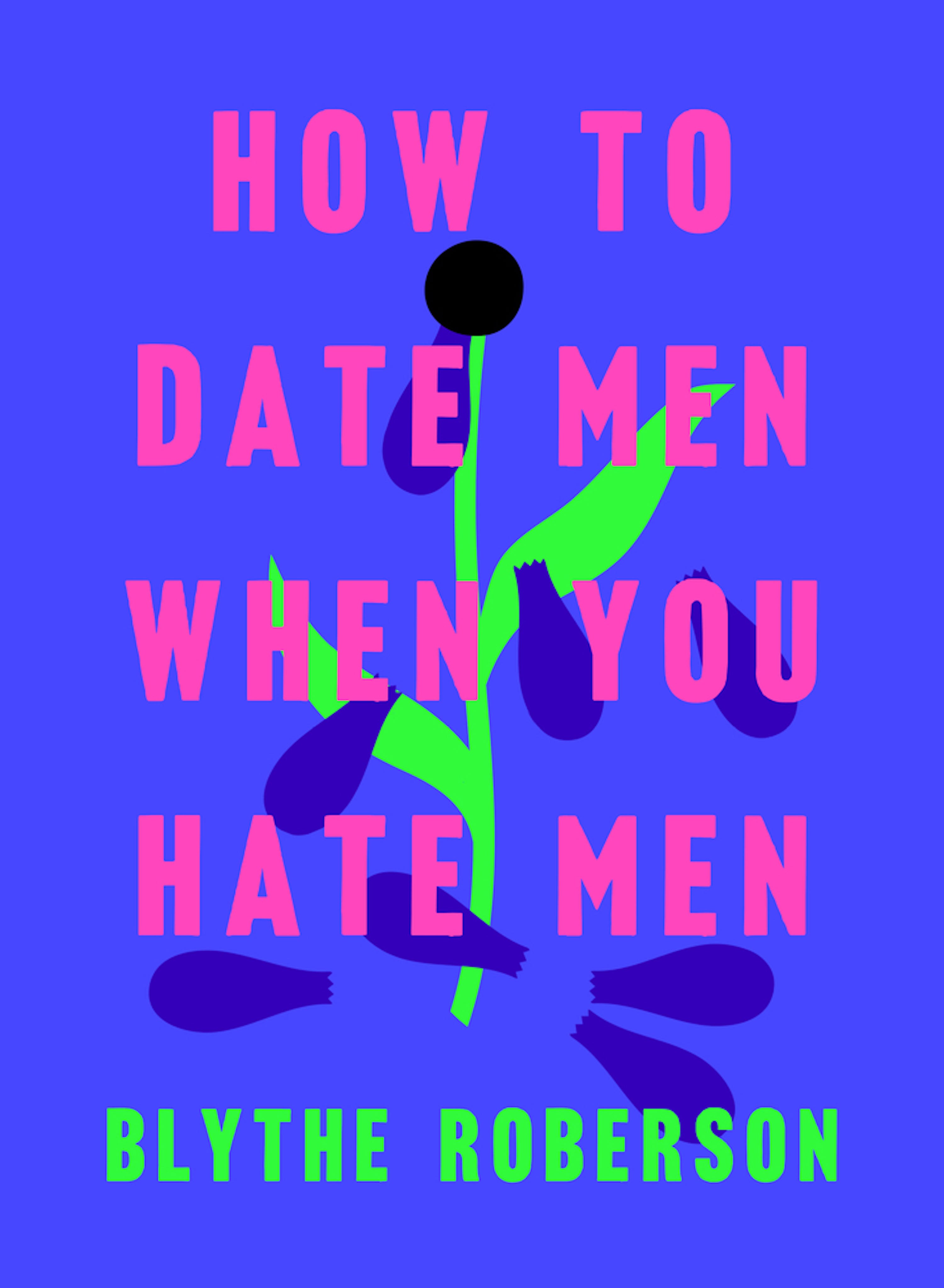 Macmillan‘How to Date Men When You Hate Men.’

Blythe Roberson’s debut is half-dating guide and half-philosophy book, as she takes her reader on a journey to understand her own romantic trials and tribulations.

Every page is filled with hilarious and painfully realistic thoughts on what it’s like to have crushes, how texting changes the way we date, and why connecting with others can be so hard to do.

Essays like “Real Interviews With Men About Whether Or Not It Was A Date” will make you laugh and cringe, offering an escapist read that will remind you of talks you’ve had with friends over wine.

“The Wedding Date” by Jasmine Guillory 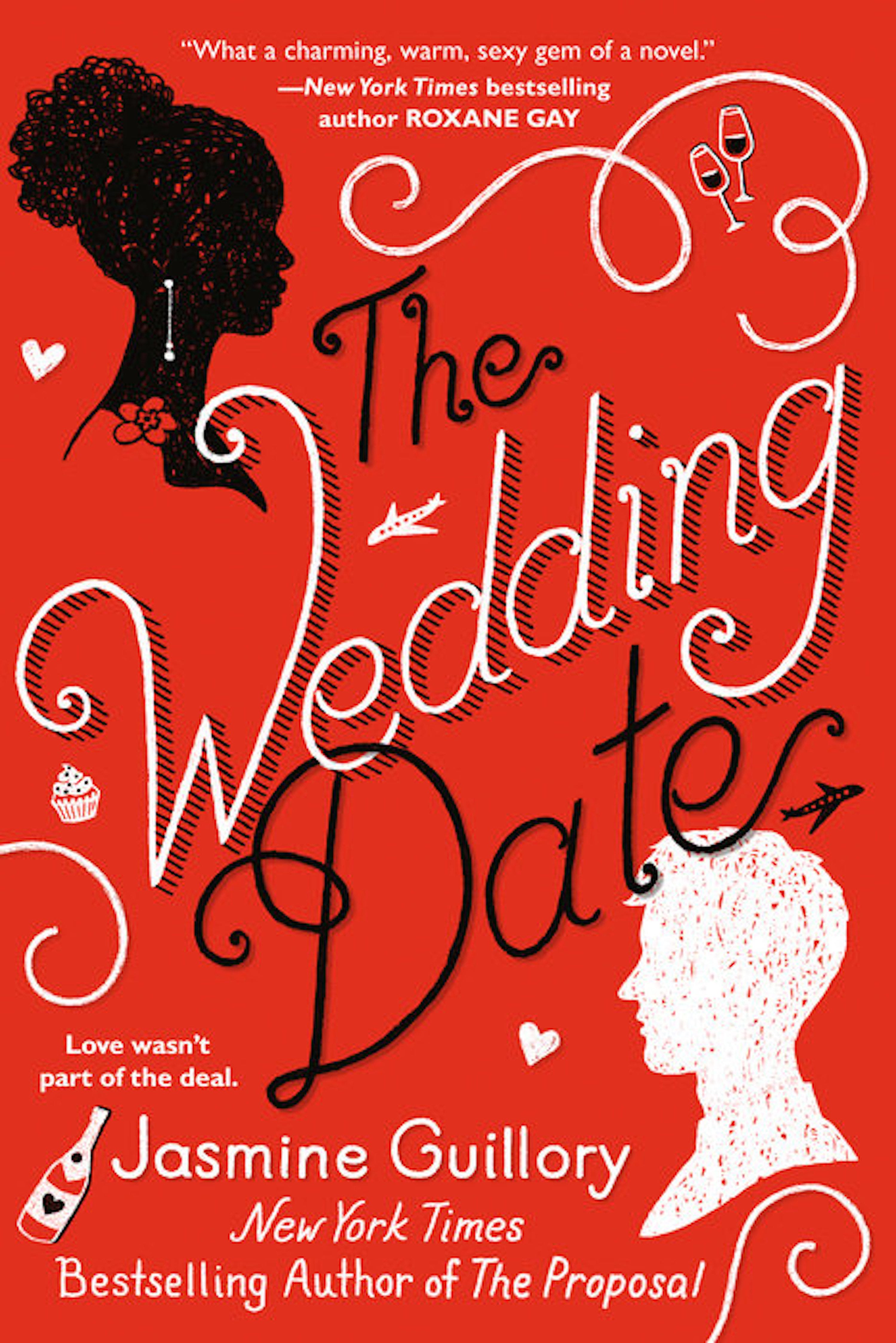 On the night before Drew Nichols is set to be a groomsman in his ex-girlfriend’s wedding, he gets stuck in an elevator with the pretty and funny Alexa Monroe, the first bright spot in what he believes will be an unbearable weekend.

Impulse leads him to ask her to be his date to the wedding, and the duo surprises themselves by having more fun together than they bargained for. They plan to part ways after the wedding, neither interested in a long-distance relationship, but fate might have other plans for them.

“The Two Lives of Lydia Bird” by Josie Silver 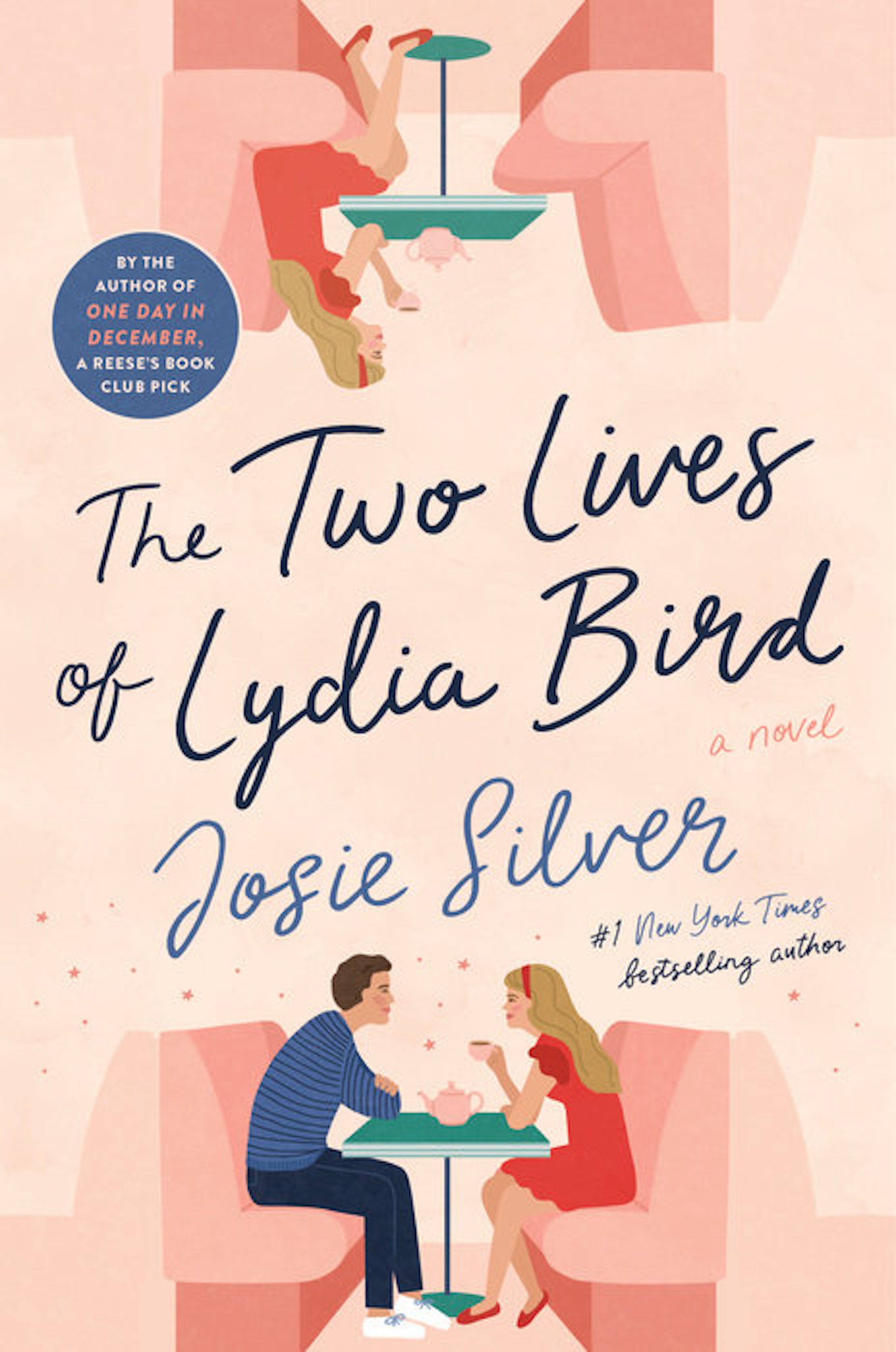 Lydia Bird’s life is turned upside down when the love of her life, Freddie, dies in a car accident. After months of mourning and wanting to go back in time, Lydia begins to move on with the help of her sister and Freddie’s best friend.

But then she’s given a way to go back to her old life with Freddie, a life where the tragedy never happened. Her heart is pulled in two directions as she struggles to choose between going back to the familiar and embracing the unknown, where someone new wants to love her.

Poignant and fresh, Josie Silver’s “The Two Lives of Lydia Bird” is a story of love and hope.

“Born a Crime” by Trevor Noah 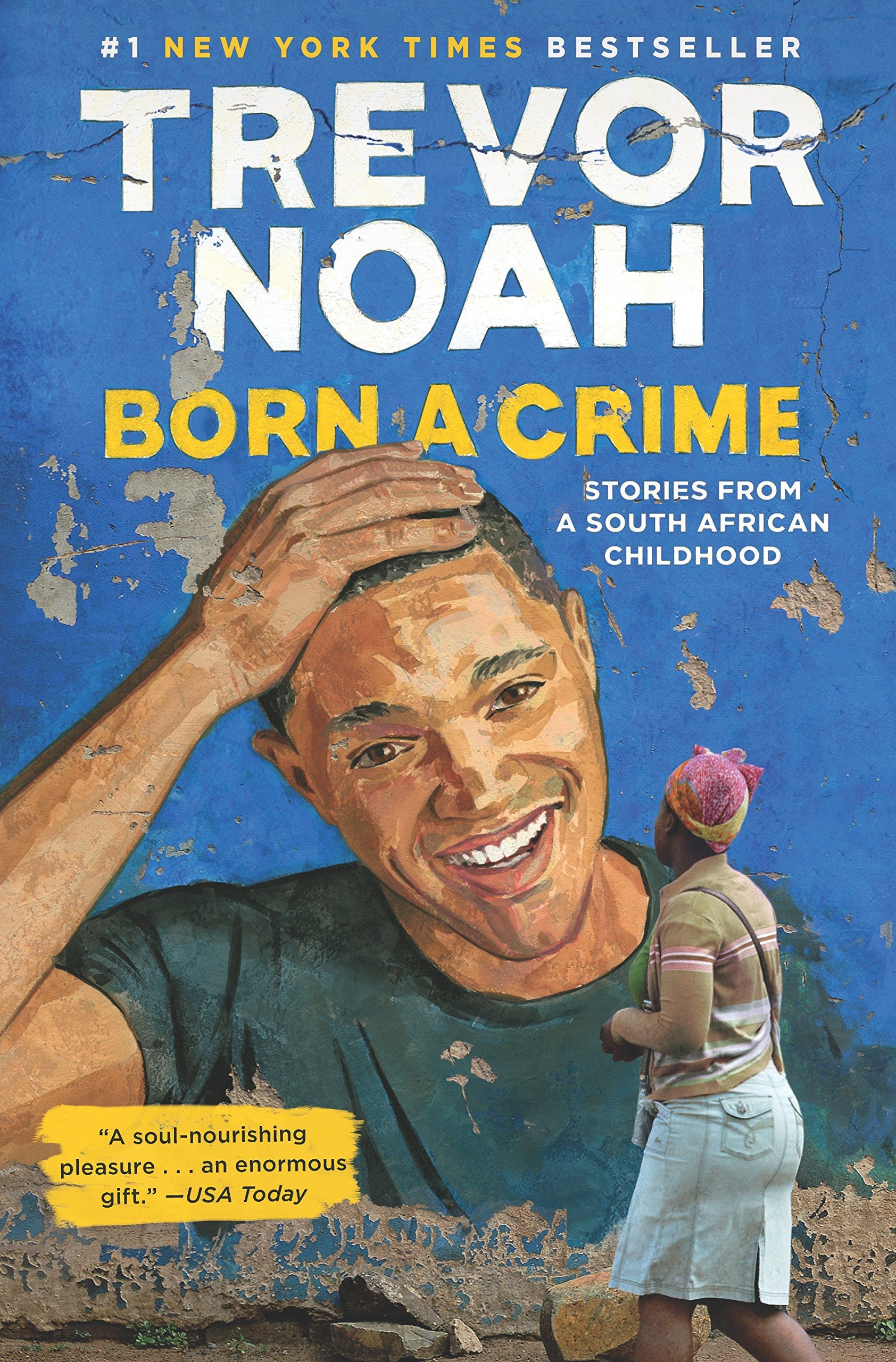 Although he’s one of the most famous comedians alive today, few people knew Trevor Noah existed for the first five years of his life.

As the child of a black Xhosa mother and white Swiss man, Noah’s very existence was illegal in Apartheid South Africa. His memoir explores his tumultuous childhood and his struggle to understand his identity as an adult, as well as his relationship with his fervently religious mother who worked every day to protect him.

Funny, moving, and most of all eye-opening, “Born a Crime” gives readers a glimpse at how Noah’s one-of-a-kind voice came to be. 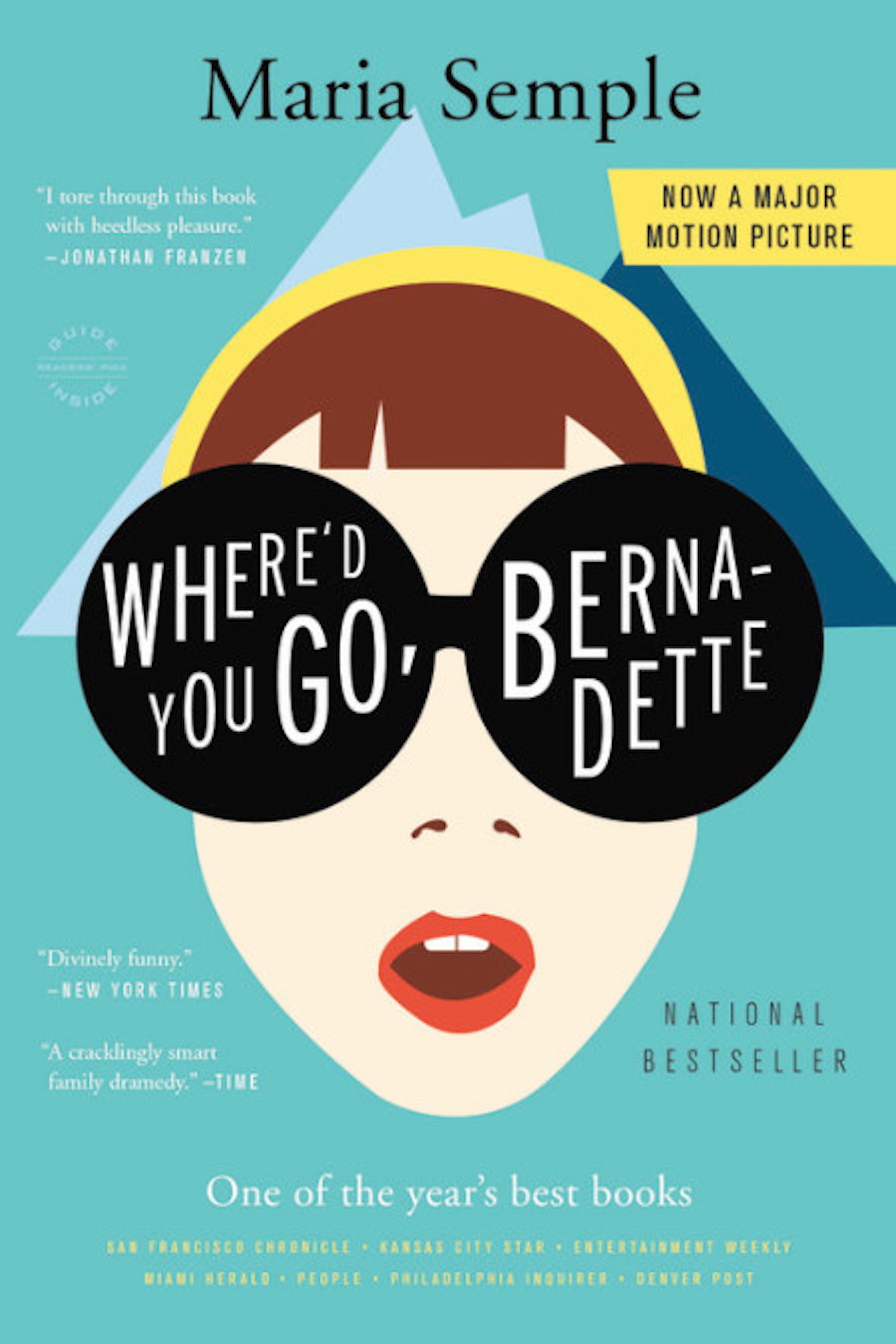 Bernadette Fox is an enigma in the Seattle suburb her family calls home. A formerly groundbreaking architect, Bernadette has found herself in domestic life, raising her daughter and best friend, Bee.

Although she tries to be a typical mum, Bernadette is constantly getting in fights with the other mothers at Bee’s school, much to the dismay of her Microsoft executive husband. But then Bernadette disappears out of thin air one day, leaving Bee alone to piece together what happened to her mother and why she didn’t want to be in this life anymore.

A dizzying and heartwarming mystery, Maria Semple’s “Where’d Ya Go, Bernadette?” is the kind of novel you can tear through in a day, as it leaves you more desperate to find out the answer to the title’s question with every new sentence.

“The Unhoneymooners” by Christina Lauren 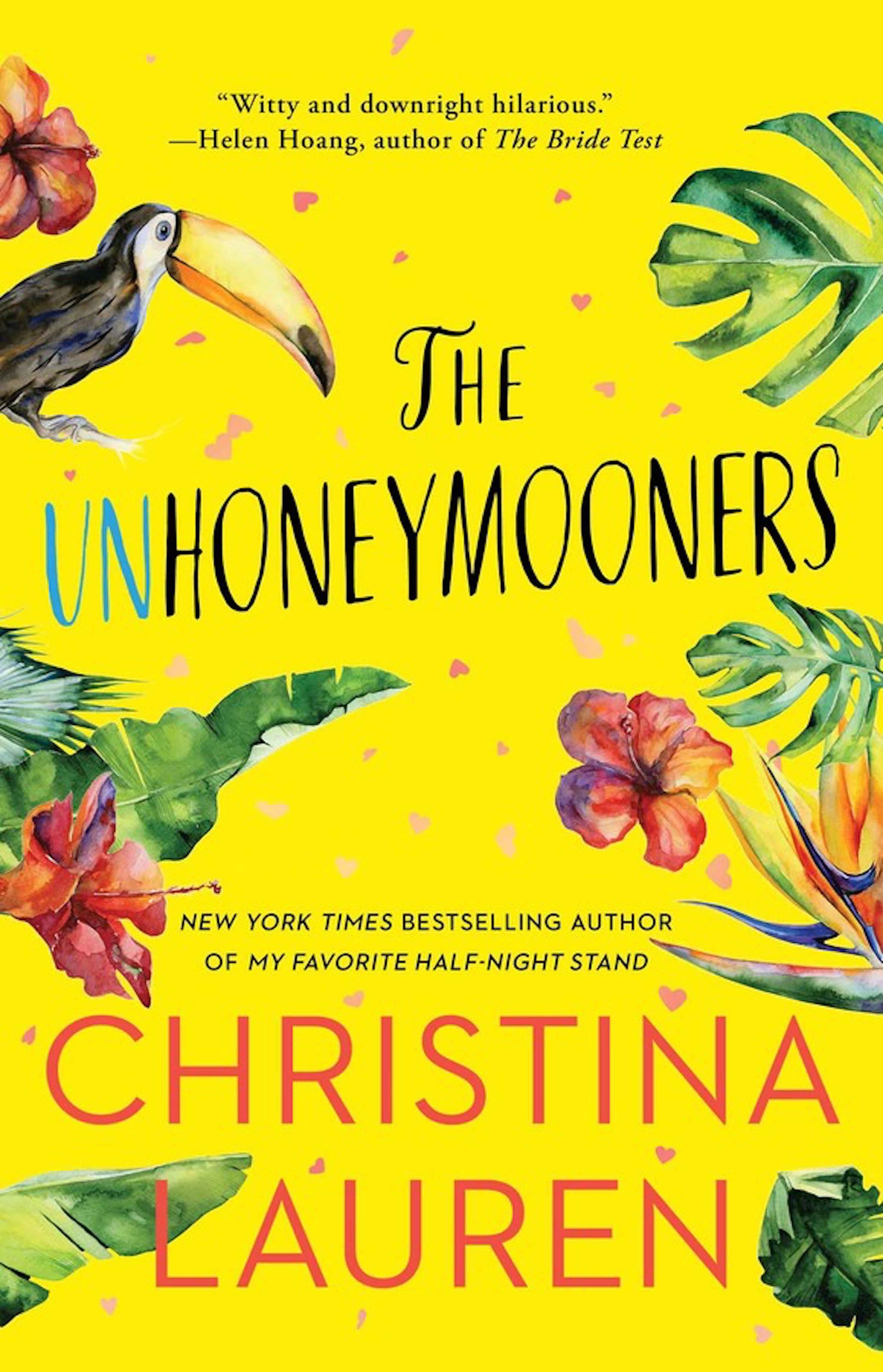 But things change at her sister’s wedding, where the entire wedding party gets sick, aside from Olive and Ethan Thomas, a groomsman she happens to loathe. The pair are given the chance to take the newlyweds’ 10-day honeymoon in Hawaii, and Olive agrees to go for the free trip despite her hatred of Ethan.

As the unlikely pair enjoy their surprise vacation, Olive finds herself feeling things for Ethan she never expected. Has her luck finally changed?

“Something Borrowed” by Emily Giffin 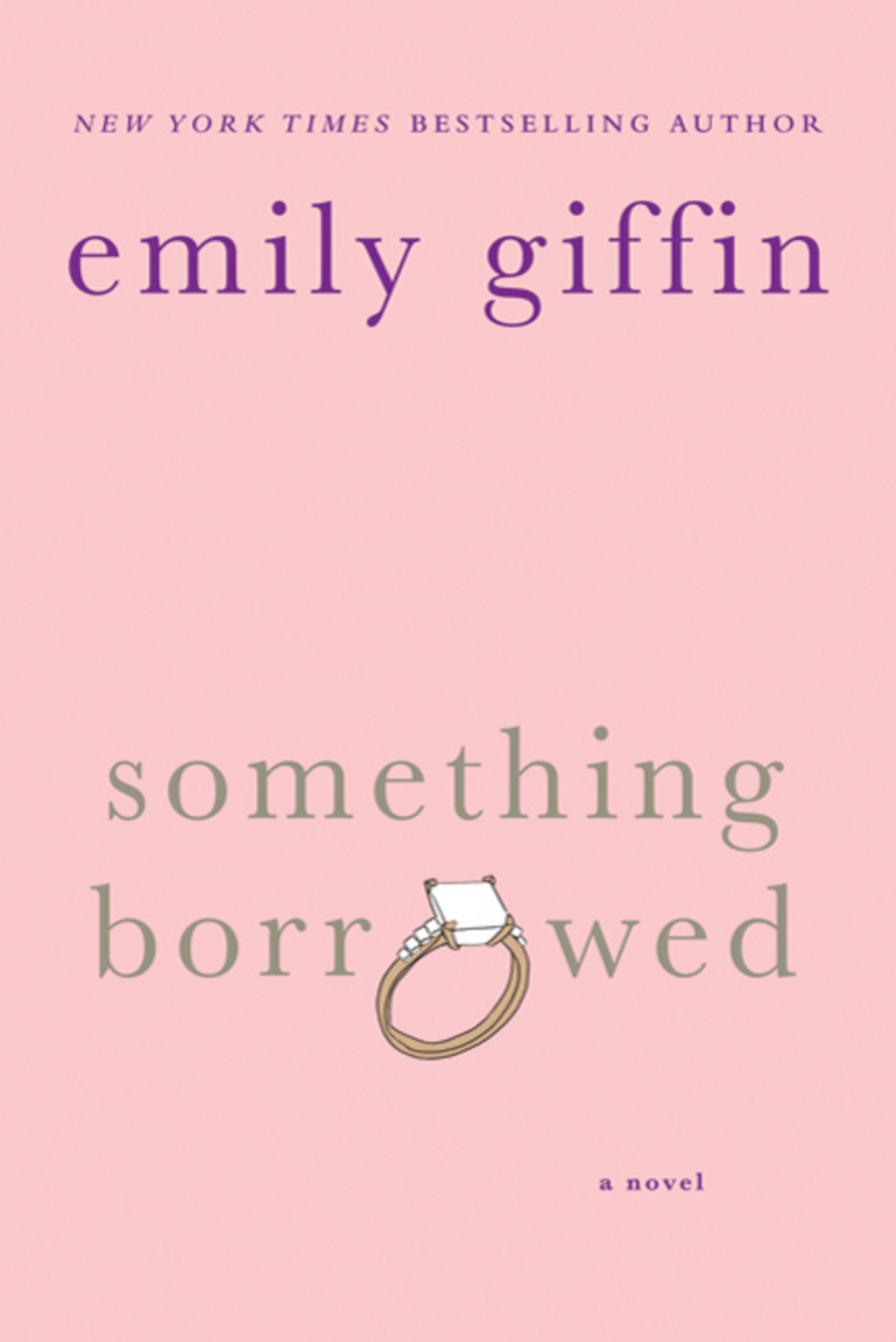 You might know “Something Borrowed” from the film adaptation that stars Kate Hudson and Jennifer Goodwin, but Emily Giffin’s first instalment in the “Darcy & Rachel” series is worth the read even if you’ve seen the movie.

Its protagonist is Rachel White, a woman struggling to find her own identity outside of being nice and second-best in everything to her vivacious friend, Darcy. After years of living in Darcy’s shadow, Rachel just assumes everyone will prefer Darcy to her, including Dex, Rachel’s friend from law school.

As Dex and Darcy are set to get married, Rachel drunkenly confesses her romantic feelings to Dex, who shockingly feels the same way. A story about love and the lines of friendship unfolds, with Rachel being forced to confront who she and Darcy really are in the world and to each other. 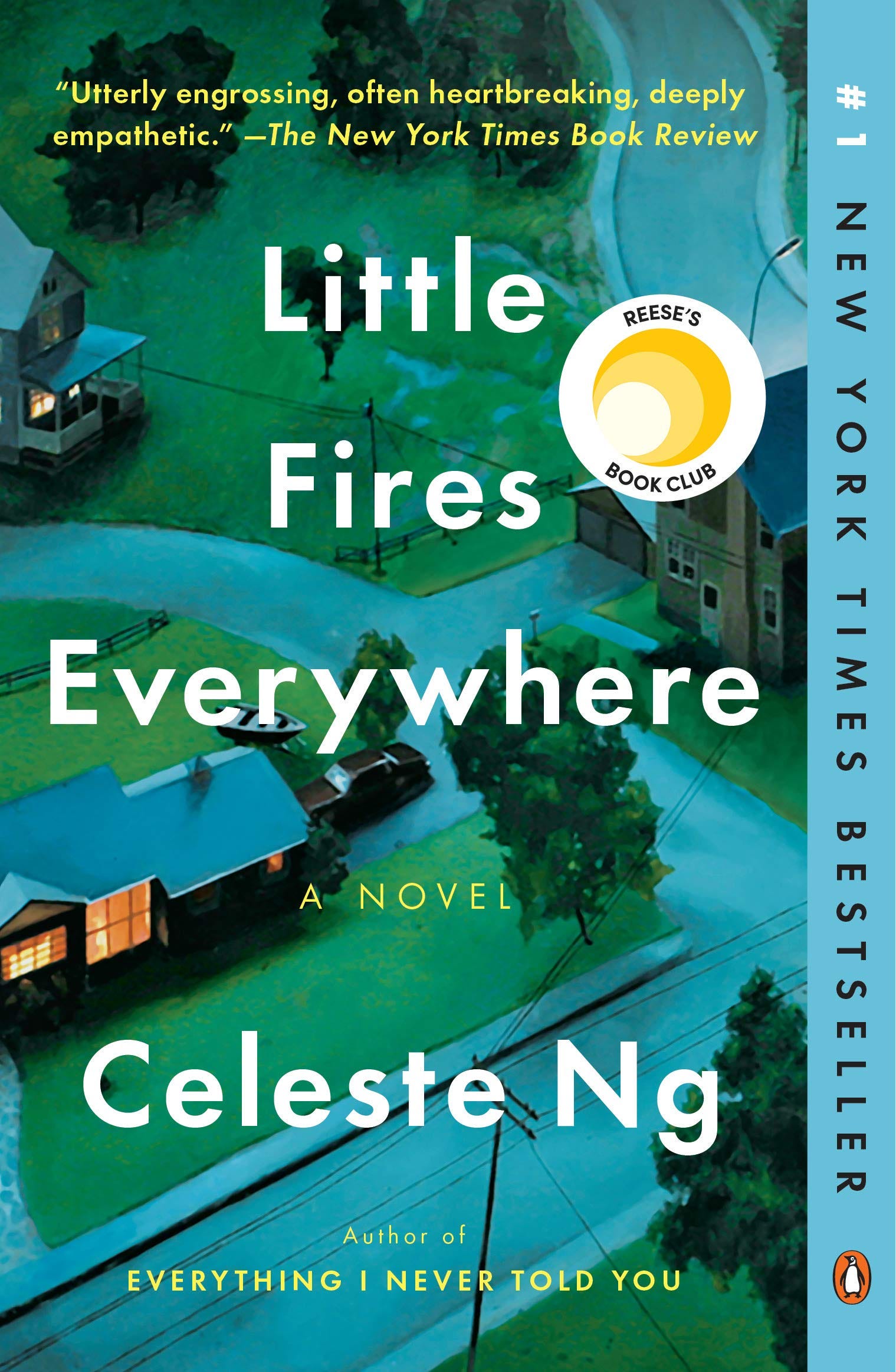 Two mothers with vastly different views of the world are at the heart of “Little Fires Everywhere,” which is now a Hulu show starring Reese Witherspoon and Kerry Washington.

Elena Richardson lives every moment of her suburban life planned, while artist Mia Warren follows her own path. Their worlds coincide when Mia and her daughter Pearl rent an apartment from the Richardson family, becoming an integral part of their lives as the Richardson children, in particular, are drawn to the Warrens.

Their tenuous bond breaks when a couple in town tries to adopt a Chinese-American baby, putting Mia and Elena on opposite ends of a legal battle. Elena decides to look into Mia’s past as their war continues, unveiling secrets with more weight than she can imagine.

Find out more about this book here.

“The Song of Achilles” by Madeline Miller 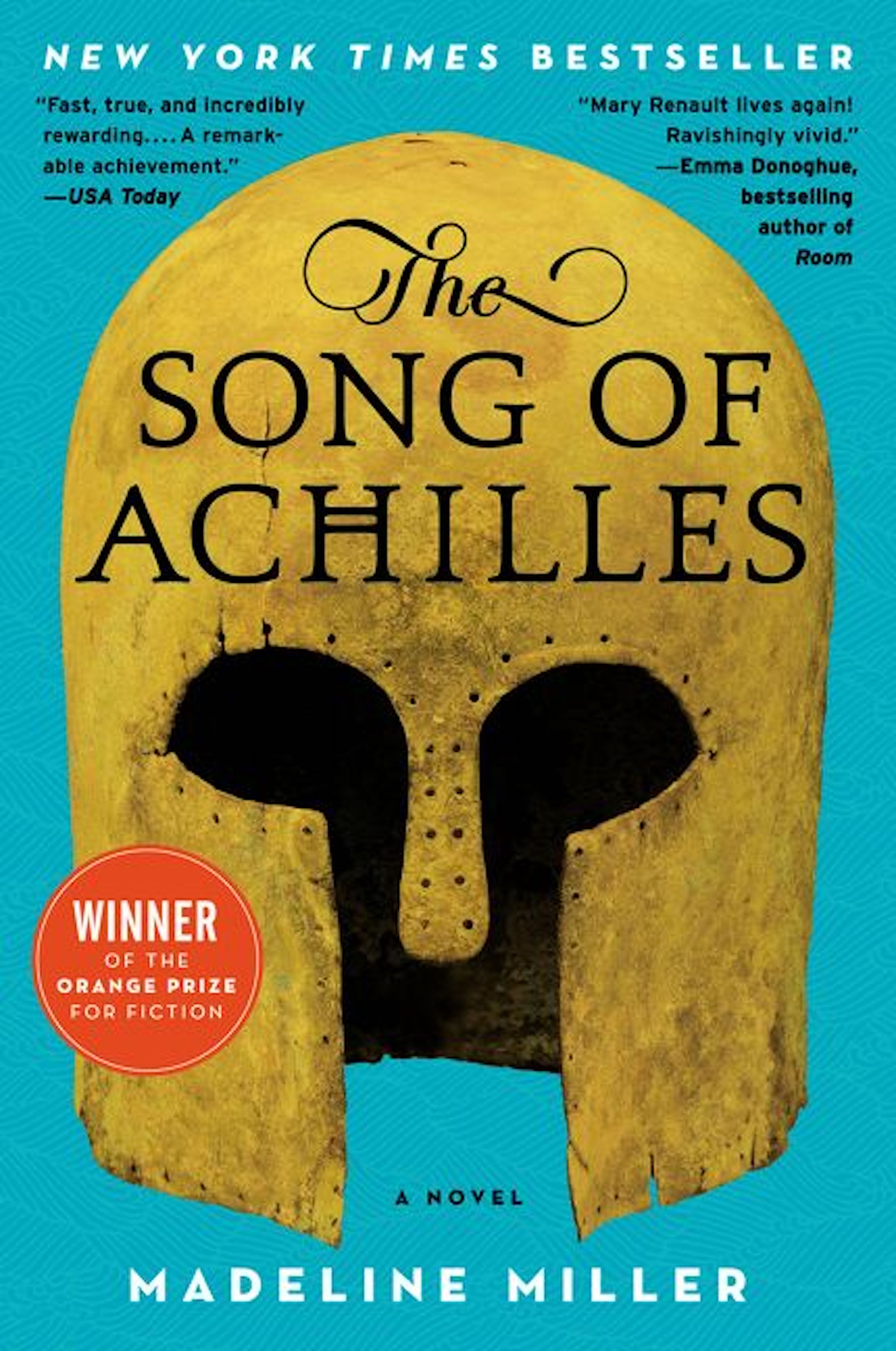 A classic Greek myth gets an exhilarating new life in Madeline Miller’s “The Song of Achilles,” a coming-of-age tale and love story about two old friends.

Fans of “The Iliad” will be entranced by Miller’s retelling of the tale, as her focus on Achilles’ friend and shadow Patroclus rather than the soldier himself puts a fresh lens on one of the most told stories of all time. The novel follows the boys from when they are young, guiding the reader from their early distrust of one another to the poignant moment they realise they’re more to one another than just friends.

Miller tinges the war story the urgency and tenderness of first love, bringing new weight to the wins and losses in Homer’s epic. 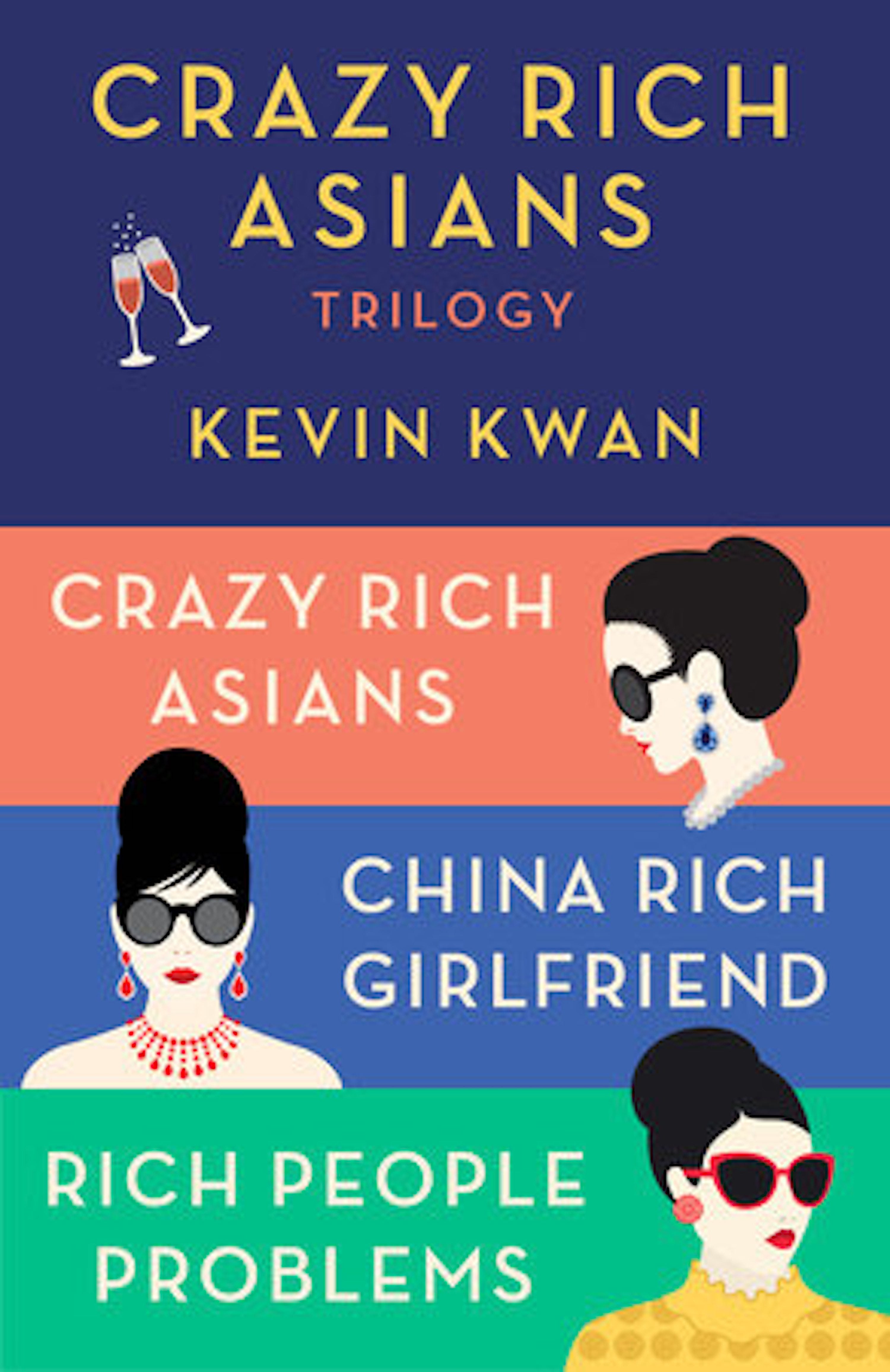 Before it was a box office smash, “Crazy Rich Asians” was Kevin Kwan’s debut book. Its protagonist is Rachel Chu, an American born Chinese woman who has recently started dating Nicholas Young. She agrees to go home with him to Singapore for the summer, only to discover Nick is the heir to more money than she can imagine, and his family doesn’t see her as a suitable partner for him.

Kwan’s novel and the two other installments in the series shed light on the dynamics between nationality, wealth, and income in a gloriously fun way that readers will love to explore.

“The Rosie Project” by Graeme Simsion 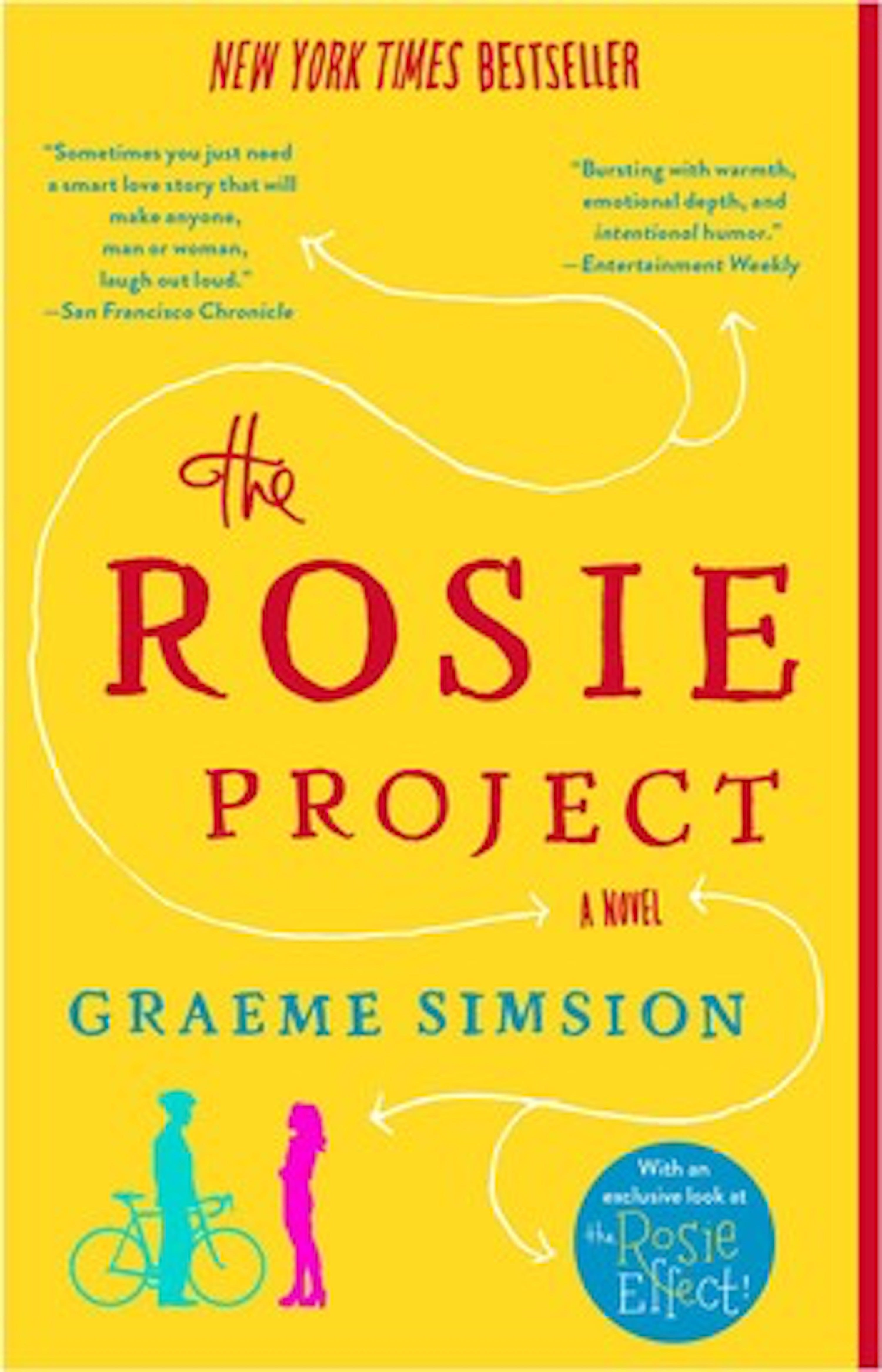 Don Tillman is searching for a wife. The data-focused genetics professor takes a methodical approach to his quest, quickly eliminating any potential matches who drink, smoke, or have a tendency to be late.

But he starts to question his own process when he meets Rosie Jarman, a bartender looking for her biological father who ticks all the wrong boxes on Don’s list. As he helps her find her father, Rosie slowly dismantles everything Don thinks he knows about what makes a perfect match, showing him the unknowable power of love.

“Summer of ’69” by Elin Hilderbrand 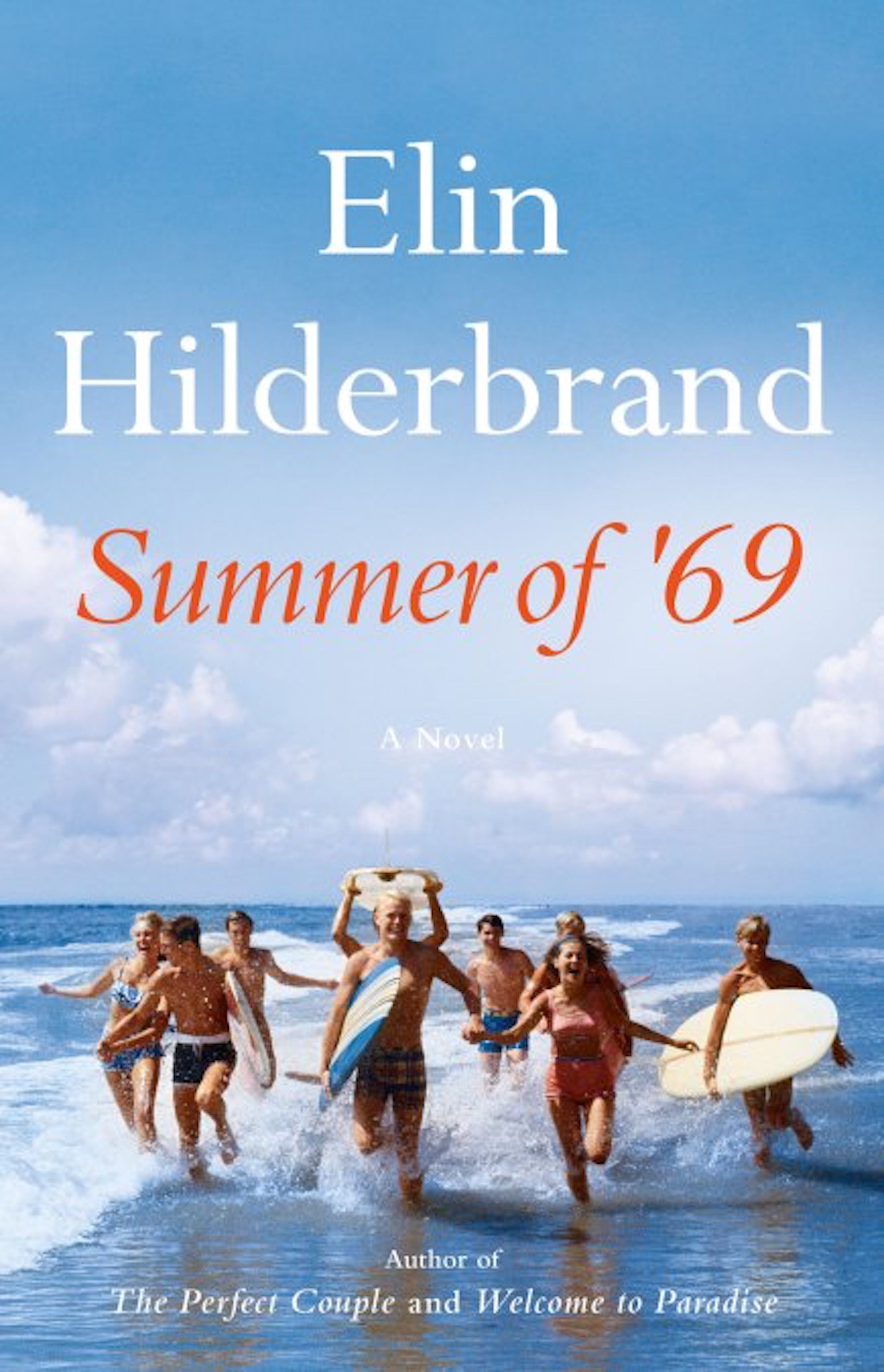 Little, Brown and Company‘Summer of ’69.’

Popular author Elin Hilderbrand’s first attempt at historical fiction comes in the form of “Summer of ’69,” a novel that explores one of the most dramatic seasons in the 20th century through the lens of a family in transition.

The Levin siblings’ usual plan to spend the summer in Nantucket together is disrupted by pregnancy, protests, and war, leaving 13-year-old Jessie alone with her secretive mother and grandmother at the house.

Dramatic events unfold for the Levin family against the backdrop of the country’s own cataclysmic events, making both the historical moments and personal upheaval more poignant.

“The Pisces” by Melissa Broder 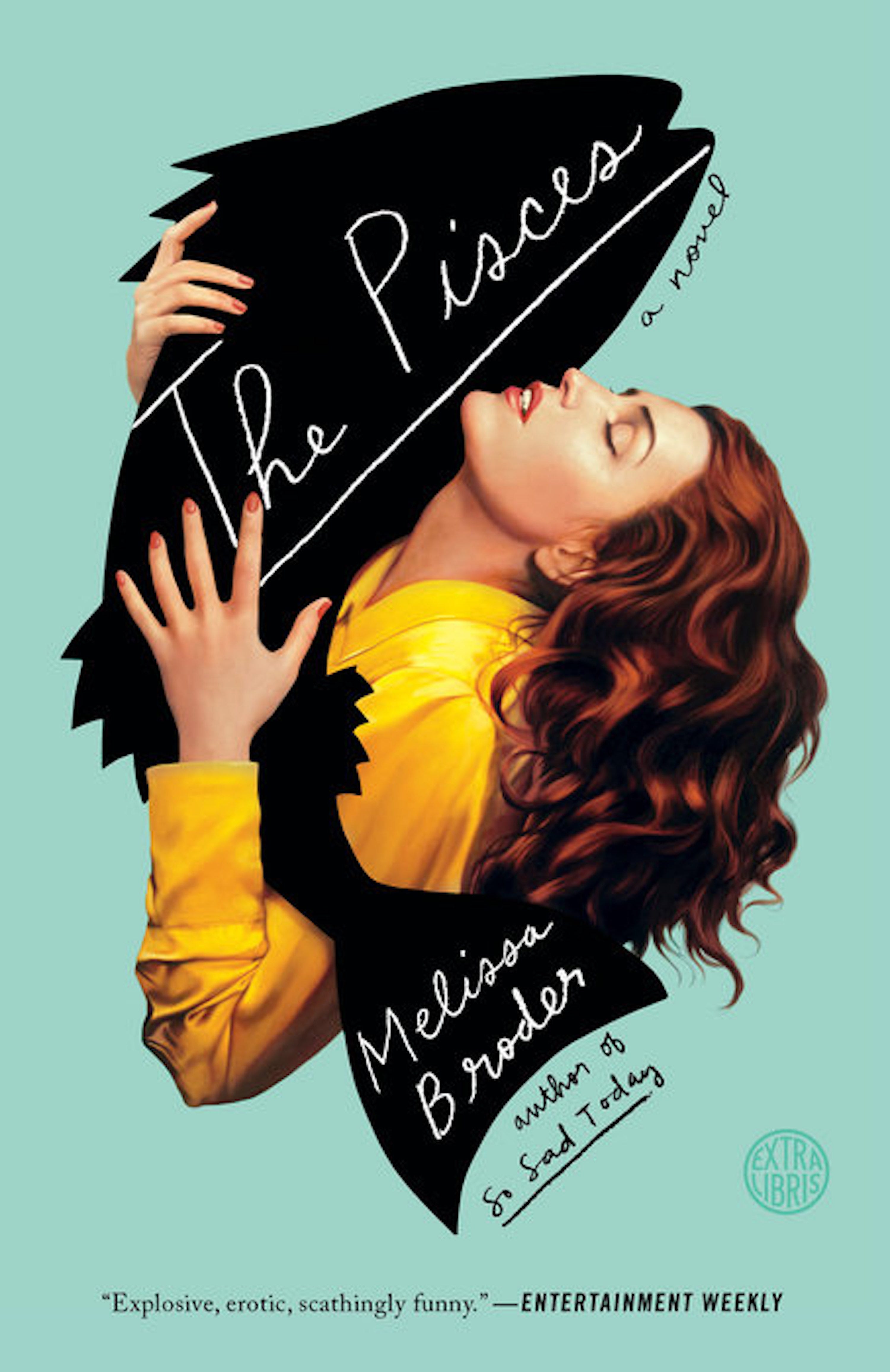 After a breakup knocks the wind out of her, Lucy ends up at her sister’s mansion for the summer, dog-sitting and lamenting her loneliness.

But then she meets a charismatic swimmer when sitting by the ocean alone one night, finding herself drawn to him in ways she can’t explain. Her attraction to him only grows as she discovers what he really is, and an all-encompassing and toxic romance brews between them.

Melissa Broder masterfully mixes magical realism, summer love, and literary fiction for a novel that all but demands to be read in one enchanting sitting.