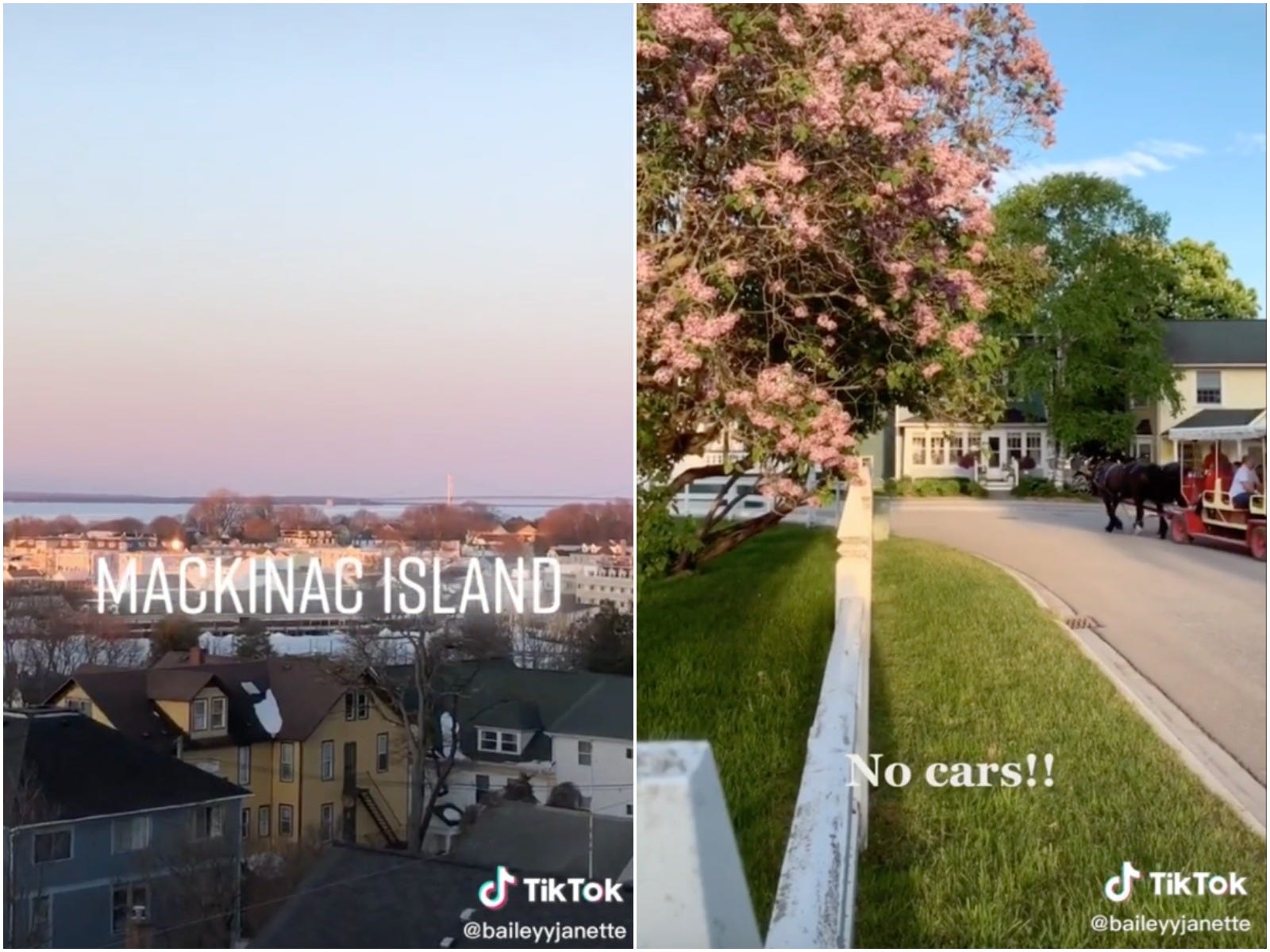 @baileyyjanette/TikTokTikTok user Bailey Janette shows what it’s like to live on the quaint, car-free island full-time.

One TikTok user is giving people an inside look of an island in America’s Midwest that looks like a time capsule from another century.

Bailey Janette is documenting what life is like on Mackinac Island, which is off the coast of Michigan in Lake Huron.

The island is a tourist destination in the summertime and is known for its historical landmarks, scenic hiking spots and biking trails, and multiple fudge shops. However, few visit the island in the off-season, and it has just 500 residents who live there all year.

Janette explained that the island does not allow cars, so people mostly get around by bike and horse and cart, but that snowmobiles are used in winter.

Residents even have their mail delivered by horse and carriage, Janette said. 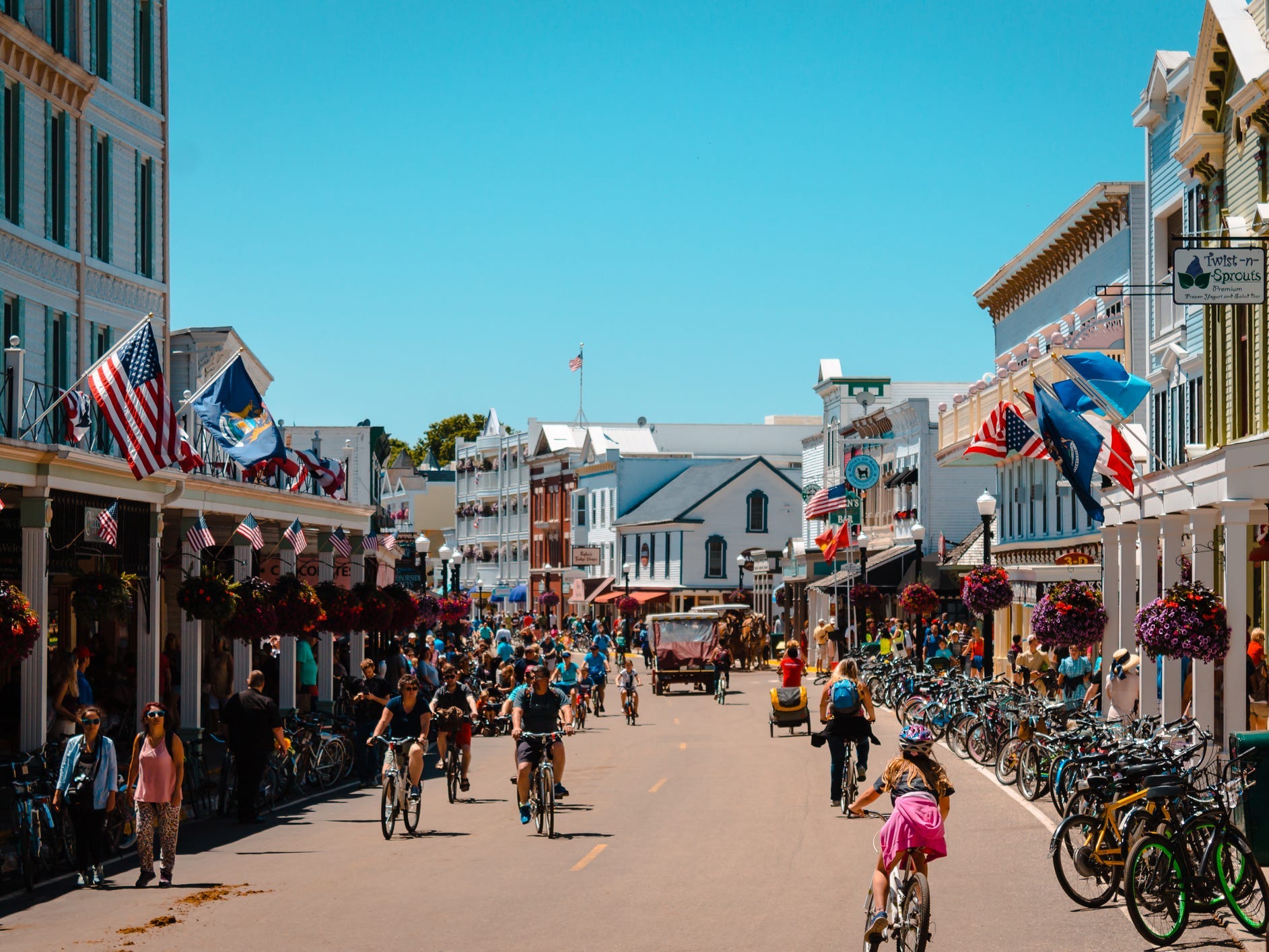 In her TikTok video, Janette said that she originally moved to the island for a seasonal job two years ago and decided to stay after meeting her now-boyfriend, Lukas.

Some users commented on Janette’s unique lifestyle, comparing it to something from an idyllic movie setting.

“You sound like you could be in a Hallmark movie, and I need to move there immediately,” one user wrote.

“I wanna live here. The winter horse carriage. I am screaming,” another user commented.

Janette also shared a video filmed in March that shows how she gets groceries on the tiny island, which includes riding her snowmobile and travelling to a store by boat.

“I had to park my snowmobile up the hill because there’s still snow up there, and I have to walk the rest of the way to get to the boat,” Janette said in the video from winter.

One user commented: “Wow, I’m never going to complain about my 20-minute drive to Aldi ever again.”

Bailey Janette did not immediately respond to Insider’s request for comment.