I'm an expat in Italy whose kids have been out of school for weeks. This is how we're handling the lockdown and terrifying uncertainty of what's ahead. 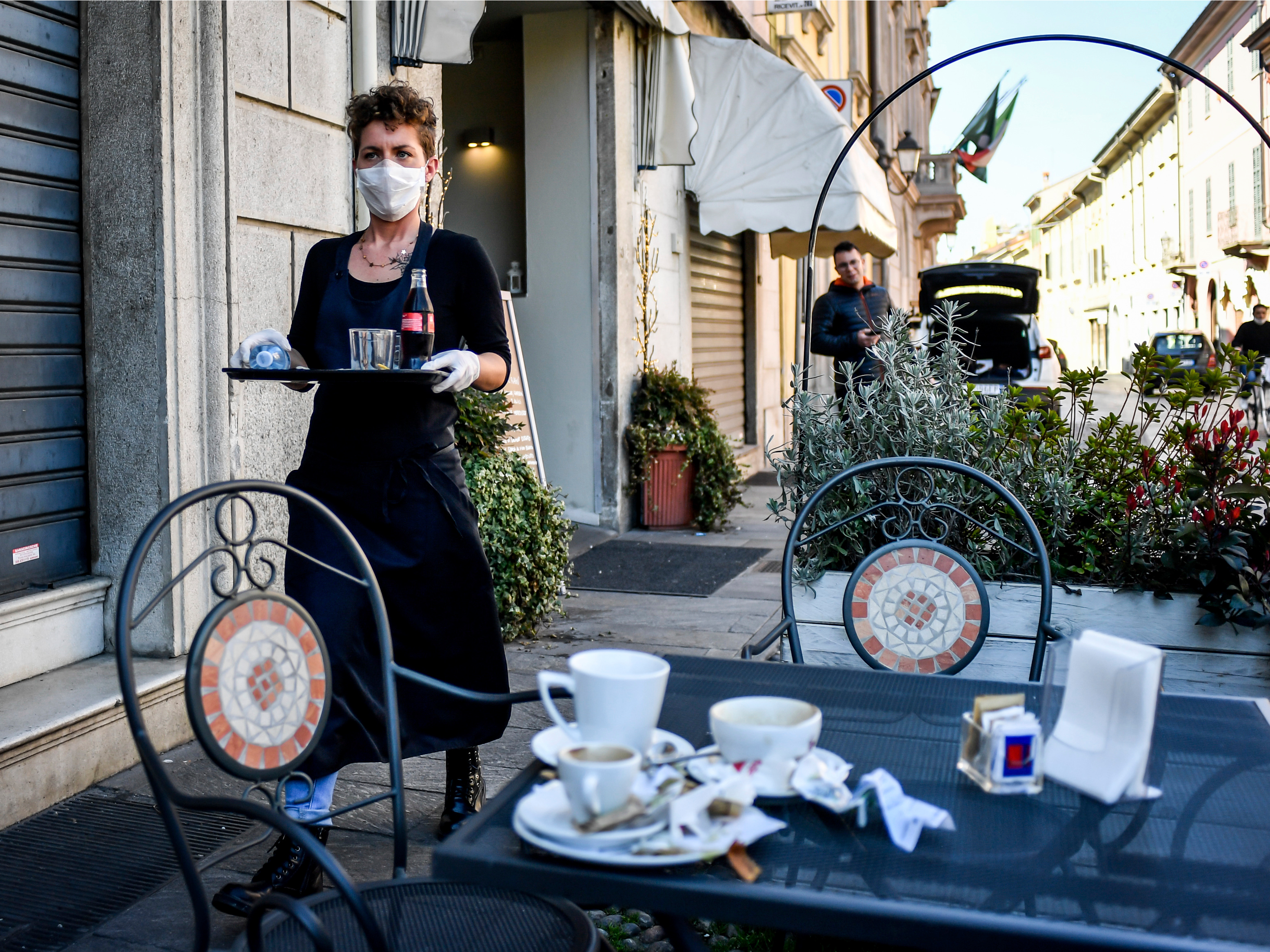 Claudio Furlan/LaPresse via APA waitress wears a mask and gloves as she carries a tray at a cafe in the town of Codogno, in the region of Lombardia, northern Italy on Wednesday, March 11, 2020.

On February 22, 2020, I sent my two sons, ages 8 and 12, off to school. It was a seemingly mundane Friday that would end up being our last taste of normality for a while.

I live just north of Milan in a leafy suburb with my family. I came to Italy in 2000 for “an adventure,” and I am still here two decades later working as a freelance writer and translator. That Friday, as I washed cereal bowls, I turned on the news to catch the morning’s headlines before sitting down to my computer. There were somber reports of a confirmed case of coronavirus in a town about an hour south of me. By mid-morning, the number of cases seemed to be multiplying by the minute. I started to feel uneasy. I’d heard that the coronavirus was “just a flu,” but both of my kids have asthma, so anything with a potentially harmful respiratory component is a cause for concern. 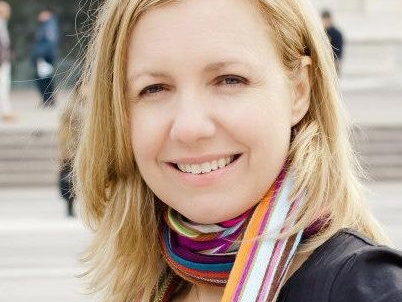 Unlike other European countries, Italy took action quickly, showing uncharacteristic efficiency in testing for the virus around the clock. By Sunday, it was clear that the outbreak was quickly spreading throughout the entire region of Lombardy. The decision was made on Sunday to close the schools throughout the region for one week.

The first week at home 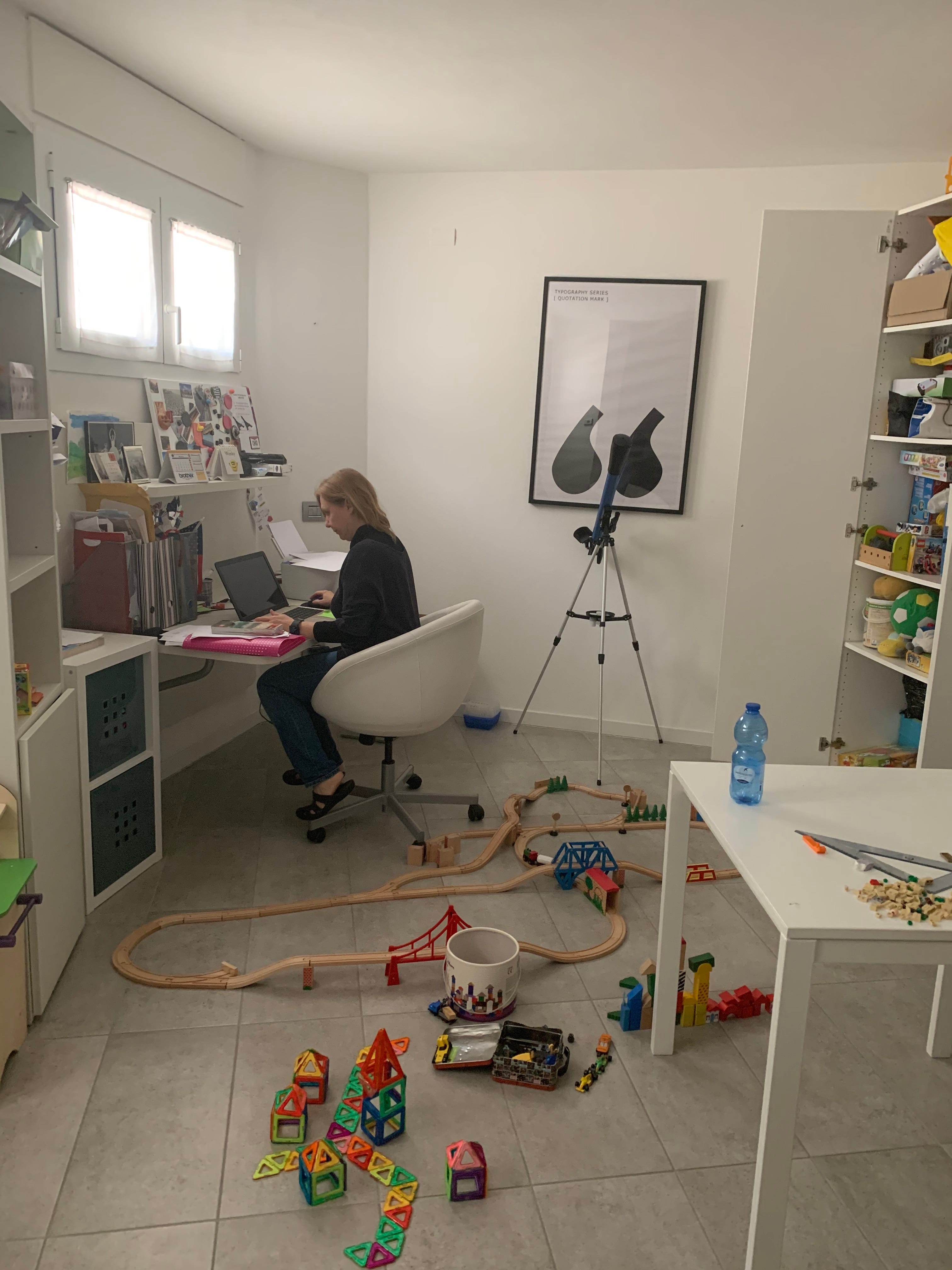 Courtesy of Michelle SchoenungThe author during early morning working on her computer.

We weren’t prepared for that first week of the kids being home. I had a very big deadline so I was able to have the kids spend some time during the day at their grandparents’ house in a nearby town. By the second week, as the virus plowed through the region undeterred, it was decided to keep schools closed another week. I questioned whether it was wise for the kids (potential asymptomatic carriers) to spend time with their nonni, who are in a more vulnerable demographic, as people over age 65 were being asked to stay home. Schoolwork began trickling in via an online service called Edubox, and the kids’ days were filled with homework, watching TV, playing on devices, and bickering. Parents were making jokes like, “If school is out another week, mums will band together to cure the coronavirus.”

Despite these attempts at levity, I was becoming fearful. The government was giving us mixed messages. Though we were told how contagious the virus was and how it could be a death blow to Italy’s large elderly population, Milan began promoting its #milanononsiferma (Milan Doesn’t Stop) campaign, complete with slick promotional video with drone-friendly shots of the skyline along with montages of laughing hipsters enjoying drinks at the bar and smiling families holding hands in the park. So was this an epidemic, or were we supposed to be going about our normal lives while washing our hands a lot?

Soon it became clear this was serious 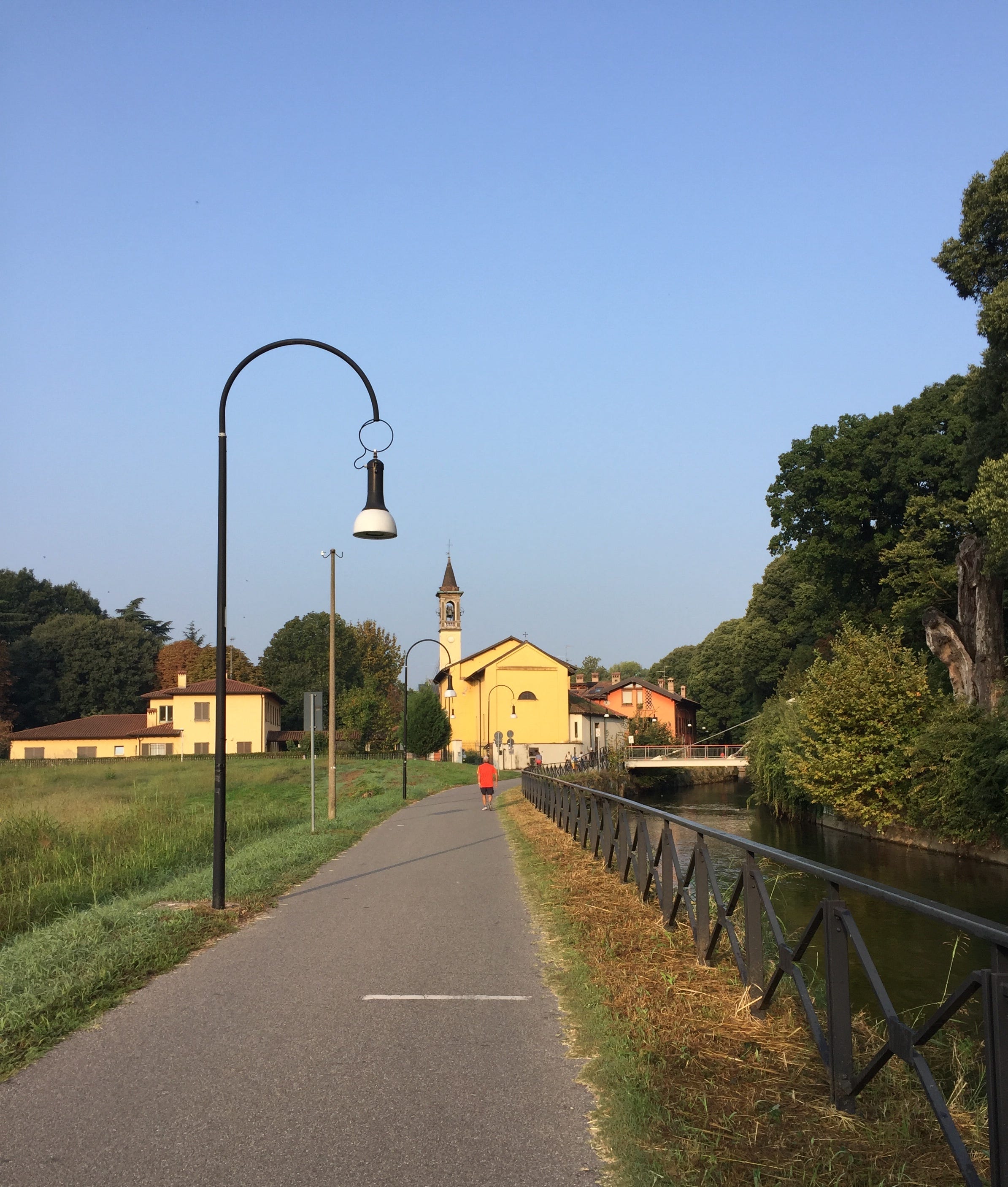 Courtesy of Michelle SchoenungA bike and running path that leads into Milan.

By the end of the second week, it was apparent that the situation was growing dire. Amid griping about homework on one of the class chat groups, one mother weighed in with, “Sorry I haven’t been on the group chat much. I am a doctor in the hospital. We are running out of beds and respirators in intensive care so could you all wash your hands and stay home? Please don’t put me in a position of having to deny the last respirator to one of your loved ones!”

The first week, I had allowed my older son to see his friends in the piazza for a couple hours one afternoon, but upon realising how serious the situation was, I limited our outings. However, I noticed that many Italians were not following orders. We took a long walk around the block one day, which was an approved activity. I had my dwindling supply of hand sanitizer at the ready, and I wouldn’t even let the kids touch railings or collect rocks. The local playground was teeming with kids, their grandparents (clearly over the age of 65) sitting on benches swapping gossip with neighbours. Nearby, a mother and father enjoyed spritzes in the sun at the snack bar, their toddler eating potato chips directly off of the picnic table, a newborn parked next to them snoozing sockless in a pram. The basketball courts overflowed with teenaged boys, and a baton-twirling squad was having an informal practice session on an overgrown patch of grass along the bike path leading into Milan. It could have been any given Sunday in the neighbourhood, but it was actually a Wednesday and we were supposed to be on lockdown, staying far away from one another.

In week three, our whole region was declared a “red zone” 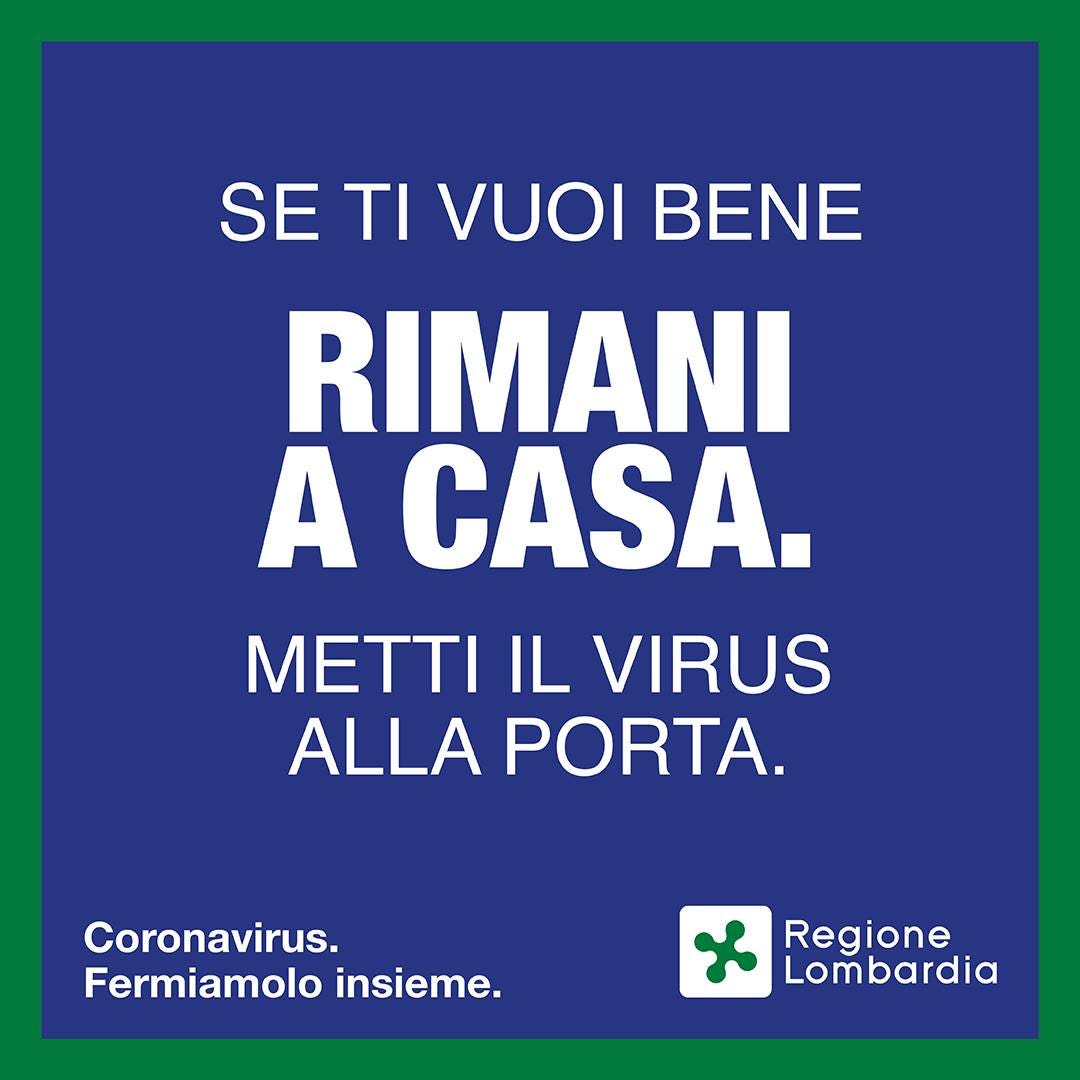 Courtesy of Michelle SchoenungTranslation: “If you care about yourself, stay home. Show the virus the door. Coronavirus. Let’s stop it together.”

Some of the kids’ school assignments also left me scratching my head (figuratively speaking, of course). One of my son’s teachers assigned a movie to watch, which was hard to find online so it was suggested that one family check it out from the local library and the kids could “pass it around.” However, all libraries were closed, and if the point was for us to limit contact, should we really be passing a germ-infested DVD around? My younger son was asked to build a bowling set out of empty toilet paper rolls, which was a less than appealing idea given the circumstances.

As week three approached, all of Lombardy was declared a “red zone” and we were ordered to stay in our homes and only leave to buy essentials like groceries and medicine. The next day, the restrictions were extended throughout the entire country of Italy.

I couldn’t keep watching the news Courtesy of Michelle SchoenungTrying to work in the chaos.

I’ve stopped watching the news because it makes me feel helpless, but I know the current numbers are terrifying, and we are far from “hitting the peak” of all of this. I do not fear getting the virus (though I would not relish having it either) as much as I worry about any of us needing to go to a hospital, be it for a virus, a broken bone, or an asthma attack.

The kids’ schools are finally holding video lessons and their days have a bit more of a routine, which allows me to be slightly more productive. I have moments where I feel I should also be “teaching” them something, so we’ve done projects like build a planter and trellis for the garden. Spending so much time with me at home has also been a boon for their English, as their schooling and friendships are almost exclusively in Italian. 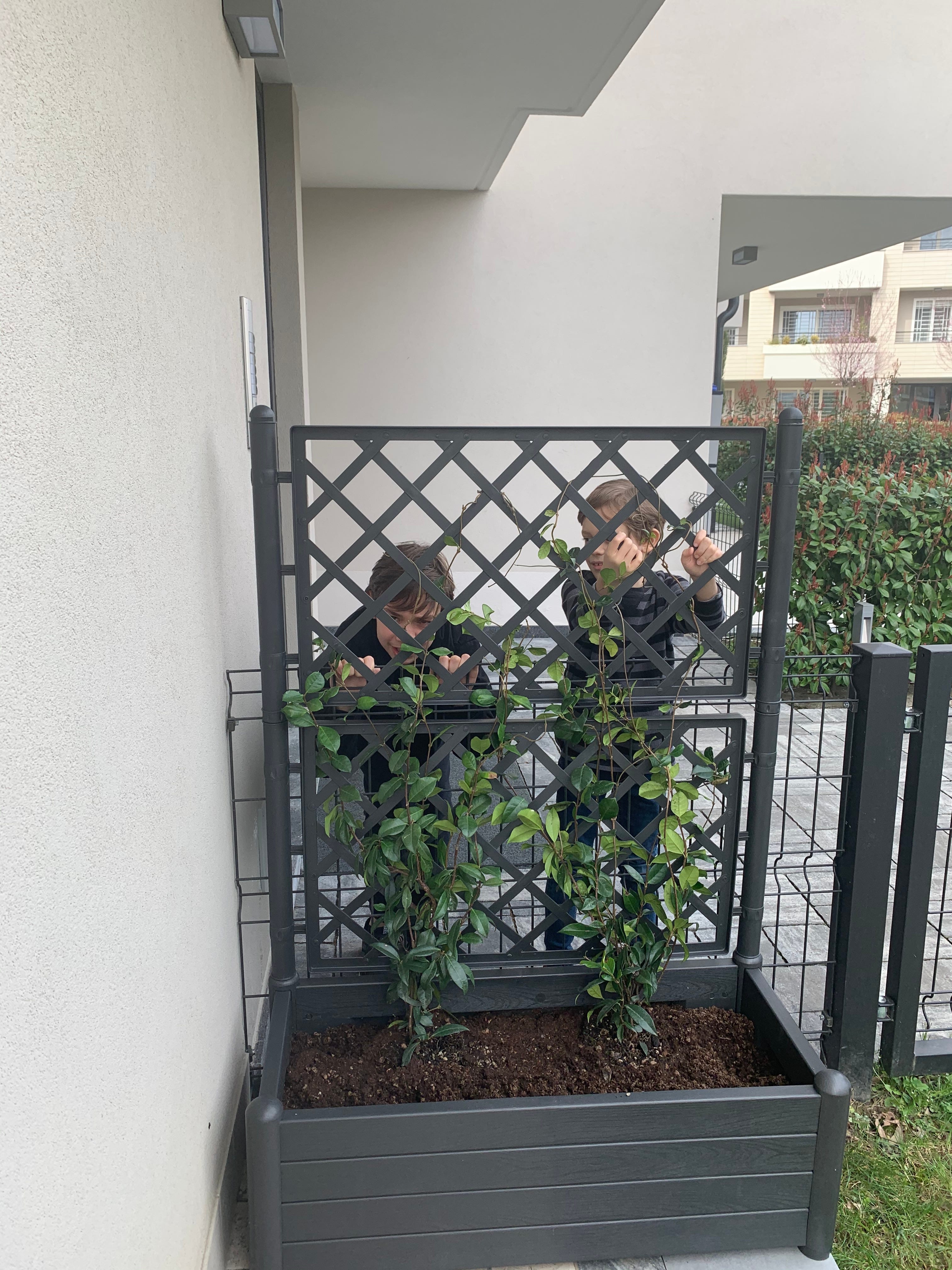 Courtesy of Michelle SchoenungThe author’s sons quarantine themselves behind the trellis they built.

I can’t think about this in big-picture terms yet. This is obviously a huge economic hit for Italy, and it will also affect my family greatly from a financial standpoint, but my focus now is on keeping us healthy and doing our part to not spread this horrible virus.

Post-it notes have begun appearing all over Milan with the words “Tutto andrà bene” (“It will all be OK”). We are still in the midst of a great deal of uncertainty, but those small colourful notes on park benches and historic palazzi are helping give me a sense of hope that even if Milan has been forced to stop – catchy hashtags and snazzy videos notwithstanding – the city will come back to life once again some day, and we will go on, if a little bruised and worse for the wear.

Michelle Schoenung is an American journalist and translator who has been based in Milan since 2000.