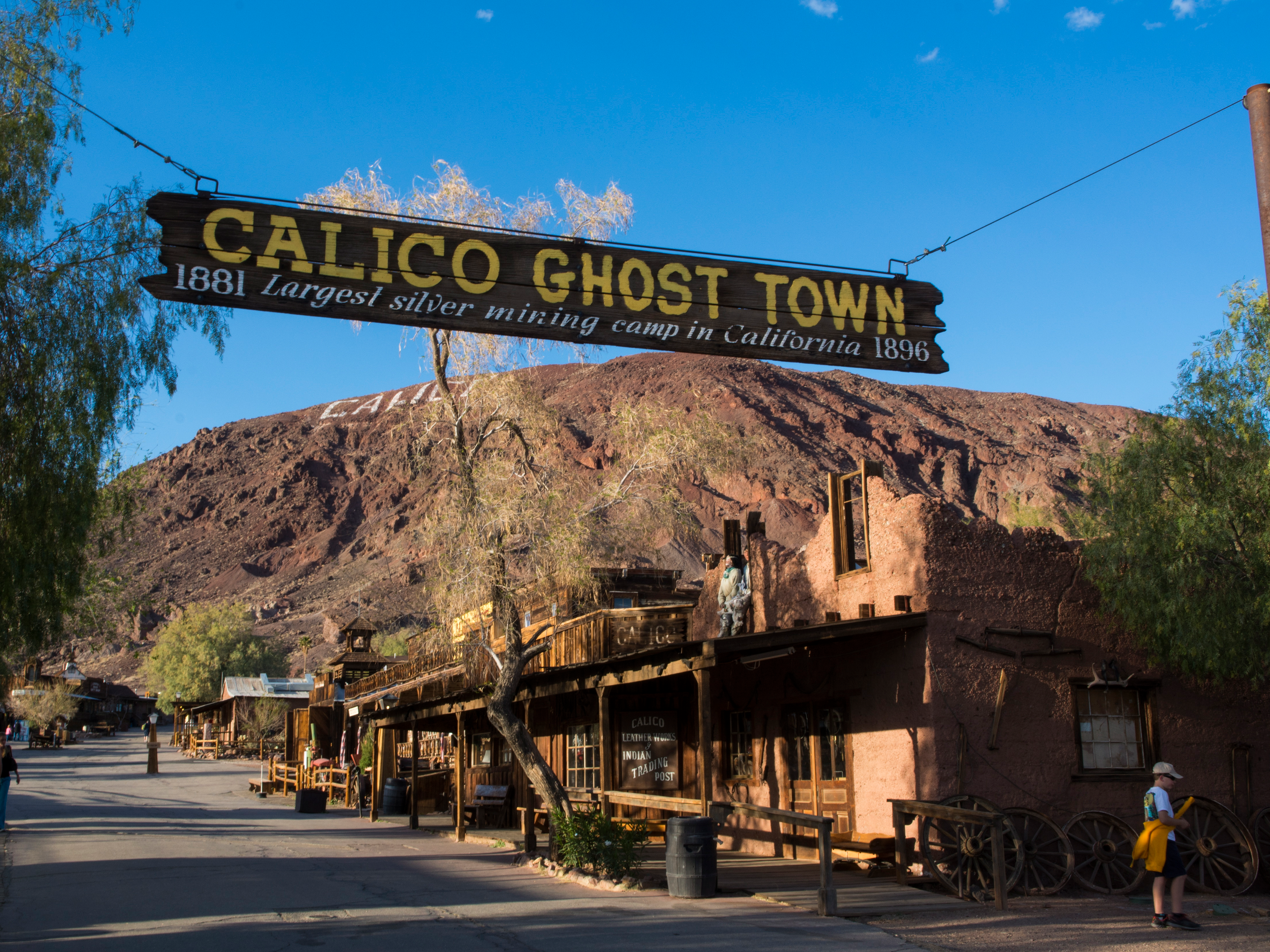 Education Images/ GettyCalico, California, is just one ghost town with an interesting history.

Today, there are ghost towns sprinkled all over the US that continue to fascinate.

But these abandoned communities did not always have dilapidated buildings and empty streets. If you could travel back in time to the early 1900s, you would see that they were once thriving economic centres that housed residents and even families.

Here’s what some of the most famous American ghost towns were like in their prime.

St. Elmo, Colorado, was a booming mining town in the late 1800s. 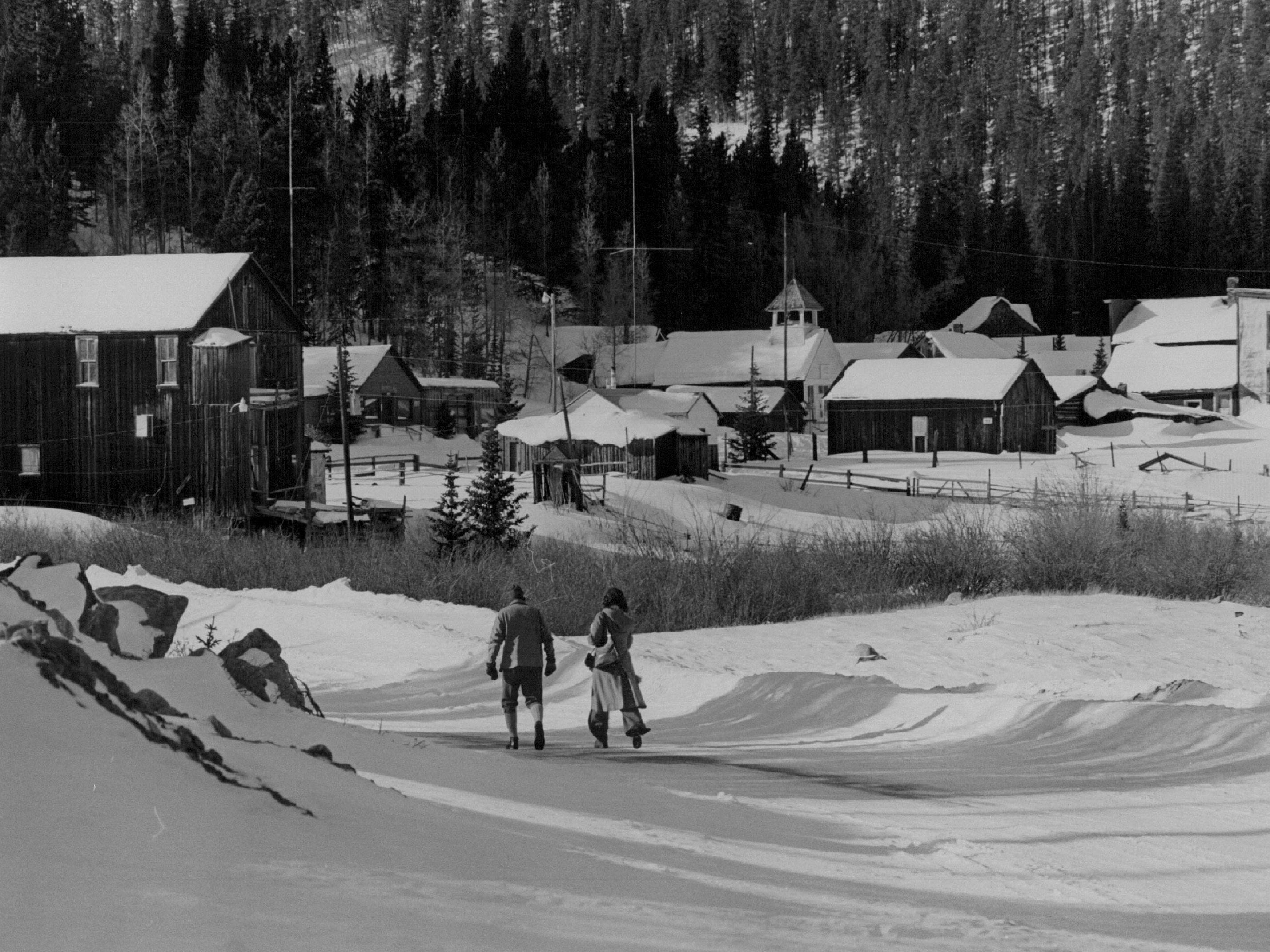 In 1880, people flocked to St. Elmo in Colorado to mine for gold and silver. The town became a bustling hot spot for saloons, homes, and dance halls. At its peak, there were 2,000 residents in St. Elmo, but the town dwindled in the 20th century. According to Colorado.com, “St. Elmo’s population rode the last train out of town and never came back.”

Today, St. Elmo is considered one of the most well-preserved ghost towns in the country. 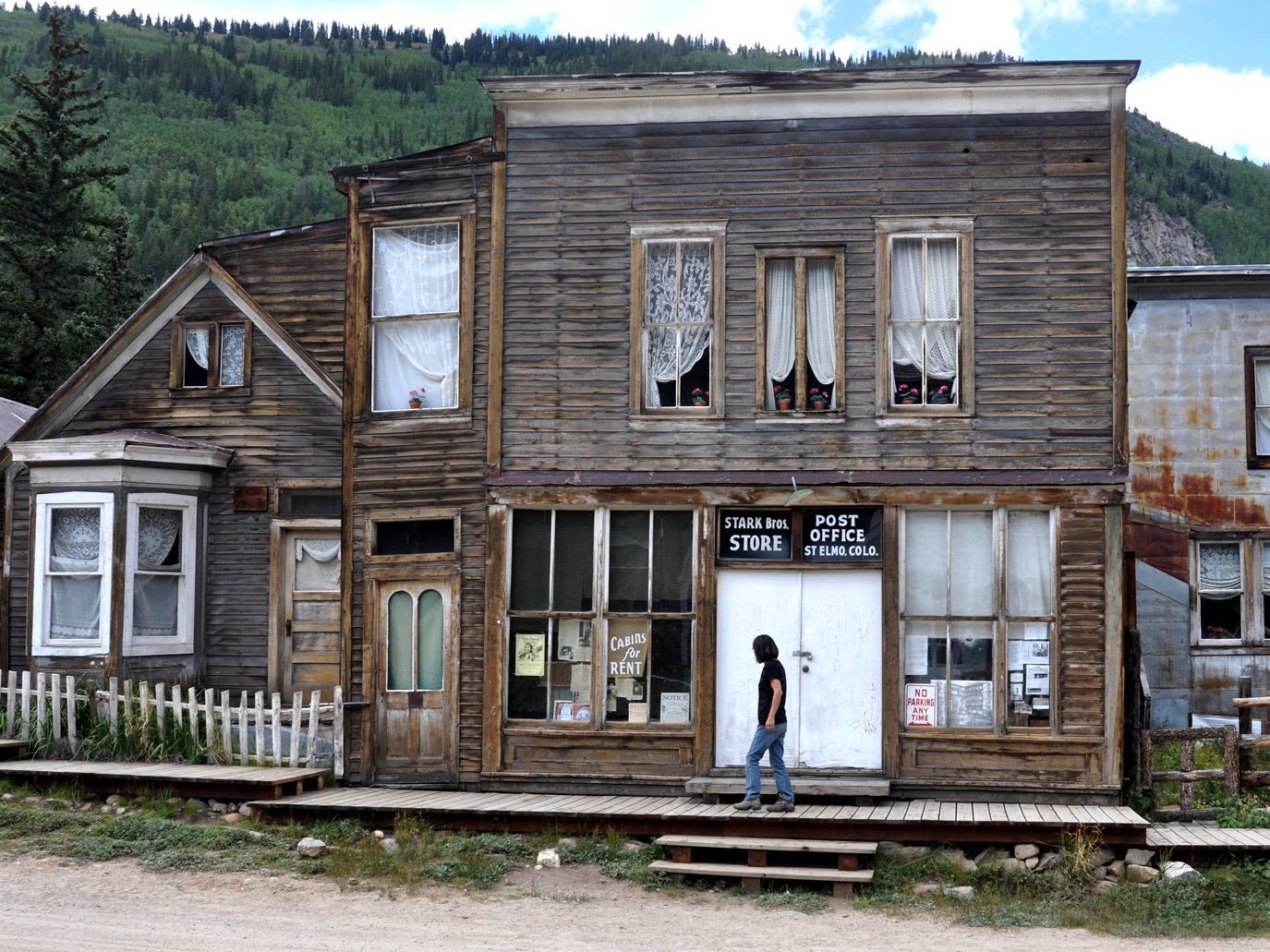 St. Elmo is easily accessible via a dirt road that runs right through town. You can rent a cabin and stay a night in the ghost town or buy something at the general store.

In 1903, the Kennecott Mining Corporation built a mining town on top of a glacier in Alaska. 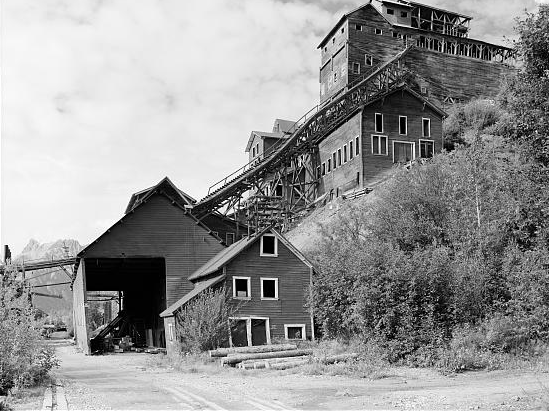 Miners flocked to this copper-rich region to make money. The miners worked seven days a week and lived on the grounds. The men would then send the money they earned back to their families. During its peak, the Kennecott mining town made $US200 million worth of ore.

By 1938, the region ran out of ore and the town shut down for good. 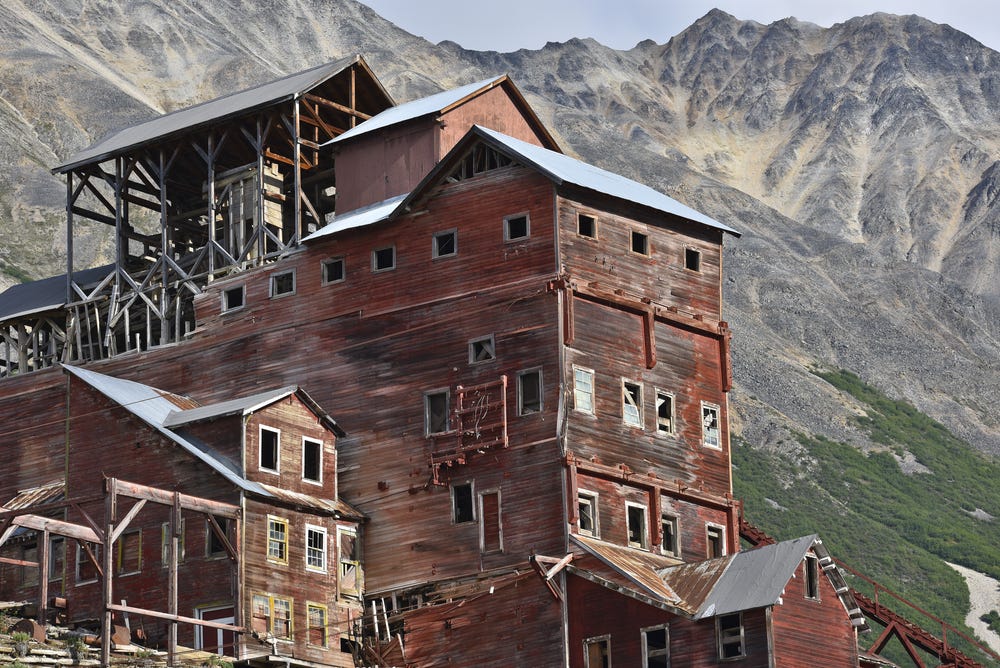 Though Kennecott still stands, the ghost town is in ruins and has been named a National Historic Landmark.

Like Kennecott, there was a mining town in California called Bodie that once had 10,000 residents. 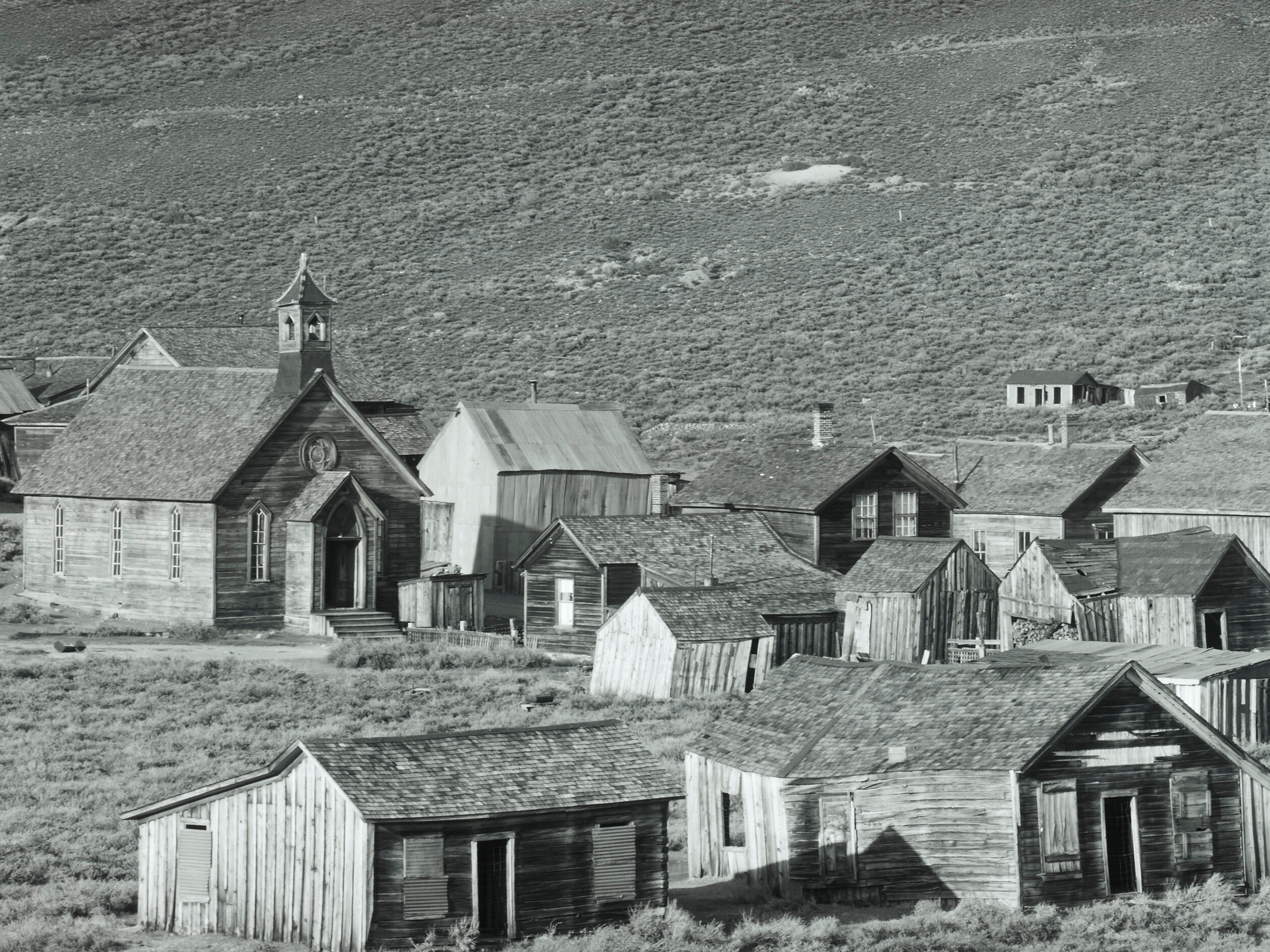 Joe Sohm/Visions of America / Contributor/ GettyBodie, California, in its heyday.

In the late 1800s, Waterman S. Body found gold in the hills near Mono Lake in California. By 1879, many had flocked to the area, the town quickly becoming known as Bodie. Over 25 years, the town produced $US15 million worth of gold. At its peak, over 10,000 people lived and worked in the town, which had over 2,000 buildings.

By the 1940s, Bodie became a ghost town and now attracts tourists. Today, Bodie is a State Historic Park and a National Historic Landmark. More recently, the parks department says the site has been “visited by tourists, howling winds, and an occasional ghost.”

Bannack, Montana, was another mining town that opened in the late 1800s. 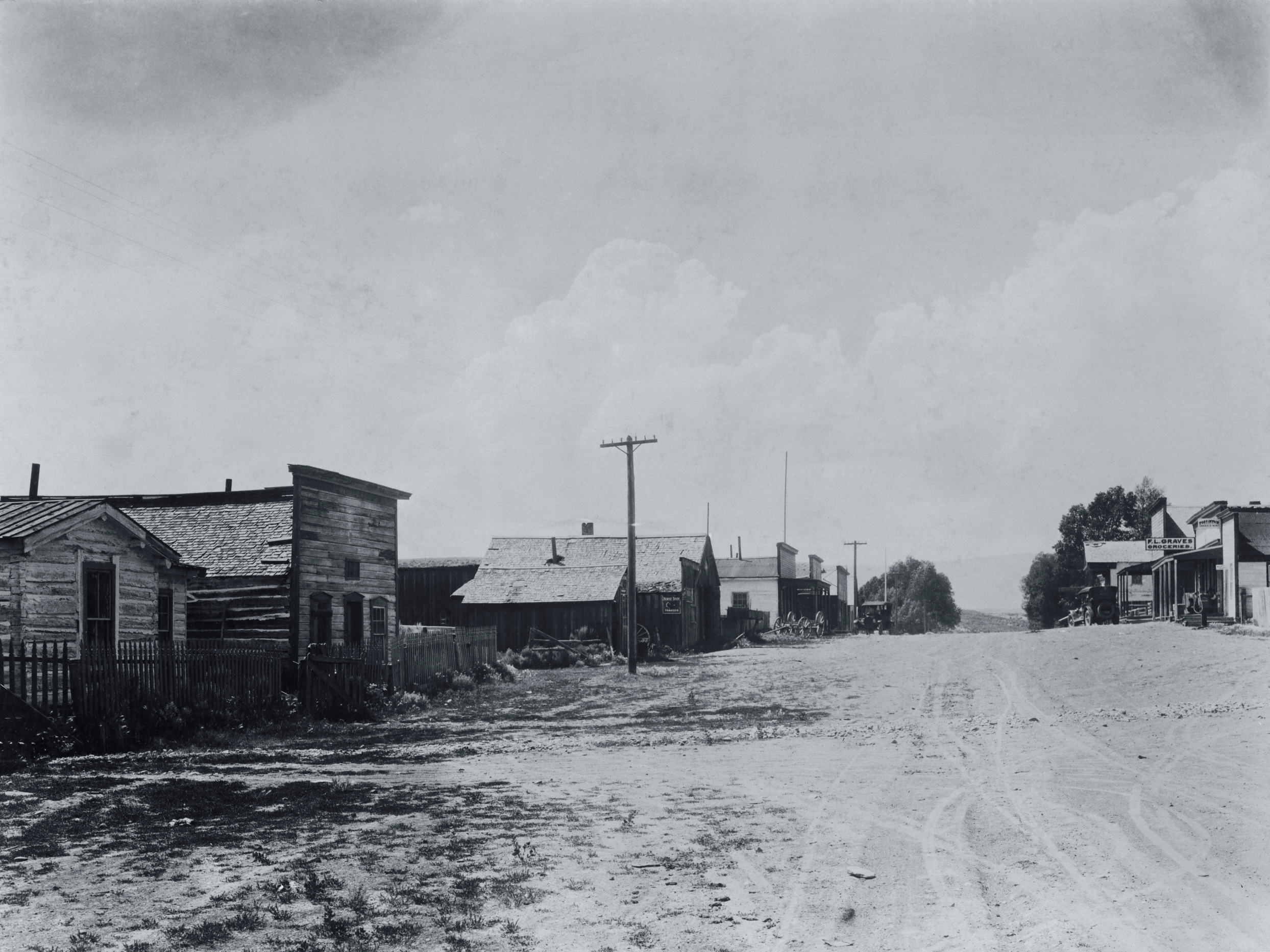 In 1862, gold was discovered near Grasshopper Creek in Montana, and Bannack was born. People came to the region to mind the ore, and the town grew to 3,000 by the end of the year.

But Bannack is perhaps more well known for its infamous sheriff Henry Plummer, who secretly led a murderous gang known as “The Innocents.” During Plummer and his gang’s reign, they killed 102 people and stole from many more. 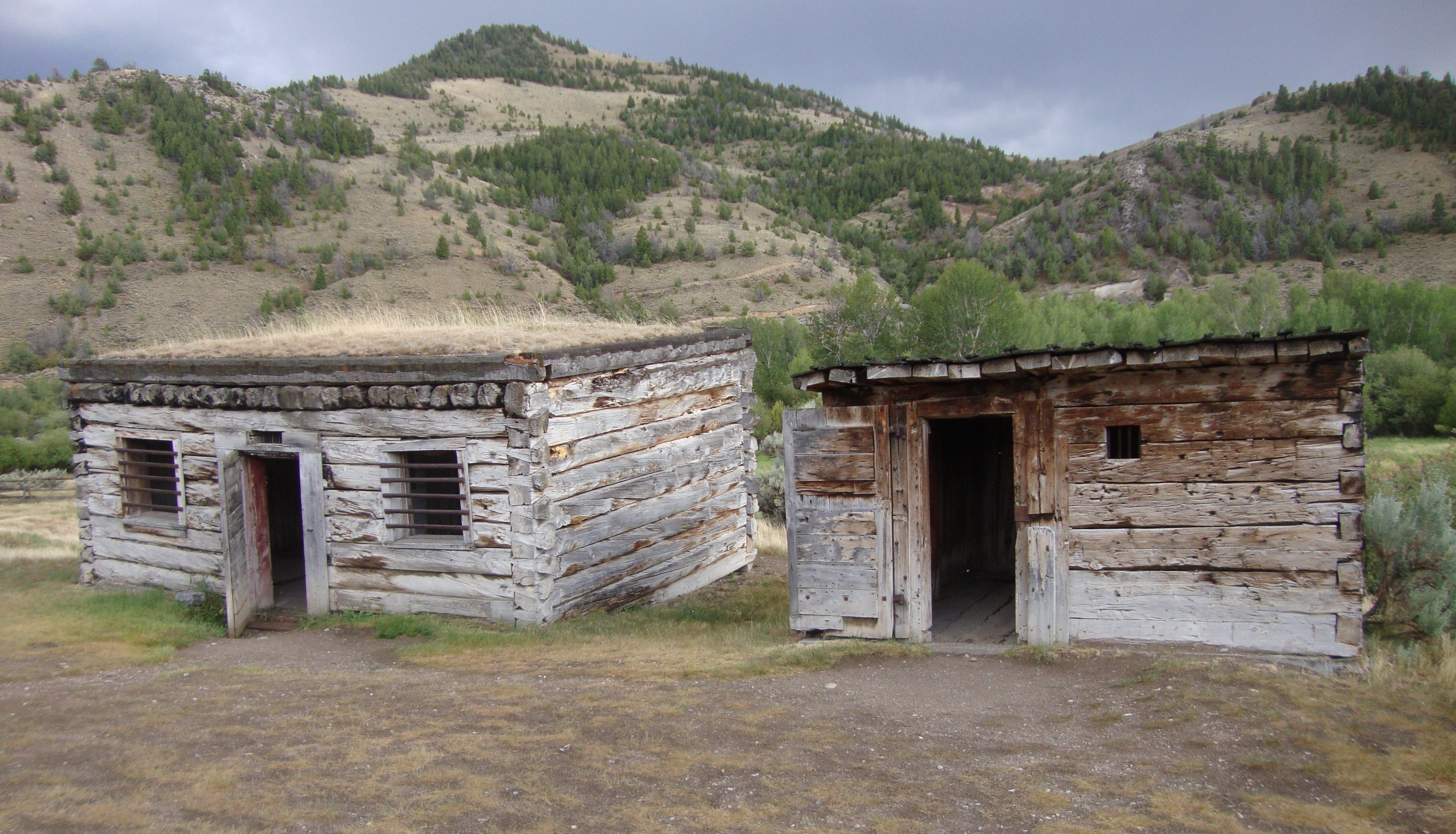 The town is now known as Bannack State Park, where people sometimes come for ghost tours. Sixty structures from the original Bannack still stand, including the jail cells Plummer built when he was sheriff.

Centralia, Pennsylvania, was once a booming mining town. 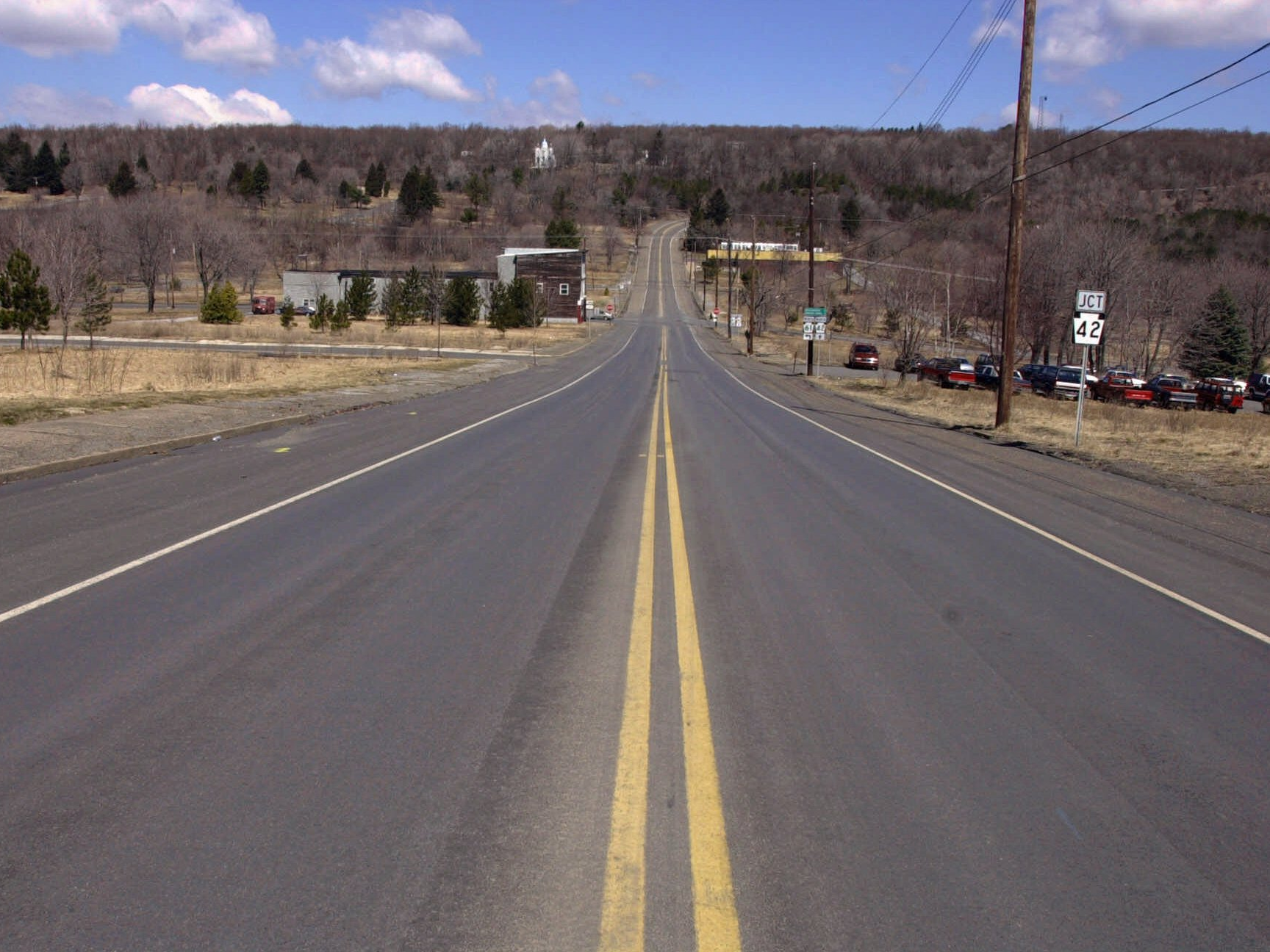 Chris Gardner/ APCentralia before the mine fires destroyed the town.

In the late 1800s, Centralia, Pennsylvania was a booming mining town, dependent on coal. In 1890, there were 2,700 residents in Centralia, which also had shops and entertainment.

In the 1900s, the town turned one of the old mining shafts into a dump. In an effort to get rid of all the garbage that had accumulated, the town attempted to burn all of the trash. But the fire spread throughout Centralia. 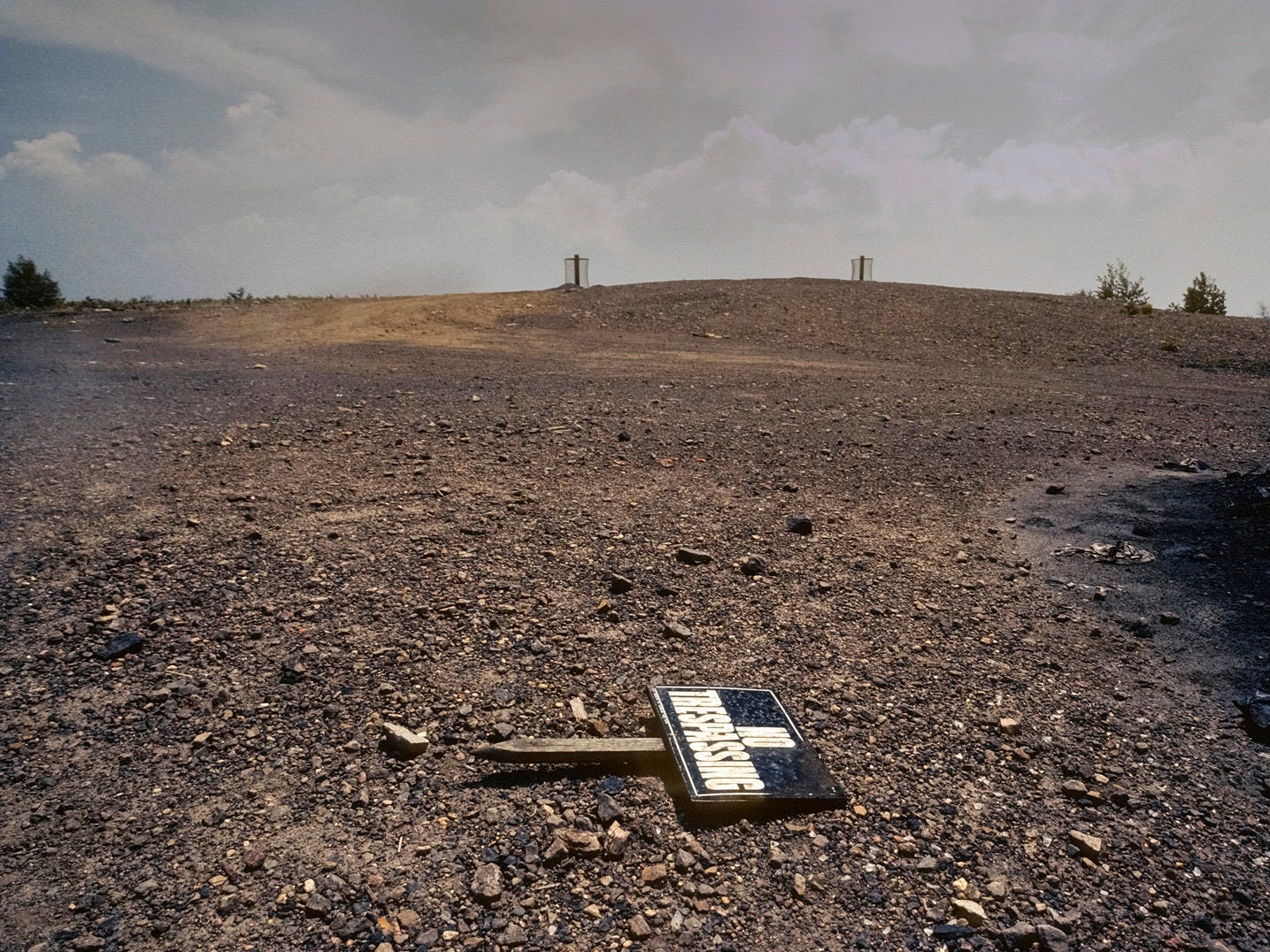 The government bought out all the residents of Centralia,as multiple deaths and health risks were reported. Today, the roads are covered in drawings and writings, renaming the abandoned streets Graffiti Highway.

Thurmond, West Virginia, was a thriving railroad town in the early 1900s. 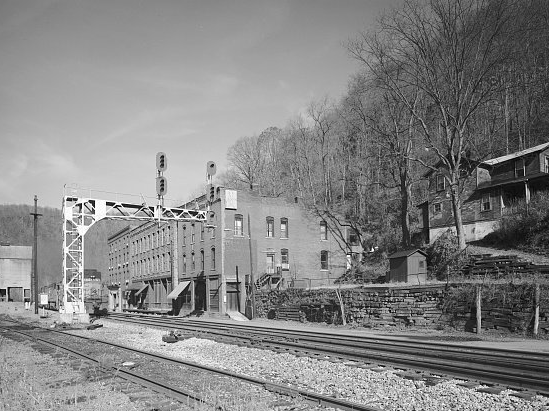 Captain William D. Thurmond decided to purchase and develop 73 acres of land in West Virginia near the C&O Railroad. After 1903, the town quickly became an important stop on the railway for coal and miners, as it had a great steam engine repair shop.

Thurmond declined in the ’50s when diesel engines were introduced. Thurmond no longer served a purpose when diesel engines were introduced into the railroad industry. The town is now considered a ghost town.

Calico, Califonia, is yet another mining town that boomed during the 1800s. Calico was the idyllic Wild West mining town, with 500 mines. During its time in operation, the town produced $US20 million in silver.

At the end of the 19th century, silver lost its value, as did Calico. After its decline, Calico became a ghost town. In the 1950s, however, the town was restored and it became a State Historical Landmark.

In the early 1900s, Ludlow, Colorado, was the site of a deadly massacre. 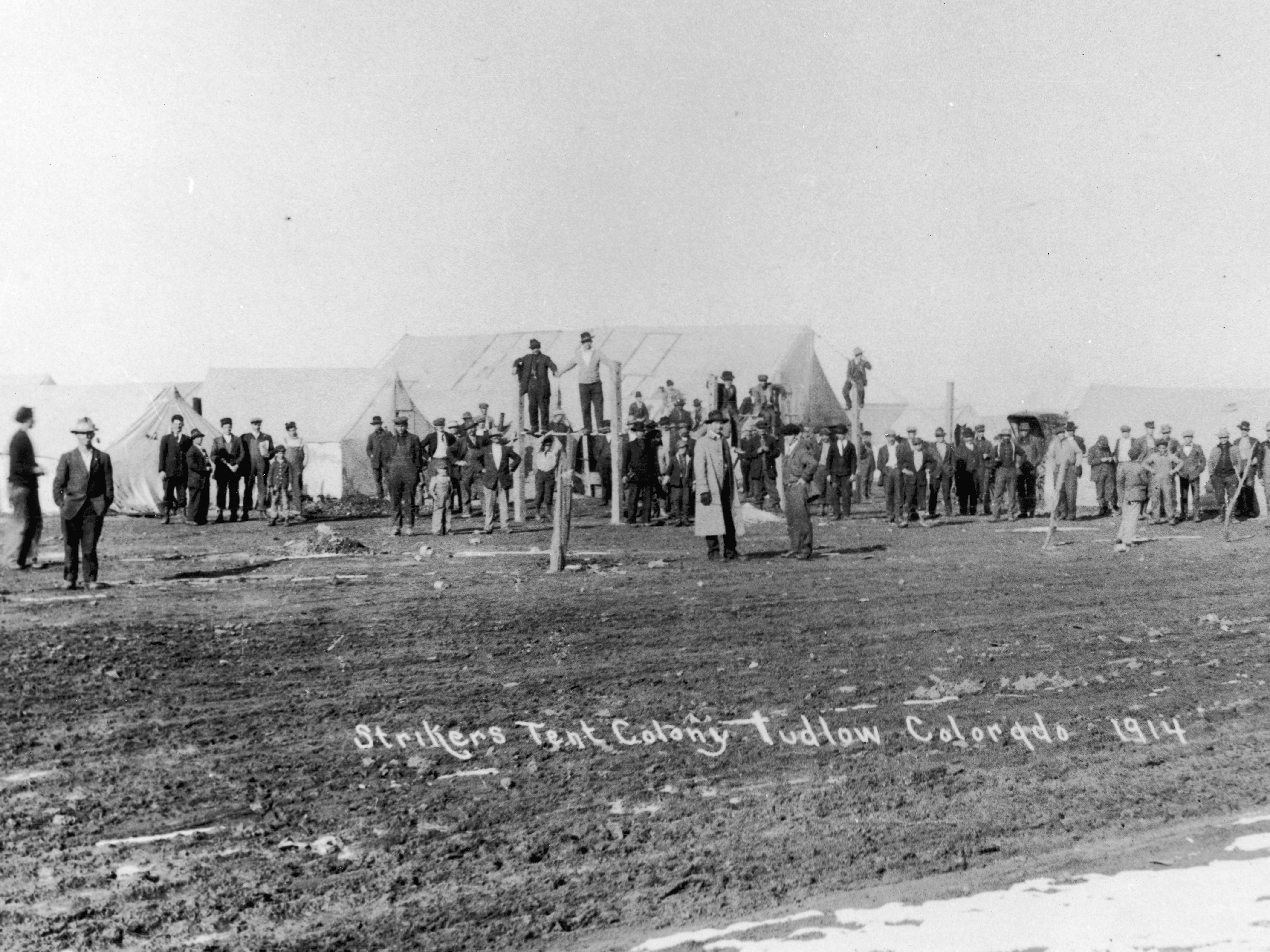 Fotosearch/ GettyThe tent city that was created in Ludlow.

Ludlow was a mining town of over 8,000 people. In 1913, the miners went on strike to demand better pay and safer working conditions. They set up a tent city in front of the mines, so they couldn’t be pushed out. But the Colorado Fuel & Iron Company would often ransack the makeshift city. It all came to a head in April 1914 when the National Guardsmen were called in and killed 25 people, including 11 children.

After the massacre, Ludlow became a ghost town. Parts of the old mining town is still standing today, including the school, the memorial site, the cellar where the children were killed, and the tents where the residents lived.