DE Shaw just lost another portfolio manager, and this time, it’s their biggest China guy, Liang (Leon) Meng, who had been a Partner and their Greater China CEO.Just last year, it sounded like the firm was expanding their reach into Asia by opening two offices in Shanghai and Tokya, but that future is somewhat unstable now that the head of its Hong Kong office has resigned.

Meng resigned to team up with Kevin Zhang, a former Goldman Sachs partner who was co-head of its Asian Special Situations Group from 2005 to 2009 to launch a PE firm in China, according to Reuters. Both are Yale MBA graduates.

Reuters has the details on the launch:

Meng and Zhang are setting up a new firm to raise about $500 million for a China-focused private equity fund.

[They] received some capital commitment for the new fund from some Chinese entrepreneurs whose companies were invested by Meng and Zhang when they were with D.E. Shaw and Goldman.

Meng began his career at Credit Suisse First Boston in New York, where he focused on M&A in the media and telecommunications sectors.

Later, he was hired from JPMorgan, where he was made a managing investor of JPMorgan Securities in the Asia Pacific region in 2004 and also served as the co-head of the firm’s investment banking business in China. He joined DE Shaw in 2007 and became the firm’s first Chinese Partner.

For DE Shaw, Meng’s departure appears to be quite a loss. It comes just after Daniel Posner announced that he would be leaving the firm for Golub Capital, in late 2010, and the firm lowered fees to appease investors. 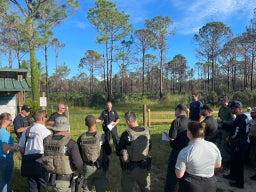