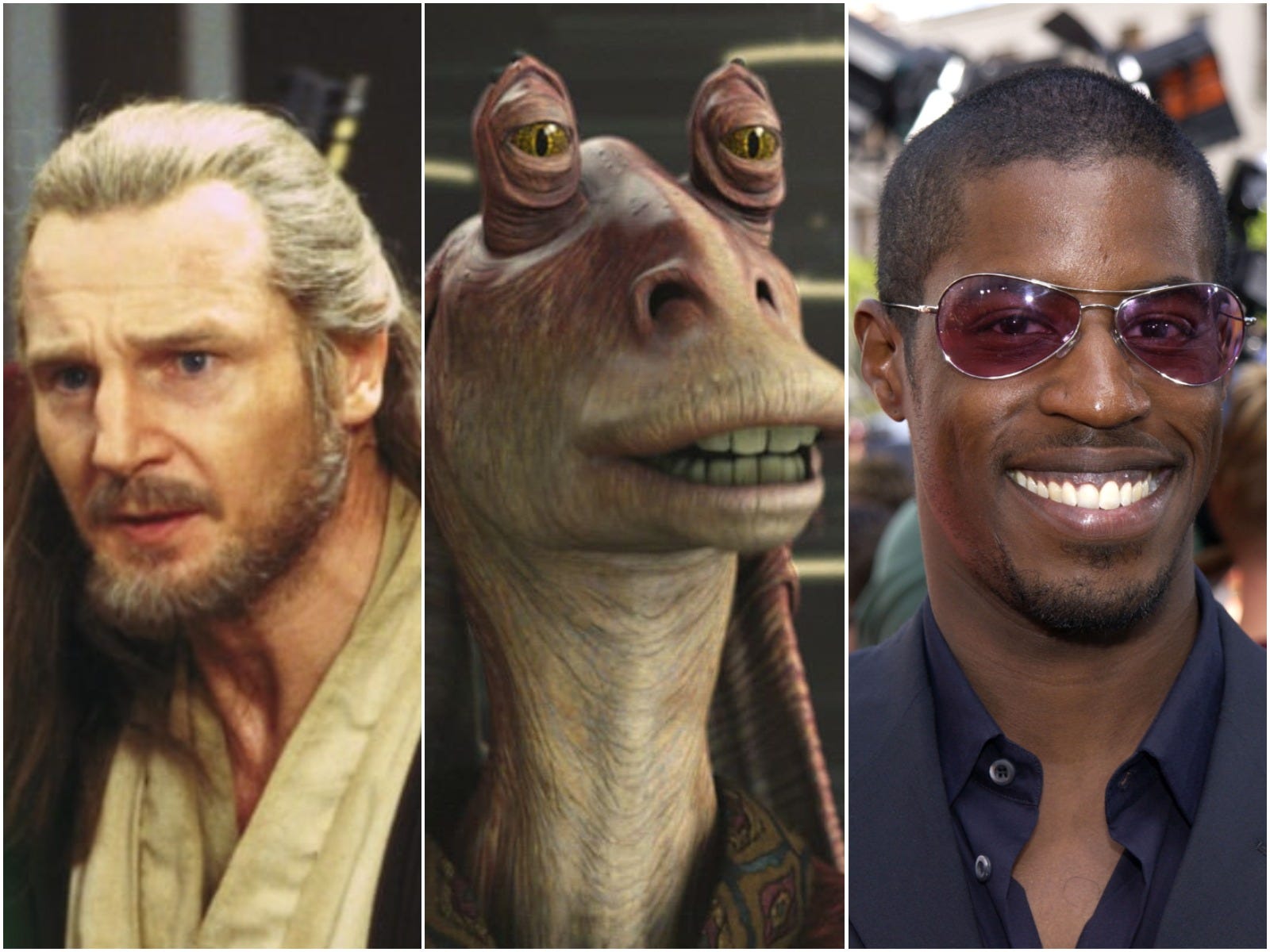 Liam Neeson defended “Star Wars: The Phantom Menace” and his costar Ahmed Best, who was heavily criticised in his role as Jar Jar Binks.

In an interview on Monday with Andy Cohen on SiriusXM’s “Radio Andy,” Neeson said: “I know a lot of fans and critics didn’t like it and my lovely friend Ahmed Best, who played Jar Jar Binks, came in for a lot, a lot of criticism. To the point where it really hurt his career.”

Neeson, who played Jedi master Qui-Gon Jinn, said: “And I have to say when I was making that film â€¦ he was probably one of the funniest guys and talented guys I have ever worked with. I remember calling my old ex-agent at ICM and said, ‘I think I just worked with the new Eddie Murphy.’ I still believe that.”

Best was derided at the time for Jar Jar, with the character created for comic-relief but quickly becoming the most hated “Star Wars” characters in the entire franchise. Best has previously opened up about the effect that the critics’ and fans’ reactions, which included death threats, had on him and said it even drove him to consider suicide.

20 years next year I faced a media backlash that still affects my career today. This was the place I almost ended my life. It’s still hard to talk about. I survived and now this little guy is my gift for survival. Would this be a good story for my solo show? Lemme know. pic.twitter.com/NvVnImoJ7N

Neeson continued: “Truly, he is one of the funniest guys. He had all of us in stitches â€” including George Lucas. And then bam, the film comes out and he’s attacked, personally attacked by fans and critics for whatever reasons.”

However, Best is now hosting the “Star Wars”-themed children’s game show “Star Wars: Jedi Temple Challenge” on Disney Plus, and Neeson told Cohen about the experience that Best had at Star Wars Celebration Chicago in 2019.

Best, who also featured in “Attack of the Clones” and “Revenge of the Sith,” albeit to a lesser extent, received a rapturous greeting and a standing ovation. Neeson said: “It was a beautiful thing to hear.”

“I’m very proud of the film, I got to be a Jedi, got to play with those wonderful lightsabers and stuff, it was terrific. It really was,” Neeson said. “I liked the movie. I’m proud of it. I’m proud to have been a part of it.”

Listen to the full interview segment below: