The boss of Moto GP said he backs Lewis Hamilton's push for diversity in motor racing, even though his sport has never had a single Black rider 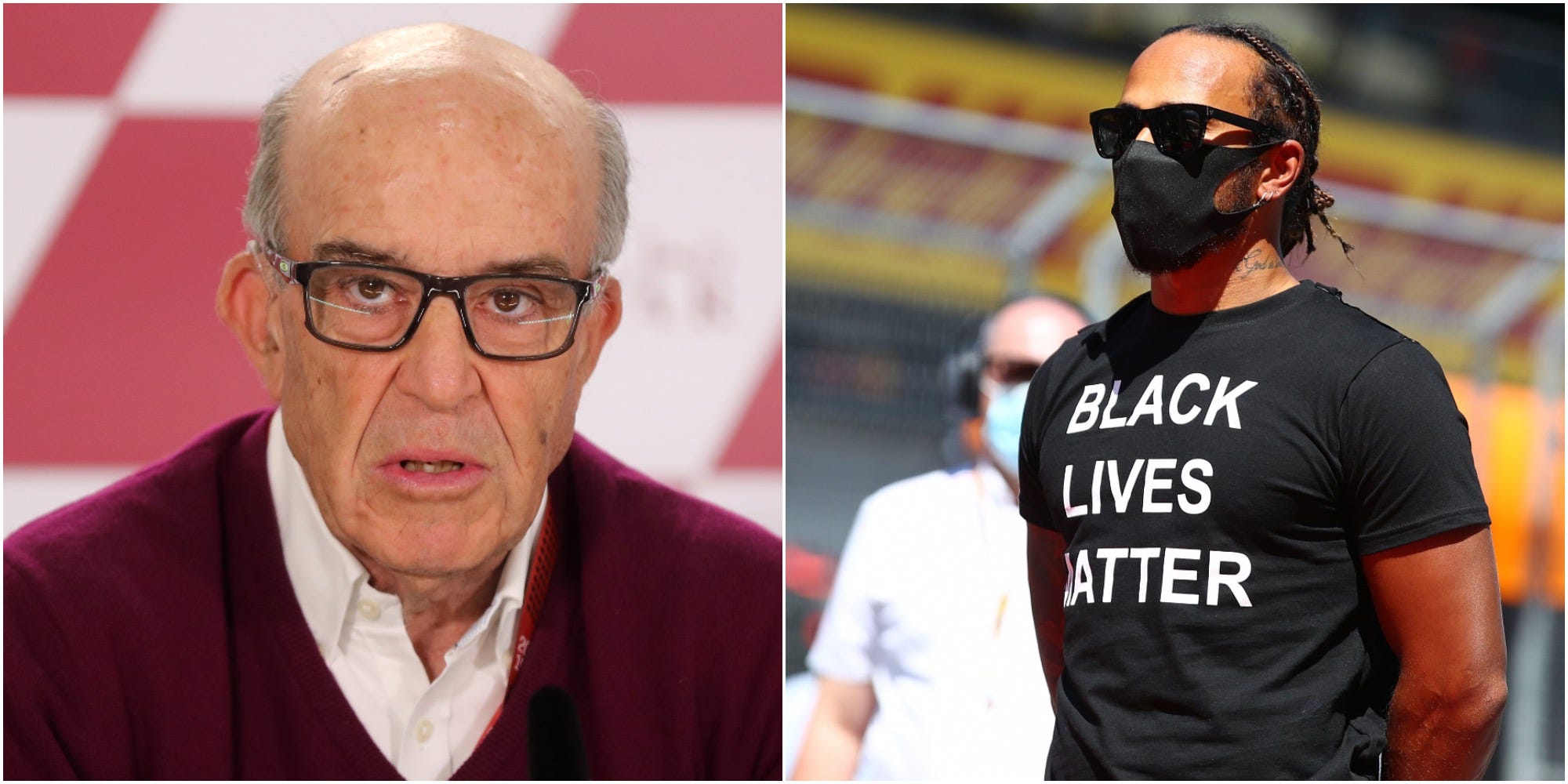 Carmelo Ezpeleta, the head of Moto GP, says he is in favour of Lewis Hamilton’s push for more diversity in motorsport.

Hamilton, who is Formula One’s only Black driver, announced last month the launch of The Hamilton Commission, a research partnership with the Royal Academy of Engineering aimed at providing more young Black people a route into motorsport through subjects such as science, mathematics, and technology.

The commission will also aim to tackle “problematic hiring practices” that prevent people from diverse backgrounds joining the racing industry.

“The time for platitudes and token gestures is over,” Hamilton wrote in a column in The Sunday Times. “I want to see the sport that gave a shy, working-class Black kid from Stevenage so much opportunity, become as diverse as the complex and multicultural world we live in.”

Speaking with Insider when asked about Hamilton’s commission, Ezpeleta said: “Of course we are in favour, we are against any kind of racism.”

Despite Moto GP never having had a Black rider, and just three current riders being from outside Europe, Ezpeleta added: “Moto GP has always been very open to all nationalities and races. In fact, we have a lot of people from Asia, we have had a lot of world champions from Japan.

“We have people from all the religions. We have a championship precisely to create heroes from other cultures.”

Lewis Hamilton’s team did not immediately respond to a request for comment from Insider on Ezpeleta’s remarks.

MotoGP set to resume this week

The 2020 MotoGP season was due to commence in Qatar on March 8, however the campaign was halted at the last minute due to the global coronavirus pandemic.

Though racing will resume on July 19 at Spain’s Circuito de Jerez, the pandemic has forced the season to be cut from 20 races to just 13, across just eight circuits, all in Europe. Races will also be take place behind closed doors.

Another four races in the United States, Argentina, Thailand, and Malaysia, could also be scheduled to close the season out in November and December, however a decision on whether or not it would be safe to travel outside of Europe is not expected until the end of July.

“It will be strange,” Ezpeleta told Insider. “Never has there been a championship without spectators, but in my opinion, in the end, the most important thing was the races.

The Spaniard added: “The worst thing has been the worldwide situation around the world, many people have died, many people are not with us right now.

“The rest is something else, [but] sport is entertainment. I hope the people watching the races can forget about this horrible situation.”

The Moto GP season is available to watch on NBC Sports in the United States, on BT Sport in the United Kingdom, or worldwide with MotoGP’s online VideoPass.

Lewis Hamilton says he is ‘overcome with rage’ at the death of George Floyd, and that he is sick of people of colour being ‘born guilty’