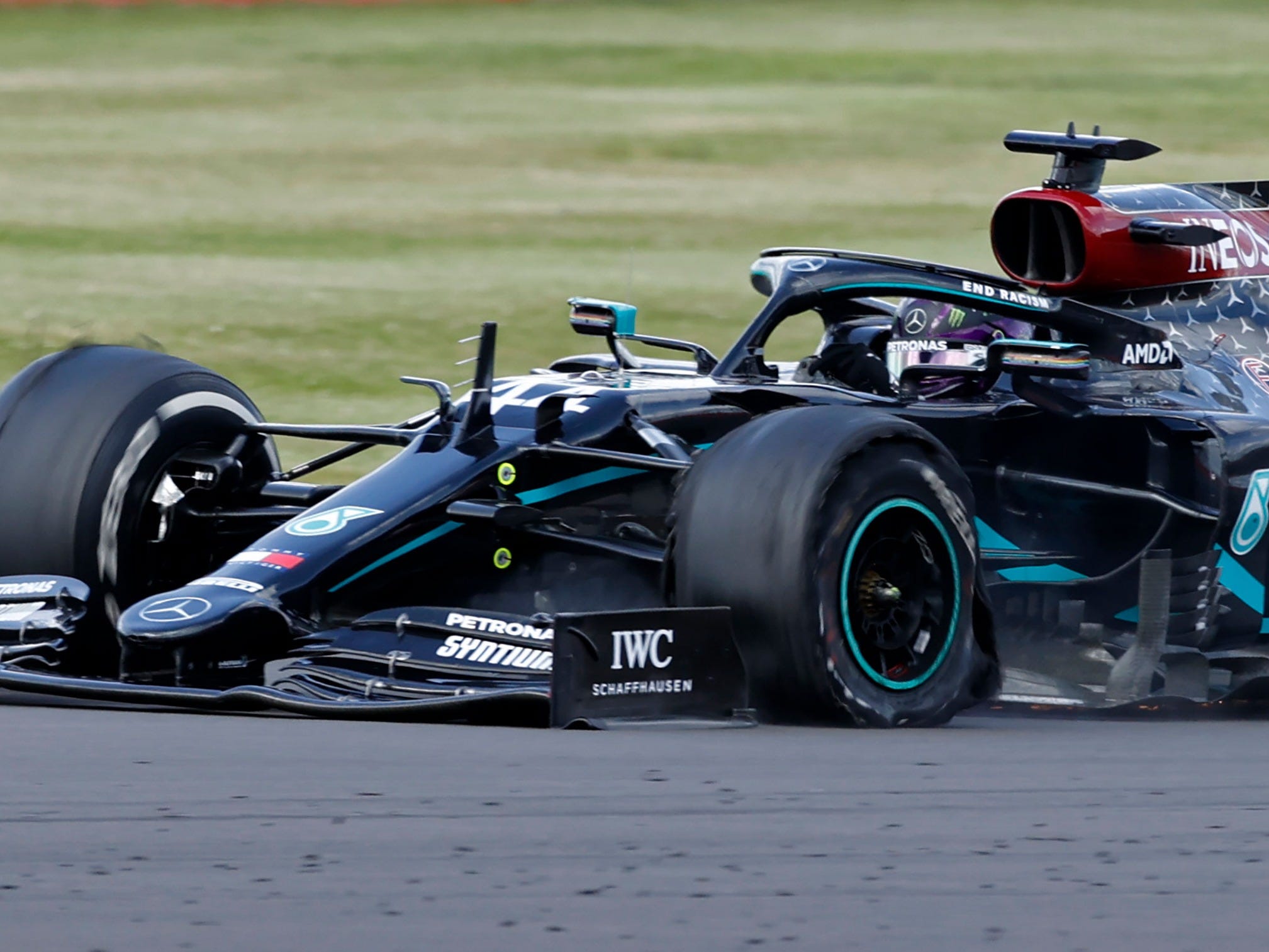 ANDREW BOYERS/POOL/AFP via Getty ImagesLewis Hamilton’s blown tire and a key pit decision from his top opponent made for a thrilling finish at the British Grand Prix.

The British Grand Prix ended in high drama on Sunday with Lewis Hamilton barely holding on to win the race for the seventh time in his career.

Hamilton and his Mercedes teammate Valtteri Bottas had run in the first two positions through the entire race, but things got dicey in lap 50 of 52 when Bottas’ front-left tire suddenly blew out, taking him out of contention.

Given that Hamilton and Bottas had run similar races to that point, it was clear that Hamilton may have his own troubles coming soon.

After Bottas fell out of the race, Max Verstappen moved up into second place, but because of the distance between himself and the leading Mercedes in the final laps, Verstappen’s team elected to pit for new tires to take the fastest lap of the race.

The decision looked fortuitous for a moment, as Verstappen was able to record the fastest lap, but in the final lap of the race, Hamilton blew a tire of his own. When it happened, it was unclear if the 30-second gap between himself and Verstappen would be enough for him to make it through the final corners of the race.

Verstappen closed the gap quickly, but Hamilton just barely made it across the finish line in time.

When the car pulled in at the end of the race, it was clear just how close Hamilton had come to disaster.

Hamilton did enough to hold on, but he’s likely never been more thankful to see a checkered flag.

A Pacers player who was dumped by his previous team exploded for 53 points in the bubble and hit 2 audacious, clutch shots to beat the Sixers