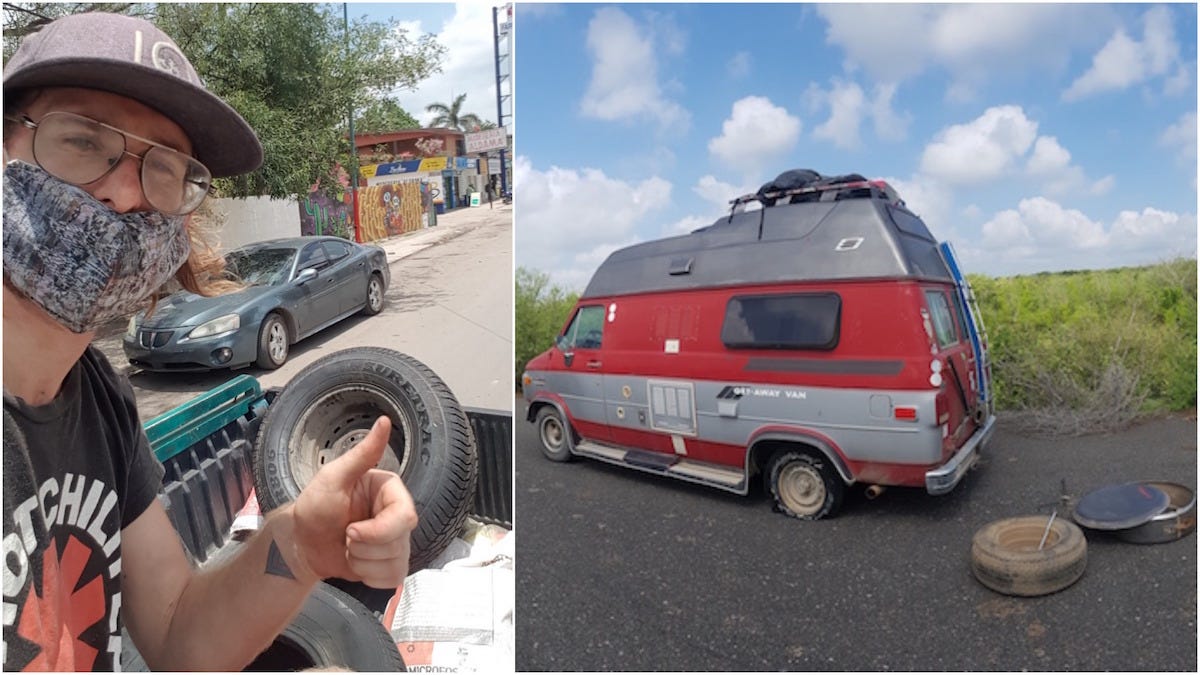 These are the brass tacks of my journey home to Canada from Guatemala in a van during the height of the COVID-19 pandemic, a road trip that ended up teaching me seven important lessons about travel and life.

A friend and I – who dubbed ourselves the @vanmigos on Instagram – originally began our journey in February 2019 when we set out to explore Central and South America in our 1988 Chevy Getaway Van, affectionately known as Vanessa.

Fully loaded with a fridge, sink, and two beds, Vanessa was the perfect fit for two single lads ready for the adventure of a lifetime. 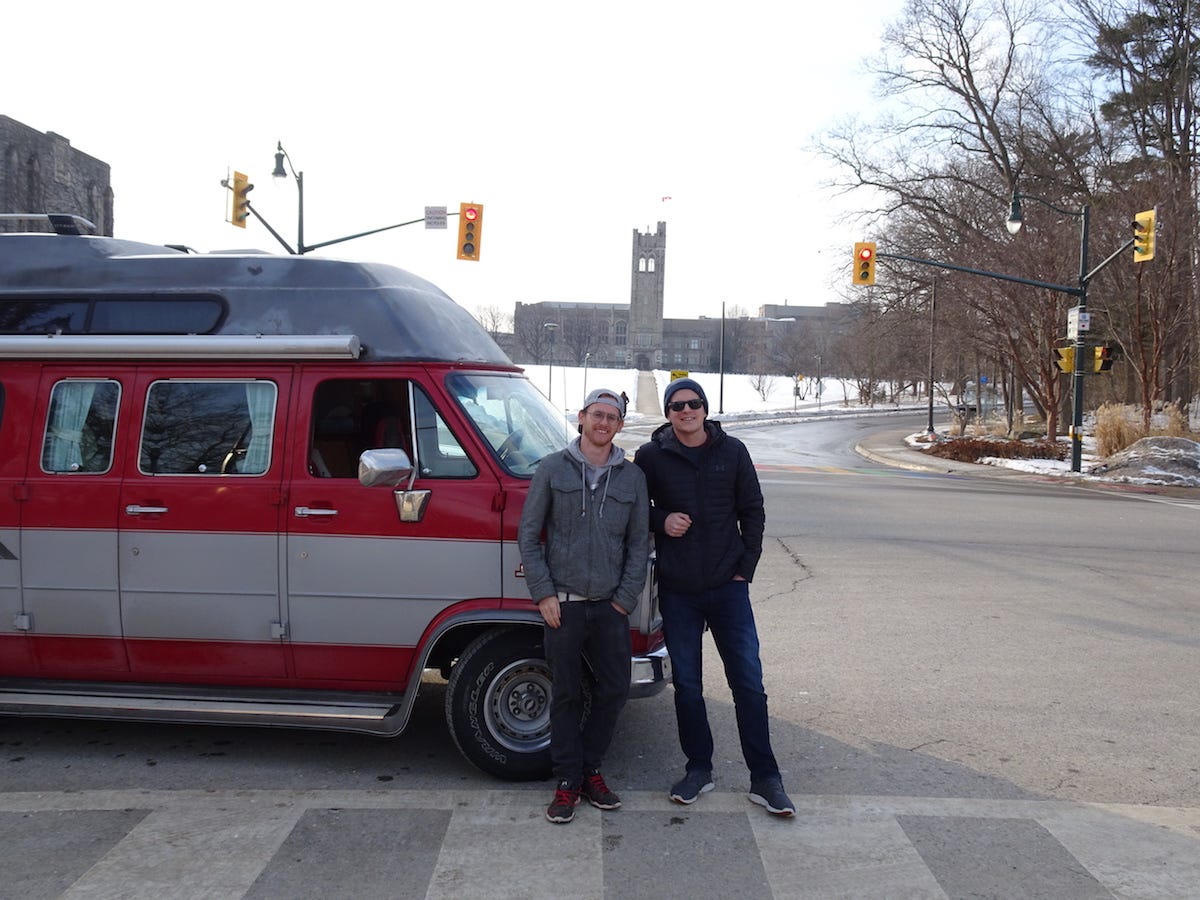 Colin Mills @vanmigosThe vanmigos alongside Vanessa at our alma mater Western University on our way out of Canada.

I wasn’t willing to leave Vanessa – my home – behind

After traversing 10 countries over 15 months and losing my original “vanmigo” along the way, Vanessa and I had landed back in Guatemala when the COVID-19 pandemic pressed pause on the world.

I had begun a work trade at Guatemala’s Fungi Academy when news of the virus spread. I was extremely lucky to have arrived at my destination on Lake Atitlán when I did, as only a week prior I had been gallivanting solo around El Salvador.

Guatemala closed its borders on March 11. The government restricted travel between towns, and a curfew was enforced from 4 p.m. to 4 a.m.

Though a repatriation flight was one of many options to consider, there was no way I was leaving Vanessa – my home – in Guatemala.

Surrounded by beauty with all of my needs met, I decided to hunker down and see how things played out. 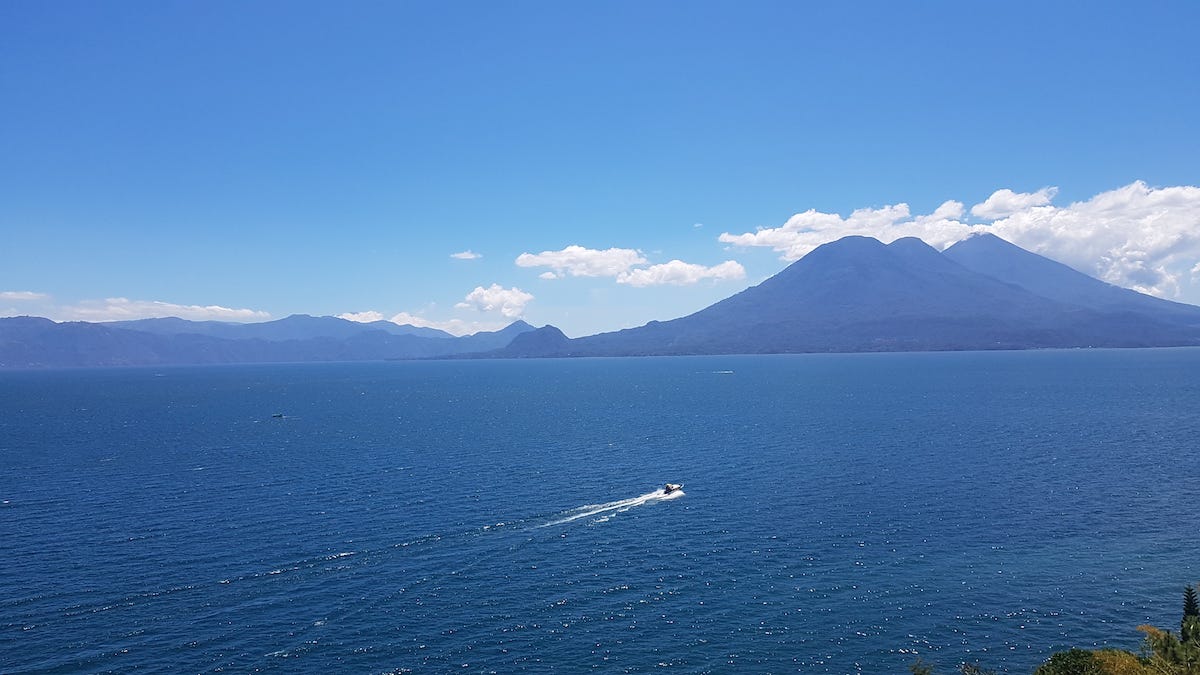 Colin Mills @vanmigosI can think of worse places to be locked down than Lake Atitlán, Guatemala.

After two months of laying low surrounded by stunning views, beautiful people, and an abundance of resources, I decided it was time to attempt the trip home.

The challenge? The two countries in my way – Mexico and the US – had some of the highest infection rates of the virus at the time. Luckily, my fellow Canadians Crystal Drinkwalter and Jazmyn Canning, or the @vanwives, had completed the same trip only weeks prior, and in talking to them I was assured it was smooth sailing – or at least it had been for them.

Armed with excitement, uncertainty, and a letter from our respective embassies, I and my new Danish copilot, Alex, – whom I had met on arrival to the Fungi Academy – headed into the unknown toward Mexico.

Our governments told us to cross at the Tecún Umán border, and not the nearby El Carmen crossing. There, locals on the Mexican side had put up roadblocks to prevent foreign tourists from entering. There was an immense fear of tourists spreading the virus because of the outbreaks that were widespread in Europe at the time. 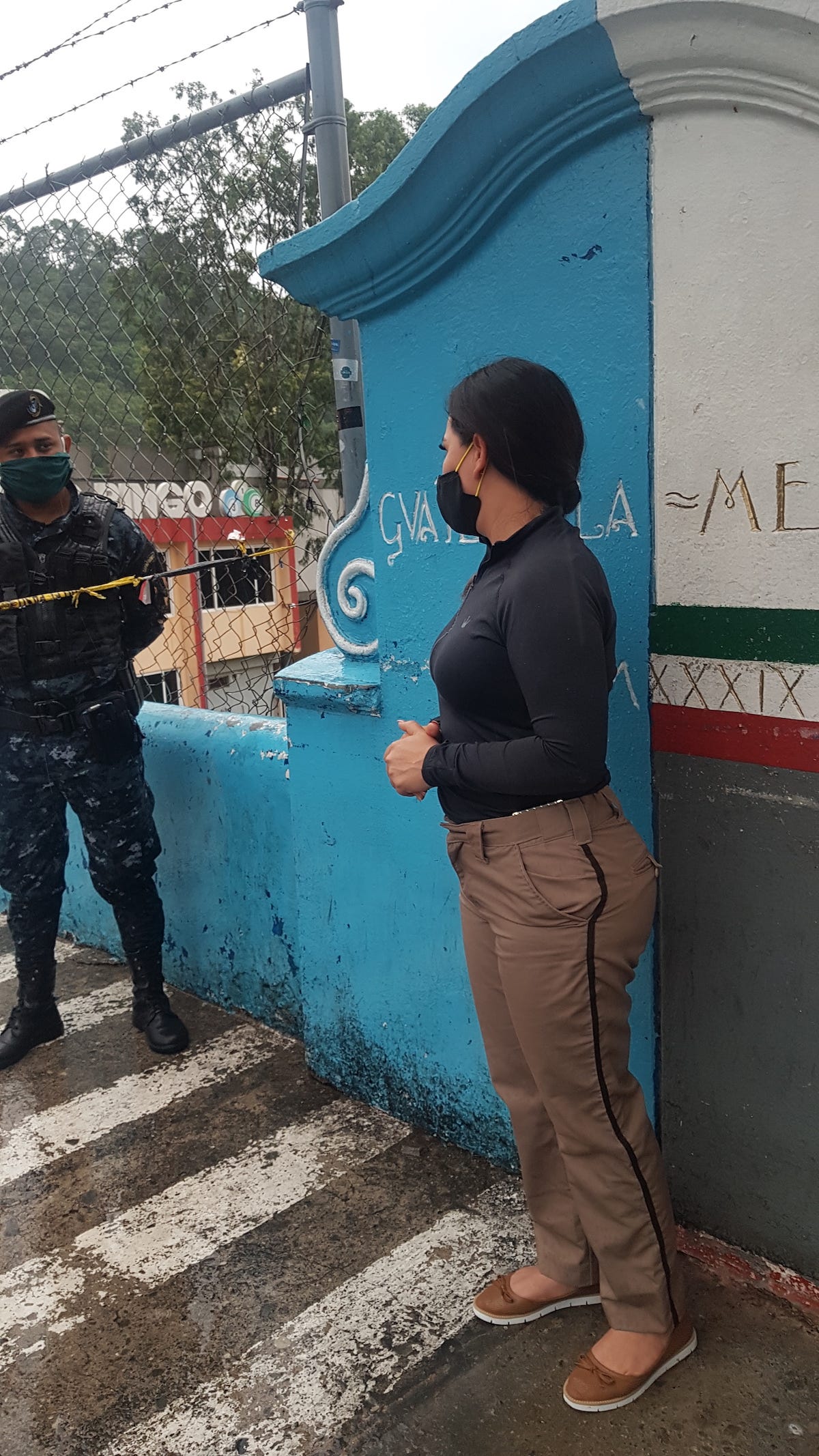 Miscommunication led to us spending 24 hours at the Guatemalan border.

The confusion began when a local police officer pulled us over only minutes from the border to tell us it was closed. He suggested trying El Carmen, which went directly against our government intel. After some discussion, we decided to heed the officer’s advice and try our luck at El Carmen, which was a big mistake.

Much like a person needs a visa, a vehicle requires a permit to travel in foreign countries. With the way the El Carmen border is set up, we had to pass through the vehicle-permit office before going through immigration and on to Mexico. Everything seemed copacetic as I cancelled Vanessa’s permit and continued on to immigration.

It was soon clear the employees in the vehicle-import office were not informed of the roadblocks in Mexico. The Guatemalan immigration officers urged us to speak with the Mexican border before proceeding to be stamped out of Guatemala and barred from reentry.

The Mexican officials were fine with admitting us to the country but informed us it was not safe for two white men to pass through this border.

I realised I would have been lost without Alex’s ability to communicate with the border officials, which reinforced my need to become fluent in Spanish.

We were unable to cross into Mexico or backtrack to Guatemala in an unpermitted vehicle and stuck in no-man’s-land in the middle of a downpour. Good thing Vanessa doubles as a home. 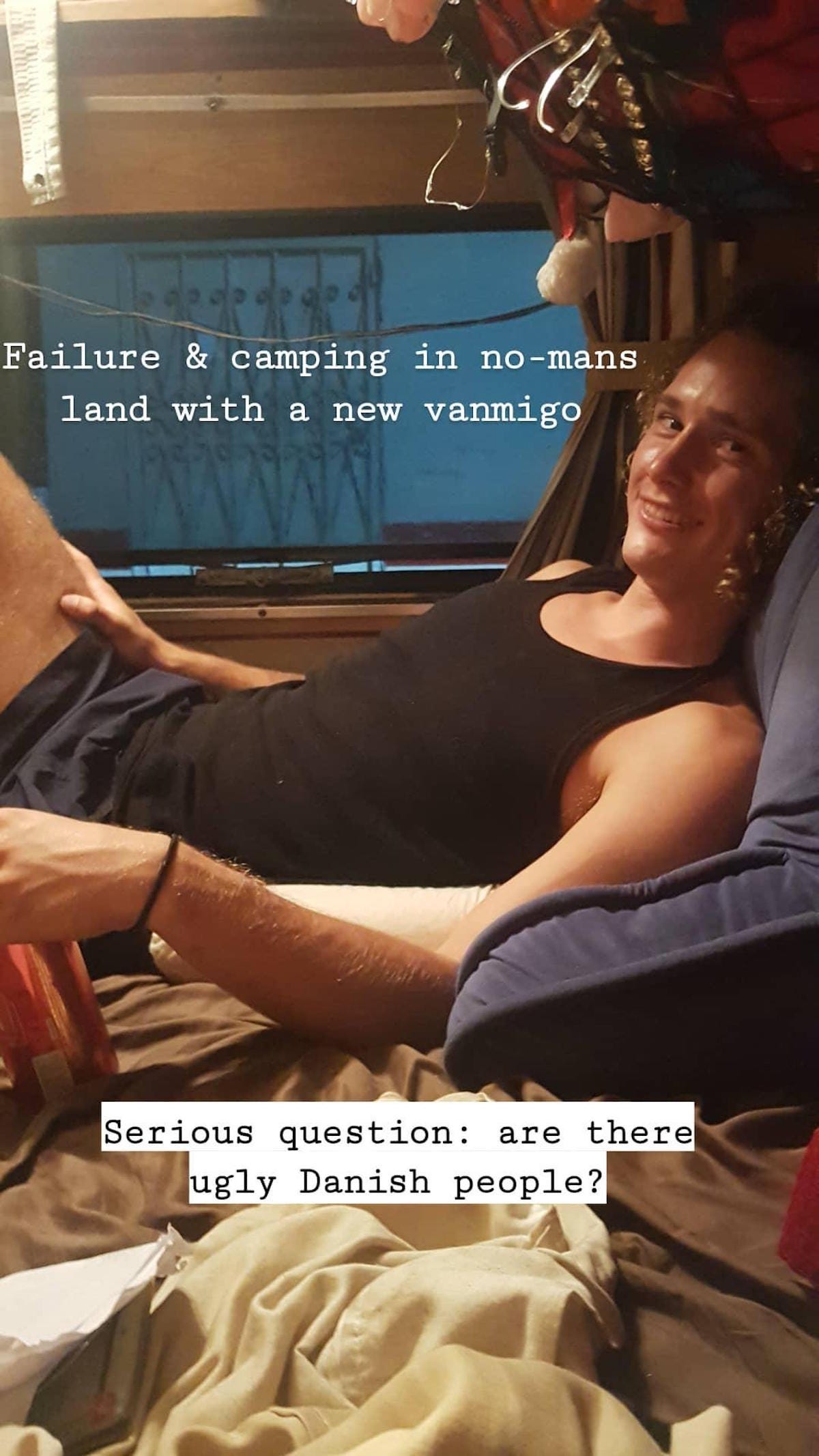 Colin Mills @vanmigosMy copilot, Alex, during our night on no-man’s-land.

Lesson 2: Get your information from the right source

Though my previous permit was still valid, for reasons unknown, the vehicle-import office said they could not issue us a new one to travel back to the Tecún Umán border. Stuck between a rock and a hard place, we decided to take our chances and drive through Guatemala with an “illegal” vehicle.

We thought we had a better chance explaining the situation to roadside officials than getting help from the import office. We made the hour drive without a hitch, and after a few more hours of sweet-talking from Alex, we were finally allowed to leave the country.

In hindsight, we could have saved a lot of time and avoided major roadblocks had we ignored the police officer’s advice. Cancelling Vanessa’s permit without leaving the country caused a lot of confusion and no constructive solutions. 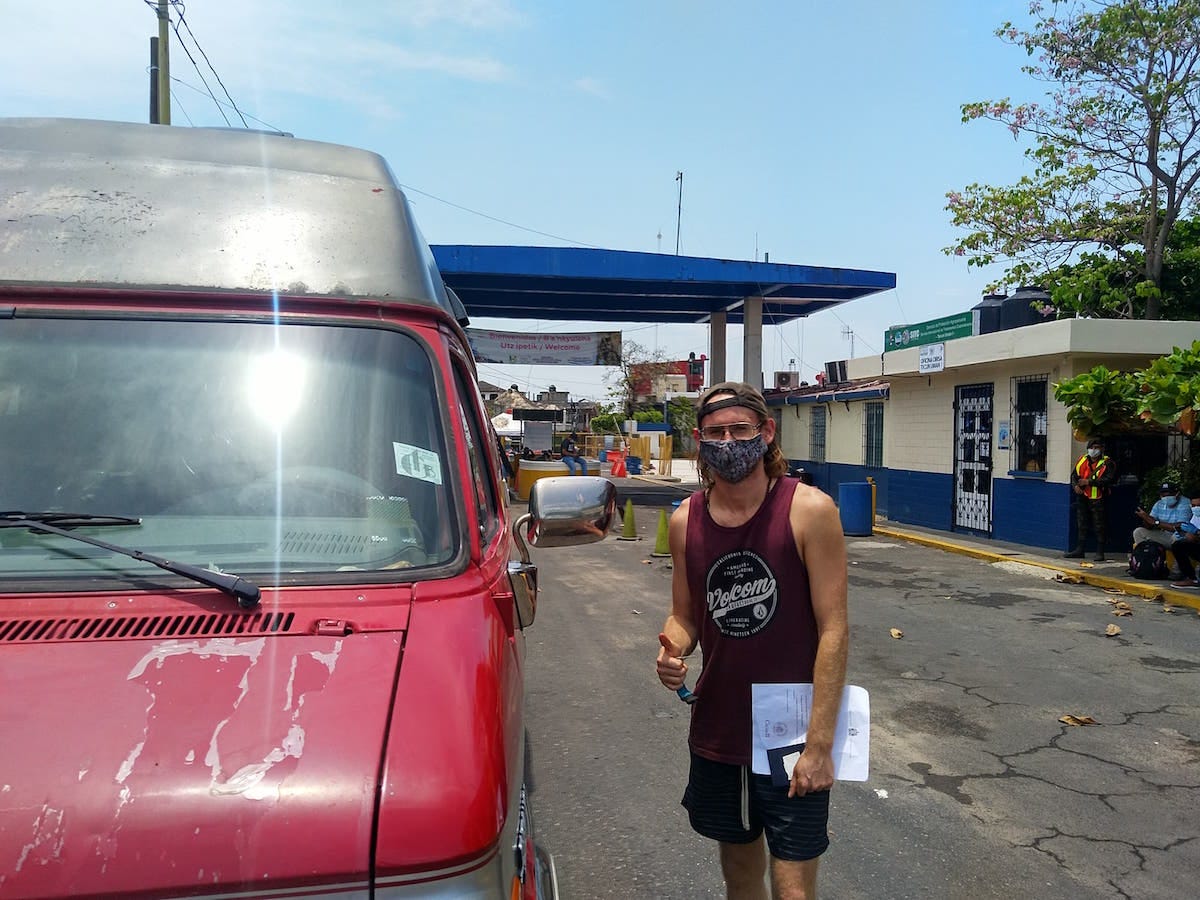 Lesson 3: Have your documents in order

There was no way entering Mexico could be as difficult, right? Wrong.

The border agents pointed out that my licence plates had expired in January 2019. I had been aware of this since departing Canada, but it had never been an issue when obtaining a vehicle permit to any of the 10 countries we visited previously – including Mexico the year prior – so why was it a problem now?

Utterly confused, I begged the agents to stop Vanessa from being embargoed. With the Guatemalan border closed, there was only one direction we could go. 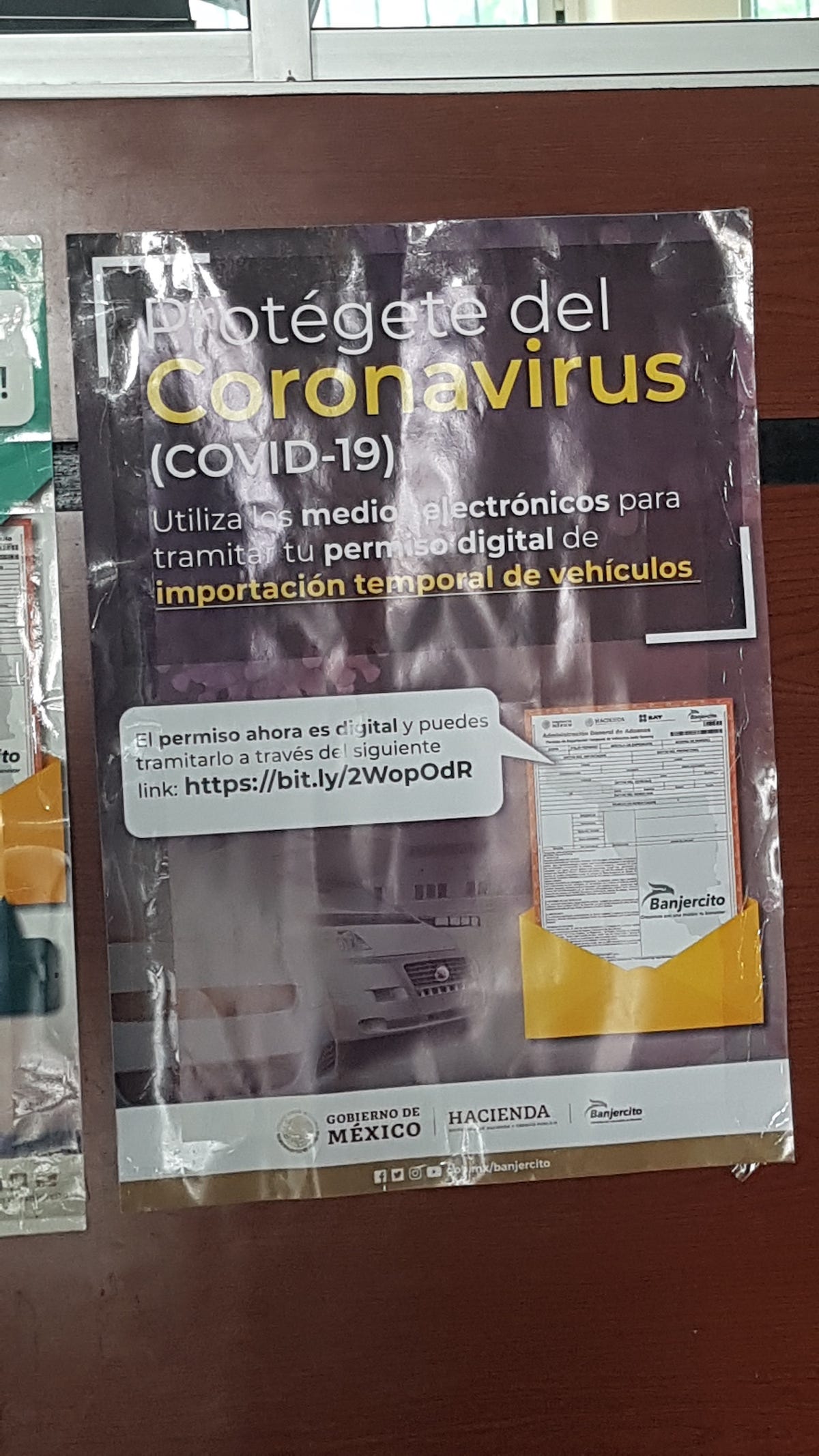 Colin Mills @vanmigosCOVID-19 signs at the border — the new normal.

After further negotiations by my Spanish-speaking Danish copilot, Vanessa was eventually granted entry on the condition I not leave the border town. After two nights and hours of more negotiations, I was finally granted a permit.

Days later, another van lifer informed me he had run into similar issues at this border. Instead of getting the required paperwork, he forged a current plate sticker, and the Mexican authorities didn’t blink an eye.

Lesson 4: Have a reliable spare time

My copilot was on a flight back to Europe, and it was time to drive miles through Mexico. After I saw some amazing vistas and familiar places, everything had been smooth sailing on the road to the US. That is, until my final day in the country.

It started out rocky when I was pulled over by police officers (for the second time that morning) who demanded money from me for exceeding the speed limit by 10 kph. A few hours later, I had missed a turn and was backtracking when I hit a bump, and Vanessa’s rear tire exploded. 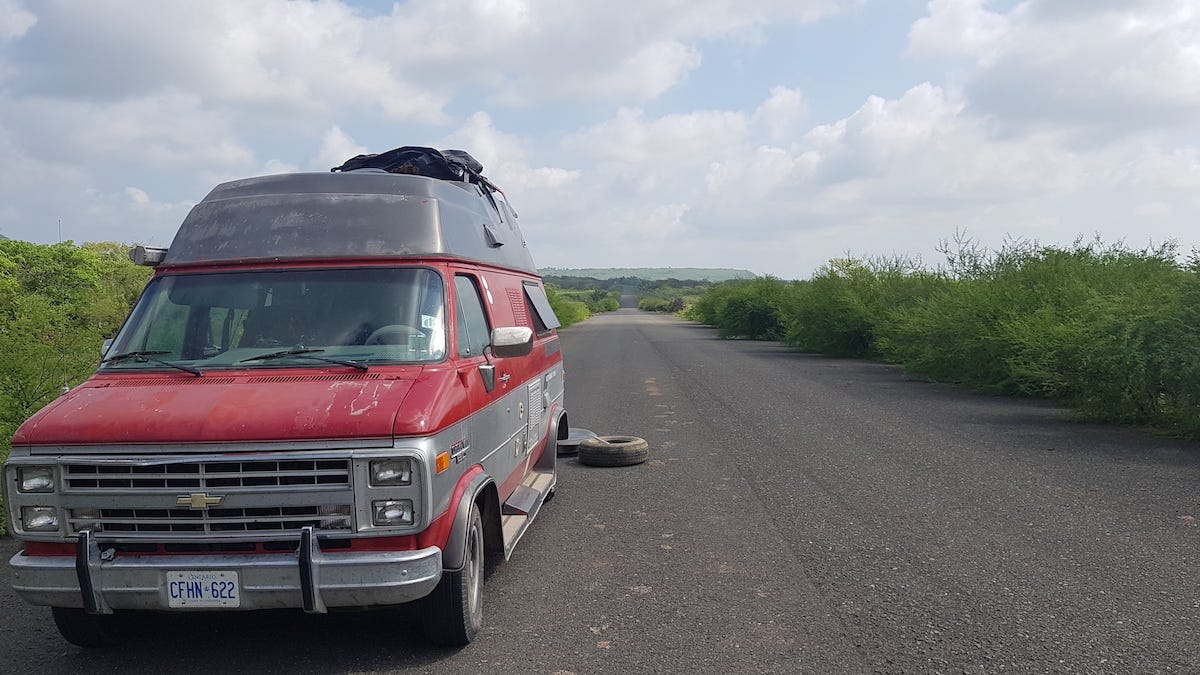 Colin Mills @vanmigosThis is exactly the place you don’t want to get a flat tire.

Northern Mexico is constantly under an “avoid all unnecessary travel” advisory for foreigners. There I was, a solo tourist with a flat tire in the middle of nowhere with no cell service and few resources. It was the exact situation your parents worry about on a trip like this and exactly why I didn’t tell them I had left the safe confines of my home in Guatemala.

Though a few cars passed while I changed my tire (and lost two kilos of water weight in the heat), locals paid no attention to me. With an underinflated cracked spare tire, I continued on my journey with hopes it would carry me to the next town. Unsurprisingly, my hopes proved futile.

Lesson 5: Have faith in humanity

Luckily, when my spare tire disintegrated, I was back on the main road within reach of civilisation. Within minutes, I was able to flag down two local men in a truck and explain my situation in broken Spanish with the help of Google Translate. Gilberto was the driver’s name. An older soft-spoken man in a cowboy hat became my saviour and took two hours out of his day to drive me around town in an effort to solve my problems. 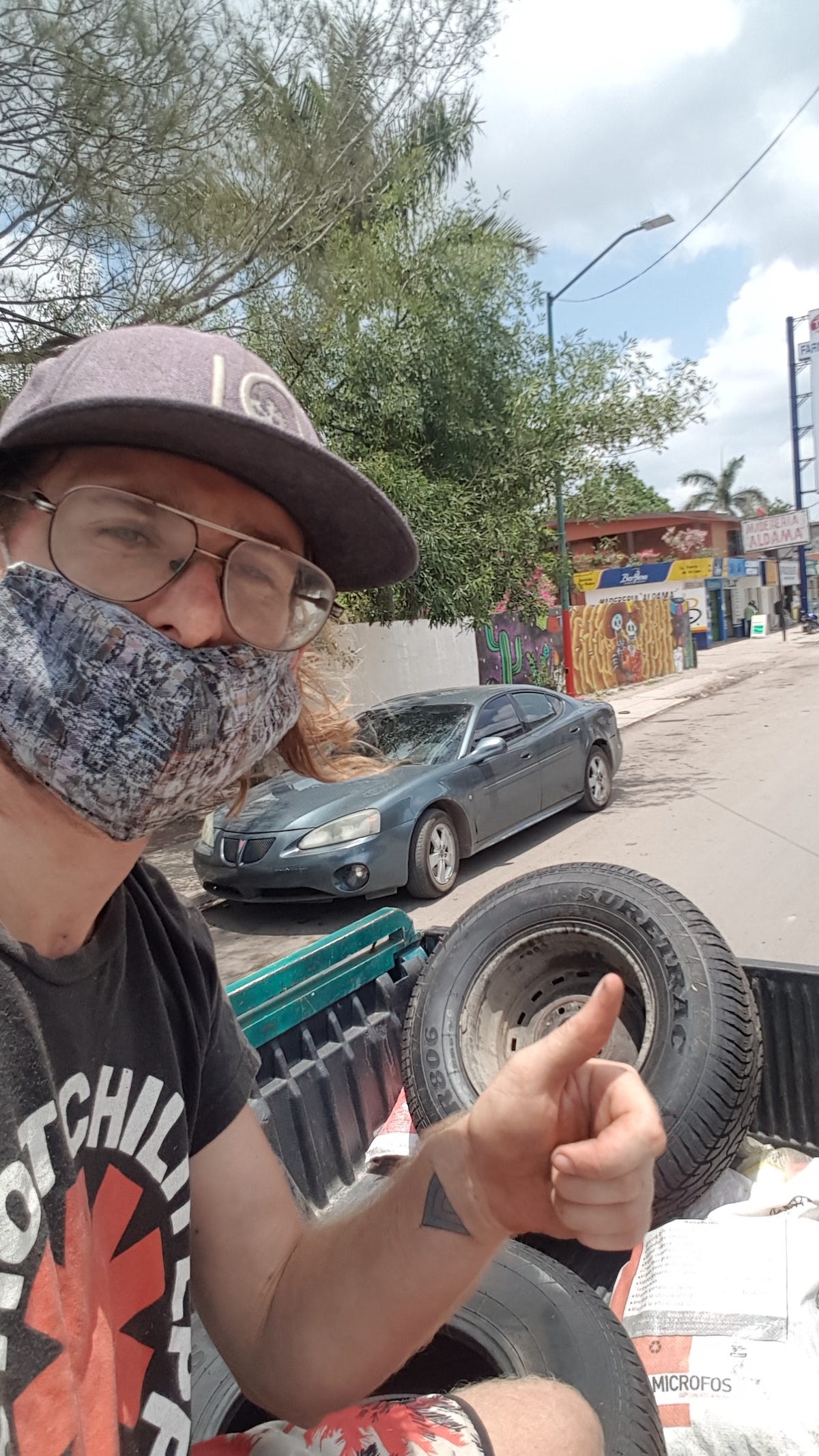 Colin Mills @vanmigosMe in the back of Gilberto’s truck.

During my entire journey, I had people continually asking: “Aren’t you afraid of being robbed (or worse) while driving through Central America?” Yet here I was, stranded in what is deemed one of the most dangerous parts of Mexico, and all I encountered were curious strangers eager to help and extend their hospitality.

If you avoid big cities and wander off the beaten path of the tourist traps, you’ll soon discover a universal truth: We are wired to help, not harm.

After a long day filled with excitement, I finally crossed into the US. The comforts of the Motel 6 felt like the Shangri-La after the trials of Latin America.

One of the biggest lessons I learned from COVID-19 was that when you make plans, life happens.

The final two months of my return trip was the only time I had made a schedule during my travels. Reunions with friends, a music festival, playoff hockey games – I was going out with a bang.

But COVID-19 had other plans.

Still, I found that once I released the disappointments of all I had missed, I discovered the joys of all that surrounded me. 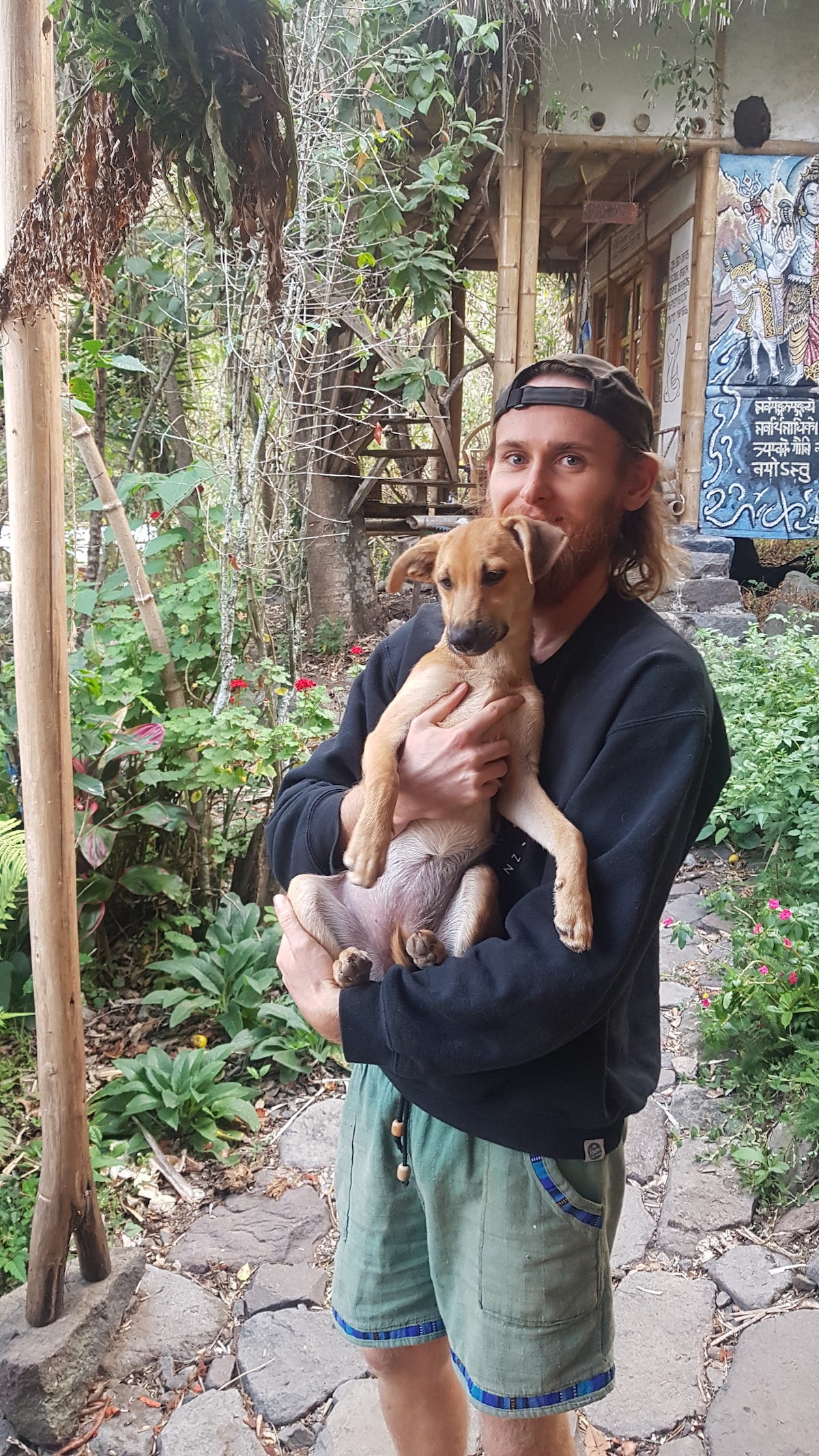 Colin Mills @vanmigosMe with Nala the puppy, my main joy while staying at the Fungi Academy.

Being surrounded by the English language and advertisements for antidepressants provided me with a new kind of culture shock when I reentered the US. Thankfully, the next few days were relatively uneventful as I raced back to my homeland.

Three days later, and with Vanessa in one piece, I surprised my parents (at a safe distance) on their doorstep. 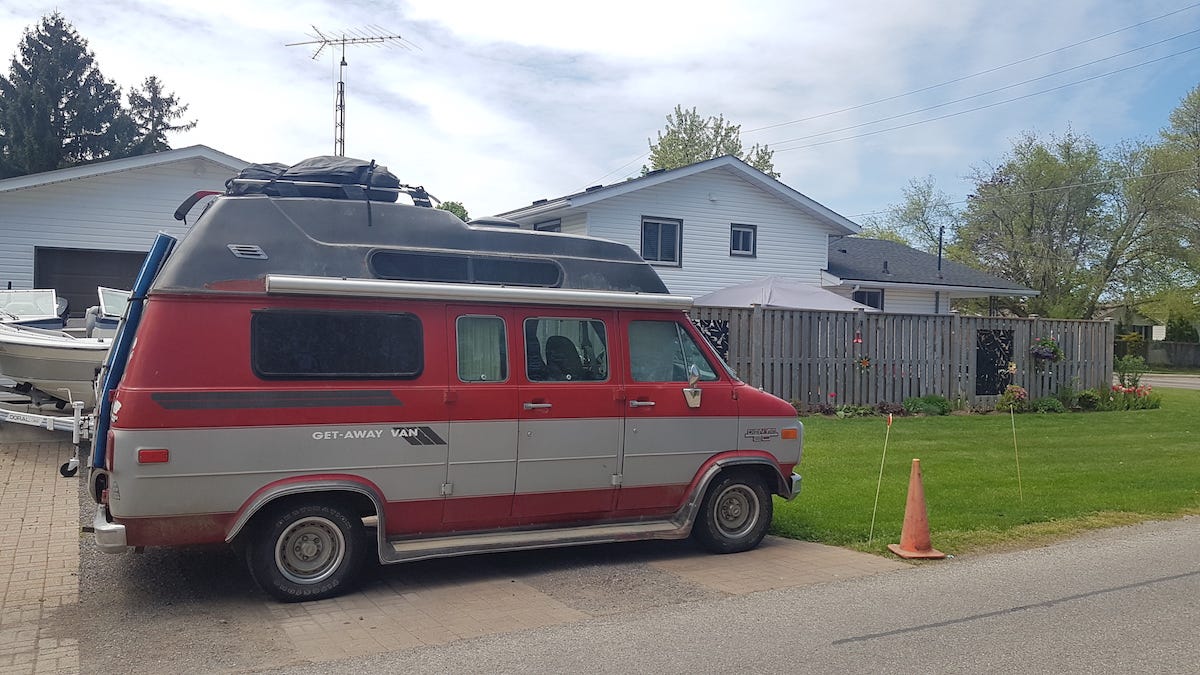 Colin Mills @vanmigosVanessa safe and sound back in Canada.

Though it was a long and somewhat arduous journey, I realised how lucky I was that things didn’t turn out worse.

The final and most important lesson I learned? Always count your blessings.

I stopped washing my hair for 2 weeks, and while it smelled weird and felt sticky, it helped repair some damage