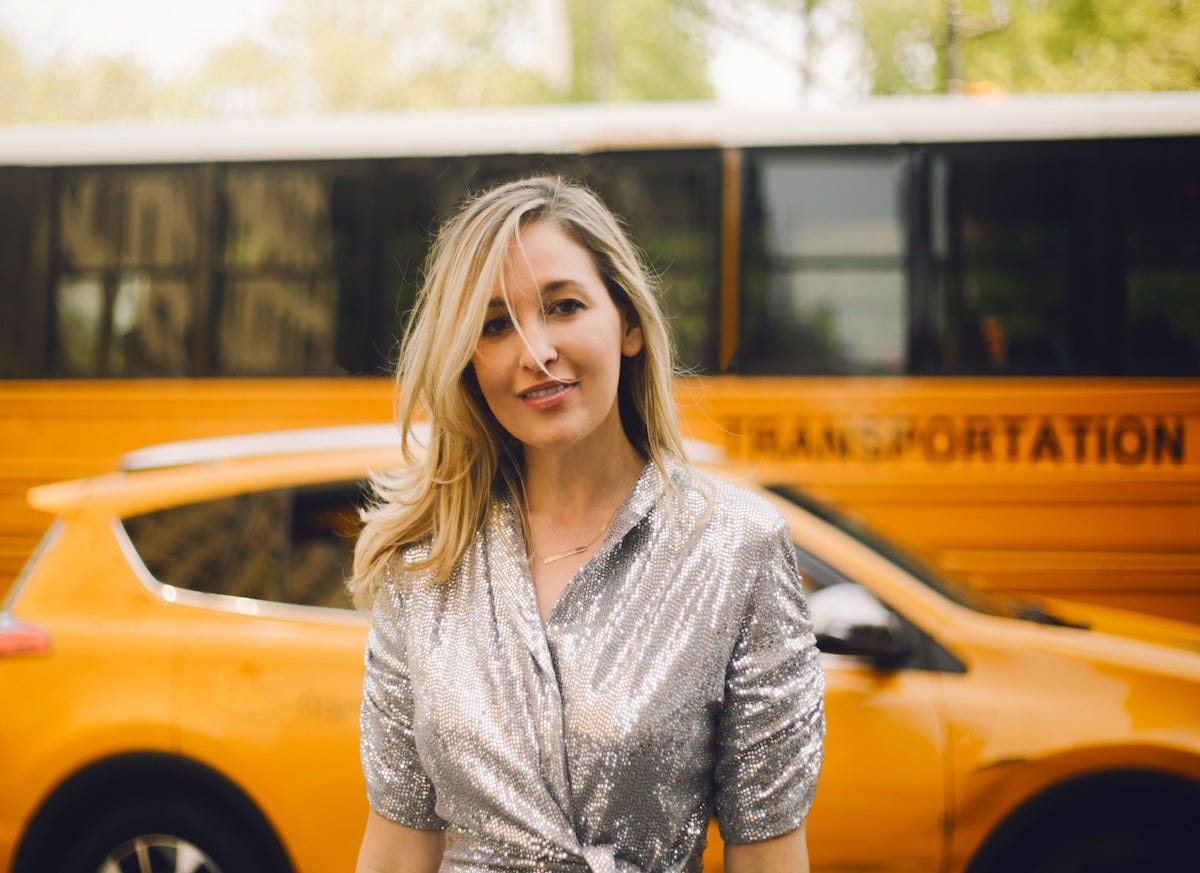 Gaby DeimekeJen Glantz went on 14 first dates in one month.

For a long time, going on first dates was something I made every excuse not to do.

I overloaded my calendar with local events, extra work, and ongoing happy hours with friends, just so that I didn’t have to sit across a stranger and make small talk while also judging whether or not they were marriage material.

But after a guy I was dating, who feared commitment and didn’t want to make things official, broke my heart days after I told him I was falling in love with him, I decided to do something extreme.

I was approaching my thirties, and was sick of being single and dating guys who treated love like a game of poker, always wanting the upper hand. The only way to break my negative attitude toward dating was to push myself out of my comfort level and do it often.

February was approaching and I decided, in the name of Valentine’s Day, to go on 14 first dates that month. I pinky-promised myself, without telling any family or friends, that I’d complete the experiment no matter what, even if it meant going on multiple dates some days to make it work.

I set myself three rules:

Here are the five main things I learned during the experiment.

I was feeling major pressure to schedule four to five dates during the first week of February so that I didn’t fall behind on my game plan. Because of that, I decided to keep conversations short on the dating apps.

I would chat only for an hour or so with each person before being the one to initiate planning a first date. A good amount (40%) of the guys were turned off by my eagerness to meet in person and didn’t respond back. But even more were happy that I made the first move and cut out the app small talk, that usually centered around questions like “how was your day” or “what kind of work do you do?”

This approach put an end to wasting time creating pen pals out of potential suitors and instead, filled up my week with dates.

I scheduled five dates for week one, three for week two, four for week three, and two for the final week of the month.

Don’t judge someone by their curated photos 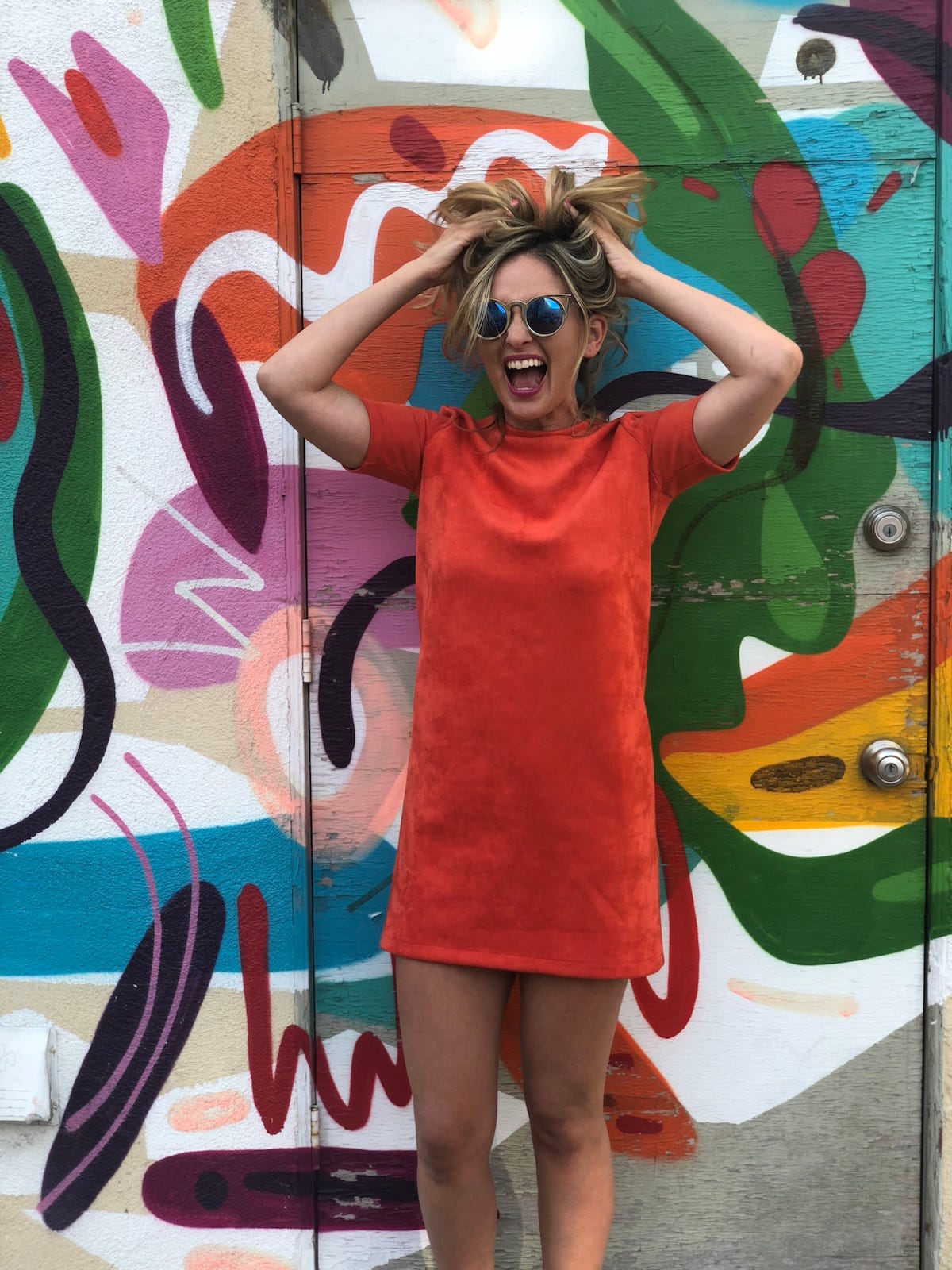 Jen GlantzDon’t judge someone by their dating app photos.

One of the reasons I used to only go on a date or two every month was because I spent so much time checking out every guy I talked to on the app like I was a judge at a beauty pageant. It’s not that looks are everything to me, but how a person seems in a photo can tell you a lot about them – or so I thought.

I used to roll my eyes at selfies, gym pictures, and a whole long list of overused poses I saw in a person’s photos. But what was really happening, was all the studying I was doing of these people from their photos had become fuel to help me create stories in my head about them before we ever met.

The truth is, no one looks just like they do in a selection of four or five photos. In person, their expressions and body language transform how you feel about them. During my 14 date experiment, I made a rule that I couldn’t look at a guy’s photos more than once before meeting him.

This was the best policy, because it helped me stop judging the person and allowed me to book dates faster.

Surprisingly, out of the 14 guys I met that month, the ones I found myself the most attracted to were the ones that I didn’t find flattering to the eye based on their online dating photos. If I wasn’t doing this experiment, those would have been the guys I swiped no to.

I learned that I was limiting my dating pool when I judged too hard, and had been missing out on meeting guys that might have wowed me in person. 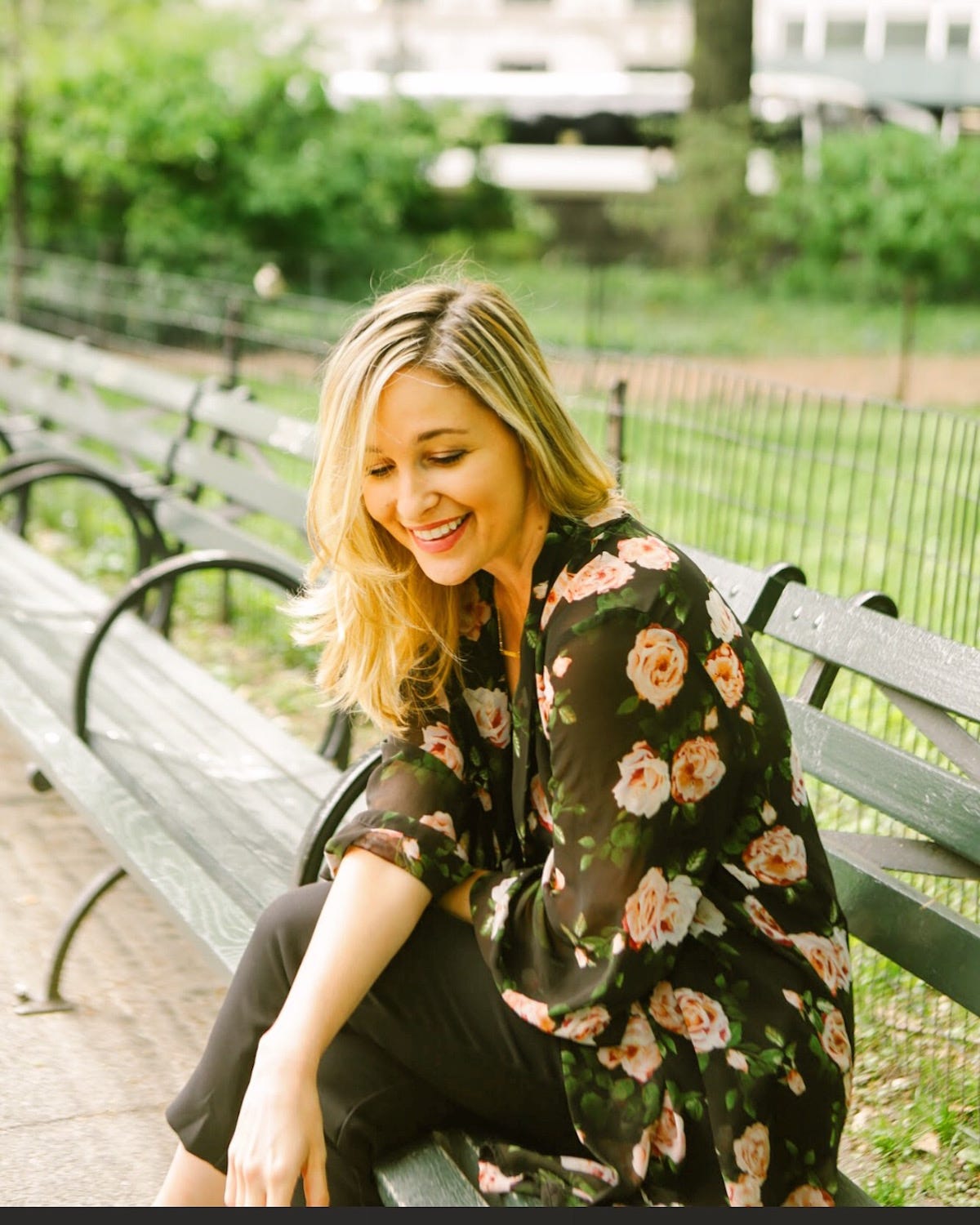 Gaby DeimekeGoing on more than one date a day can be effective.

Just because I devoted an entire month to going on a ton of dates didn’t mean I wanted to make it an every night thing. I still wanted to go on happy hours with friends and spend quality time bingeing TV shows, so I decided to stack dates back-t0-back on the same day or night.

I wouldn’t go on less than two dates on a single night or weekend day. That way, I still had free time during the month. This made dating a lot easier for so many reasons.

Firstly, it took the effort out of having to get ready multiple nights a week for the date (doing my hair, picking out a good first date outfit, and just getting in the mental zone for dating).

Secondly, it allowed me to keep a stern time limit to my dates so that they didn’t drag on forever (more about that later).

I would go on anywhere between two to four dates a day. I preferred coffee dates (where I’d drink a lot of decaf so I wasn’t too hyped up) so they could be more casual and informal. I’d do the dates back-to-back and often at the same location.

The guys never found out. I’d end the date by saying I had to take off to see a friend, hug them goodbye and then head to the restroom. They’d leave, I’d freshen up, and minutes later the next date would appear.

It made dating feel like an activity rather than a nightly chore. It also made me feel like a contestant on my favourite show,“The Bachelor.”

This approach takes the pressure off of spending so many nights a month on first dates, and instead lets you pick time slots on a certain day or night to just spend a few hours meeting new people and then going on with your life.

Keep the dates under an hour for best results 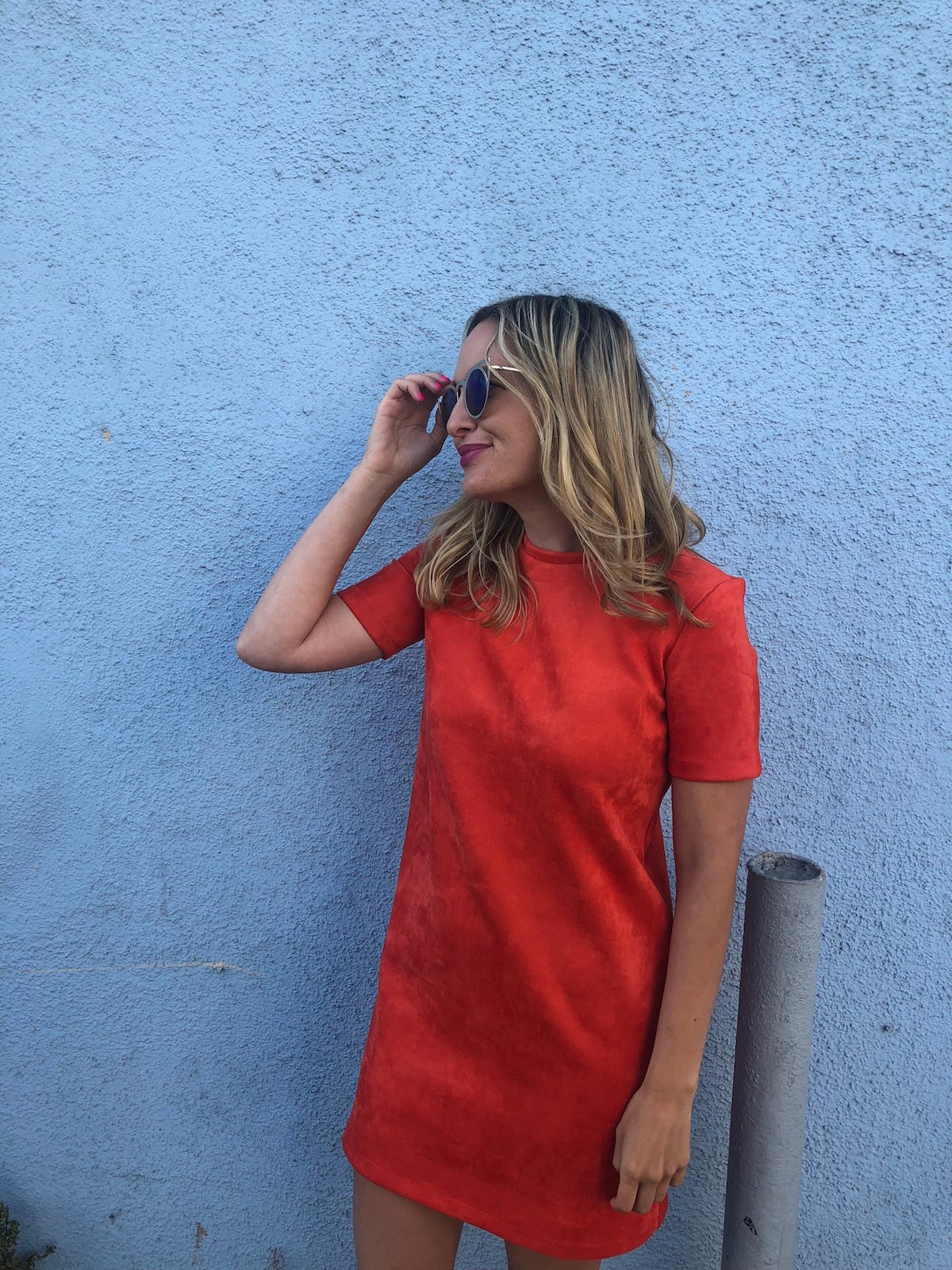 Jen GlantzKeeping dates short shows you how you really feel about a person.

The rule I had set myself at the beginning of the month stipulated that the dates couldn’t go on for more than an hour. On most of these first dates, I knew after 15 minutes whether or not I was interested in the guy, but I also had a history of spending three to four hours on a first date with someone I knew early on I never wanted to see again.

This time around, I either told the guy ahead of time that after the date I had to run to a birthday party so they knew there was a time limit, or in the middle of the date I’d ask: “What other plans do you have for the day?” Usually they asked that question back, and I’d look at my watch and say: “Oh! I actually have to head to a birthday in a little bit.”

Even If I liked someone, the time limit allowed us to make plans for a second date rather than ruin the first impression with a date that dragged on too long. It also allowed me to process how I felt about a person. With a shorter date, I would know when it ended how excited I was about that person. If I was sitting there wishing the date didn’t have to end, it was a clear sign that I wanted to see them again.

Out of the 14 dates I went on, only two guys gave me that bummed out feeling that the date had to end. With the rest, I was thrilled I had a time limit set because I was ready to leave and never see them again.

I went out on second and third dates with those two guys. The other 12 I said goodbye to after the first date.

Refuse to talk about canned questions 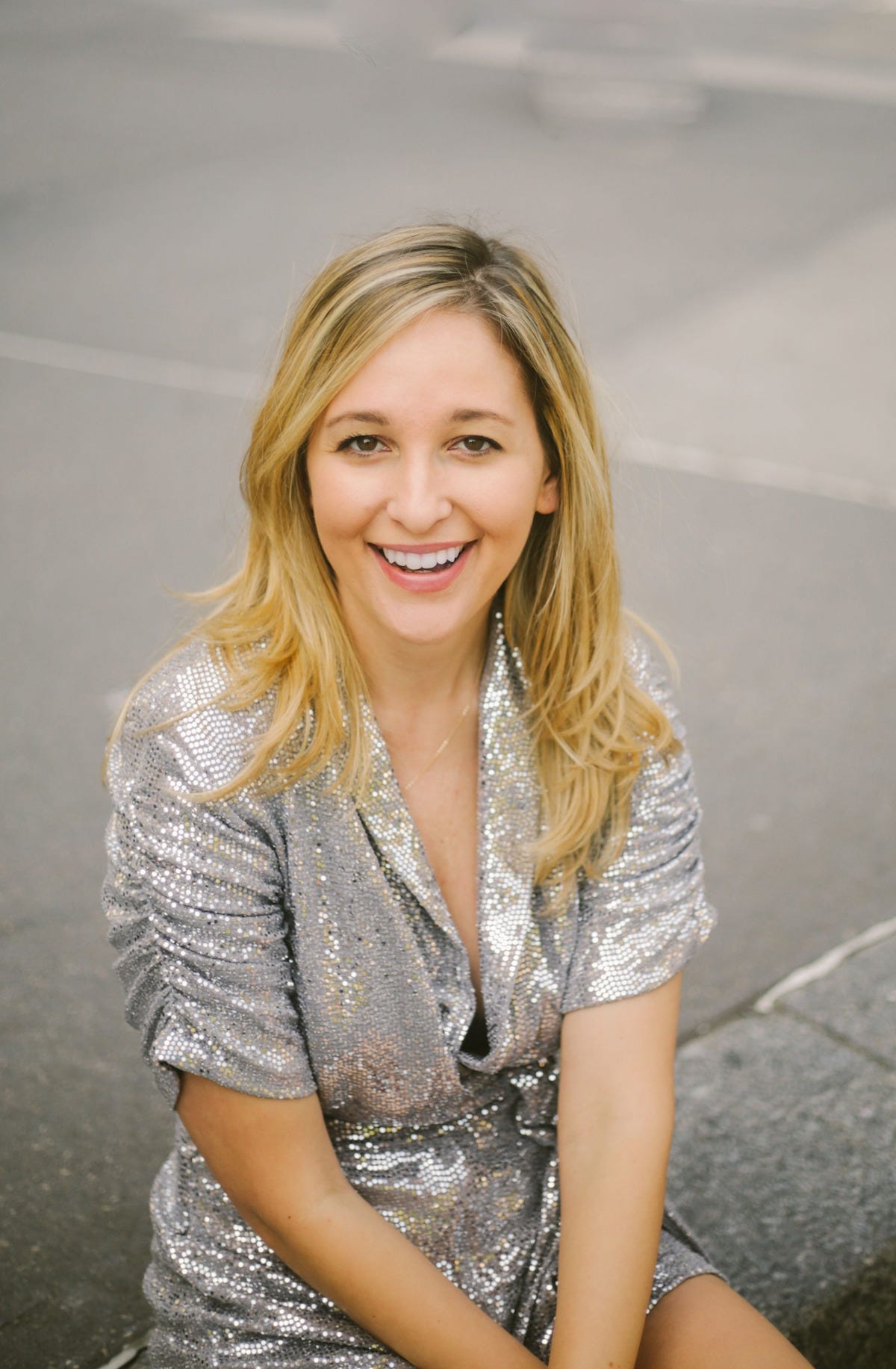 One of the biggest reasons I dreaded first dates was because I was tired of answering the usual questions around my hobbies, my work, and my five-year plan (people actually ask that).

Going on so many dates in one month was an accelerated lesson in how to have meaningful conversations that went deeper than these typical surface-level questions.

I made an effort to ask follow-up questions, like “tell me more about that,” so that the person would open up.

Since the dates only lasted an hour, I didn’t want to waste time talking about the weather. I wanted to get to the good stuff, fast, so that I’d have a solid read on the person.

While some of the dates got emotional, as if this was the first time in a while they opened up, it allowed both of us to shed our nervous buttoned-up personas and show our true selves.

This approach even helped me get to know the two guys I saw again, and even though things ended (after a few more dates), I felt like our real-talk times together combined what the first month of dating would be like into two or three short dates.

Always go for one more 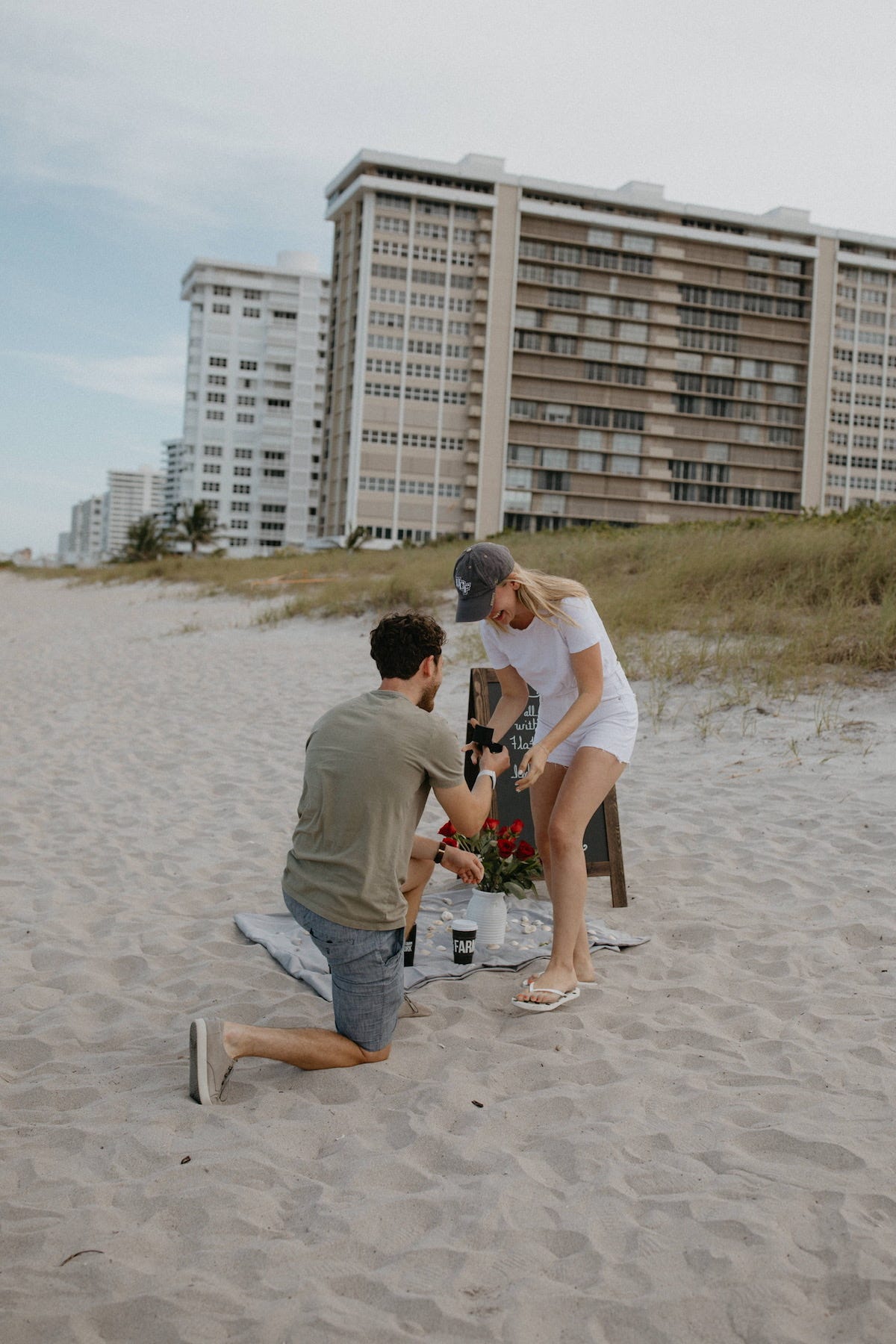 Katie BeilerJen Glantz met the love of her life on date number 15.

By the end of the 14 first dates, I didn’t end up meeting my perfect match, or anyone I wanted to pursue a relationship with.

But on the last day of the month, when I went to delete my dating apps and take a vacation from the game of love, I saw one outstanding message from a guy named Adam who asked to grab coffee. We didn’t speak much on the app and I didn’t look at his profile more than once, but I agreed, mostly because I had become a pro at first dates and didn’t mind one more.

I met this final date of my experiment on a Sunday for coffee, and it was the last first date I ever went on. Not because I was exhausted or burned by my approach at dating, but because we hit it off. Fast forward a few Februaries later and we’re engaged.

What did I learn from this? Don’t give up on dating. Go on as many first dates as you can stomach. It helps you meet more people and the more people you meet, the more of a chance you’ll find your one.

Coronavirus survivors should wait 30 days before having sex again, according to health officials in Thailand