Lehigh University has
suspended its Chi Phi fraternity chapterafter a picture of an insane set-up for a drinking game was posted online, according to Total Frat Move.

TFM writes that “worst part about this is that it seems pretty clear that a Chi Phi took and posted the picture.” It appears that once the photo went online, the university discovered allegations that the fraternity violated several policies — including providing alcohol to minors.

According to the blog Lehigh Greeks:

As of today, December 11, 2013 all activities of the Chi Phi Fraternity at Lehigh University have been suspended immediately. This suspension comes pending the investigation of allegations of University policy violations by the chapter on the night of Friday, December 6, 2013 including providing alcohol to minors, drinking games, hosting an unregistered social event, and irresponsible distribution of alcohol. Additionally, the chapter will be facing Interfraternity Council recruitment violations for allegations of potential new members being present at the facility where alcohol was present the night of December 6.

Here’s the full picture, via imgur: 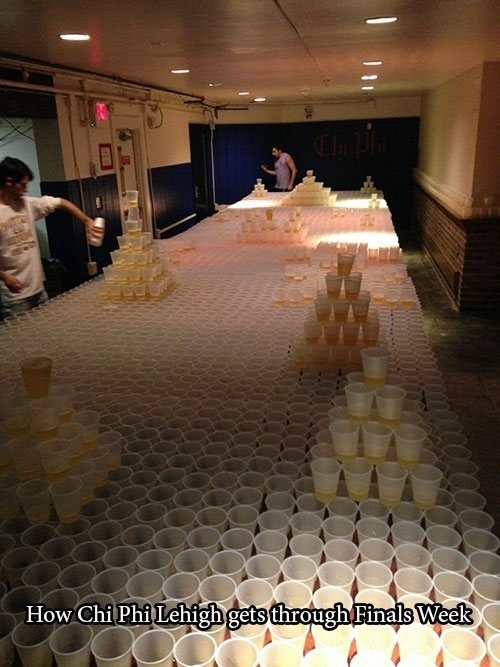