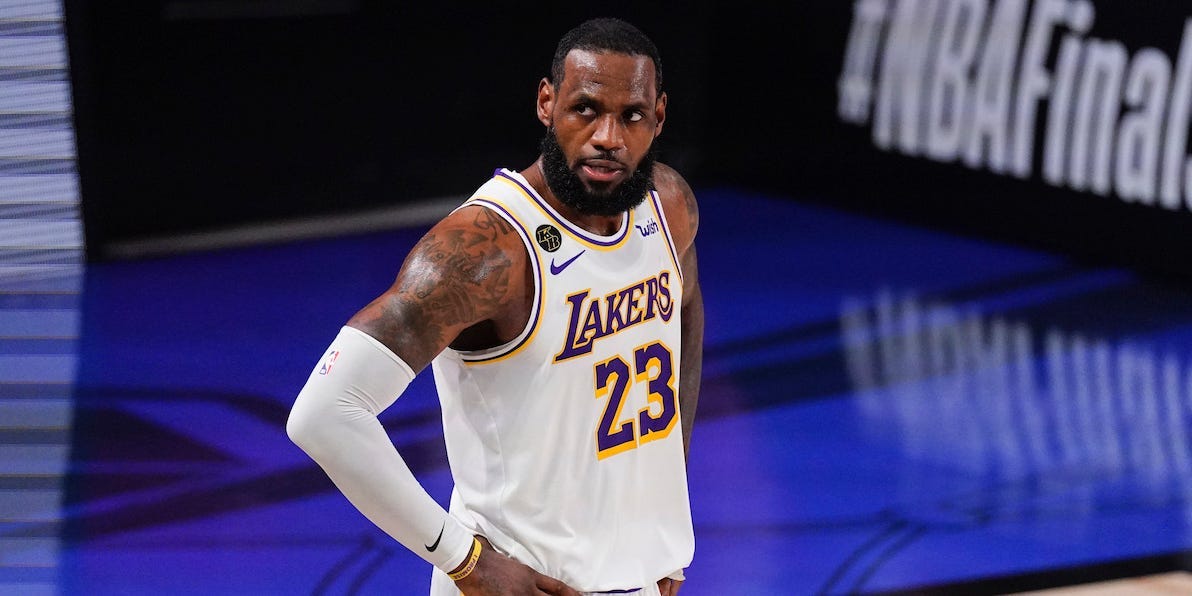 After a sloppy performance in Game 3 of the NBA Finals allowed the Miami Heat to move the series to 2-1, LeBron James knew the stakes of Game 4.

Lakers players told reporters after their 102-96 Game 4 over the Heat on Tuesday that James sent the team a text message during the day saying Game 4 was a “must-win.”

“We see the message from our leader saying this is a must-win, and he just left it at that,” Anthony Davis said, adding that players were already “on edge” after the Game 3 loss. “Guys knew coming in that we need to bring our A-Game.”

James said he woke up from a morning nap on Tuesday and felt an intense pressure to win “one of the biggest games” of his career.

“When I woke up from my nap this morning after our team meeting, I just felt that. I felt that vibe. I felt that pressure,” James told reporters. “I felt like for me personally, this was one of the biggest games of my career. I just wanted to relay that message to my teammates, the type of zone I was in, the type of moment it was, and the kind of team we were playing against.”

Despite the Lakers’ focus, it’s a credit to the Heat â€” “a gritty, so damn-well-coached team,” in James’ words â€” that they kept it close throughout. James was unusually sloppy in the first half, shooting 3-of-8 from the field with 5 turnovers.

However, in the second half, James and Davis combined for 34 of the Lakers’ 53 points. Players like Kentavious Caldwell-Pope, Alex Caruso, and Kyle Kuzma all hit big shots to support their leading stars. The Lakers defence suffocated the Heat offence, daring Jimmy Butler to shoot from the outside while clogging the paint.

Part of the Lakers’ success included a semi-dramatic defensive adjustment: Having the 7-foot Davis guard Butler, who had scored 40 points in Game 3. The Lakers dared Butler (a 24% three-point shooter on the season) to launch from outside, while Davis used his length to swallow drives to the basket, finishing with four blocks and plenty more altered shots.

“That guy can do everything defensively,” James said of Davis. “Guarding the ball, guard the post, slide his feet with guards, contest, can body up with bigs. I mean, need I say more?”

When Butler called for screens to hunt mismatches, the Lakers only switched if it meant James or Markieff Morris, two more big-bodied forwards, were on Butler.

The Lakers are now one win away from the championship.

“We kind of already knew that we had to play a certain way and that it was a must-win,” Davis said. “We, all season, said we don’t want to be a team that loses two in a row and we have that ability to make that happen. So we were already on edge about coming in and being ready to do whatever we had to do to get this win.”

Davis added: “If we play like that every game, you know, especially next game, then we’re going to become champions.”