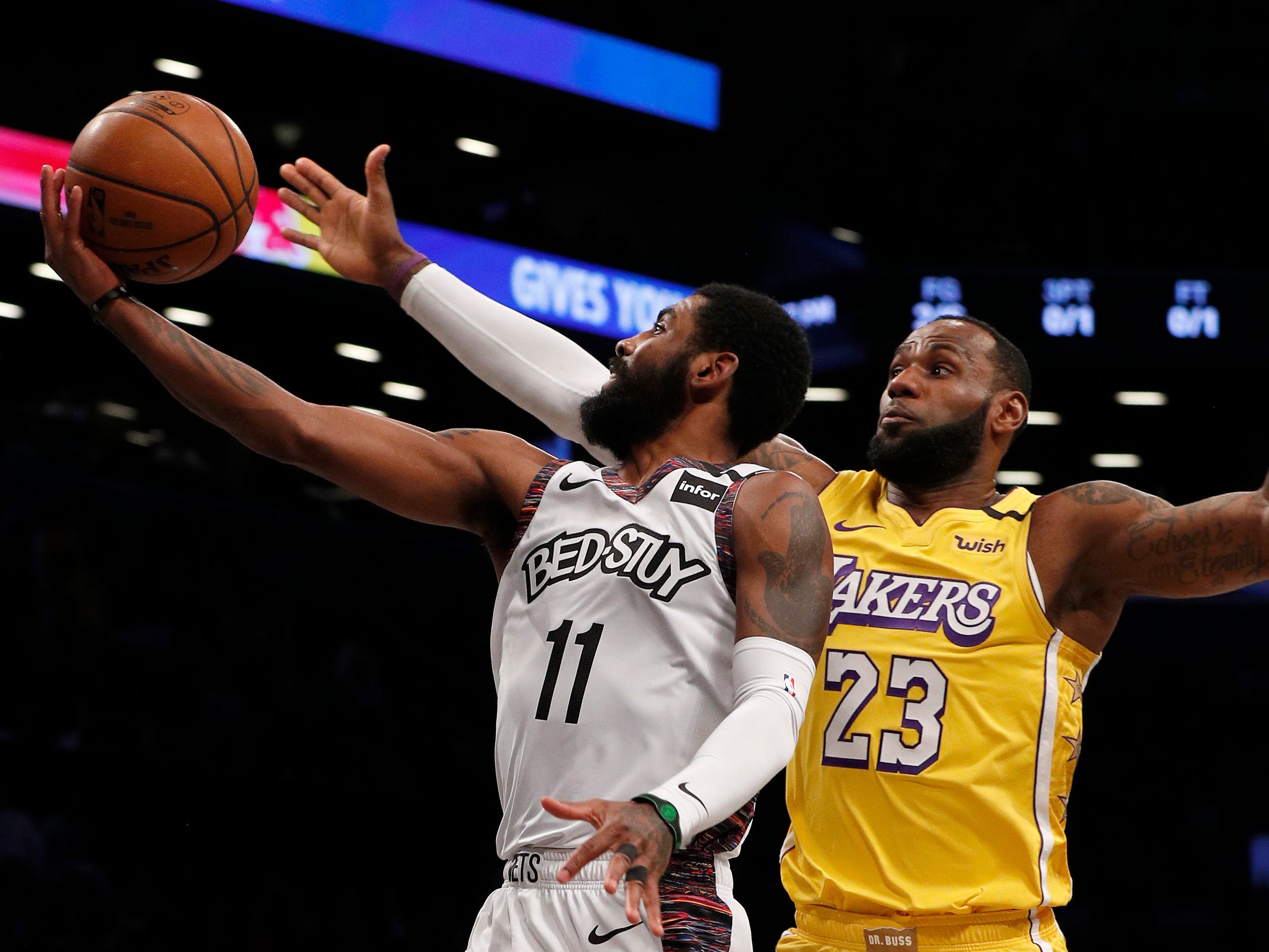 Kyrie Irving and LeBron James traded a few subtle jabs at each other through the media this week, in a turn of events familiar to anyone who has ever attempted to “win” a breakup.

NBA fans first raised their eyebrows when Irving implied that he couldn’t trust James in clutch situations while they were teammates in Cleveland together.

“One thing I’ve always been comfortable with is, I’ve felt like I was the best option on every team I’ve played for down the stretch,” Irving said while appearing as a guest on Kevin Durant’s podcast. “This is the first time in my career where I can be like ‘that motherf—– can make that shot, too.'”

Part 2 of @KDTrey5 x @KyrieIrving on #TheEtcs is out now on all podcast platforms → https://t.co/Tx4kiTgwF9 pic.twitter.com/HBpKMtm30s

Irving later denied that he was taking a shot at LeBron with his comments, saying in a video, “Why must it always be brother against brother? Why?” he wondered. “If I’m addressing anyone, I’ll say their name.”

Despite his backtrack, it was impossible to miss the implication Irving was making in his initial comments, and James was quick to respond with a subtle jab of his own.

Asked about his relationship with Anthony Davis on the Lakers, James cited the lack of jealousy between himself and his fellow superstar.

“We’re not jealous of each other,” James told reporters during media availability on Thursday. “I think that’s the best thing. In professional sports, you have guys that join forces: two alpha males, is what they call them … They get together and talk about how dominant they can be, and they talk about how this going to be this and that. I believe jealousy creeps in a lot, and that is the absolute contrary of what we are.”

It’s tough to miss the subtext of James’ statement â€” the implication that he’s dealt with jealousy from talented teammates in the past, jealousy that possibly stemmed from a belief that they were a better end-of-game option than LeBron.

Whether their barbs were clear critiques of one another or simple coincidences, the comments make for some entertaining fodder heading into next season. There’s still a lot of time before we’ll know when the Lakers and Nets face off in 2021, but when they do, the showdown of Irving and Durant vs. James and Davis will be one of the can’t-miss games of the year.

LeBron James: How the king of the NBA makes and spends his millions