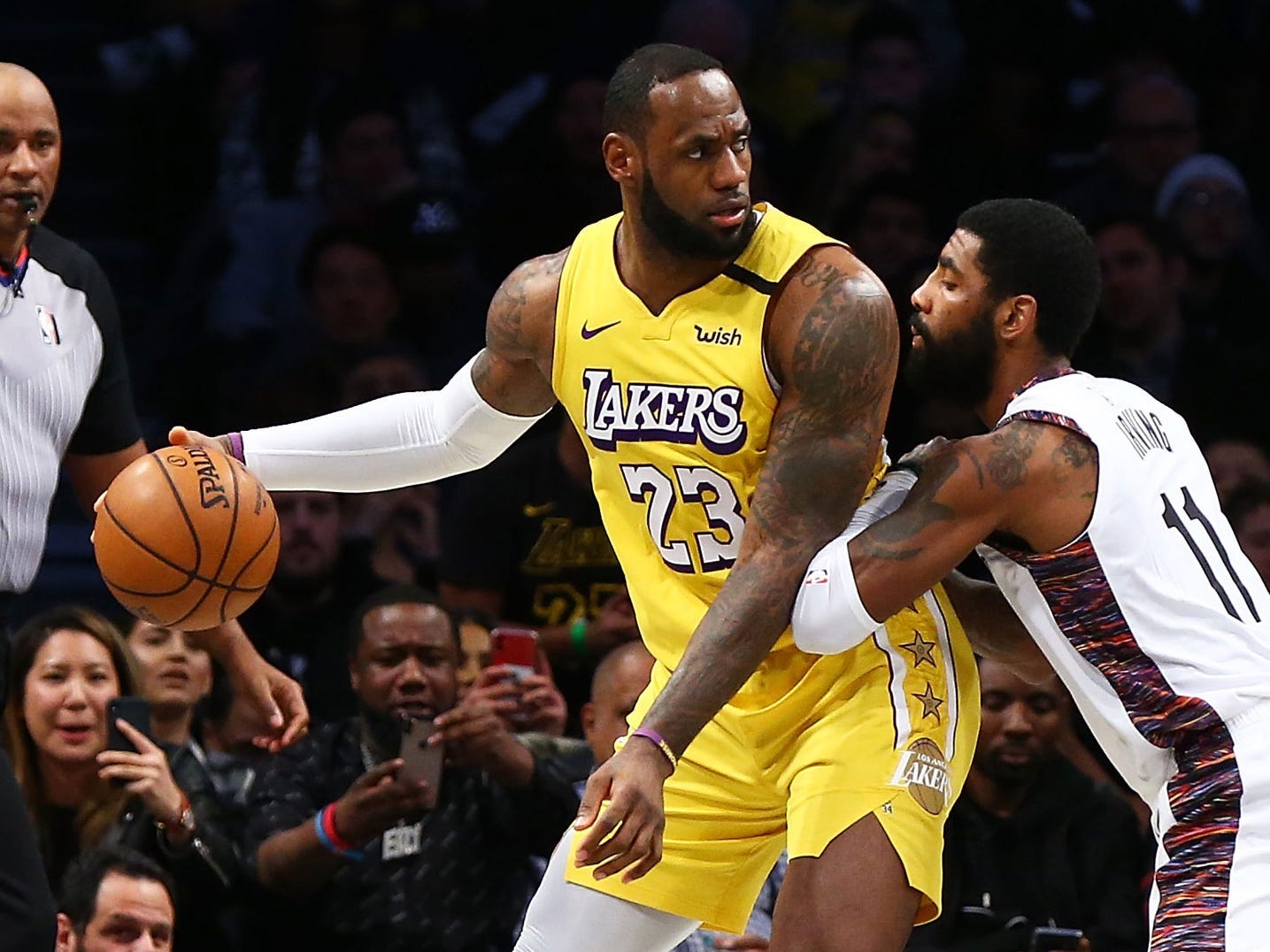 LeBron James said he was “hurt” by Kyrie Irving’s comments after his former teammate in Cleveland threw some shade at the reigning NBA Finals MVP.

Speaking as a guest on the “Road Trippin'” podcast with Richard Jefferson, Channing Frye, and Allie Clifton, James spoke about his reaction to hearing Irving praise his new teammate Kevin Durant earlier in the year.

“This is the first time in my career I’ve looked down and be like, ‘That motherf—er can make that shot too.’ And he’ll probably do it a lot easier,” Irving had said of Durant, seeming to brush over the seasons he spent in Cleveland with LeBron.

As James revealed on the podcast, he was somewhat taken aback by Irving’s words.

“I played with Kyrie for three seasons. The whole time when I was there, I only wanted to see him be MVP of our league. I only cared about his success. And it just didn’t align. It just didn’t align. And we were able to win a championship. That’s the craziest thing. We were still able to win a championship, and we could never align. But I only cared about his well-being, both on and off the floor.

“And it kind of hurt me a little bit.”

James and Irving will finally meet again on the court this season in February when the Nets travel to Los Angeles to take on the Lakers.

You can listen to the whole podcast featuring James here.