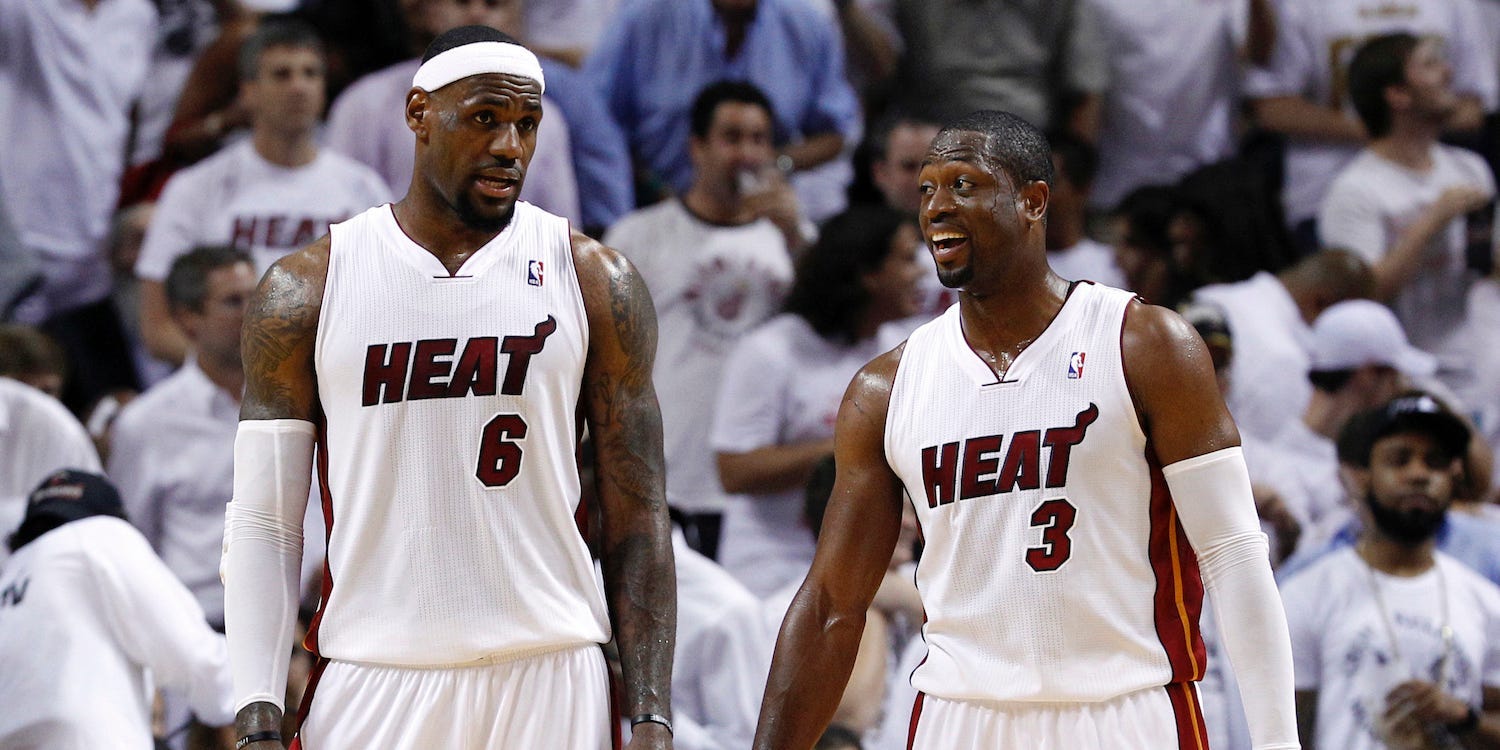 LeBron James, with the help of Anthony Davis, is three wins away from his fourth championship.

Over the years, James has joined forces with some talented, big-name stars who helped get James to his final destination.

Of course, James has also had seasons where it was a real question who the second-best player on the team was.

With James and Davis looking like perhaps the NBA’s next great star pairing, here’s a look at James’ top 13 teammates in his career, ranked. 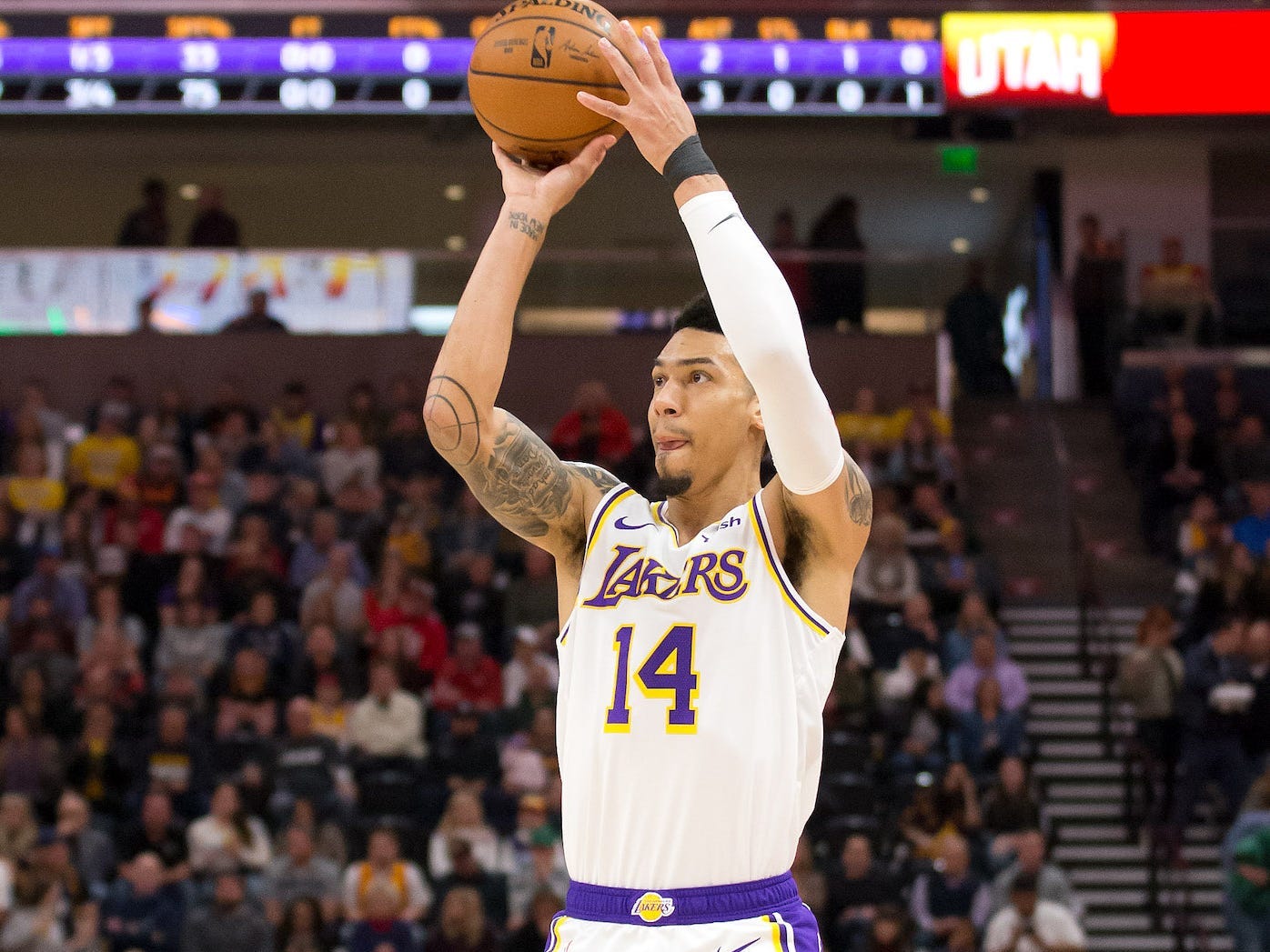 One thing to know: Green technically played with James in 2009-10, Green’s rookie year, and James’ final season in Cleveland before going to Miami. They reunited a decade later, with Green joining the Lakers as a coveted 3-and-D free agent. Green may not have a lot to his game, but he can be a sniper from downtown and depended on to harass opposing wings. Only 12 players have hit more three-pointers than Green over the last 10 years. 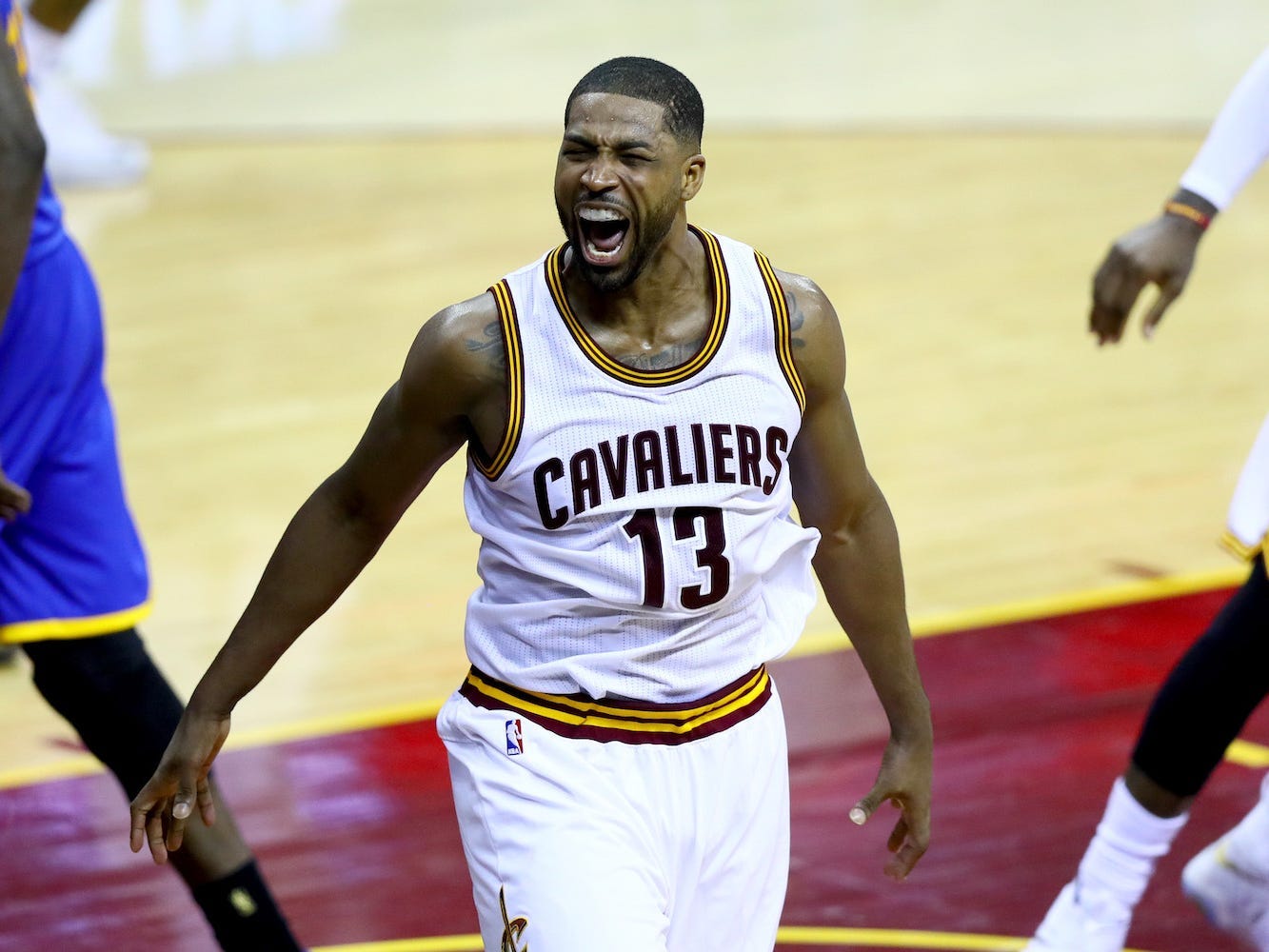 One thing to know: Thompson’s game may not be exciting, but rim-running, defensive-minded bigs thrive next to LeBron. Thompson played a huge part in the Cavs’ 2016 championship with his defence, rebounding, and finishing around the basket. 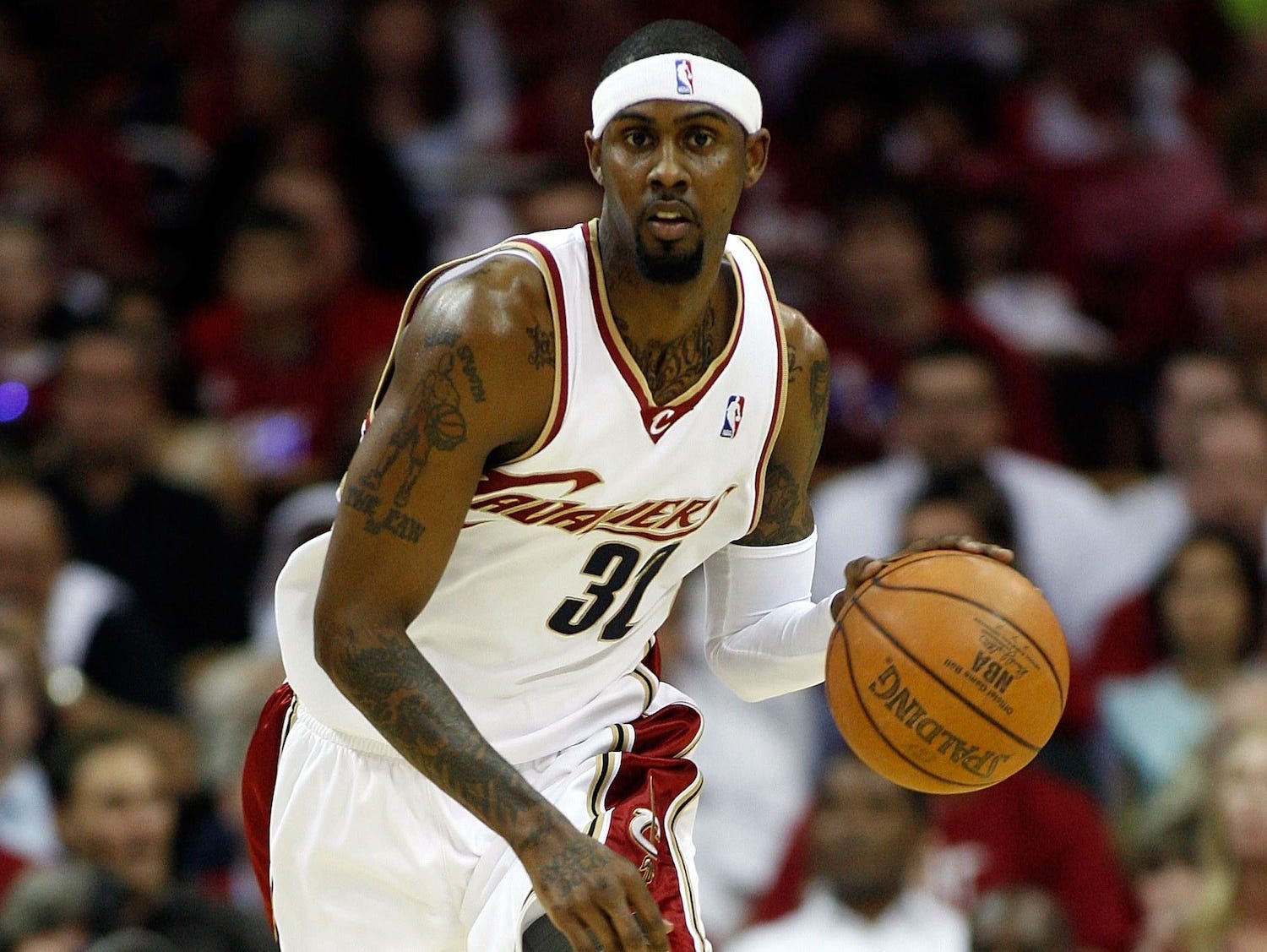 One thing to know: The Cavs signed Hughes to a five-year, $US70 million contract in 2005 to be a swingman next to James as James was becoming a true, MVP-calibre superstar. Over 2.5 seasons, Hughes averaged 14 points, 4 rebounds, and 3 assists. Hughes never quite reached his potential, or at least consistently, but he was a valuable second scorer, ball-handler, and defender next to James. 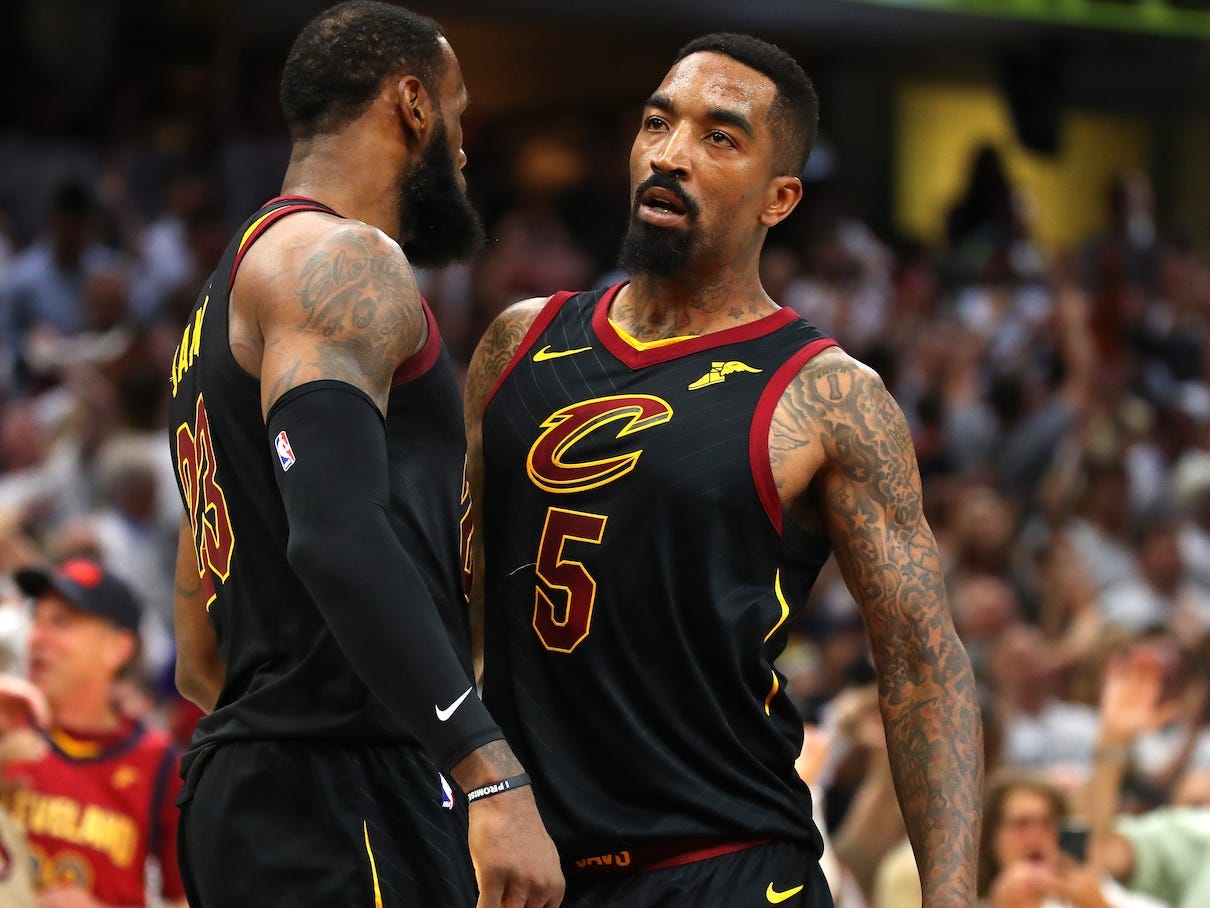 One thing to know: Smith’s meme-ability sometimes obscures the fact that he was a valuable wing who stretched the floor and increased his defensive intensity next to James. His arrival helped turn around the 2014-15 Cavs, and his 573 made threes from 2014-15 to 2017-18 was second only to Kevin Love on the Cavs. He also hit two huge, momentum-swinging three-pointers in Game 7 of the 2016 Finals. 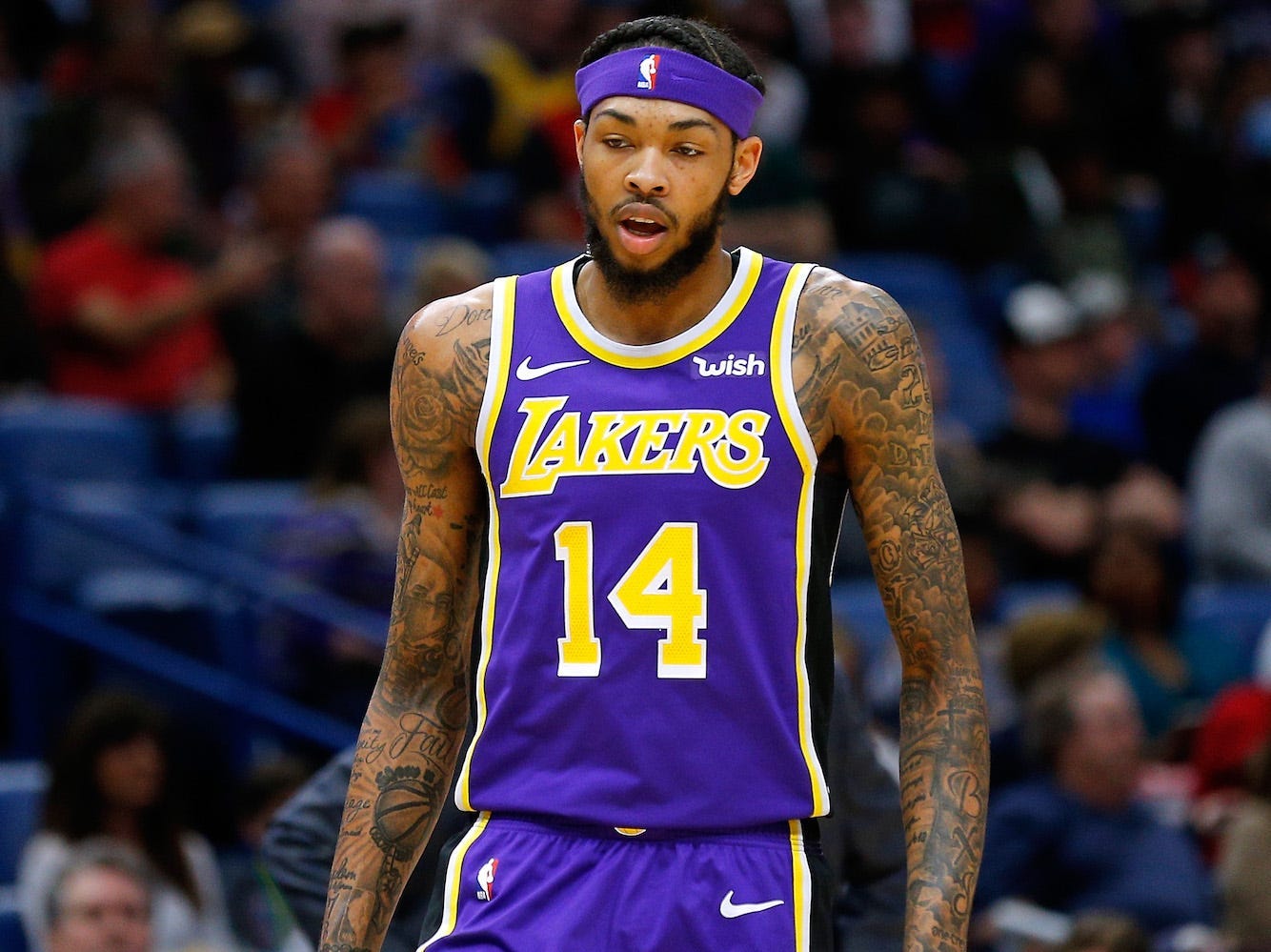 One thing to know: On a Lakers team short on talent, Ingram emerged as the No. 2 behind James, averaging 18 points on nearly 50% shooting for the season. Some of his best play came at the end of the season, with James out, but he’s nonetheless one of the most talented teammates James has ever had. Ingram averaged 23 points per game in 2019-20 en route to winning Most Improved Player; James might have played with him just a year too early. 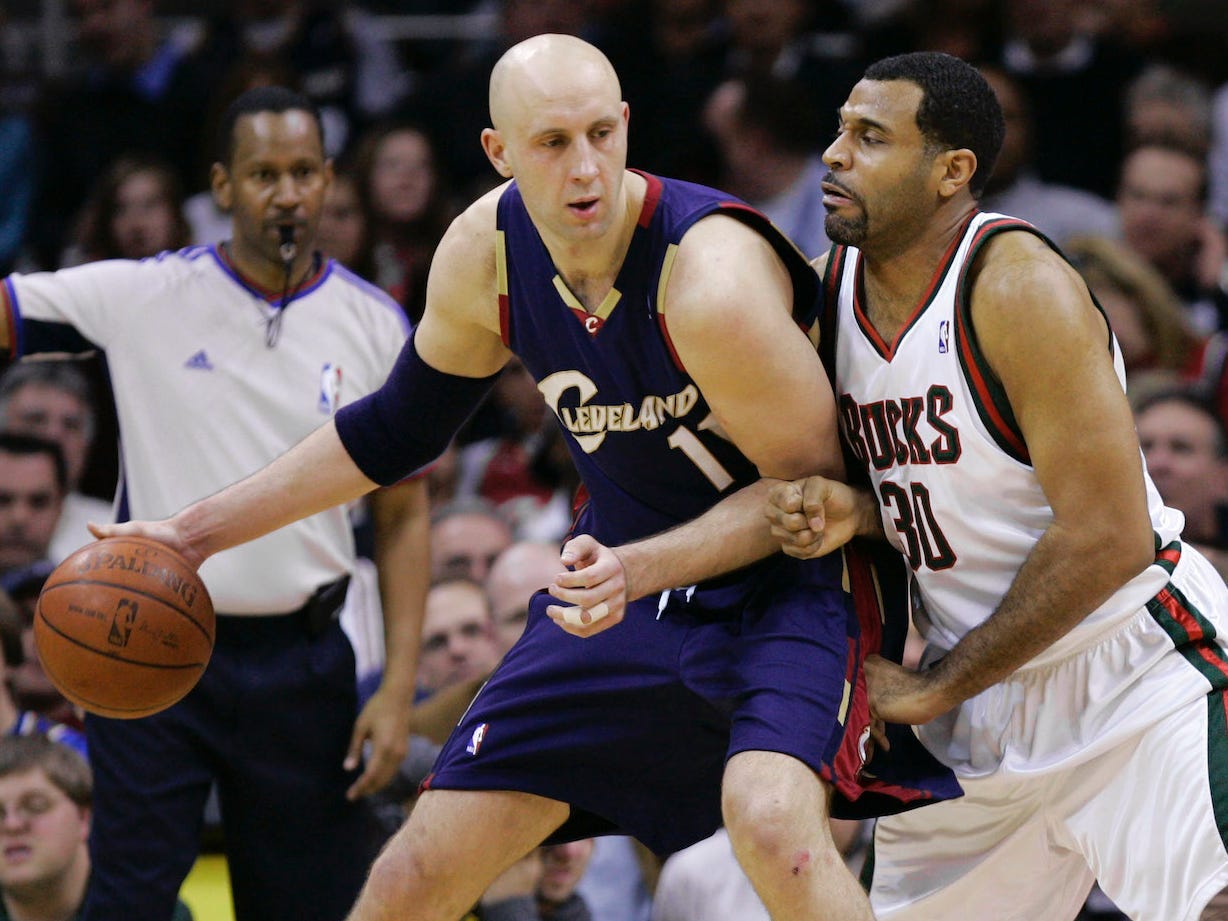 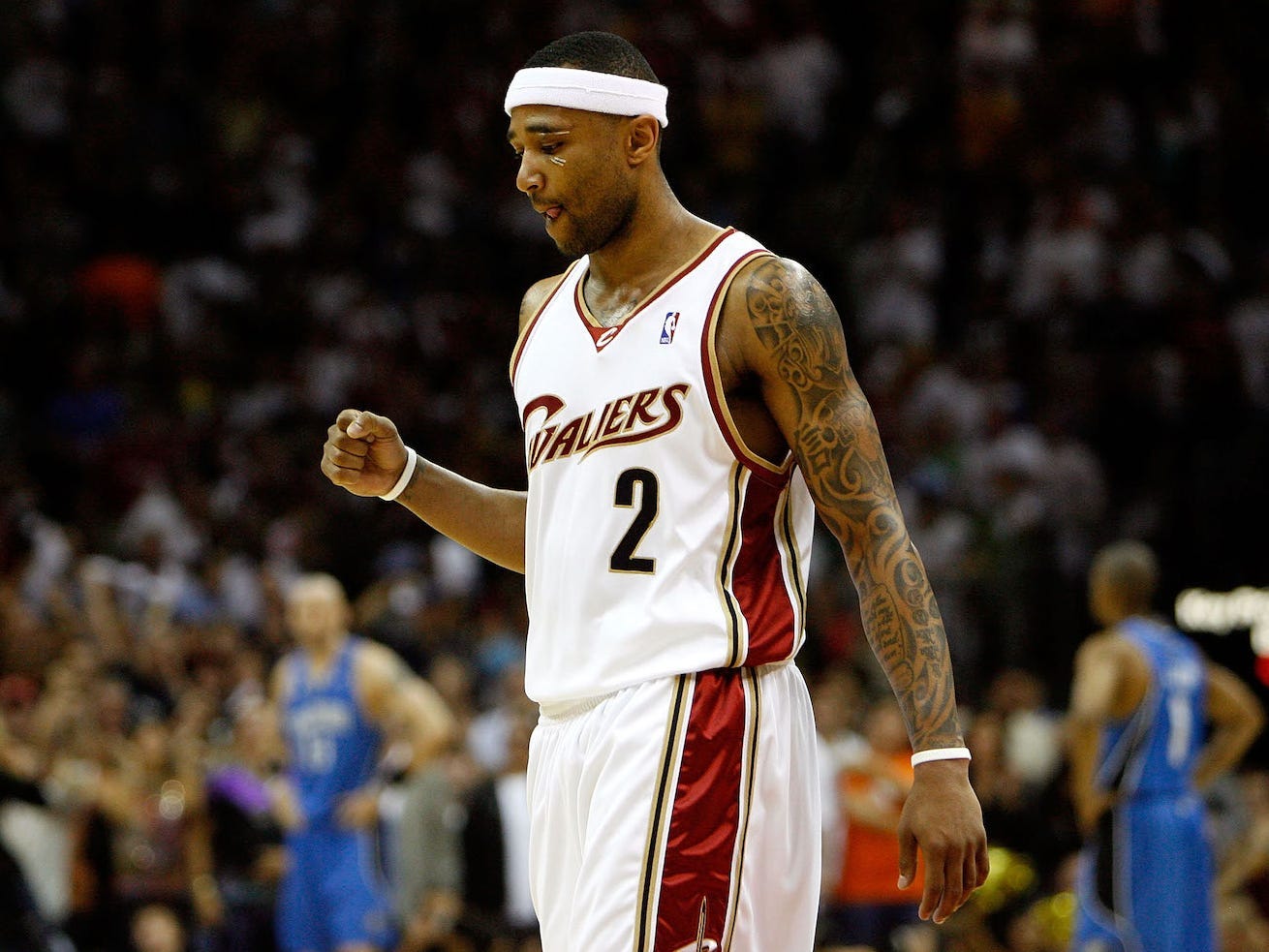 One thing to know: Williams is one of the few All-Stars James played with during his first stint with the Cavaliers. From 2008-2010, Williams averaged 16 points, 3 rebounds, and 4.5 assists per game, while hitting 43% of his attempts from downtown. He was a bit over-stretched as a No. 2 option on Cavs teams that couldn’t turn regular-season success into Finals appearances, but he was one of James’ better offensive teammates. 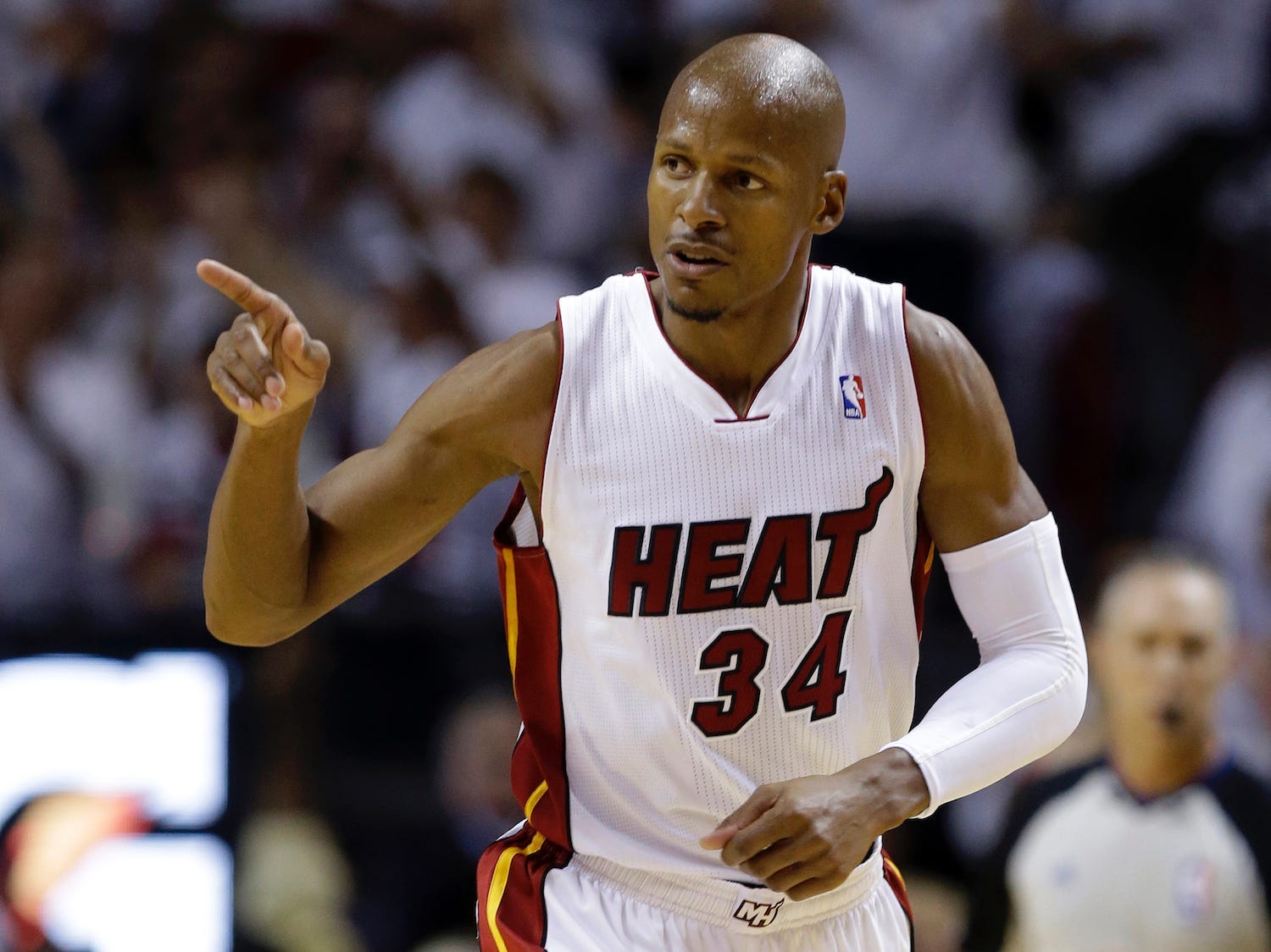 One thing to know: Even in his final two years in the NBA, Allen was a weapon next to James. He only averaged 10 points per game across his two seasons in Miami, but Allen still hit 255 threes across those two seasons, including a season-saving three-pointer in Game 6 of the Finals, one of the most famous shots in NBA history. It’s hard to say how many players had a bigger effect on a James-led team than Allen. 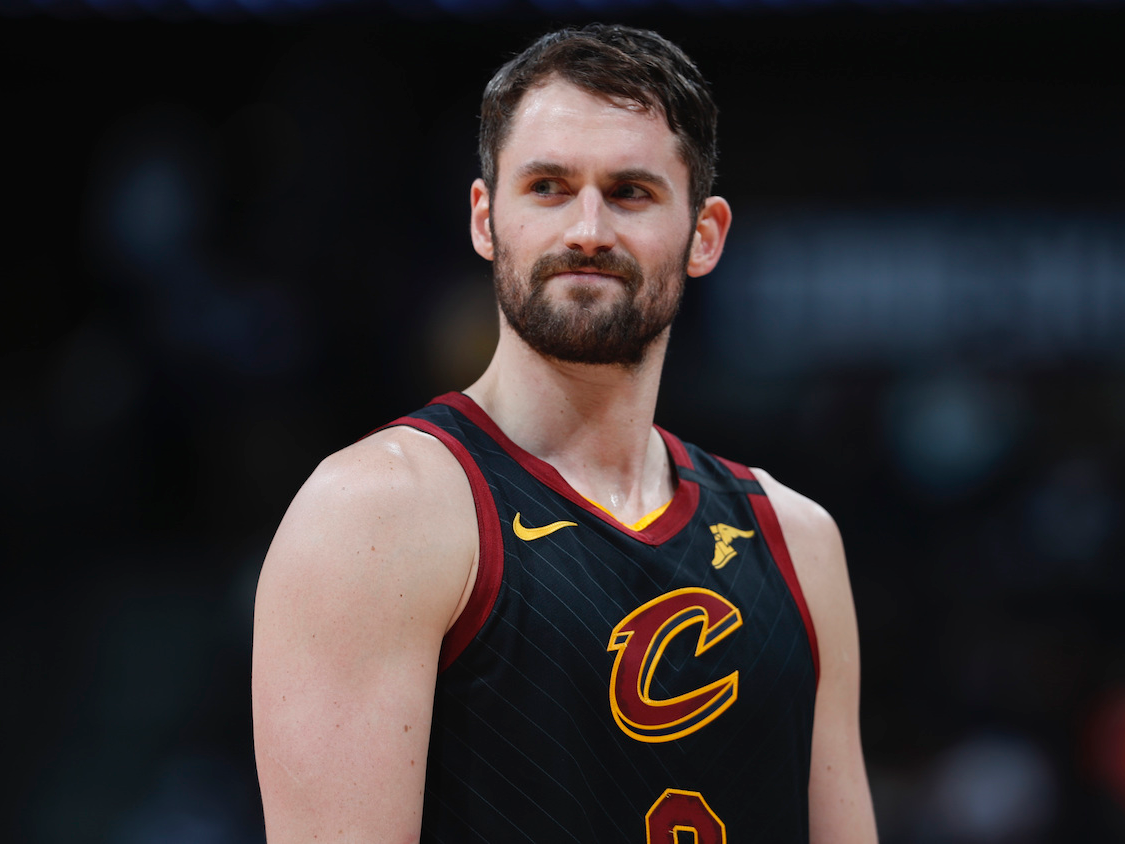 One thing to know: James helped orchestrate the trade for Love when he returned to Cleveland in 2014. While things were often bumpy between James and Love in Cleveland, with Love relegated to different spots on the floor and a lesser role, he was still a valuable stretch four and third option in Cleveland’s offence. Love averaged 17.2 points, 10 rebounds, and 37.8% shooting from 3 alongside James, solid productivity for a third option. 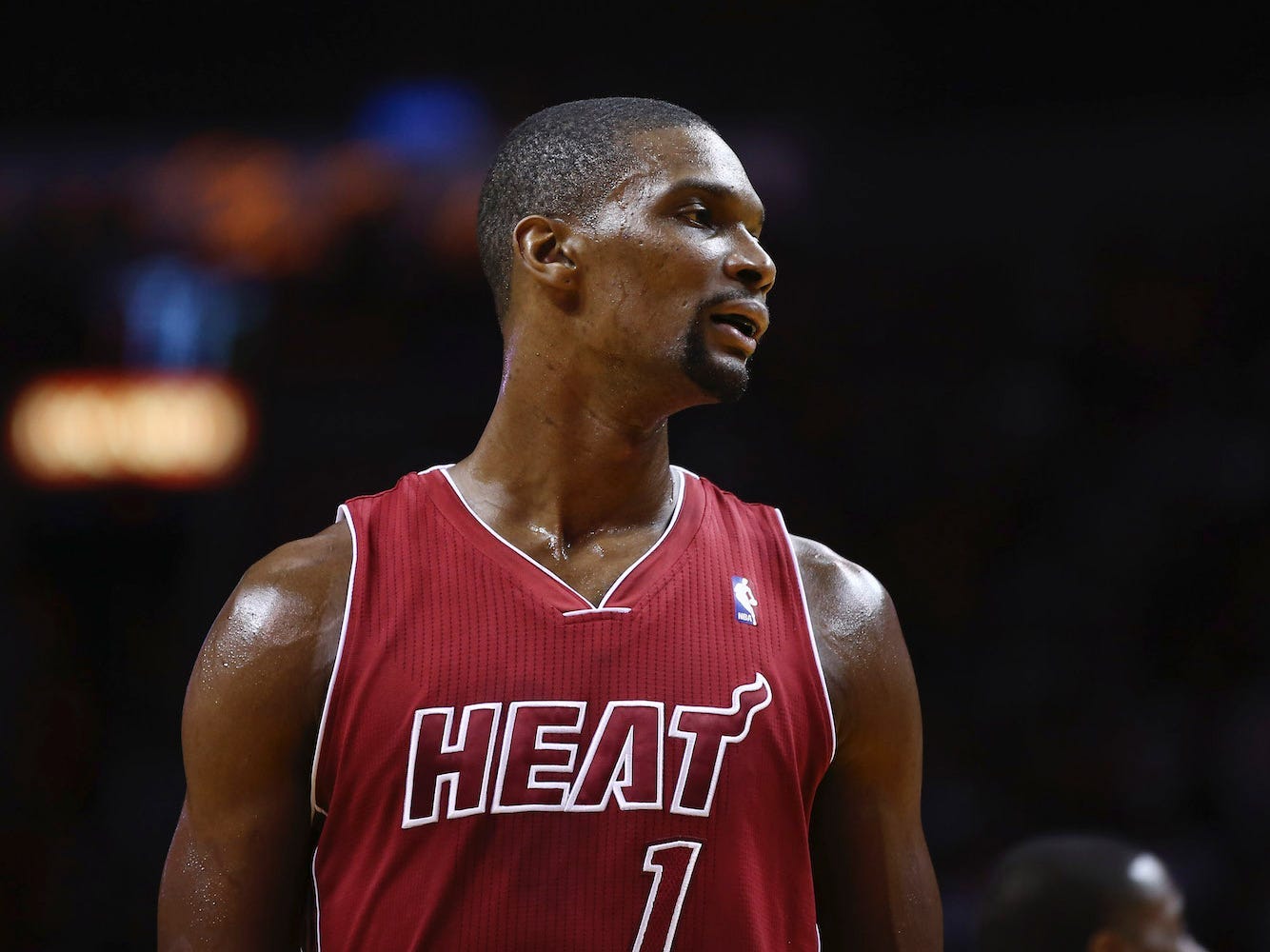 One thing to know: Like Kevin Love, Bosh was forced into a new role alongside James and Dwyane Wade, occasionally reducing his effectiveness. Still, where Bosh’s post and midrange scoring was reduced in Miami, he was a crucial defensive anchor and, eventually, a floor-spreader for the Heat. His willingness to accept a new role helped usher in a new era in the NBA. 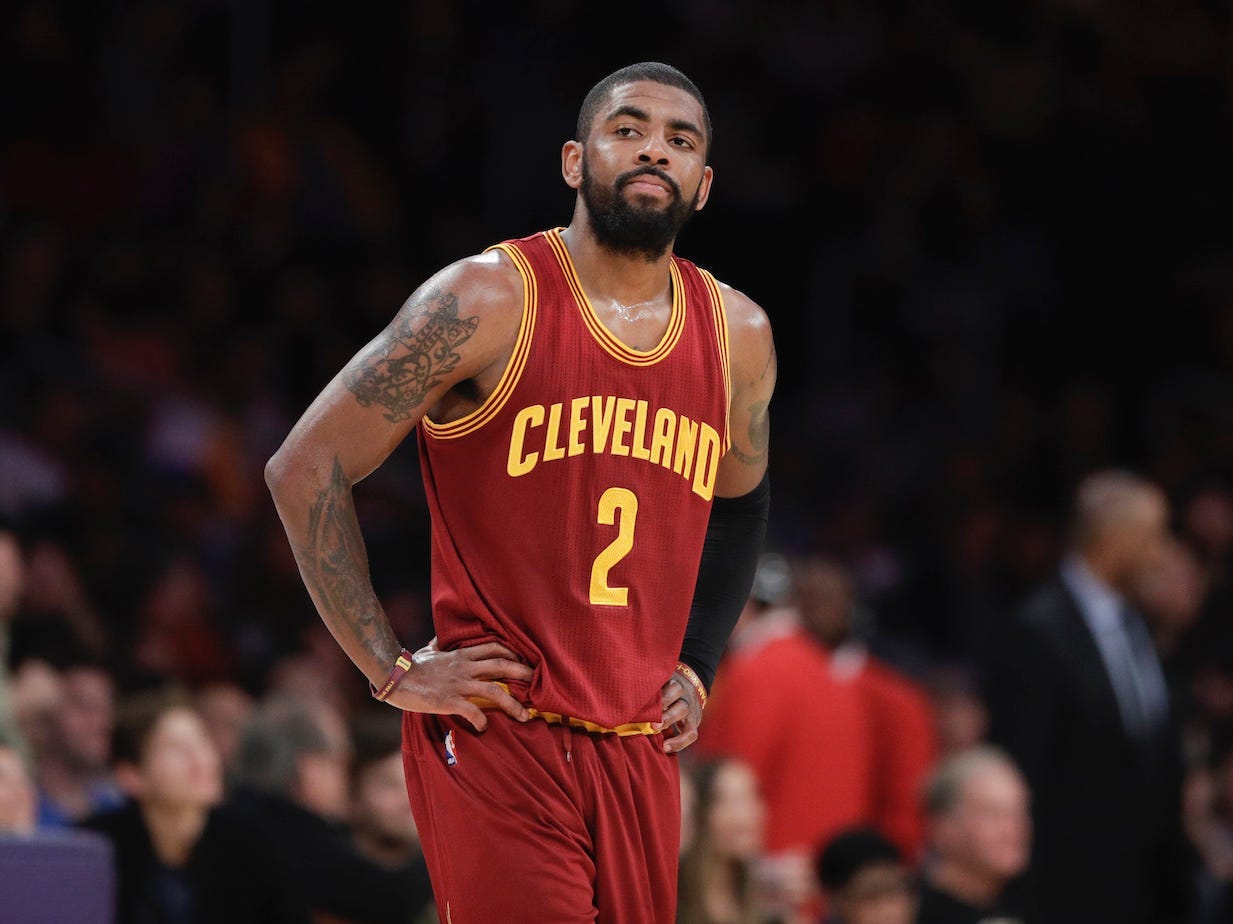 One thing to know: Irving might be the most talented offensive player James has played with in terms of raw talent. Irving’s flaws were obvious at times, but few teammates of James have had such an impact on winning as Irving. His scoring take-overs in the 2016 Finals were crucial in helping the Cavs win the title. If Irving hadn’t requested a trade in the summer of 2017, it’s fair to wonder how he and James’ chemistry might have continued. 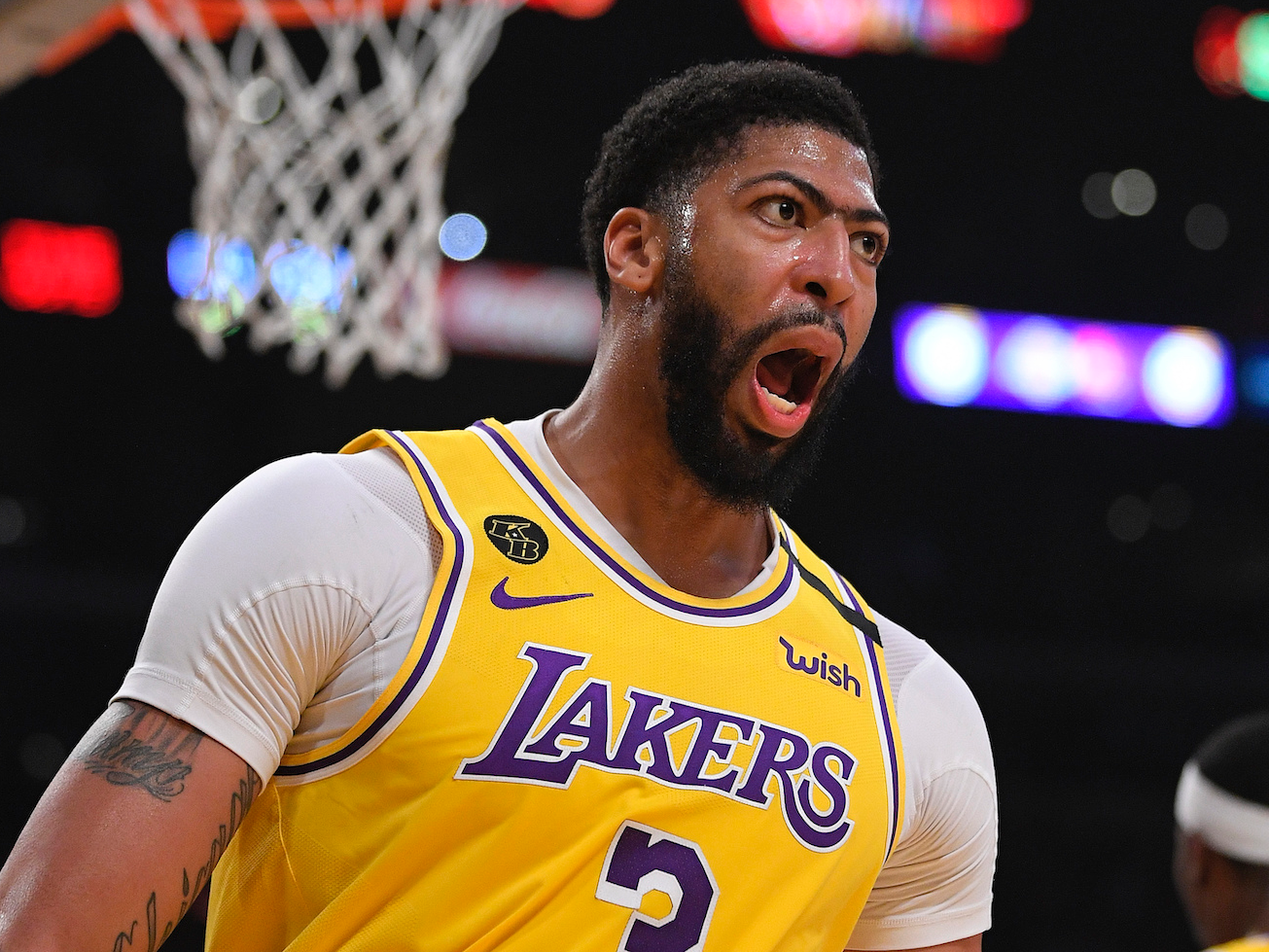 One thing to know: Davis may one day end up No. 1 on this list; let’s wait to see if the Lakers win the championship and how long Davis stays in LA. In the meantime, James and Davis’ fit has been almost seamless and certainly easier than any other past superstar teammate of James. He’s a defensive stalwart with perennial Defensive Player of the Year potential who also happens to be an offensive package of skills we’ve never seen from a true, 7-foot big man (Kevin Durant is his own category). 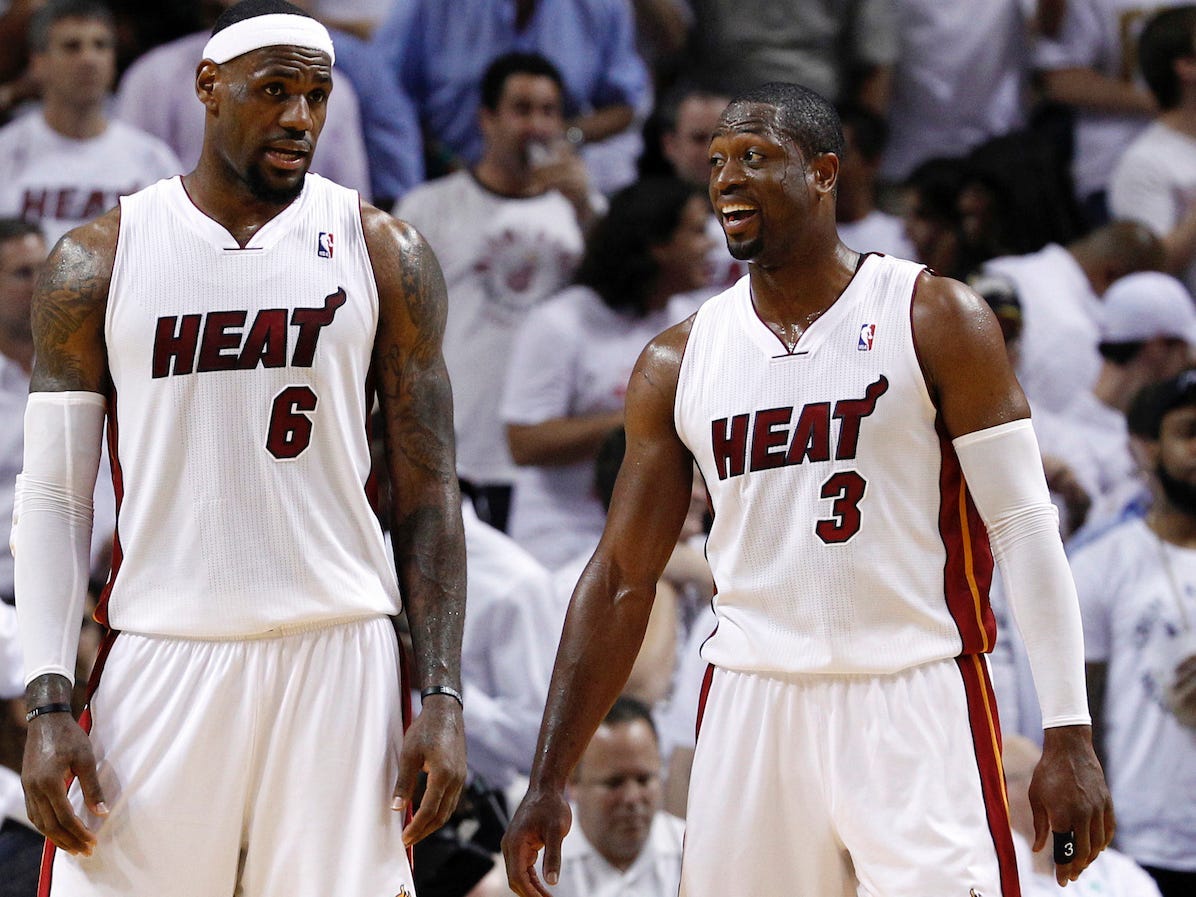 One thing to know: Wade was a top-five player, and maybe higher, when he and James joined forces in 2010. He willingly took a backseat to James after Year 1 in Miami, but don’t mistake his lower averages for inability. Wade might have been the most over-qualified No. 2 ever – a defensive menace, explosive scorer, and clever playmaker whose connection with James blossomed over the years. Injuries slowed Wade down a little bit over their four years together, but he was nonetheless the best overall teammate James had.

Now, check out where the historic 2003 draft class is today… 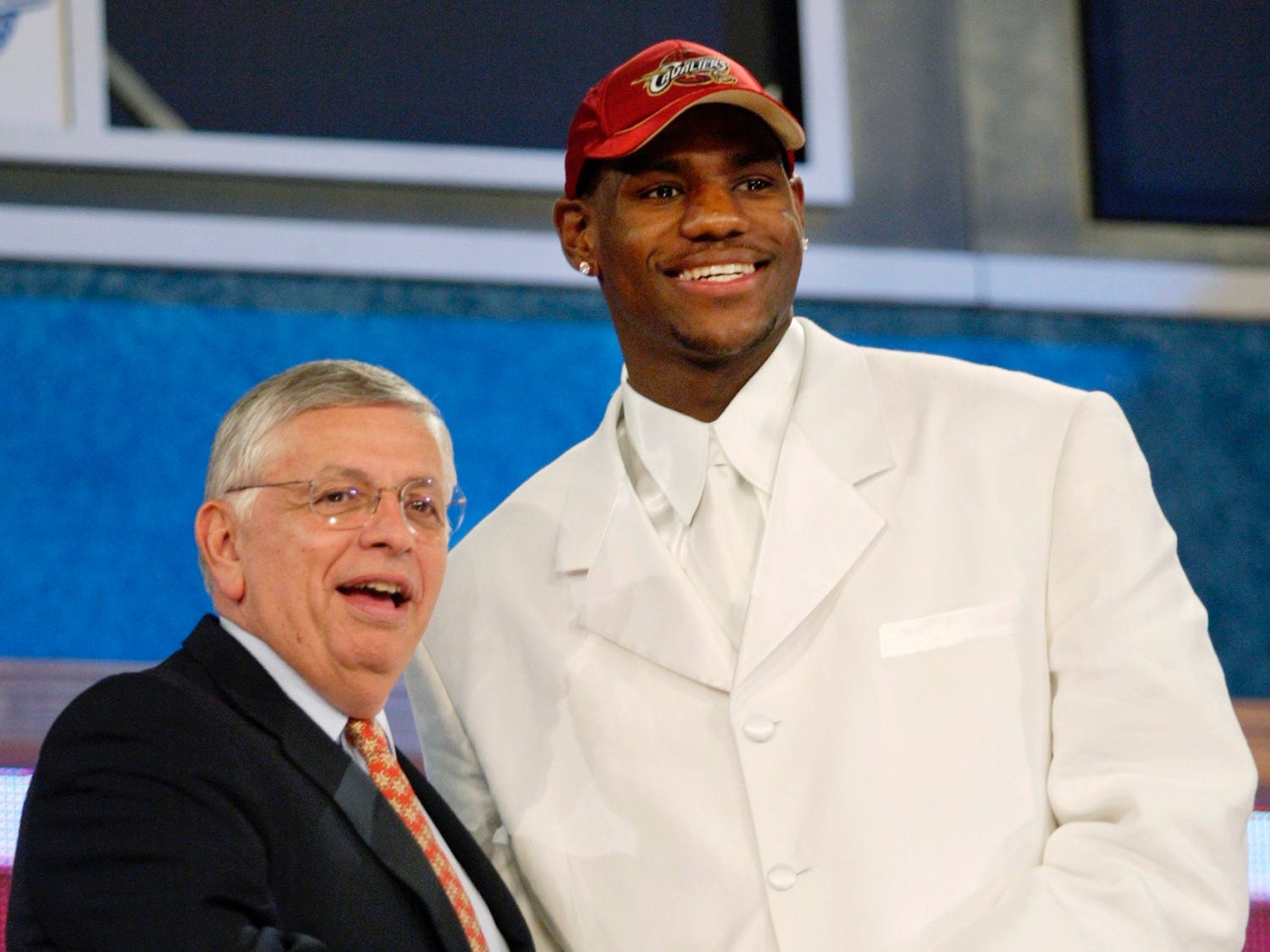 WHERE ARE THEY NOW? The players from LeBron James’ legendary 2003 NBA Draft >