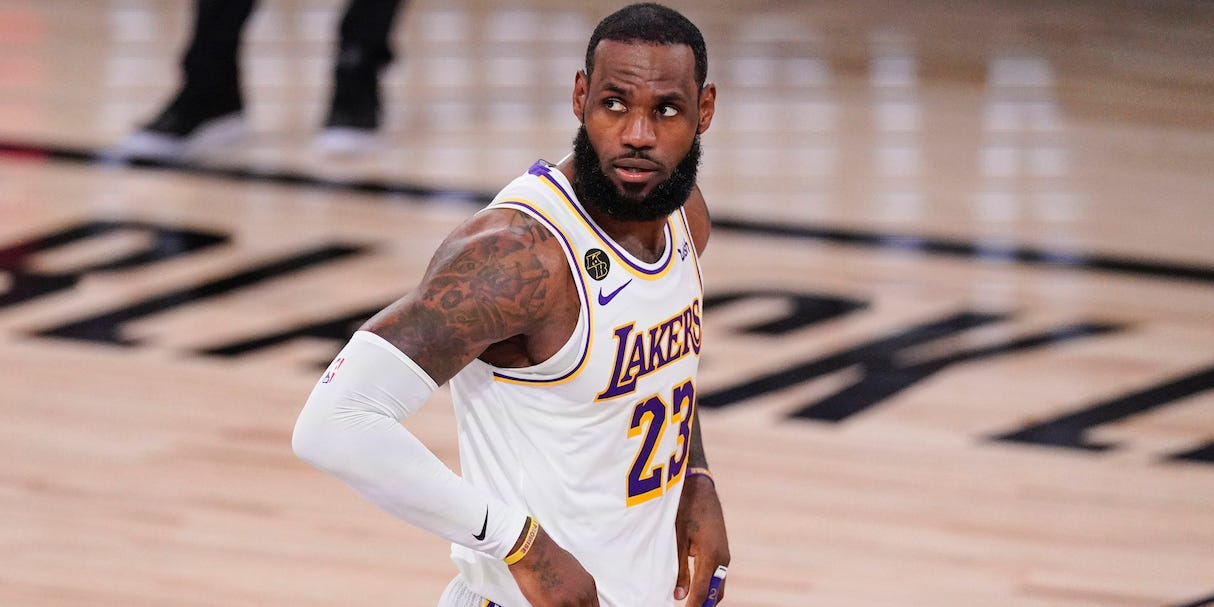 Over two seasons with the Los Angeles Lakers, LeBron James has learned that he has to earn the respect of a fanbase that has cheered for some all-time great players.

James and the Lakers are one win away from a championship â€” James’ fourth and the Lakers’ 17th. The win would cement James’ place in Lakers history, which includes champions like Magic Johnson, Kobe Bryant, Shaquille O’Neal, and Kareem Abdul-Jabbar, just to name a few.

James told reporters on Thursday that he has learned that he had to have success in a Lakers uniform to win over the fans.

“Well, one, what I’ve learned being a Laker is that the Laker faithful don’t give a damn what you’ve done before,” James said. “Until you become a Laker, you’ve got to do it with them, as well.”

He added: “They don’t care about your rÃ©sumÃ© at all until you become a Laker. Then you’ve got to do it as a Laker, and then they respect you. I’ve learned that.”

James’ discovery is a bit of a humorous back-track. After one of James’ first practices with the Lakers in 2018, he was asked what he would have to do to earn fans’ respect. James reacted incredulously, “Who? Me?” He brushed off the question, saying, “I know what I bring to the table and the floor.”

Of course, after that moment, not much went right for James and the Lakers. After beginning the season 20-14, James suffered a groin injury that held him out for weeks, the longest injury of his career.

Even when James returned, the Lakers struggled, going 11-26 over their next 37 games. Team chemistry was undone by trade rumours for Anthony Davis, which were naturally tied to James, as he and Davis share an agent, and James had made no secret about wanting to play with Davis.

The Lakers traded for Davis after the season and added important pieces in Danny Green, Dwight Howard, and Avery Bradley (who sat out of the bubble) while retaining players like Kentavious Caldwell-Pope, Rajon Rondo, and JaVale McGee.

Through a season that has now lasted over a year, the Lakers have been the most consistent team in the NBA. They began the season 24-3, finished the season 52-19, and have gone a remarkable 15-4 in the postseason.

Meanwhile, James has been as good as ever. He averaged 25 points and a league-leading 10 assists per game this season, a career-high for him. In the postseason, he has at times deferred to Anthony Davis and struggled with his shooting and energy, but it hasn’t been reflected in the numbers â€” he’s averaging 26.9 points, 10.2 rebounds, and 8.8 assists per game in the playoffs.

It took one messy season and an extra-long season interrupted by a pandemic, but Lakers fans have indeed seen what James brings to the table.