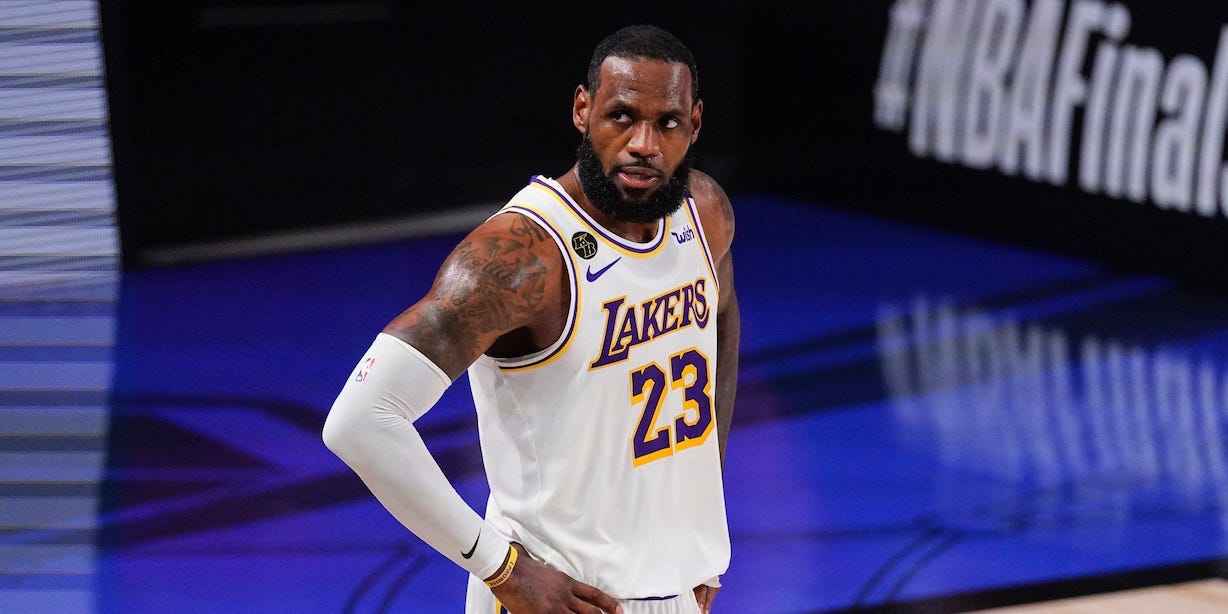 LeBron James’ criticism of the NBA’s plans to host an All-Star Game could be the nightmare scenario for the league.

On Thursday, James slammed the plans for the event, saying he had “zero excitement.”

James cited the Lakers’ short offseason and the pandemic, saying he was hoping for a break in the season in lieu of the All-Star Game.

“Coming into this season, we were told that we were not having an All-Star Game, so we’d have a nice little break … And then they throw an All-Star Game on us like this and just breaks that all the way up. So, um, pretty much kind of a slap in the face.”

ESPN’s Adrian Wojnarowski reported on Thursday that as the NBA and players union discussed plans for the All-Star Game, including the skill contests, the two sides were “increasingly confident that enough of the league’s top players are willing to participate during a tight midseason break in this condensed pandemic schedule.”

Clearly, the plans had not been run by James or at least been given his seal of approval. James’ slamming of the idea also comes as somewhat of a surprise, as his close friend Chris Paul is the Players Association president.

There is plenty of evidence that James is a big influence on the NBA and its players.

Over the summer, as the NBA and players union discussed ideas for resuming the season amid the suspension for the coronavirus pandemic, eventually leading to the Disney bubble, Clippers guard Patrick Beverley tweeted that if James were playing, they would all be playing.

“If @KingJames said he hooping. We all hooping,” Beverley tweeted. “Not Personal only BUSINESS.”

In 2016 and 2017, as the NFL dealt with how to handle players kneeling during the national anthem, following Colin Kaepernick’s lead, ESPN’s Zach Lowe said that James’ declaration that he would stand for the anthem led to a sigh of relief from the NBA.

“When LeBron says something, that’s a huge deal to the NBA,” Lowe said on Bill Simmons’ podcast. “When LeBron came out before the season and said, ‘I’m gonna stand for the anthem,’ everyone in the NBA league office was like, [sigh of relief] All the players will just do what LeBron says.”

When games were postponed in the Disney bubble due to a player strike over the shooting of Jacob Blake in Kenosha, Wisconsin,James’ belief that players should leave the bubble and end the season nearly derailed the whole season. Once he was back on board, the season resumed.

That James would come out so vocally against the All-Star Game could sway other players, or at least convince them to speak out if they were also against it.

Of course, James wasn’t the first player to come out against the plans. On Wednesday, Sacramento Kings guard De’Aaron Fox called the idea “stupid.” Fox said protocols are so strict to play regular-season games that he didn’t understand why there would be an All-Star Game.

Denver Nuggets centre Nikola Jokic was less critical but said he had hoped for rest over the break. He went on to say that being an All-Star was an honour.

Fox had added that he would play in the game if selected, to avoid the “hefty” fine the league hands down for players who skip the event.

According to Wojnarowski â€” though it’s not official â€” there may be an opt-out clause for this year’s All-Star Game, much like how the league has added opt-out clauses throughout the pandemic.

If players, like James, can opt-out without punishment, then James’ comments could lead to an avalanche of players choosing not to go. If the league’s top players are not part of the All-Star Game, the league may have to question if the event is even worthwhile.