Though Britain is set to leave EU trading and customs rules at the end of the year, the government announced last month that full border controls would not be applied on goods until July 2021.

Business Insider reported last week that the plan raised serious concerns among business groups, who said it could be a “disaster” for firms trading with the EU.

On Wednesday, Liz Truss, the international trade secretary, wrote in a letter to Rishi Sunak, the chancellor of the exchequer, and Michael Gove, the chancellor of the Duchy of Lancaster, expressing four “key areas of concern” about the government’s plans to leave EU trading and custom rules at the end of 2020.

Truss said the plans could create a series of logistical, political, and reputational risks for the government, including:

Truss told Sunak and Gove that a failure to make sure all ports are ready to carry out the full range of checks on incoming goods by January could lead to smuggling into the UK.

“I would like assurances that we are able to deliver full control at these ports by July 2021 and that plans are in place from January to mitigate the risk of goods being circumvented from ports implementing full controls,” she wrote.

Truss also said she was worried that the legality of the UK’s plan for a phased approach to checks on goods coming from the EU from January to July could be challenged at the WTO.

She said the UK would “be vulnerable to WTO challenge” because of its border policy. This is because the UK plans to temporarily give the EU preferential treatment, which could be a breach of WTO rules if there is no UK-EU free-trade agreement in place.

Truss also suggested that as of January 1, all goods going to Northern Ireland from elsewhere in the world could have the EU tariff applied by default, as the system for applying both UK and EU tariffs is not expected to be ready on time.

“I understand that the digital delivery of the dual tariff system (both EU and UK tariff) in Northern Ireland is a high risk and that HMRC are planning to apply the EU tariff as a default to all imports in NI on 1 January 2021,” she wrote.

Truss said she was worried that it would anger unionists in the province, telling Gove and Sunak that “this is very concerning as this may call into question NI’s place in the UK customs territory.”

This section of the letter is likely to fuel concerns in Northern Ireland that businesses in the province will face significant new costs as of next year. Business Insider reported last month that businesses were considering leaving the province in anticipation of trade with Great Britain becoming more expensive.

Responding to the leaked letter, the Northern Ireland Retail Consortium’s Aodhan Connolly said: “If true, a plan to implement EU tariffs as a default provides unprecedented problems to retailers who trade in Northern Ireland.”

He told Business Insider: “Retail accounts for 70% of the value of trade that crosses GB-NI and even if we were able to reclaim the tariffs the implications for cash flow while waiting for refunds makes the premise untenable.”

He added: “I am glad the International Trade Secretary shares our concerns about a workable system being in place by January 2021. That’s why we want to see tried and tested off the peg solutions such as a trusted trader or green channel scheme that will remove friction and allow the majority of goods to flow freely.”

In her letter, Truss also appeared to confirm that a UK government plan to waive customs declarations on exports to the EU had been dropped.

“I am pleased to hear that following the XO [EU Exit Operations] meeting last Friday, it was decided that the temporary waving of export declarations will not be included in the publication,” she said.

Truss signed off by telling her colleagues: “We need to ensure that the UK border is effective and compliant with international rules, maintaining our credibility with trading partners, the WTO and with business.”

Johnson’s government is set to publish its full plans for how the borders will work from January 1 on Monday.

The opposition Labour Party said the letter showed that the government was “making things up as they go” on Brexit.

“This email confirms fears that several ministers have been making things up as they go with a lack of awareness of the real world consequences of border policies they have had four years to develop,” said Rachel Reeves, the shadow chancellor of the Duchy of Lancaster and shadow Cabinet Office minister.

“At the general election people were promised an ‘oven-ready’ deal to be implemented by the end of this year, not chaos, confusion and a further risk to jobs.”

A government representative said: “We do not comment on leaks.”

Truss’ letter, which was also shared with Home Secretary Priti Patel, echoed concerns voiced by business groups in recent weeks over the UK’s readiness for leaving the European single market and customs union in 2021.

Groups last week told Business Insider that Johnson’s government had failed to guarantee that the new IT system for processing customs checks on exports – the Goods Vehicle Movement Service – would be ready on time.

Alistair Carmichael, the Liberal Democrats’ spokesman for Brexit and foreign affairs, called on Johnson’s government to explain the letter to Parliament, telling Business Insider: “At a time when the UK is already facing the COVID-19 crisis, we cannot afford to crash out of the EU without a deal in place or to accept bad deal.

“Time and again this Government has brushed off concerns about the damaging consequences of Brexit for trade and the border on the island of Ireland. This explosive email clearly reveals the panic in the dark corridors of Whitehall.

“It is essential the Government publishes detailed impact assessments immediately and come before Parliament and be honest with the public.”

Naomi Smith, the CEO of Best For Britain, a group campaigning for a comprehensive UK trade deal with the EU, said: “The government ignored concerns that we wouldn’t be ready to end the transition period on 31st December, despite numerous warnings from business and trade bodies.”

Smith added: “This email proves that those concerns were valid, and the senior Cabinet minister trusted with Britain’s future trade shares them.”

The campaign group has also called on Truss to publish the letter – as well as Gove and Sunak’s response – in full. 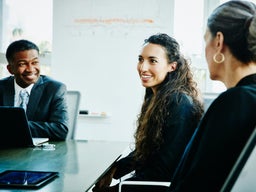