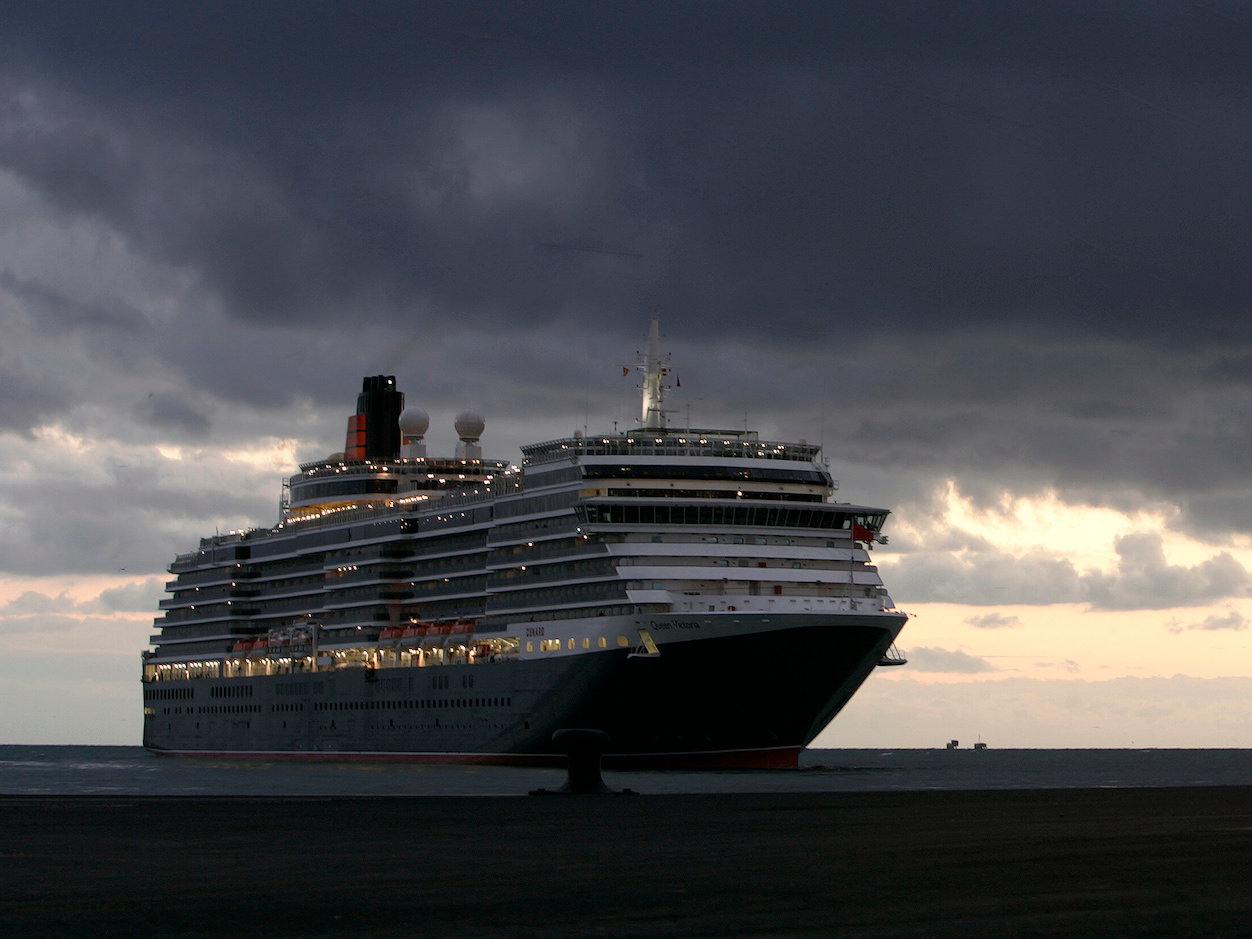 Jon Nazca/ReutersThe captain said that barring ‘absolutely critical’ circumstances, no one is permitted to leave or come aboard the Queen Victoria for two weeks.

A Cunard Line cruise ship moored in Southampton, England, is dealing with an outbreak of COVID-19, and all nonessential crew members have been asked to remain in their cabins for at least two weeks.

Leaked audio of a ship wide announcement this week by the ship’s captain provided to Business Insider by a crew member of the MS Queen Victoria, provides a clear view of the uncertainty and inertia surrounding the lives of crew members stuck aboard cruise ships around the world.

“Unfortunately, we have had some news today that confirms that we do indeed have some COVID-19 cases on board,” Capt. Jonathan Ward said. “Working in conjunction with our shoreside medical team, we need to protect you, ourselves, our crew, as much as possible during this time.”

Cunard Line and its parent company, Carnival Corporation, did not respond to Business Insider’s request for comment.

The ship-tracking websites VesselFinder and Cruisin showed the Queen Victoria moored in Southampton on Friday. Vessel Finder logged the ship as having made an eight-hour stop in Port Everglades, Florida, on March 17.

The BBC reported in March that Cunard had cancelled its three international cruises on the Queen Mary 2, the Queen Victoria, and the Queen Elizabeth. The line’s “pause of operations” is set to last until May 15, according to Cunard’s website.

In the leaked audio, the captain said that barring “absolutely critical” circumstances, no one was permitted to leave or come aboard the Queen Victoria for 14 days. Crew members who had been prepared to disembark were told they would be “advised and updated of your new plans for your departure.”

Ward proceeded to explain several new ship wide rules put in place to prevent the spread of COVID-19 on board.

“The following measures I’m about to outline may not be easy and will have a significant impact on your day-to-day life on board, certainly for the next couple of weeks, but, I must be absolutely clear, also for as long as necessary,” Ward told the crew.

The captain repeatedly said the ship would have to begin “working on the fundamental principle that you should be only out of your cabin to work on essential activities from now on, or in an emergency.” Crew members were told that managers would be in contact with those tasked with essential work.

“Otherwise, you should assume you are to remain in your cabin,” Ward said.

He said that crew members in isolation would be provided three meals a day, left outside their cabins. After eating, they would deposit their trays in the hall outside, while other crew members would collect them and sanitize the hall.

Ward encouraged crew members – especially those assigned to essential tasks – to keep washing their hands throughout the day.

“You must also wear a surgical mask every time you leave your cabin,” he said. “Avoid touching the mask with your hands, and if you do, wash your hands thoroughly.”

In the announcement, Ward told crew members to be aware of symptoms of COVID-19 such as a fever, a persistent cough, and breathlessness. He said crew members experiencing such symptoms should call the ship’s medical centre.

The captain said crew members would be allowed to take “fresh-air breaks,” with those confined to their cabins being given priority. He said details about those breaks would be announced “in due course.”

The ship’s leadership was also said to be “exploring what can be done to improve the internet and television content, to make sure that you are always as comfortable as possible whilst you are in your assigned cabin.”

“My absolute priority at this time, but never more so than at the moment, is to keep you all safe and well,” Ward said. “We are doing all of this to protect ourselves, and I thank you for all of your patience as we collectively work through this difficult time.”

Ward signed off by thanking the ship’s medical centre’s staff for “working to keep us all in good health during these very challenging times.”

This article was updated to reflect the fact that Jonathan Ward is currently serving as captain of the Queen Victoria. A previous version of the article incorrectly identified the current captain as Tomas Connery, who disembarked in late March.

Are you a cruise-ship crew member or a cruise-line employee? Email [email protected]