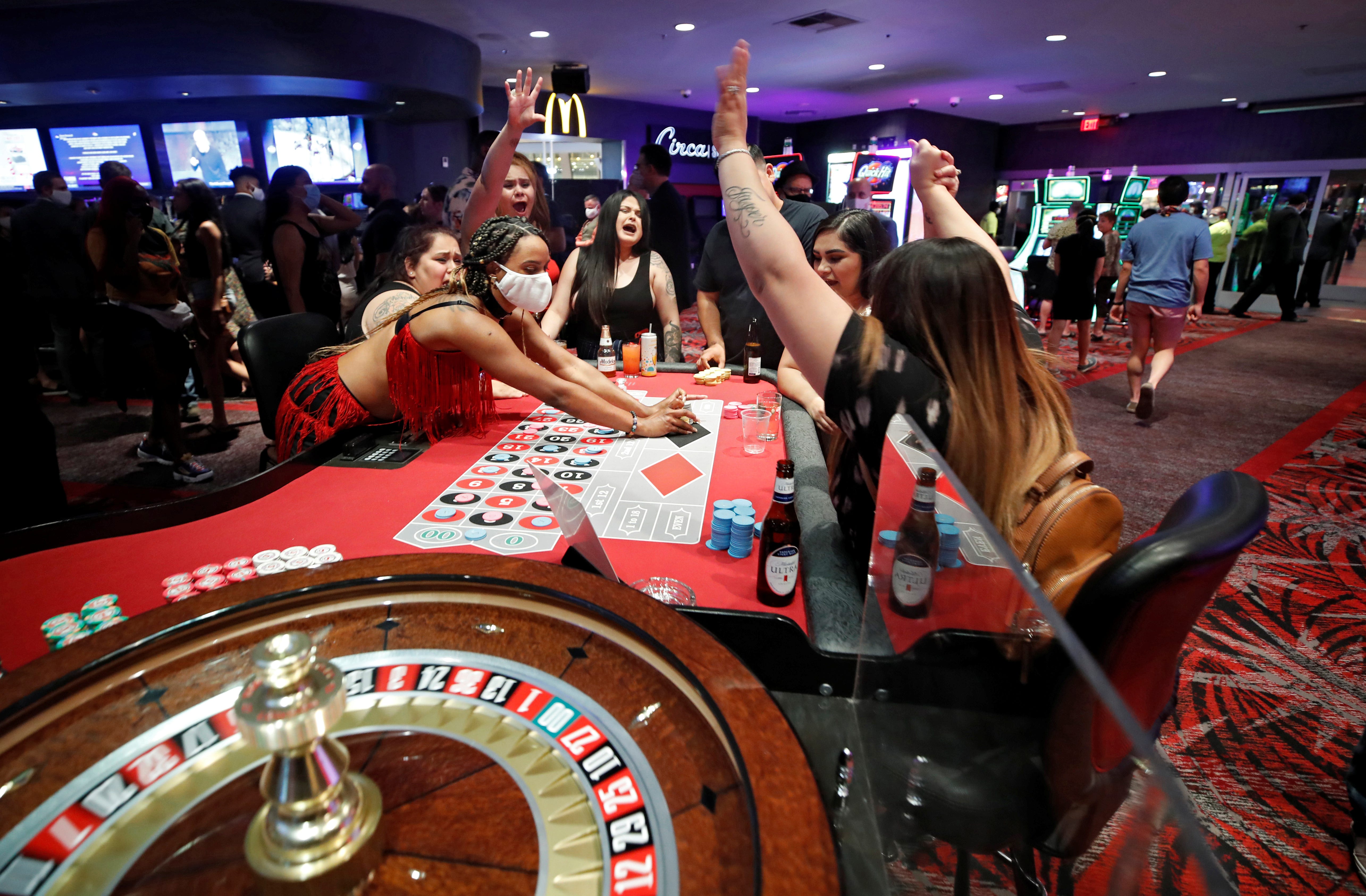 REUTERS/Steve MarcusGamblers at The D casino in Las Vegas on June 4.

Some Las Vegas casinos and hotels opened their doors Thursday as Nevada continued its second stage of reopening – and at least one casino was packed with people ignoring social-distancing guidelines.

To reopen, casinos need to submit a plan to the Nevada Gaming Control Board detailing how they intend to keep proper hygiene and social distancing. The MGM Resorts-owned Bellagio and New York-New York, among other casinos, planned to increase cleaning, require employees to wear masks, and maintain social distancing. But when the doors opened, some casinos proved better than others at maintaining safety protocols.

The gaming floor of The D, a popular casino in downtown Las Vegas, was swarmed with people in the early hours of the casino’s reopening. A video of the gaming floor posted by Las Vegas Review-Journal reporter Mick Akers shows crowds too close to be able to maintain social distancing, though dealers and dancers can be seen wearing masks.

People did not waste any time at The D. Gaming floor is packed. #vegas #dtlv #reopenvegas pic.twitter.com/8GnHzGs1hM

A spokesperson for The D Las Vegas could not immediately be reached for comment.

Many customers also disregarded spacing at slot machines – not leaving an empty spot between themselves and other players.

Some a slot games have players at almost every seat, without spacing. #vegas #dtlv #reopenvegas pic.twitter.com/BW2wdkRw1p

However, surfaces appeared to be regularly cleaned.

Slot machines at The D are being disinfected regularly when not in play. #vegas #dtlv #reopenvegas pic.twitter.com/WPKKMra0XN

A spokesperson for The Fremont Hotel & Casino could not immediately be reached for comment.

While some casinos were packed on the first day of reopening, others saw a weaker turnout.

Online, Las Vegas nightlife venues have drawn criticism from some saying they’re opening too soon, despite their permission from the state government to do so.

One resort, Wynn Las Vegas, was accused of being insensitive on Facebook after posting an ad that read, “Bye Bye Quarantine. Hello Vegas.” The resort later changed the ad’s tagline, according to an anlysis of Facebook’s ad portal by Business Insider. A Wynn representative did not immediately provide a statement when contacted by Business Insider.

Nevada began phase one of its reopening May 9 with restaurants and hair salons. Gyms and fitness facilities were allowed to open during phase two, which began May 29. As more casinos reopen, the downtown strip of Las Vegas is likely to see more visitors in the coming days.