In the largest-ever study of coronavirus cases outside China, 26% of patients died. Their symptoms came in 'clusters.' 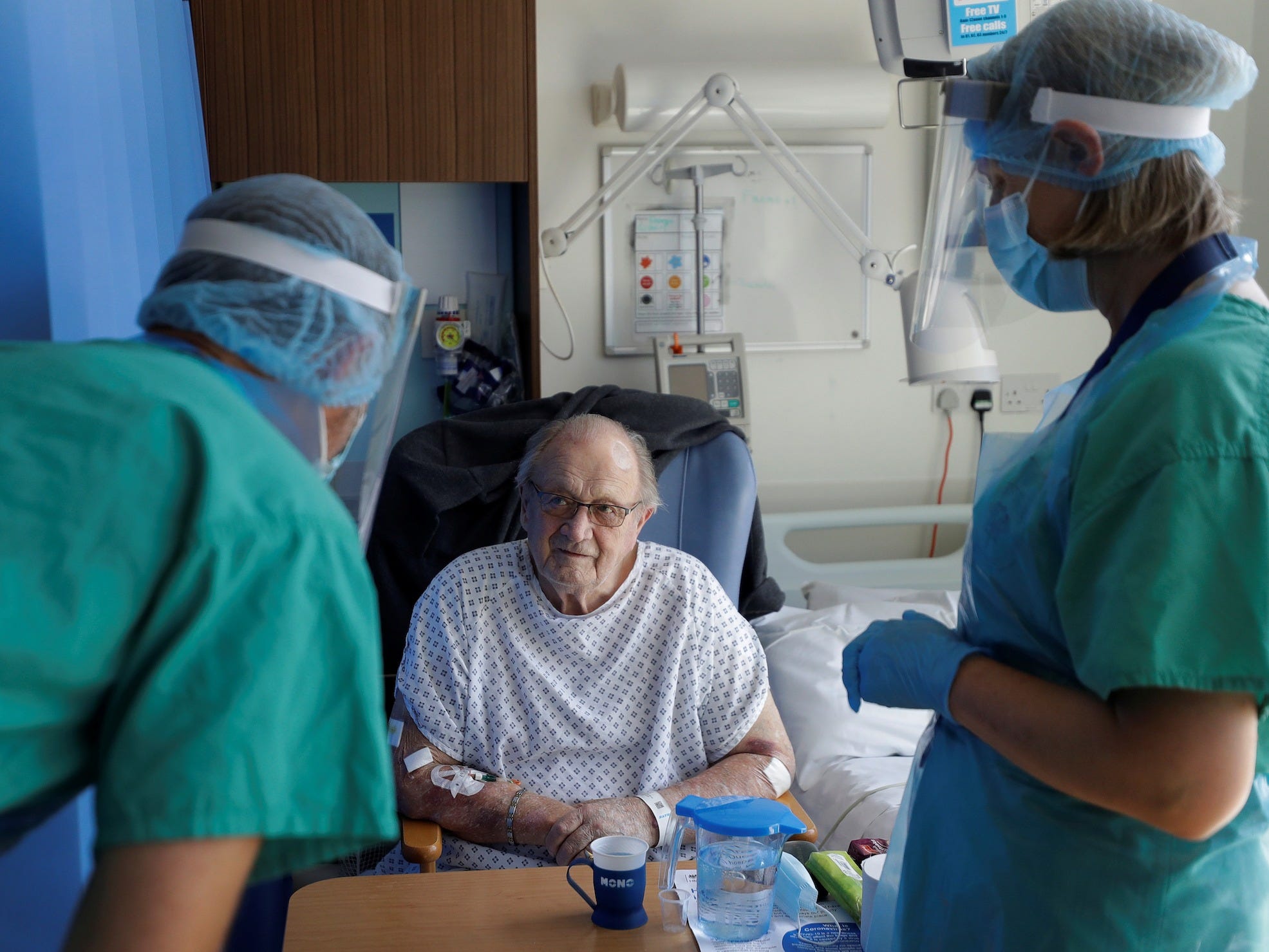 Kirsty Wigglesworth/ReutersCoronavirus patient George Gilbert, 85 who is part of a drug trial, is treated at Addenbrooke’s hospital in Cambridge, Britain May 21, 2020.

Obesity could make coronavirus patients more vulnerable to severe illness, and symptoms may appear in clusters.

In the largest study to date of coronavirus patients outside China, published Friday in the medical journal the BMJ, researchers analysed data from 20,133 patients hospitalized across the UK.

Previous studies of this scale have not highlighted obesity as a risk factor. The hospitalized patients’ median age was 73, and 60% of them were male.

All in all, 26% of patients in the study died and about one-third remained in the hospital.

Less than half of the patients had left the hospital alive by May 3, when the researchers wrote the study. They were all hospitalized between February 6 and April 19.

‘Clusters’ of symptoms, sometimes with no cough or fever 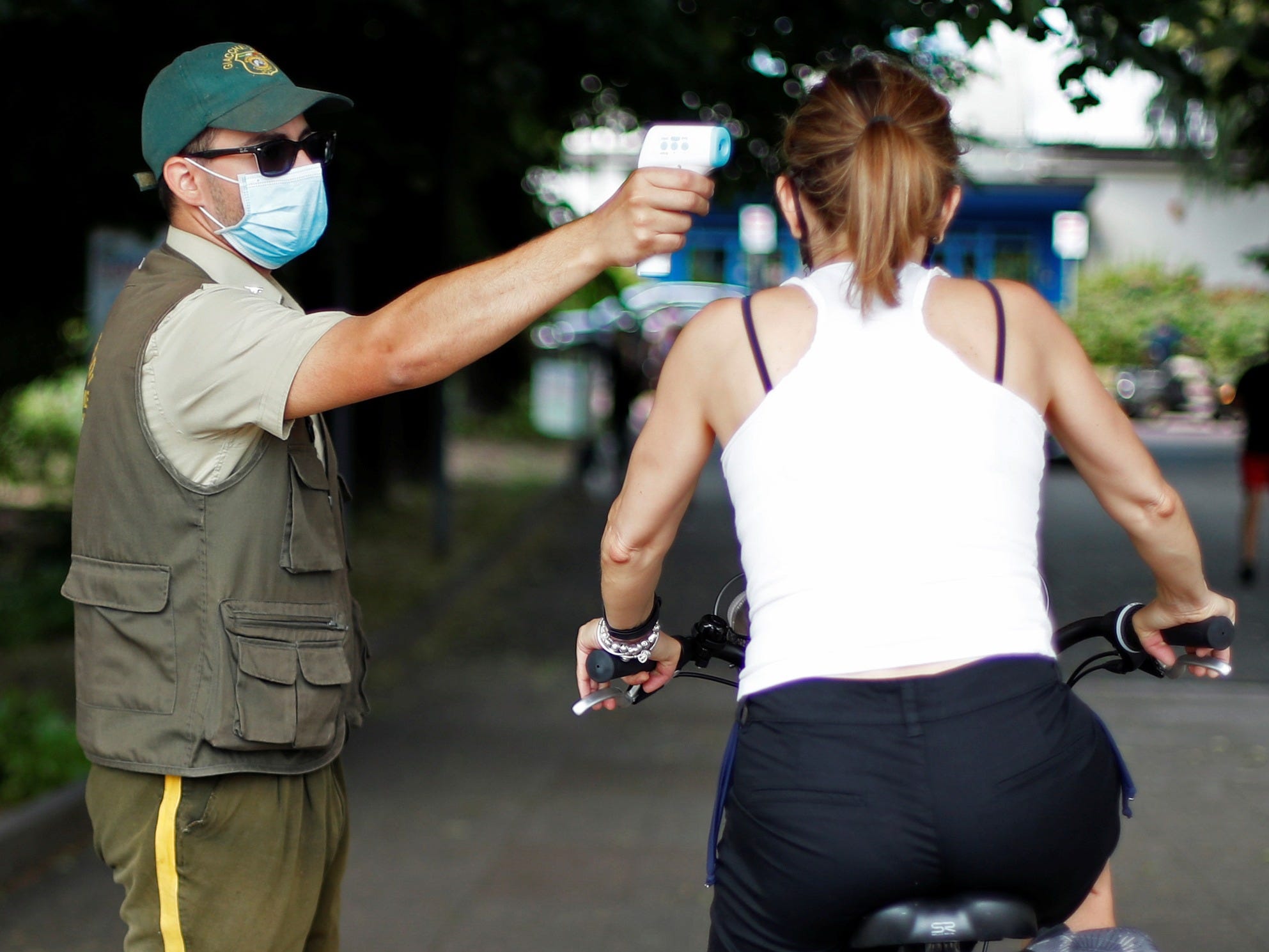 Alessandro Garofalo/ReutersA cyclist has her temperature checked at the entrance of Idroscalo artificial lake, as Italy eases some of its lockdown measures, in Milan, Italy, May 23, 2020.

That includes musculoskeletal symptoms like muscle aches, joint pain, headache, and fatigue. Gastrointestinal symptoms, which appeared in 29% of patients upon their admission to the hospital, include abdominal pain, vomiting, and diarrhoea. A less common “mucocutaneous cluster” included symptoms like skin ulcers and rash.

Though cough, fever, and shortness of breath – the respiratory cluster – remained the most common symptoms, they each only appeared in roughly 70% of patients. Some patients had no respiratory symptoms at all. 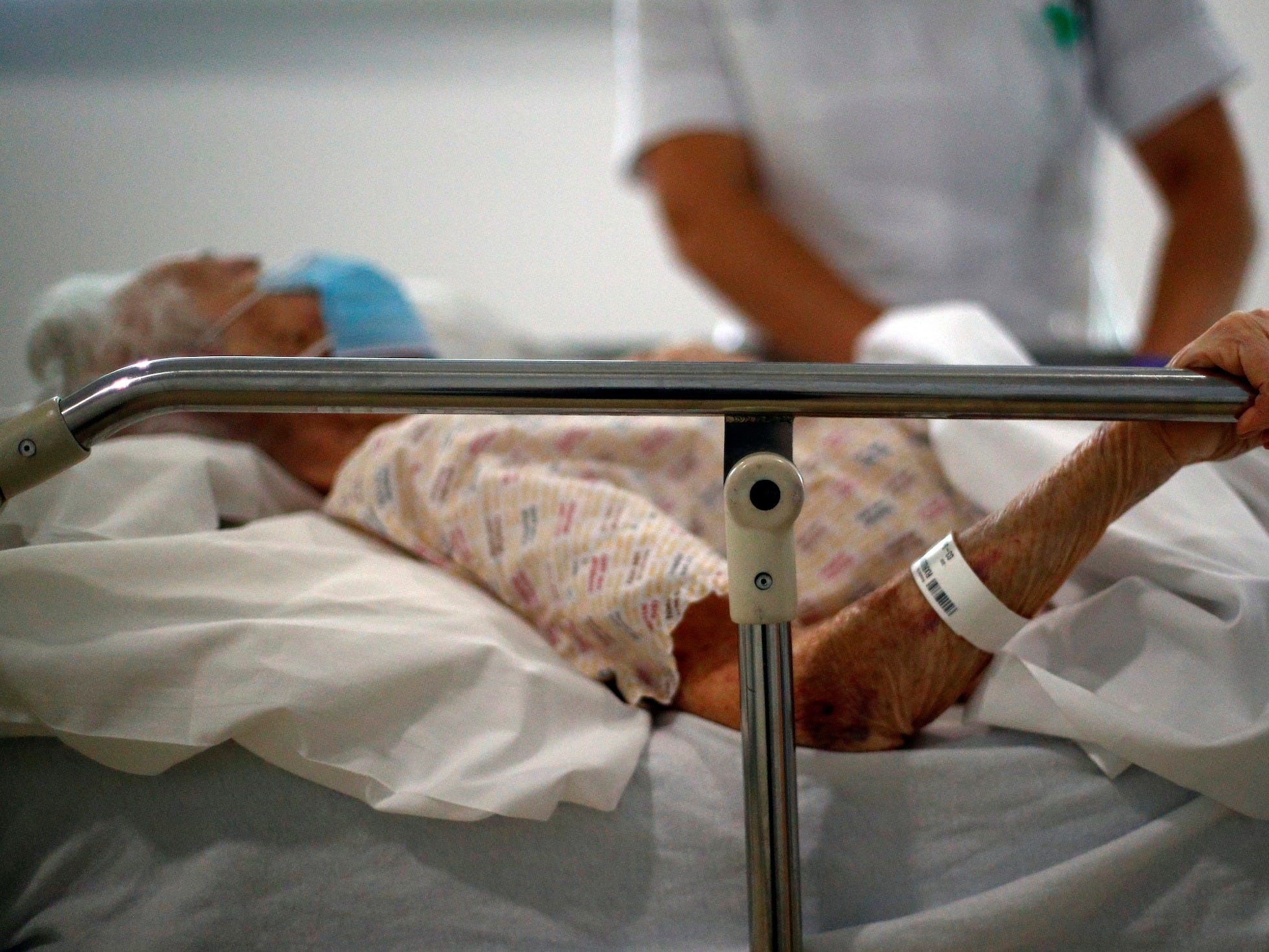 Hannah McKay/ReutersPatient Doreen Mount is comforted by a Radiologist in the X-ray department at The Royal Blackburn Teaching Hospital in East Lancashire, following the outbreak of the coronavirus disease (COVID-19), in Blackburn, Britain, May 14, 2020.

“The current case definition of cough and fever, if strictly applied, would miss 7% of our inpatients,” the study authors wrote.

About 4% of the patients had only gastrointestinal symptoms, though the authors noted that “this figure could be an underestimate because these patients fall outside standard criteria for testing.”

The study is ongoing and has recruited more than 43,000 patients, according to a press release. The researchers expect to release more results in the future.