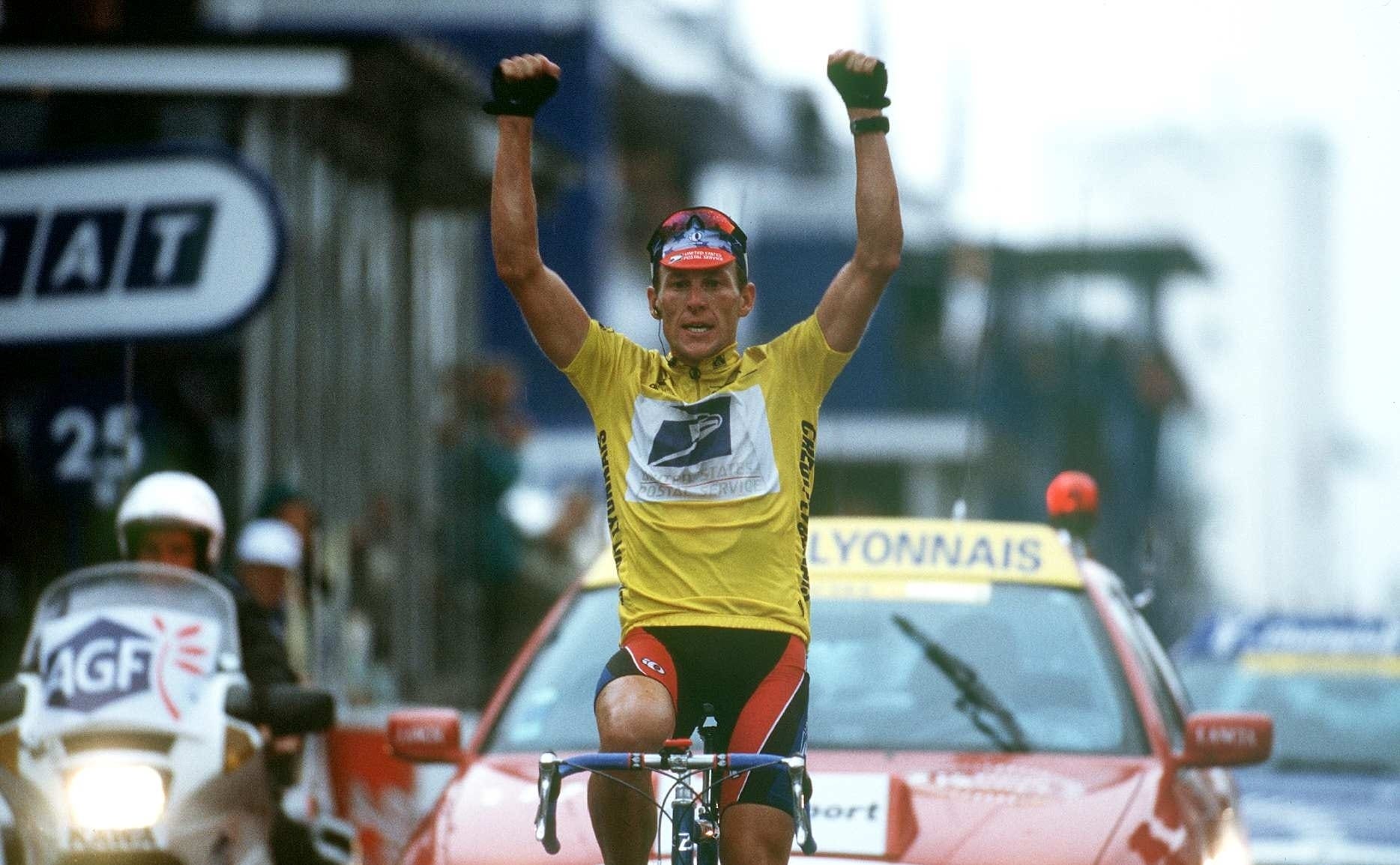 It has been seven years since Lance Armstrong sat down with Oprah Winfrey and admitted to the world that he had used performance-enhancing drugs throughout his career.

The aftermath was one of the biggest downfalls in sports history, as pro cycling’s biggest star, who had won an unprecedented seven straight Tour de France titles, was suddenly revealed to be a liar.

Within 48 hours of the Winfrey interview, all of Armstrong’s endorsement deals were gone and he resigned from the Livestrong Foundation, the cancer survivor’s renowned nonprofit that provides support for people affected by cancer.

In the career-spanning two-part ESPN documentary “Lance,” however, scheduled to begin Sunday, Armstrong said he “wouldn’t change a thing.” It’s just one of many shocking pronouncements made by Armstrong in the doc.

But after years of lying, should we believe anything he says now? 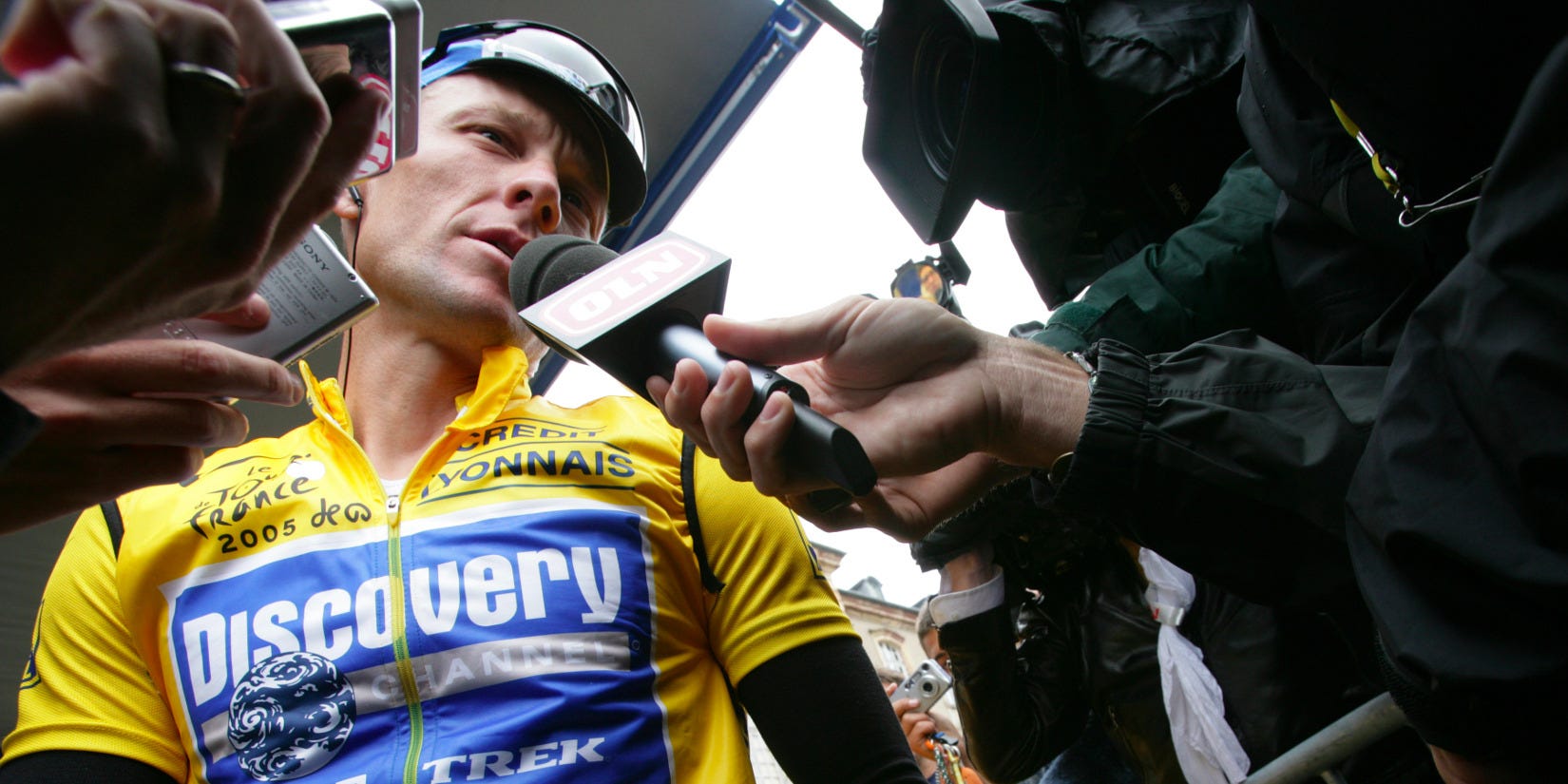 The documentary’s director, Marina Zenovich (“Roman Polanski: Wanted and Desired,” “Robin Williams: Come Inside My Mind”), acknowledges wondering the same thing when she was offered the documentary by ESPN Films in January 2018.

“My first thought was, ‘Why?'” Zenovich told Insider.

But after a conversation with Libby Geist, the vice president and executive producer of ESPN Films, Zenovich was all in on the project. And in February 2018 she went to meet with Armstrong. Zenovich said Armstrong’s sudden interest in being truthful about his past was evident in recent podcast interviews he had done and ESPN wanted Armstrong to talk like never before for its cameras while he was still in the mood to be open. Zenovich said the initial meetup with Armstrong was brief but quickly showed that he would be great on camera.

A month later, Zenovich and her crew were in a hotel suite just outside Washington, DC, preparing for the first in a series of interviews with Armstrong.

He was already two hours late.

Armstrong was in Washington hashing out a settlement with the federal government, which claimed he defrauded it by using performance-enhancing drugs while on the US Postal Service’s cycling team.

Zenovich was all set for the first interview with Armstrong for the doc, which he agreed to do after a day of mediation with the feds in March 2018 (in April of that year, it would be reported that Armstrong would pay $US5 million to settle the federal fraud case).

“He came out, and we were set up to film in the car,” Zenovich said. “We asked if we can do it in the car, and that’s what’s in the doc of him talking about the case.”

Zenovich could see that, with the federal case behind him, Armstrong gradually became more open to talk in their interviews.

“Despite the fact that he had to write a big check, it was over and I could feel him moving on,” Zenovich said. “What I love about the film is that it captures a moment in time. I don’t think he would be as open right now.” 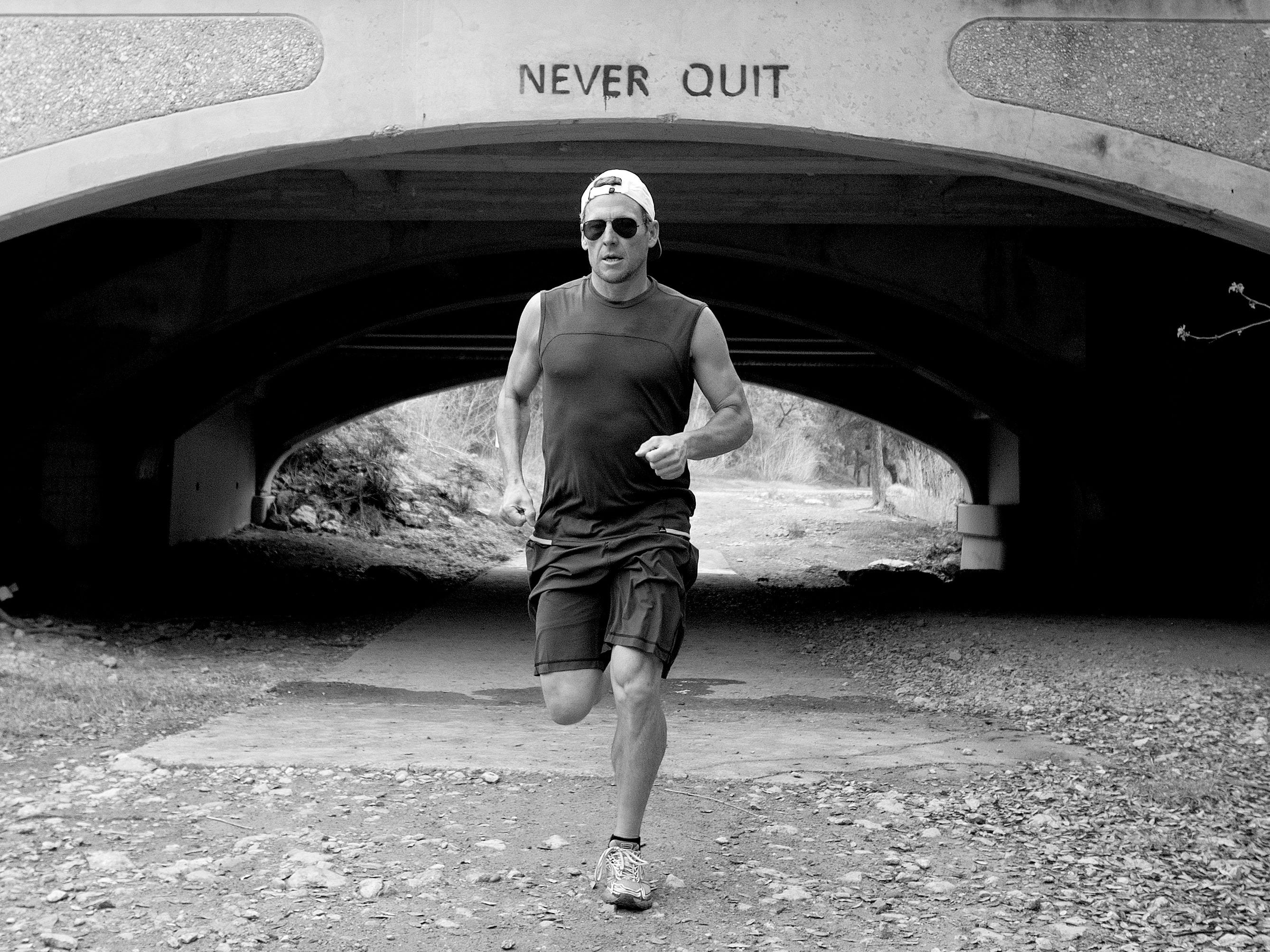 “Lance” looks at the career of Armstrong, from coming out of nowhere at 15 years old competing in triathlons to receiving a diagnosis of testicular cancer in 1996 as he ascended the ranks of cycling, recovering, and winning the Tour de France each year from 1999 to 2005. The world saw him as an inspiration, and he would become one of the most recognisable faces in the world, even being engaged to Sheryl Crow.

But through all that, rumours about his doping were constant, and he always vehemently denied them. It wasn’t until 2012 when the US Anti-Doping Agency revealed that Armstrong was using PEDs throughout his career.

Armstrong speaks candidly throughout “Lance,” acknowledging that he began taking PEDs at 21, not hiding his hatred for Floyd Landis – a fellow cyclist who accused Armstrong and others of doping – and giving vivid insight on his colossal downfall.

But despite all this great interview footage, Zenovich said she had to be vigilant of making sure Armstrong didn’t spin the truth.

If there’s one thing interviewers learn quickly about Armstrong, it’s that though he gives compassionate answers, it’s not always clear whether he’s giving honest ones.

The Oscar-winning documentary filmmaker Alex Gibney experienced that firsthand when he followed around Armstrong in 2009 during Armstrong’s comeback to cycling only to be blindsided when Armstrong finally admitted to doping. The result is the 2013 doc “The Armstrong Lie” that looks back on Armstrong’s bald-faced lies in front of Gibney during his comeback alongside more somber interviews he did with the filmmaker after the interview with Winfrey.

“I watched ‘The Armstrong Lie’ the night before I met Lance,” Zenovich said. “But a lot of time has passed since that, and I felt I was going to get something that was different.”

But that didn’t mean Zenovich wasn’t on guard. 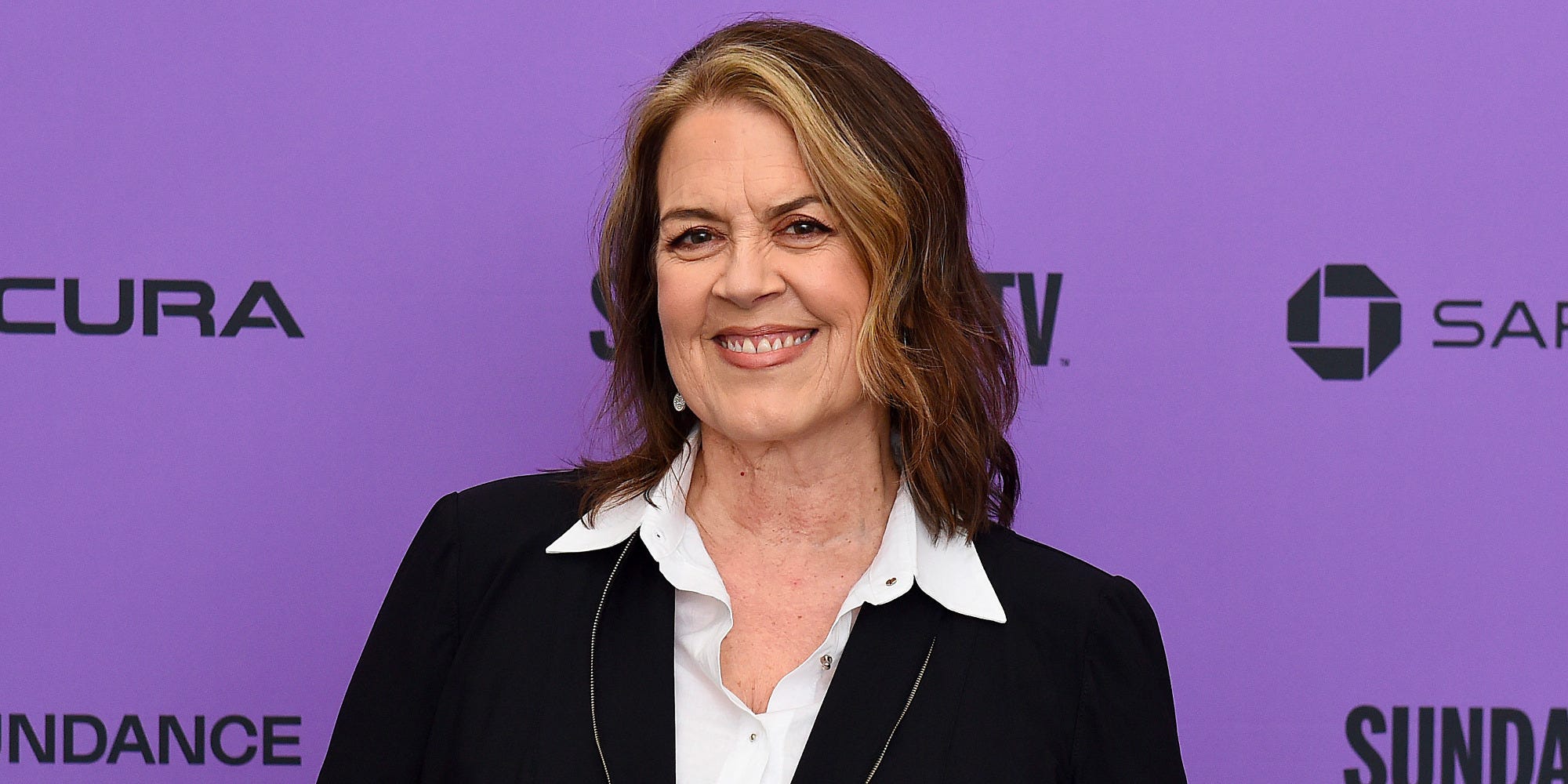 She said the best way to show how Armstrong was in interviews was to just let the camera roll. In one exchange in “Lance,” while Armstrong dances around a question you hear Zenovich say off-camera, “don’t deflect.”

“I would try to let him reveal himself by his own behaviour and then just keep pushing him for answers,” she said.

The result is a powerful two hours of television that use archival footage of Armstrong’s rise and fall mixed with interviews Zenovich did with Armstrong over 18 months in which nothing was off-limits.

Zenovich is confident the true Armstrong is captured in “Lance” because there’s no reason for him to lie anymore.

“Though the fall was as horrible as it was, on some level it freed him,” Zenovich said. “He says in the doc, ‘I needed a nuclear meltdown,’ and I think that’s the only thing that could have pushed him to where he is now. He has a better relationship with his kids and his fiancée has been with him for 12 years now. I honestly believe he wouldn’t change a thing.”